Historical Board Games Used to Be Quite Different from What We Play Today!

While board games can be traced all the way back to ancient Egypt, the amount of time needed for playing games in a medieval and colonial times was a precious commodity. Not only that, but many Puritan leaders frowned upon the folly of game playing, instead urging people to worship and work. So it’s not all that surprising that board games of the past had a much different look and feel to them. 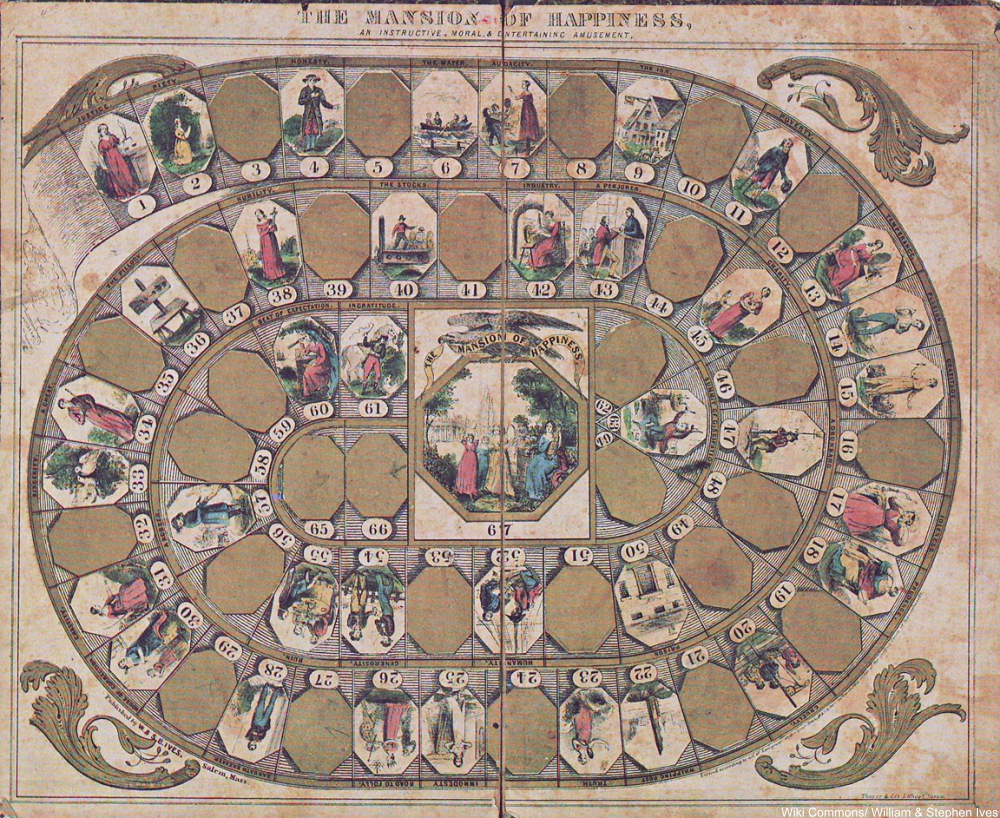 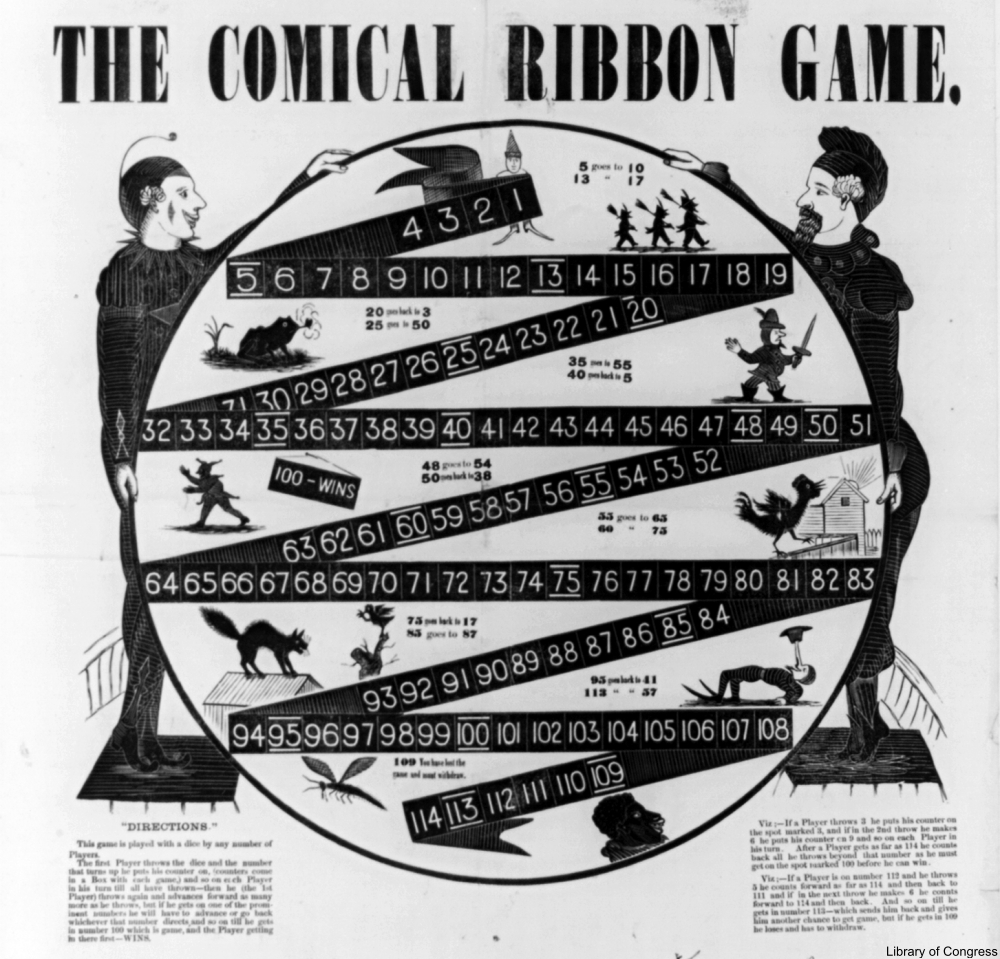 Before the many modern incarnations of board games we have today, the strategy involved in these leisure games was much alike from one game to the next. Many games called for players to traverse the board from one point to another, much like a journey or race, and there was no second time around- much like a journey or like life. Though games of chance, the moral implications of landing rolling a wholesome or sinful number reflected the moral themes that ran through many board games of the era. 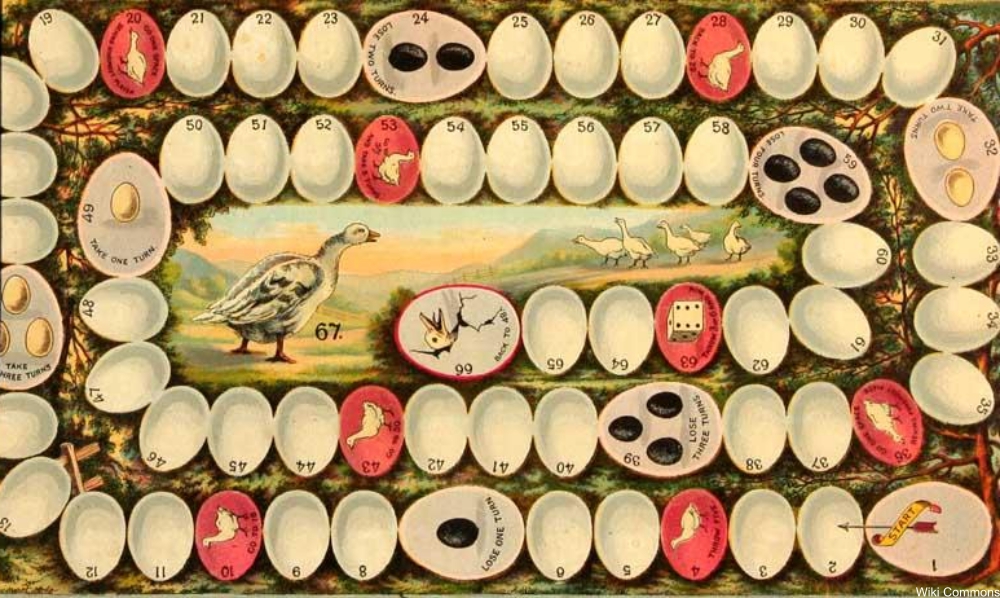 The Game of Goose. Via/ Wiki Commons

The Game of Goose dates back to the 16th century in Europe and serves as the basis for all path-inspired board games that followed.

This style of board game was the norm until the 20th century. It wasn’t until Lizzie Phillips invented the precursor to Monopoly (The Landlord’s Game) around the turn of the century that the concept of continuous play was introduced to the public. 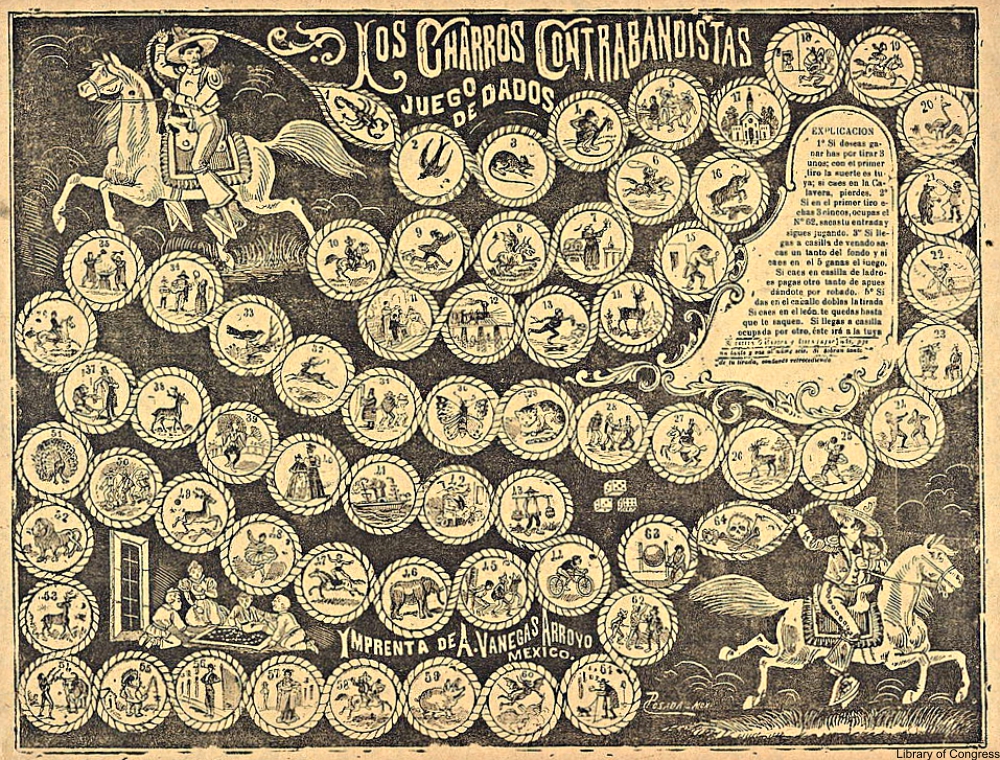 Turn of the Century Cowboy Smugglers game from Mexico. Via/ Library of Congress

In this new style of board game a goal is achieved parallel to the movements on the board, with the number of trips around the board coming to an end when the other goals are achieved and not because the play area has been completely traversed. With the incredible sales of Monopoly in the ’40s and ’50s, this style of play has since become the most popular concept of a modern board game. 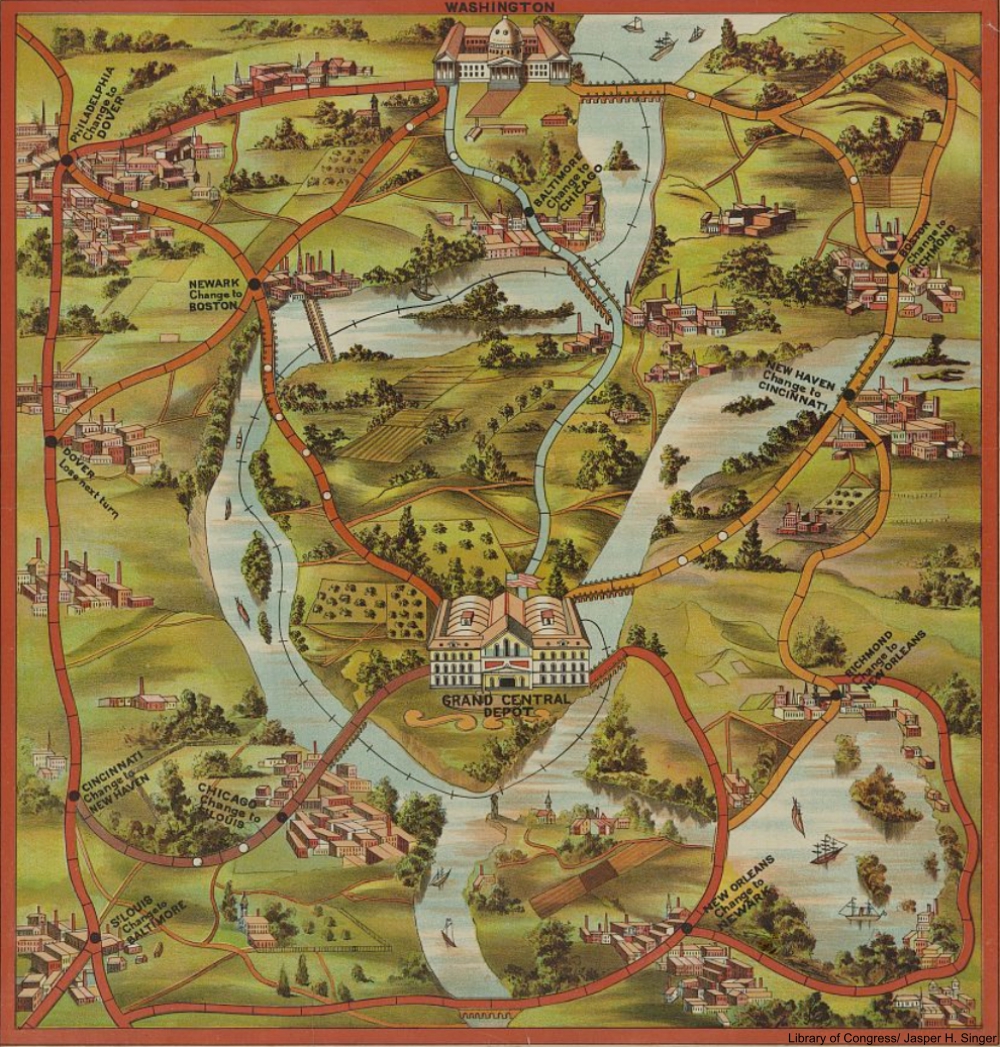 The Road to Washington Game, 1880s. Via/ Library of Congress 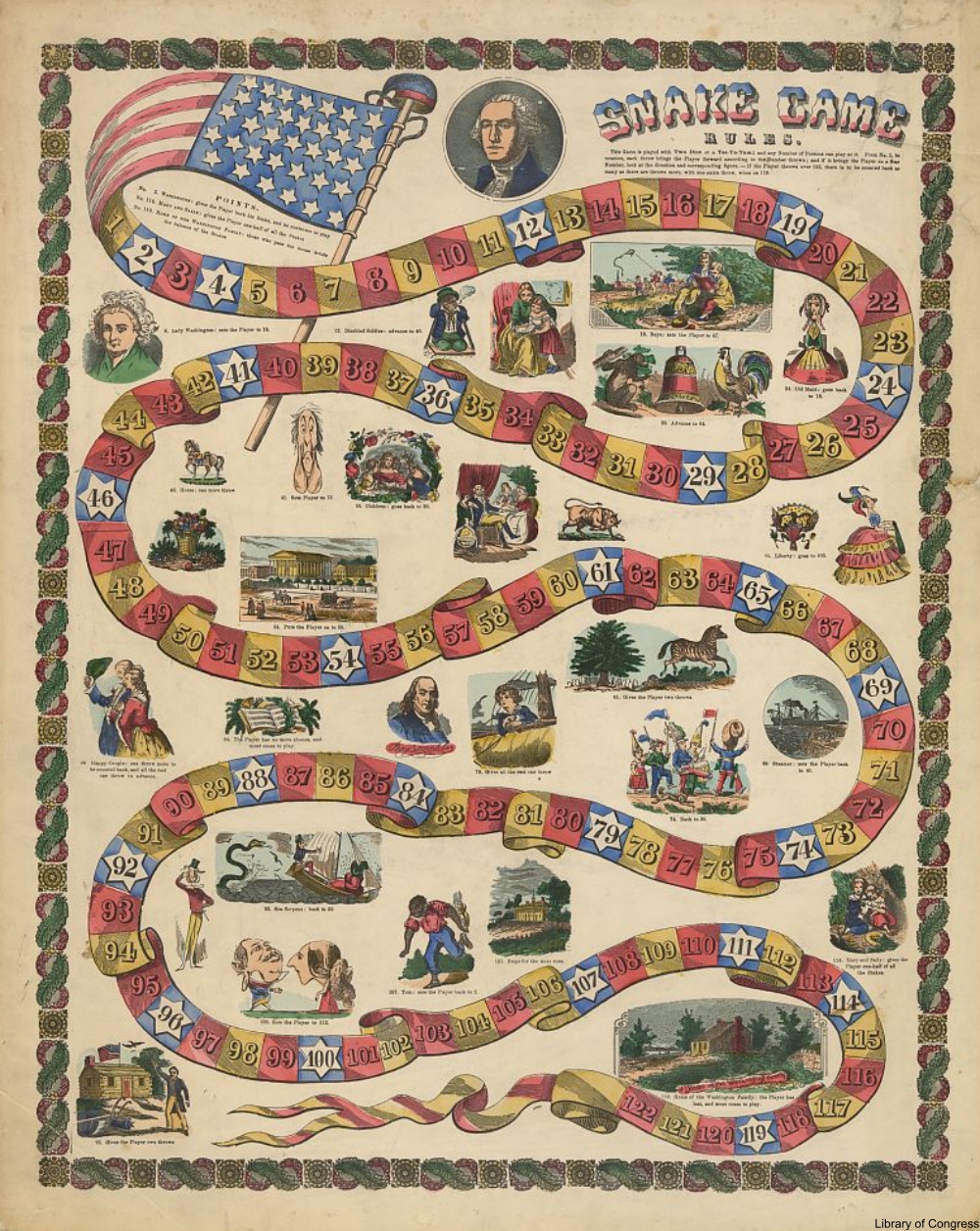 The Snake Game, circa 1850. The end point is when you reach the “home of the Washington family.” Via/ Library of Congress

These 18th and 19th century games make reference to ribbons or snakes because of how the play path is shaped, like a winding road to get to your destination. It’s the difference between Candy Land and Sorry!- a single trip or one that goes round and round- a difference which might speak to how differently we see life in modern times.

Click here to read about the old-fashioned games that are dying out!