The 1946 Nylon Riots: Unruly Crowds of Women Battled for Stockings

Nylon stockings were first created in the 1930s and prototypes were ultimately unveiled by DuPont in Wilmington Delaware in 1939. The stock sold out immediately. Women were delighted with the stretch and durability of nylons. You could say it was love at first sight – which only made it harder to give up once the war effort forced all consumer nylon production to a screeching halt. 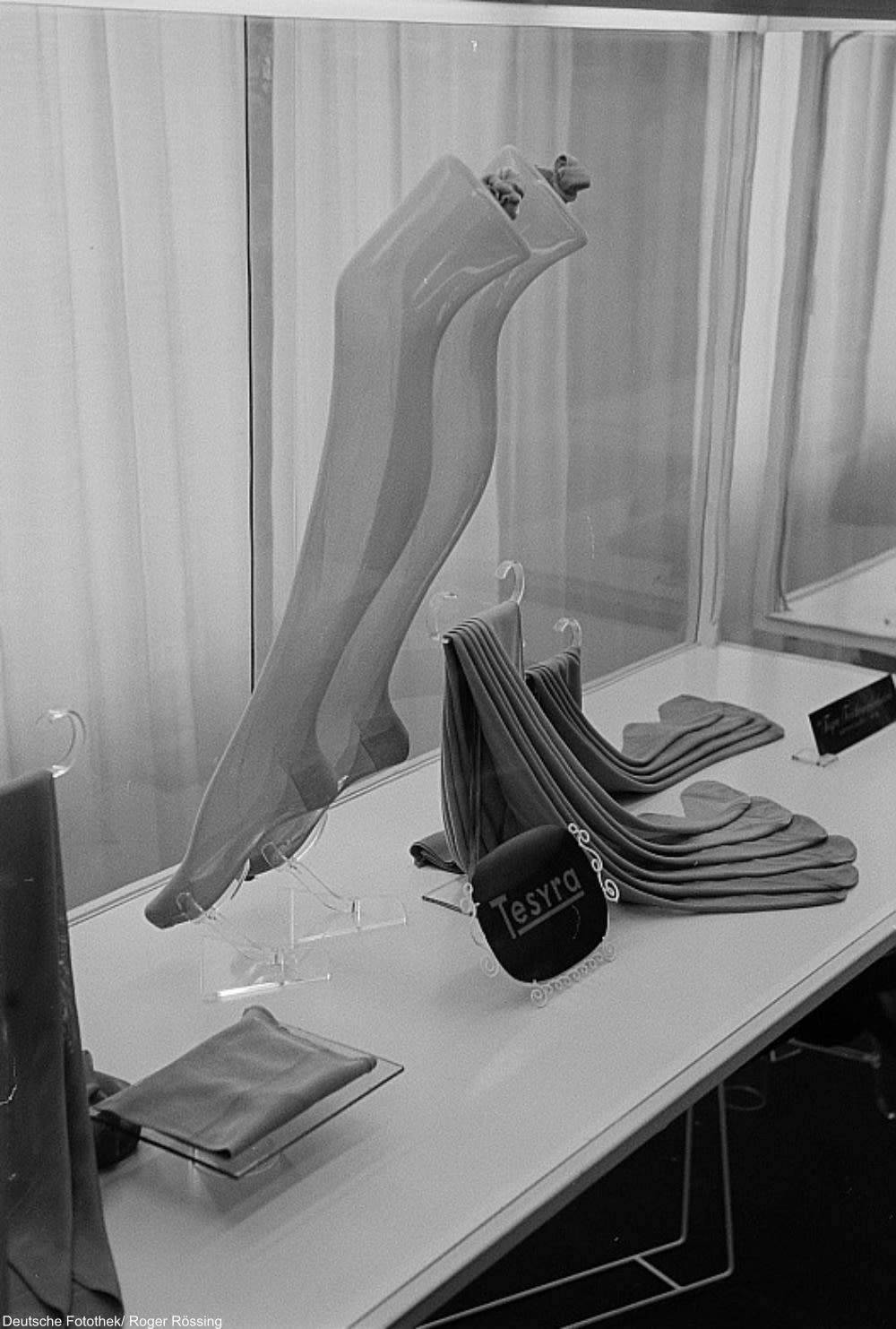 These high tech hosiery fashion items soon were selling out all over the country, but DuPont ramped up production in order to meet demand. Women across the U.S. ceased to use silk or rayon, instead mostly wearing only nylon stockings. After the U.S. entered World War II in 1941, nylon became a military commodity reserved exclusively for things like parachutes, ropes, thread, and tire cording.

The loss of nylons was felt bitterly during the war years. Women reported burglaries of nylons and black markets for stockings knit with pre-war hoards of nylon thread popped up all over the country.

Women were encouraged to turn in their old stockings so they could be reused for military manufacture. Meanwhile none of the nylon being produced during the war years was made into stockings, much to the disappointment of women. In the interim women applied gravy browning, special lotions, and eyeliner to achieve the look of nylon stockings in the absence of the real thing. 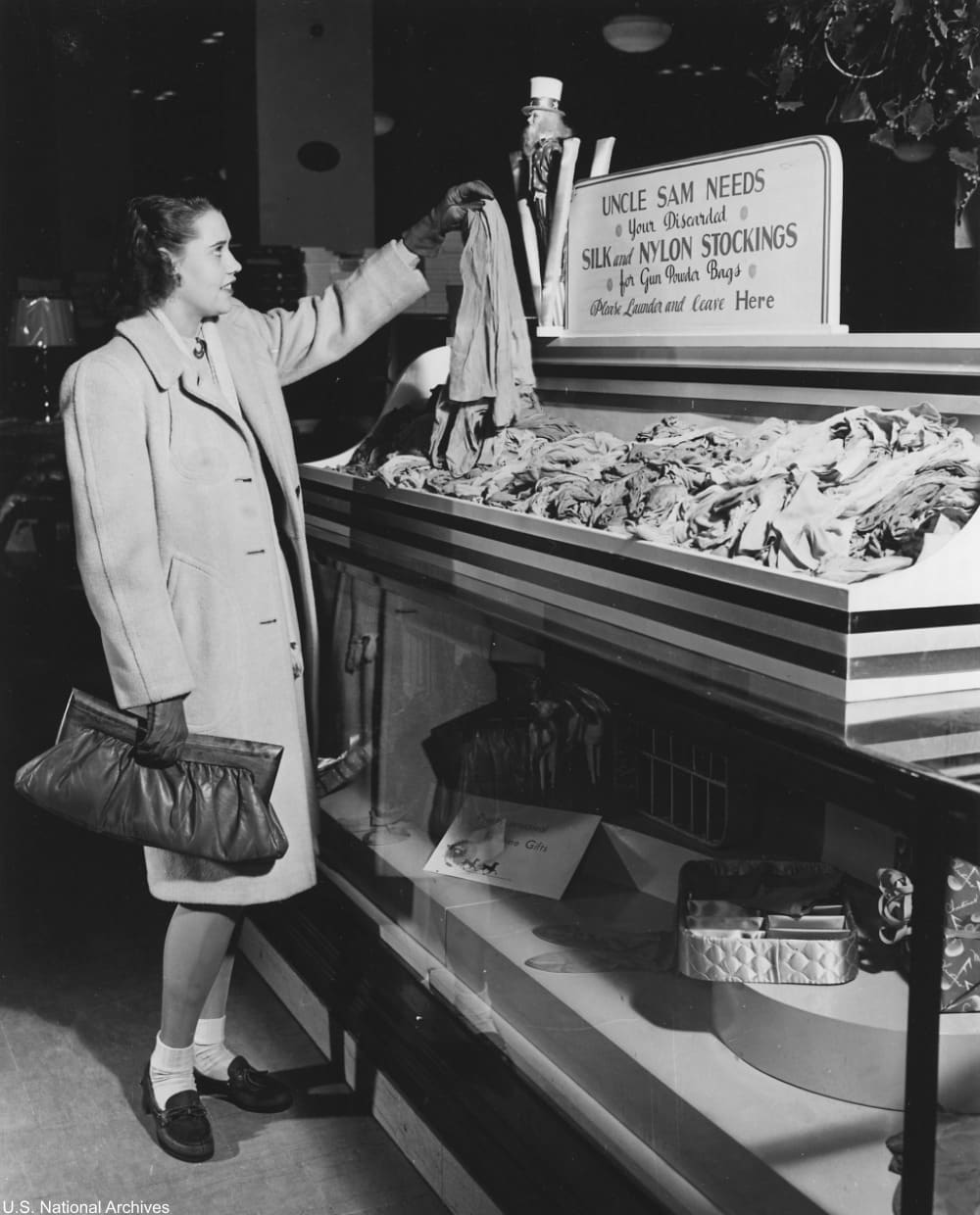 In late 1945 DuPont started up production again, but they could not keep up with the demand from virtually every stocking-wearing women in America. Long deprived of a convenient fashion item, women were desperate to get their hands on nylon stockings again. When limited production runs of nylon stockings first hit department stores, women lined up around the block each time. This led to crowded department stores and angry crowds of women.

In the East Liberty neighborhood of Pittsburg, Pennsylvania, the worst of these incidents happened in 1946 when 40,000 women queued up to buy 13,600 pairs of stockings. 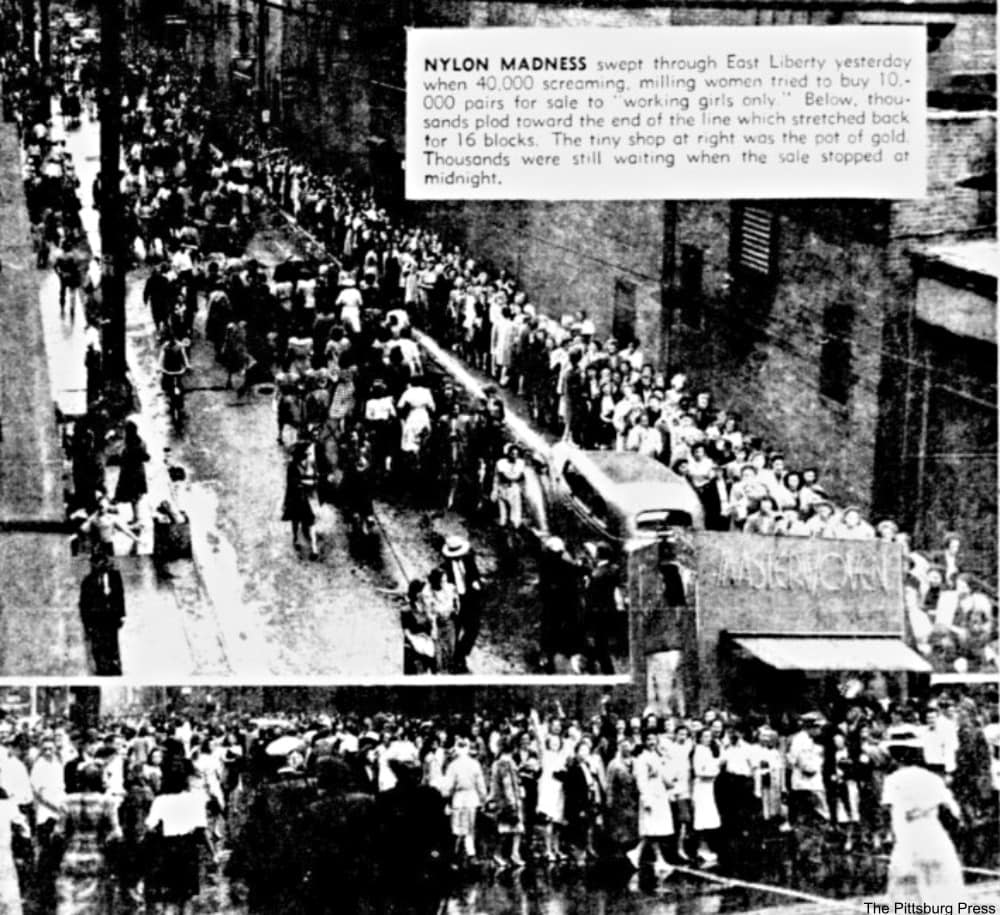 1946 Pittsburg Press photos from the worst of the Nylon Riots. Via/ Google News.

The Nylon Riots (as they became known) had women standing in line for hours, clerks working until midnight with little no rest, and women scratching and clawing to get their particular size and shade of stockings as women clamored to buy their most essential accessory. Back in the 1940s civil disturbances over consumer goods were unusual to say least – unlike today’s spectacles every year on Black Friday. 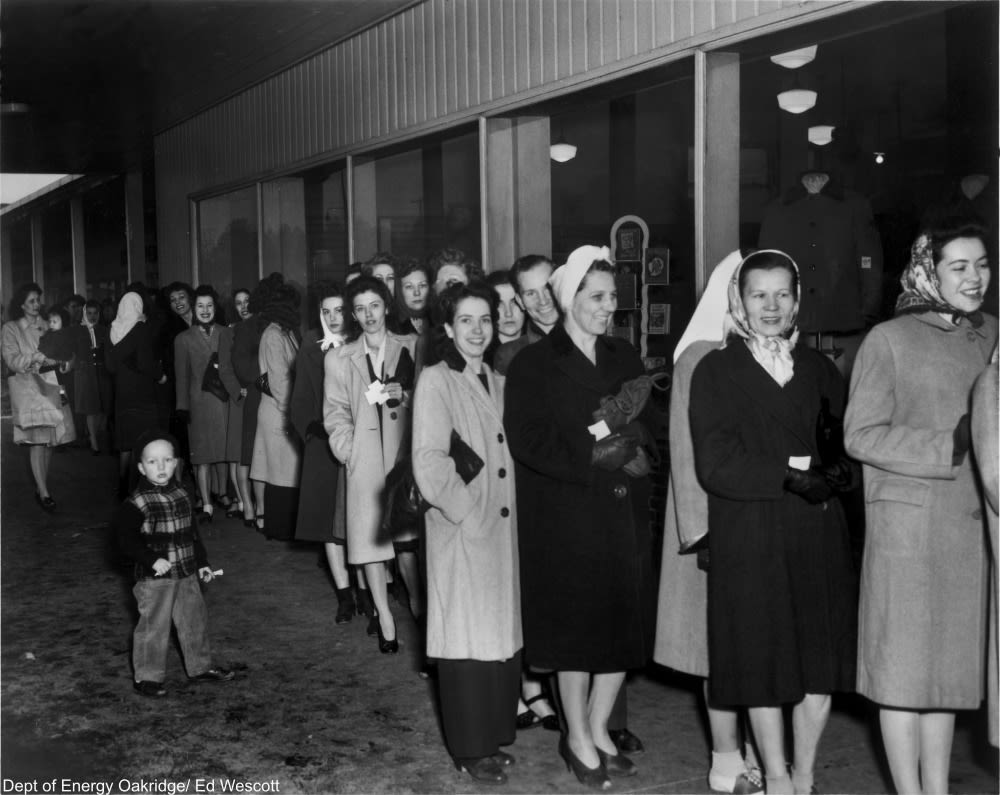 The Nylon Riots in Pittsburg and other cities gradually ceased as nylon production increased to beyond wartime levels, ensuring that every women with a mind to wear them and a few extrabucks could once again enjoy her nylon stockings.

Click “Next Page” to see which fashion trend was huge the year you were born!