In July of 2019, one of three medals that went to the Moon with the Apollo 11 crew was sold through the Dallas-area auction house Heritage Auctions. The medal had belonged to Neil Armstrong and came with a signed statement from his sons, Mark and Rick, that not only had the medal belonged to their father, but that it was also on his person when he walked on the Moon. 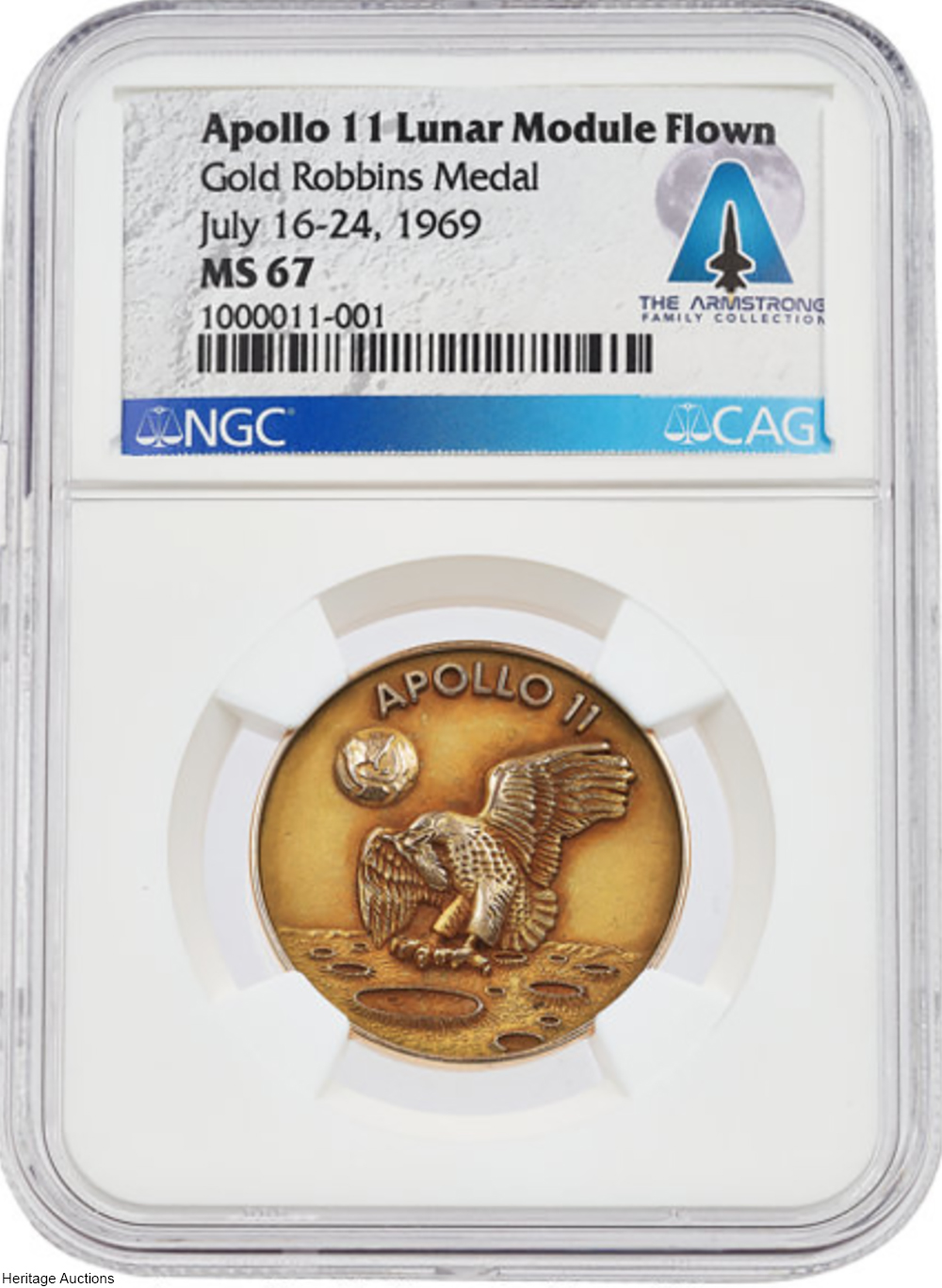 The design of the medal was created by astronaut Michael Collins, one of the three main crew members of the mission. The image on the medal features an eagle flying over the Moon, with Earth in the background and the U.S. clearly visible from space. The craters of the Moon are very pronounced and the eagle has an olive branch in its mouth. A later redesign of the medal moved the olive branch to the eagle’s talons in order to make them seem less aggressive. 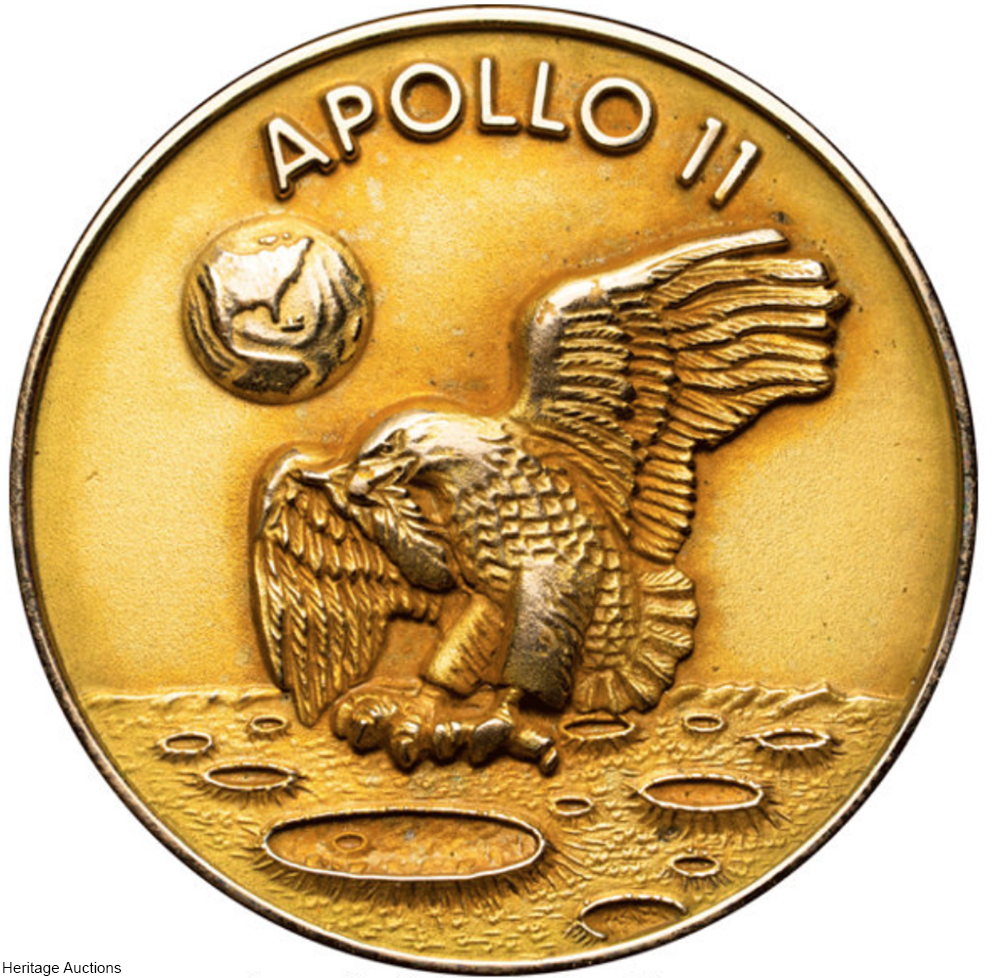 The obverse of the 28mm diameter medal features important dates (launch, landing, and return) for the Apollo 11 mission and the three astronauts’ last names across the top (Armstrong-Collins-Aldrin). There is also a small “14KT” stamp on the gold medal on the bottom. 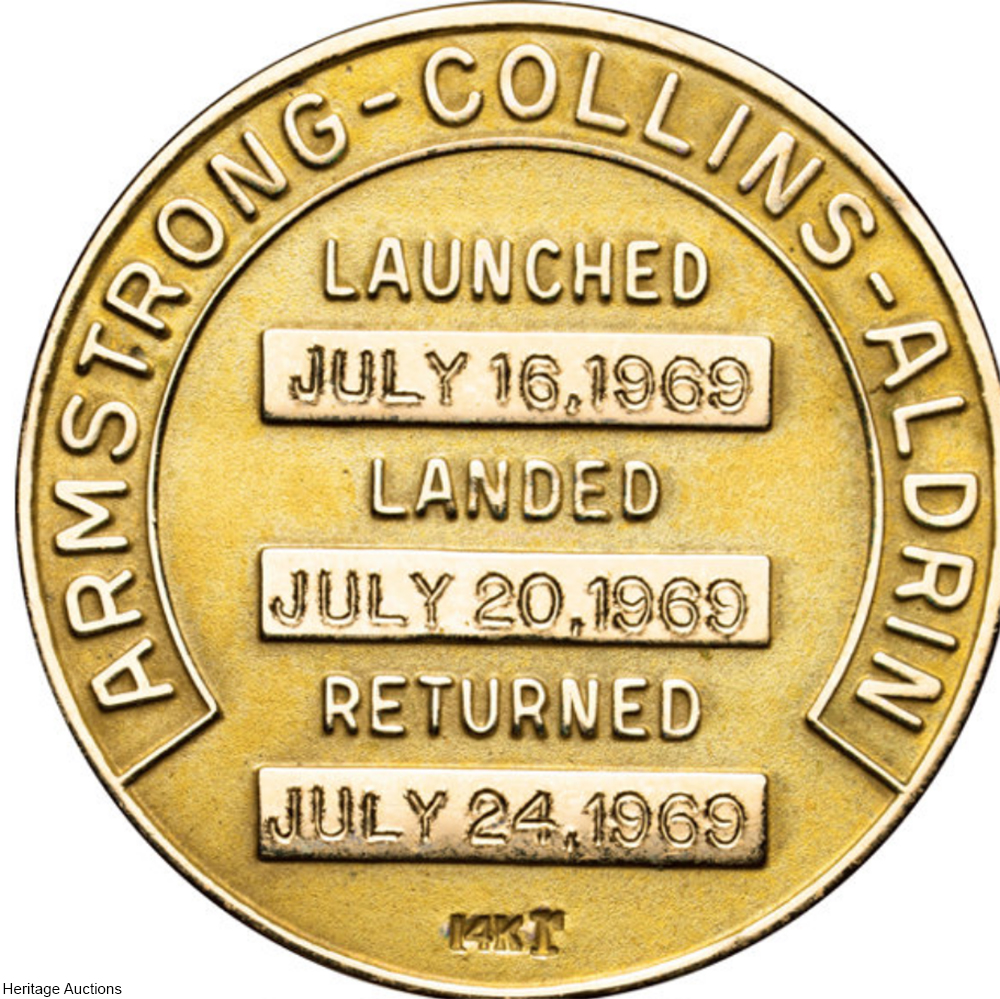 Only three medals of Collins’ original design were created for the mission, making them a truly rare commodity. The recent auction produced a final sale price of $2,055,000 for Armstrong’s medal. As the 50th anniversary of the Moon landing is upon us, this no doubt had an affect on the price.

For the people who were alive during the Moon landing, the fanfare and awe at having achieved such a monumental accomplishment will never be forgotten. Despite the fact that in all 12 astronauts would go on to walk on the surface of the Moon, Neil Armstrong was the first to do so. The anniversary of this event brings back a lot of memories for people. The Moon landing still inspires people around the globe to learn about science and about space travel. 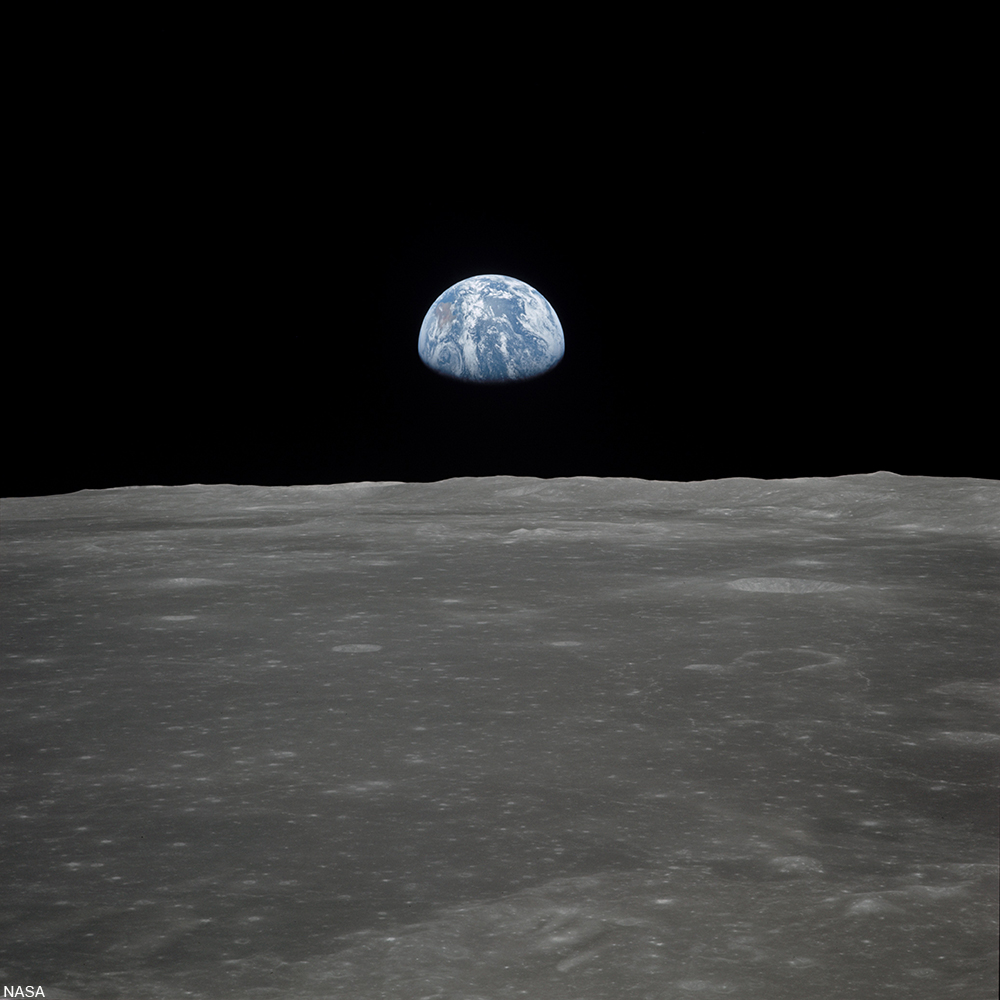 Regardless of the year, objects related to Neil Armstrong and the Moon landing always sell well. Armstrong’s childhood teddy bear, for instance, recently sold for $3,500. In 2018 other objects that Armstrong took to the Moon were auctioned off, also through Heritage Auctions, including pieces of the Wright brothers first flight plane that Armstrong had tucked into his space suit (part of the Armstrong Family Collection). This curated selection contained more than 1,200 items. 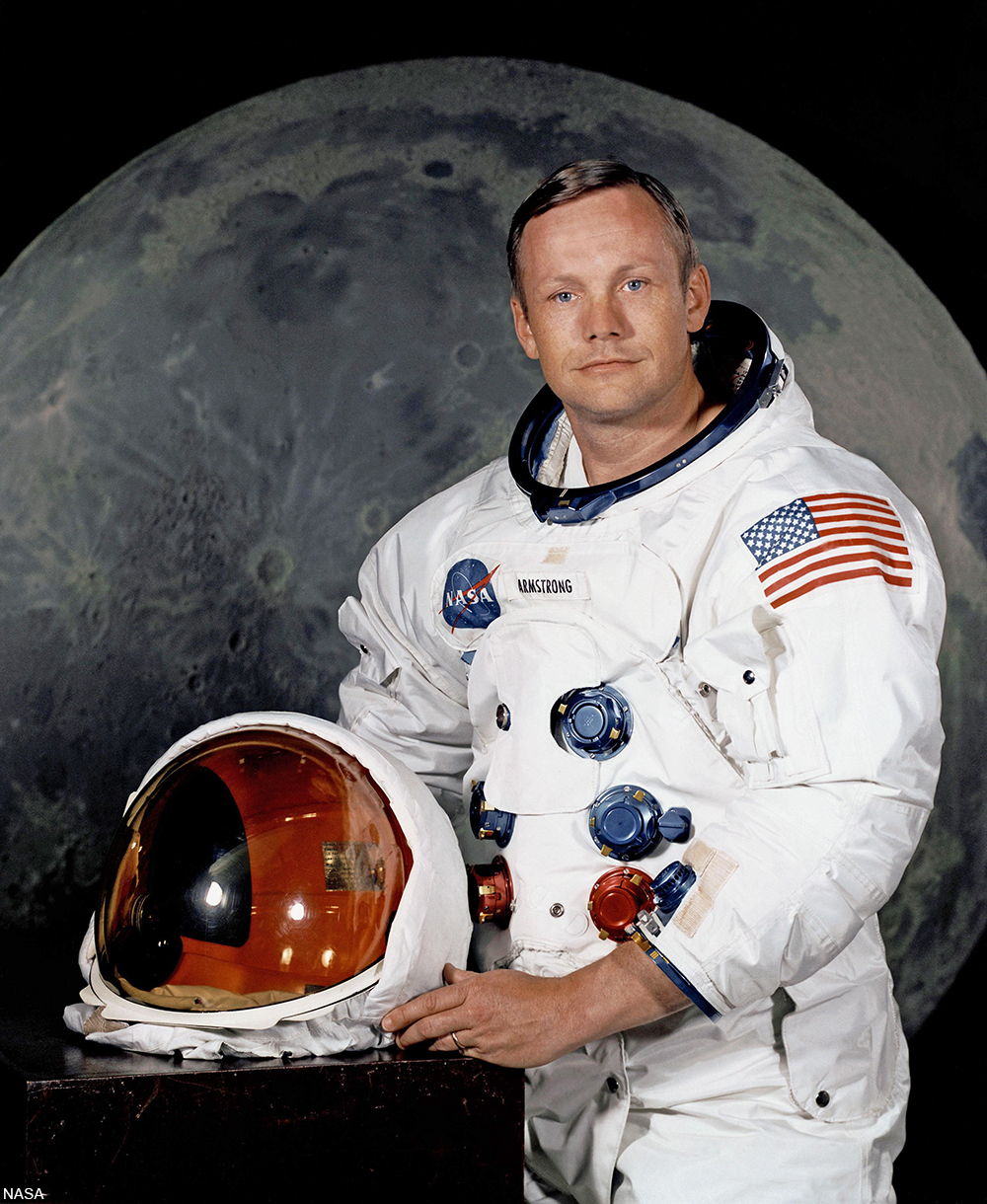 According to Neil Armstrong’s son, Mark, a portion of the proceeds from this high profile sale will be donated to science and aerospace museums, including the Armstrong Air and Space Museum in Ohio among others.

The misheard words of Neil Armstrong's transmission from the Moon landing: Click “Next Page” below!