There are some landmarks that don’t seem to make a lot of sense with their surroundings, and they are all the more special for it. Such is the case with a Laguna Beach structure which has been standing- and mystifying visitors- since 1926. For nearly a century the true purpose of this tower has been muddled with fantasy. 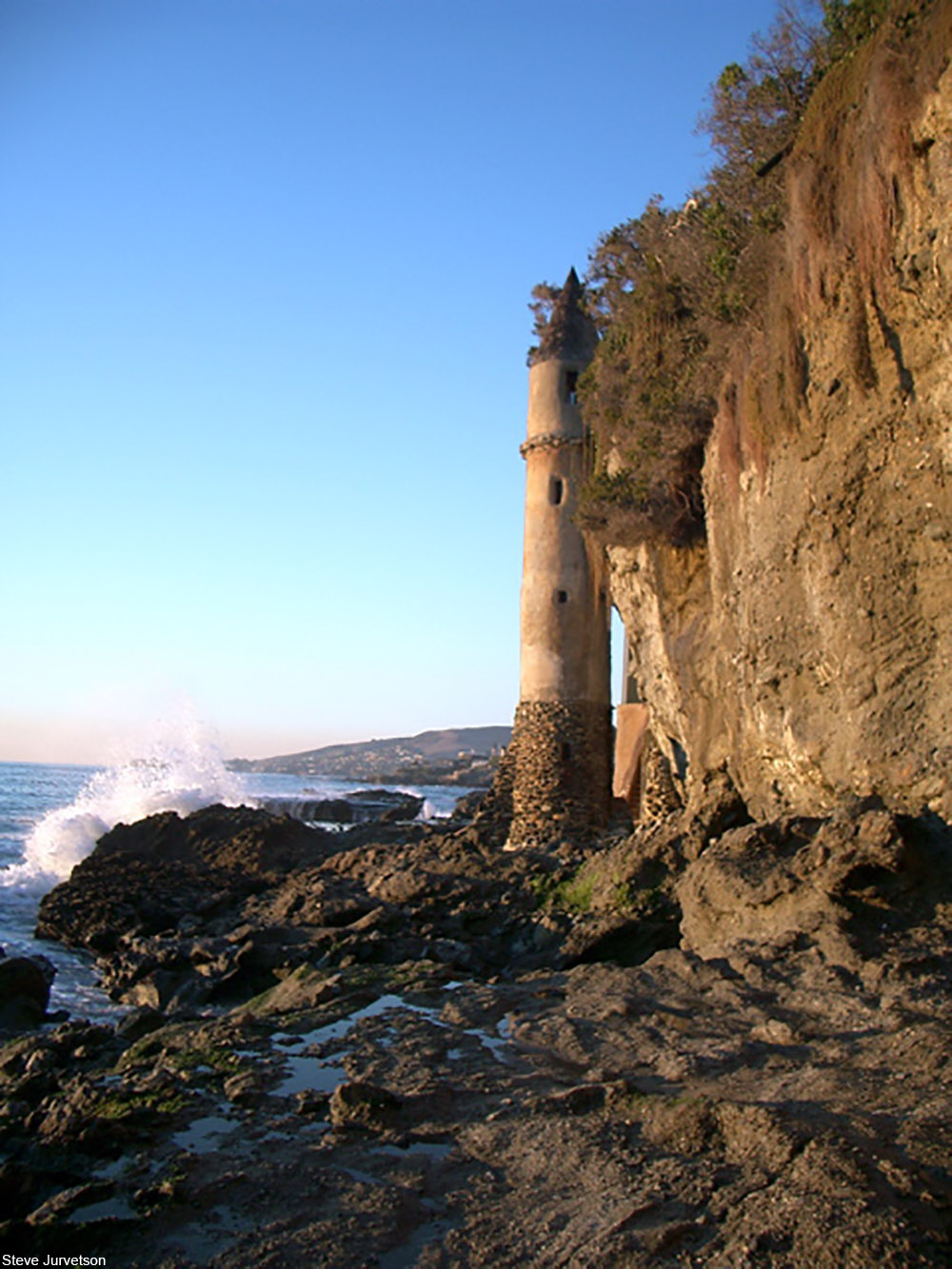 The tower was built as part of his European style home by state senator, William Edward Brown, as a summer home in the resort city of Laguna Beach. The house itself, located up the cliffs from the tower, is known as the “Norman House” and the tower as “La Tour” (French for “the Tower”).

Following World War I, many Americans had gone to Europe and returned with a sense of wonder at Old World architecture. A number of manor houses, storybook cottages, and Tudor homes became popular during this period. The Norman House is no different and was constructed after Brown and his wife had contributed to the war recovery effort in France.

Flash forward to the 1940s and the estate was sold to Harold Kendrick, a naval captain with a fascination for pirates. It is said that Kendrick would place coins among the rocks near and in the crevices of the tower for beach-going local children to find, contributing to the nickname of the place: Pirate’s Tower. 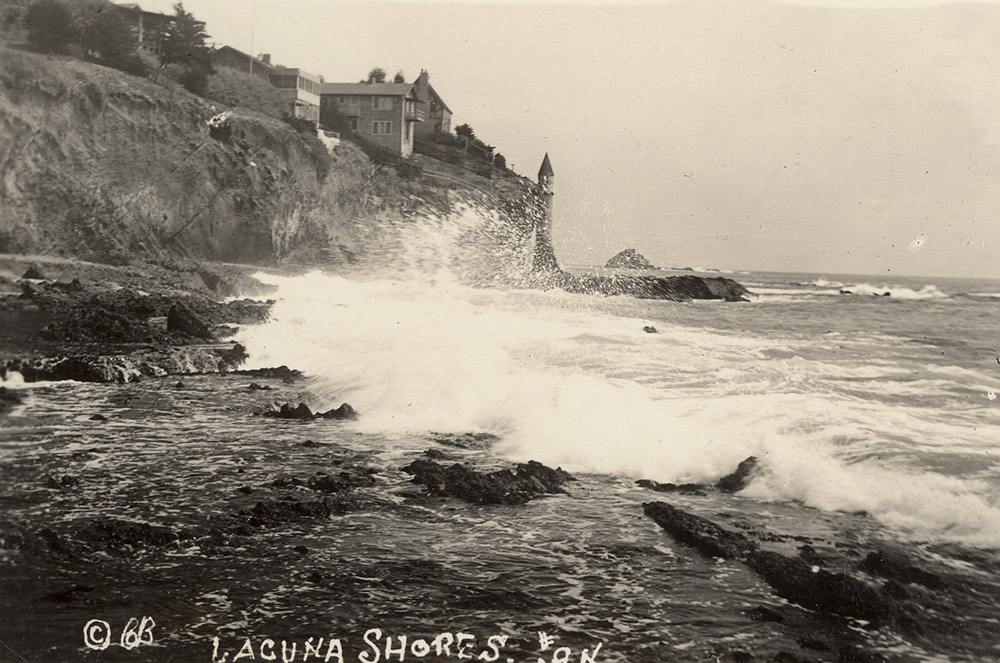 In reality, the mystery of the tower is quite simple – it was built as a set of covered stair to descend from the cliff above where there were houses to Victoria beach below. Today, as ever, the tower is privately owned. It is not open to the public to go inside and has a gate to keep people from ascending its winding stairs. However, visitors to the area still enjoy this fascinating piece of fairy tale architecture plunked down at the water’s edge. The site also is home to a circular stone feature which fills up with water at high tide, and it is believed to have been built by Brown also- although no one knows why.

See the Le Tour in all its glory in the video below.