The Ms. America pageant has always gotten a lot of attention, but do you remember the Mrs. America contest? It’s actually still being held today, although it doesn’t garnet the viewership that the singleton’s pageant does. The Mrs. America Competition was created in 1938. The pageant was also on hold from 1943-1946 because of World War II. However, a changing world meant that the contest was canceled in 1968 until a revival of the ceremony in 1977. The contest has always focused on various aspects, like beauty and charm, but in the old days also featured a plethora of contests on many different aspects of home economics. 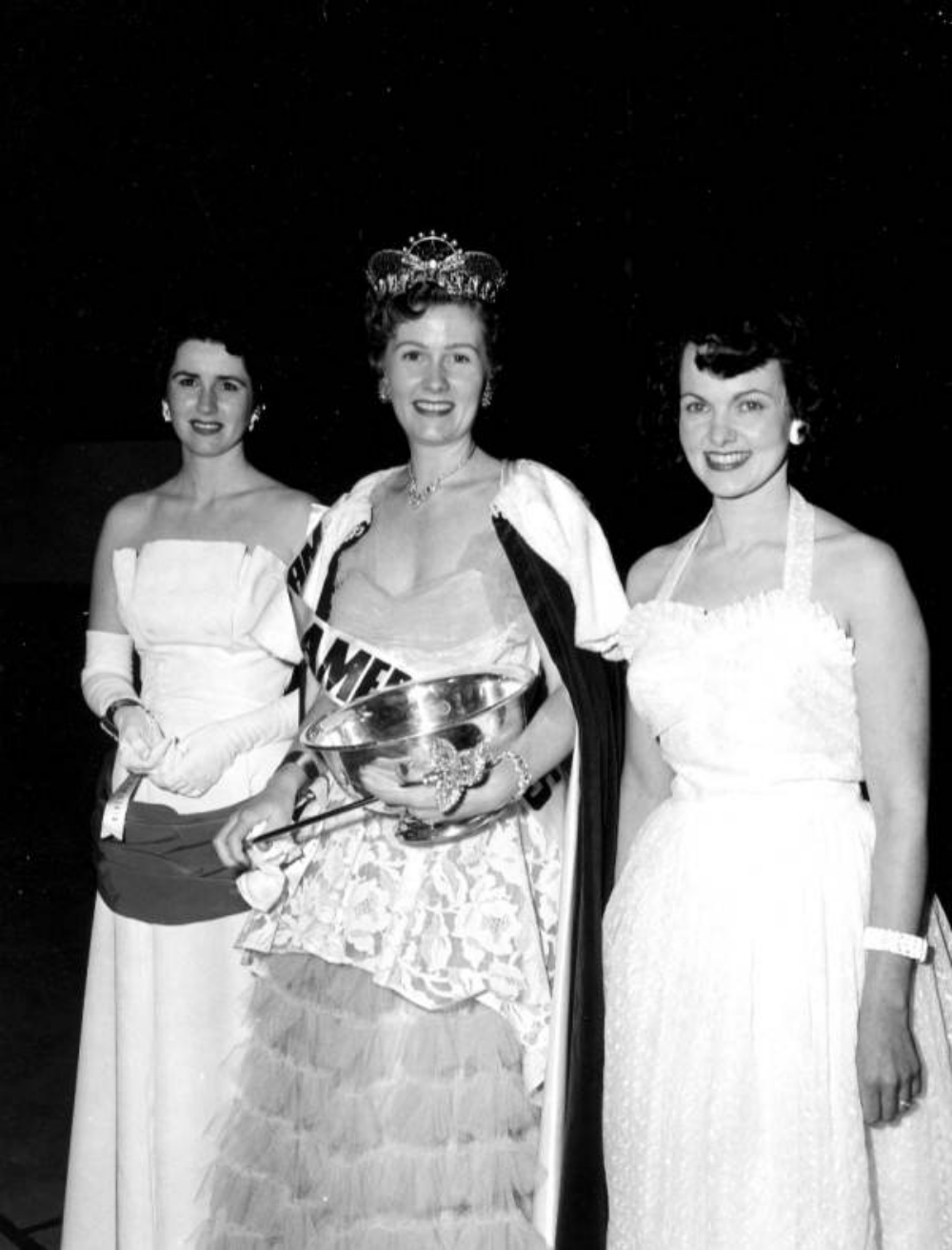 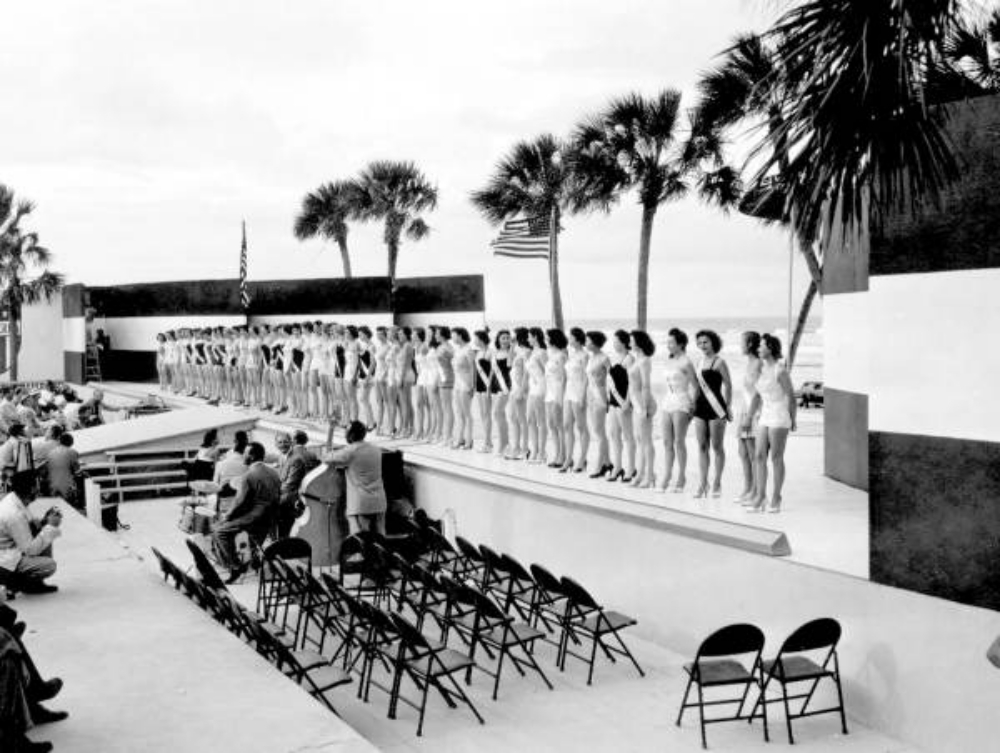 1954 pageant. Via/ State Archives of Florida 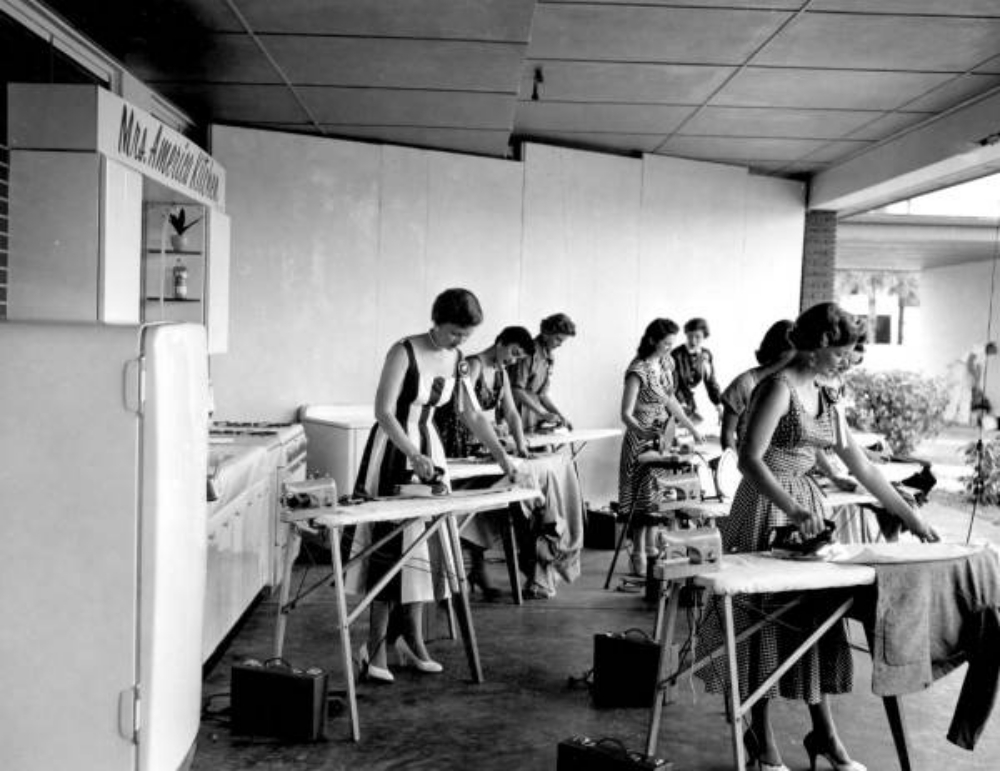 1954 contestants engaged in competitive ironing. Via/ State Archives of Florida

Contestants of yore were judged on their ability to peel potatoes, to iron clothes, and to make their own dresses- among many other categories. These were the things that were expected of women back then and a majority of ladies had great pride in their growing skillset as homemakers. 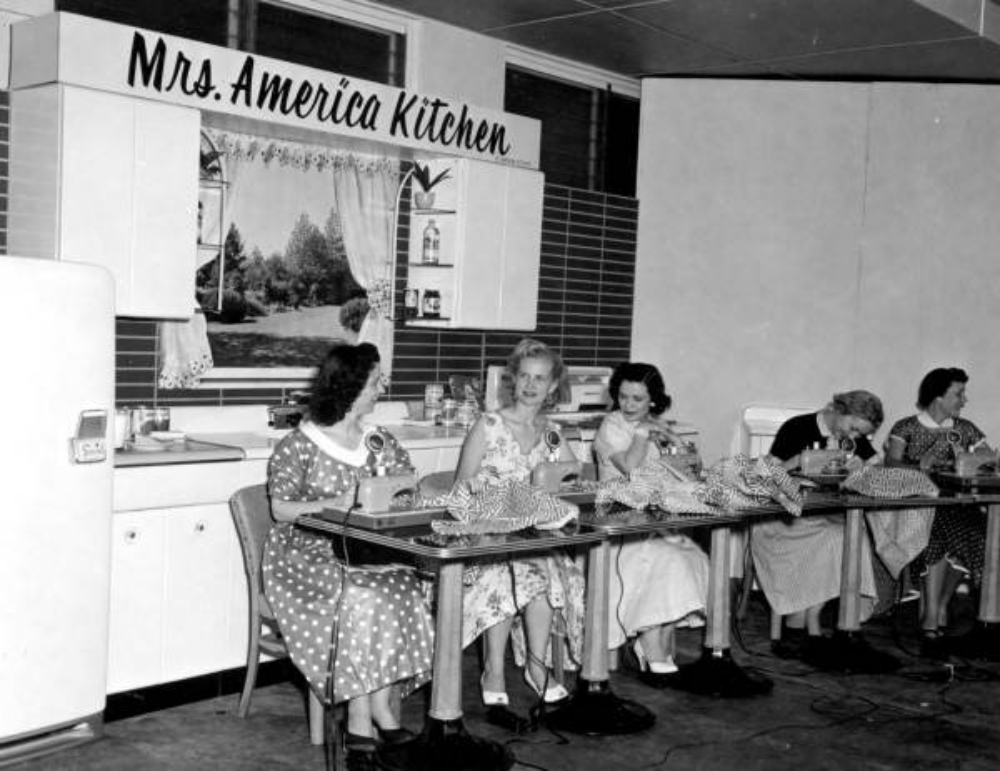 1954 contestants sewing in the Mrs. America Kitchen. Via/ State Archives of Florida 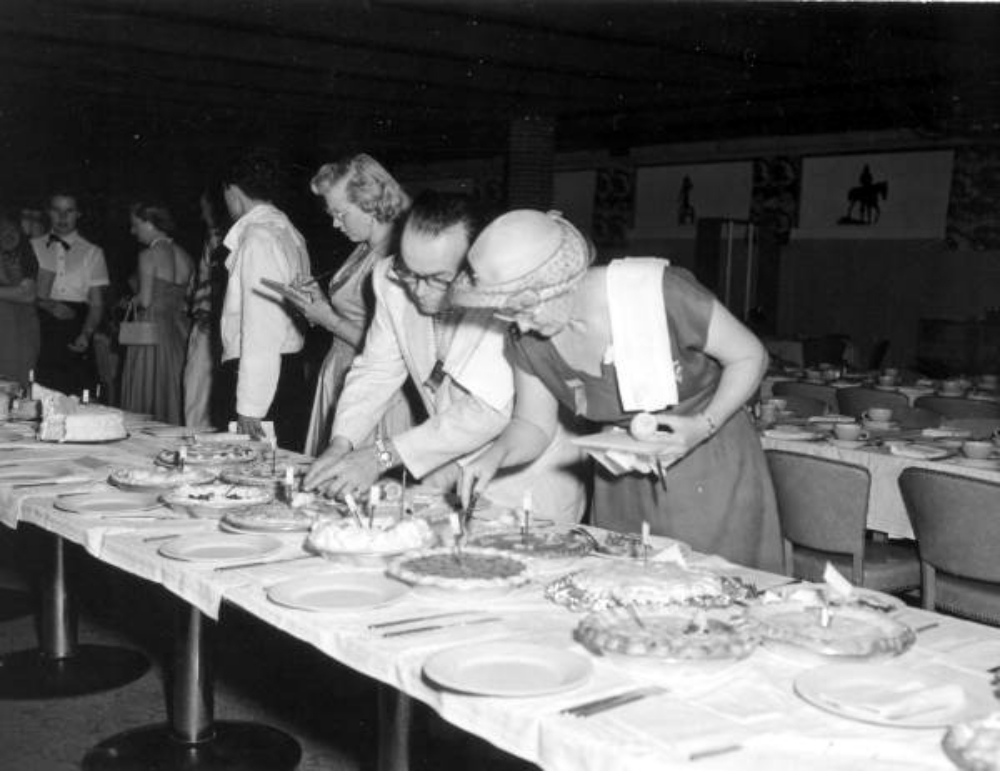 Judges inspect pies that contestants have made as part of the competition, 1954. Via/ State Archives of Florida 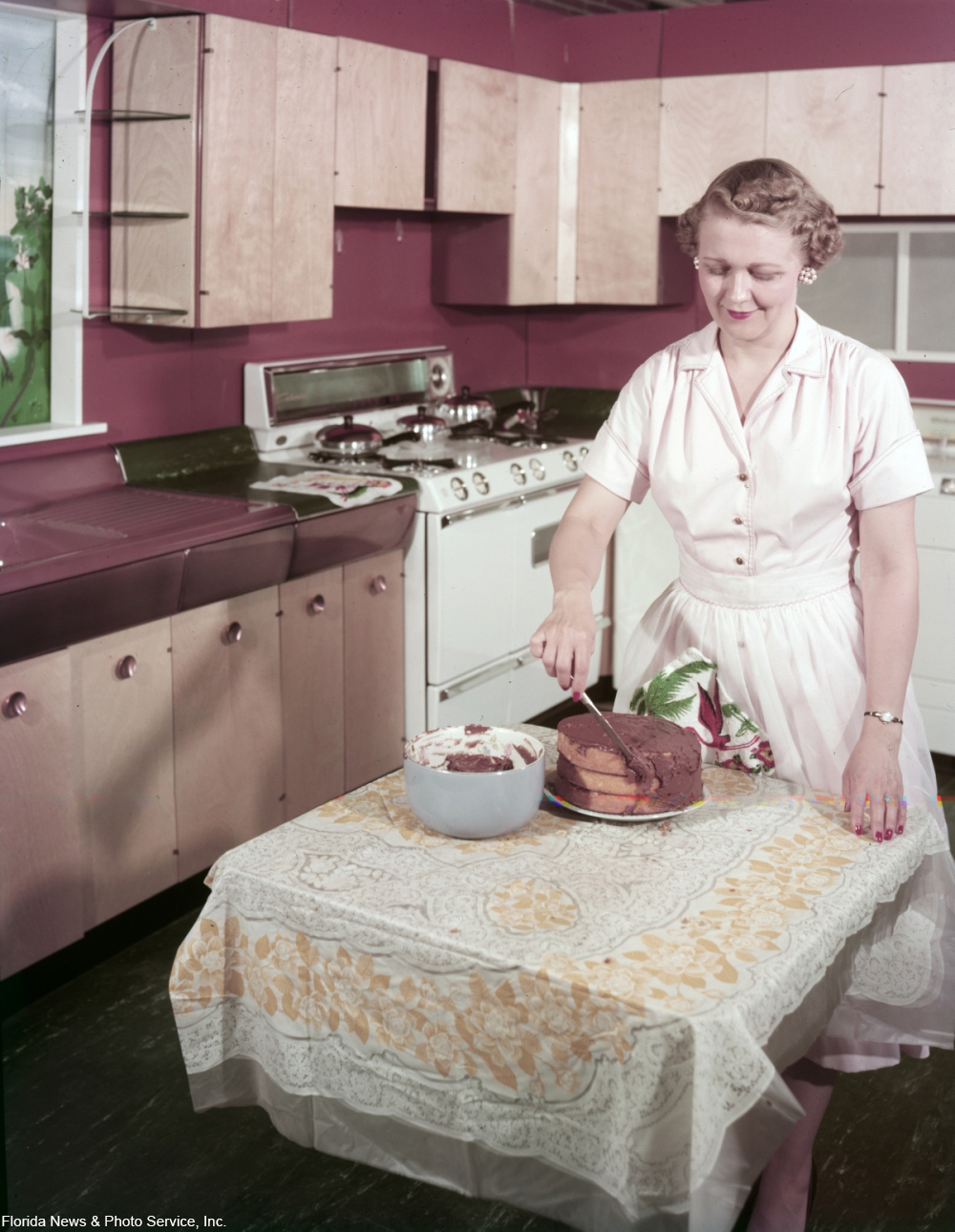 In publicity photos, many of the contestants were featured with their husbands and families, shown doing housework or attending grand openings. Many husbands at the time probably would have been extremely proud to have their wife win such a competition, where not only skills, but beauty was a huge factor in who won the prize. 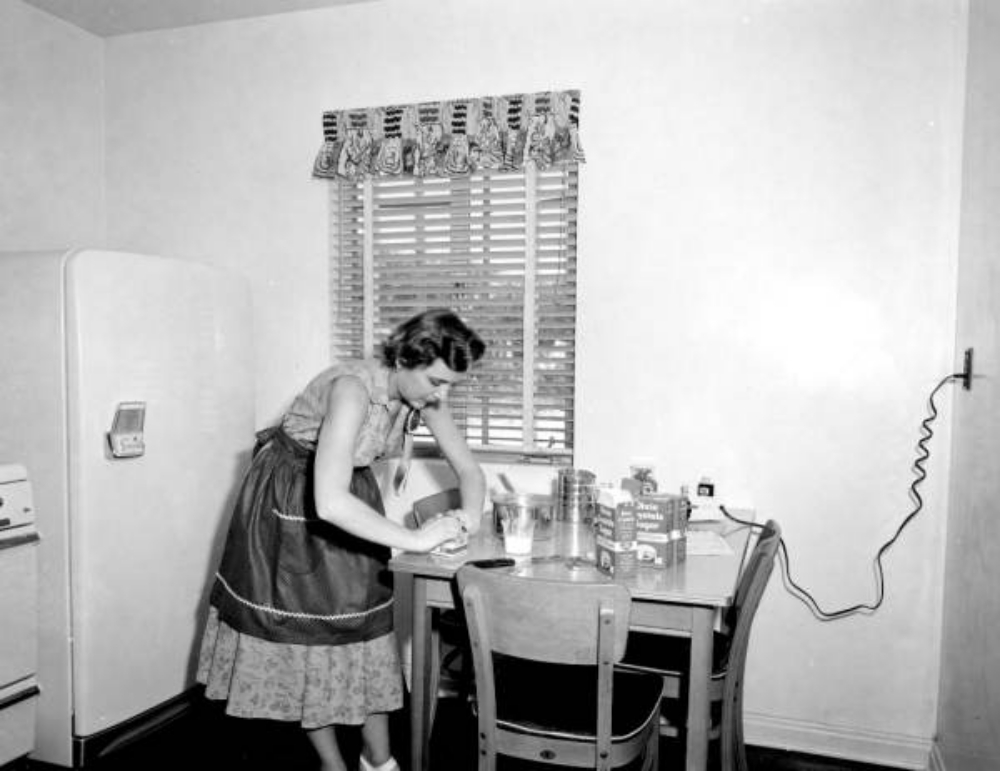 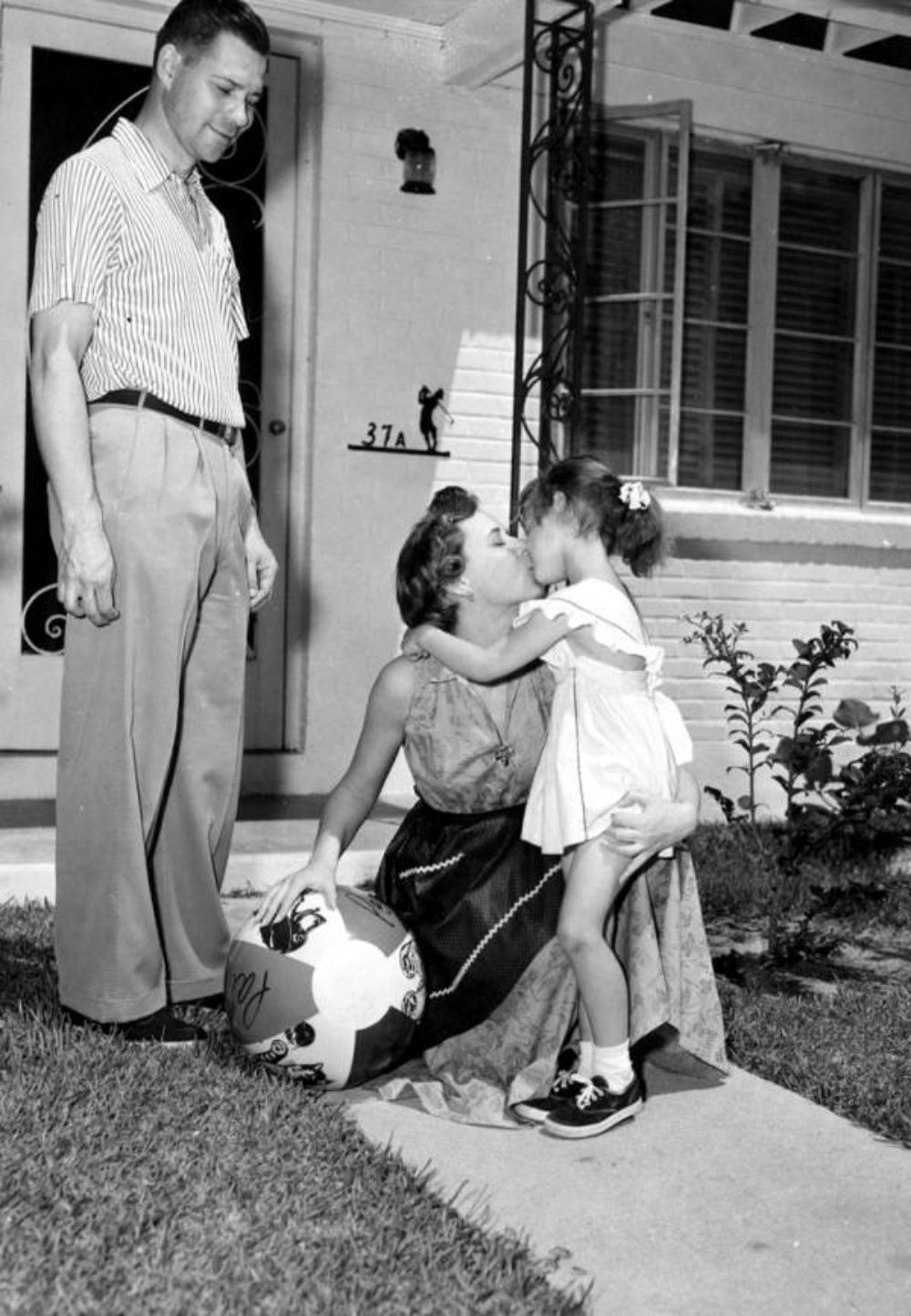 Mary Morrison, competing in the 1954 Mrs. America contest, with her husband Albert and their daughter Lyn (age 4). Via/ State Archives of Florida 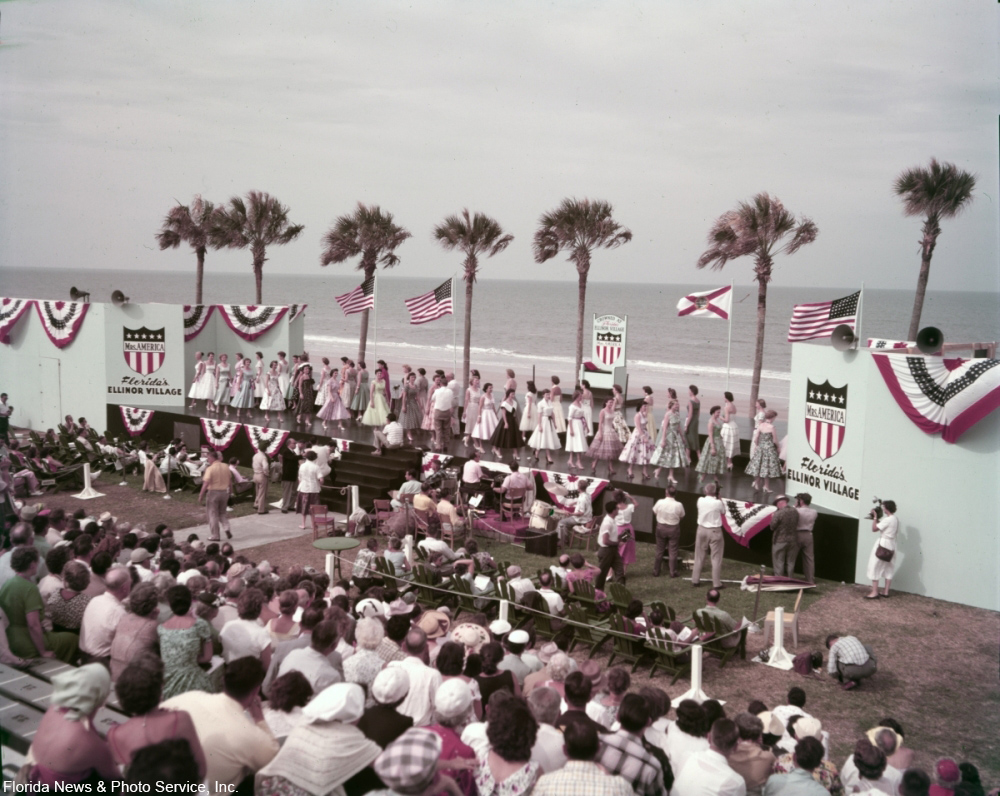 The contest has been one of the very few pageants for married women in the recent past. In the old days, many women would have been disqualified from entering contests if they were married, just like many jobs of the era. 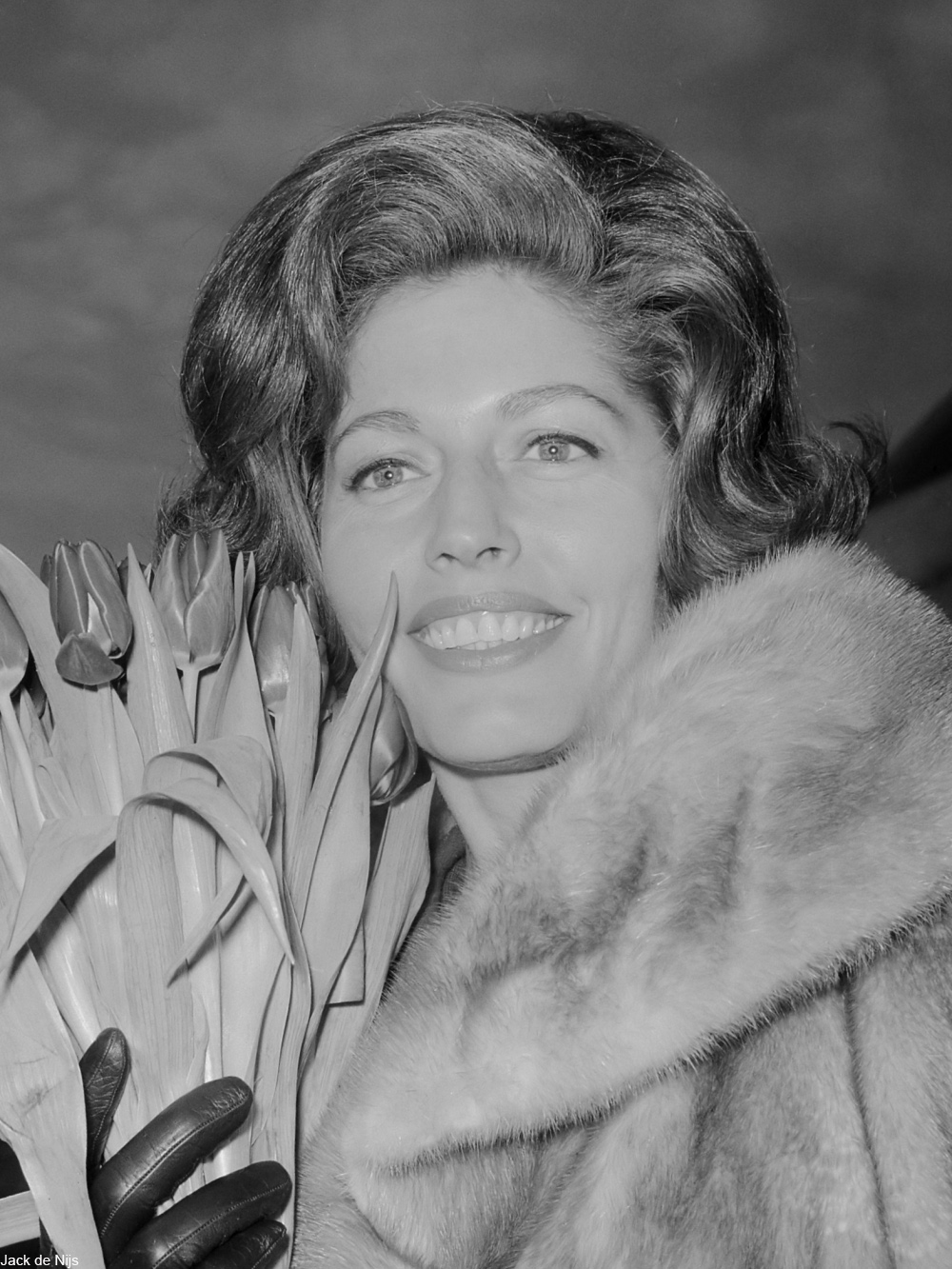 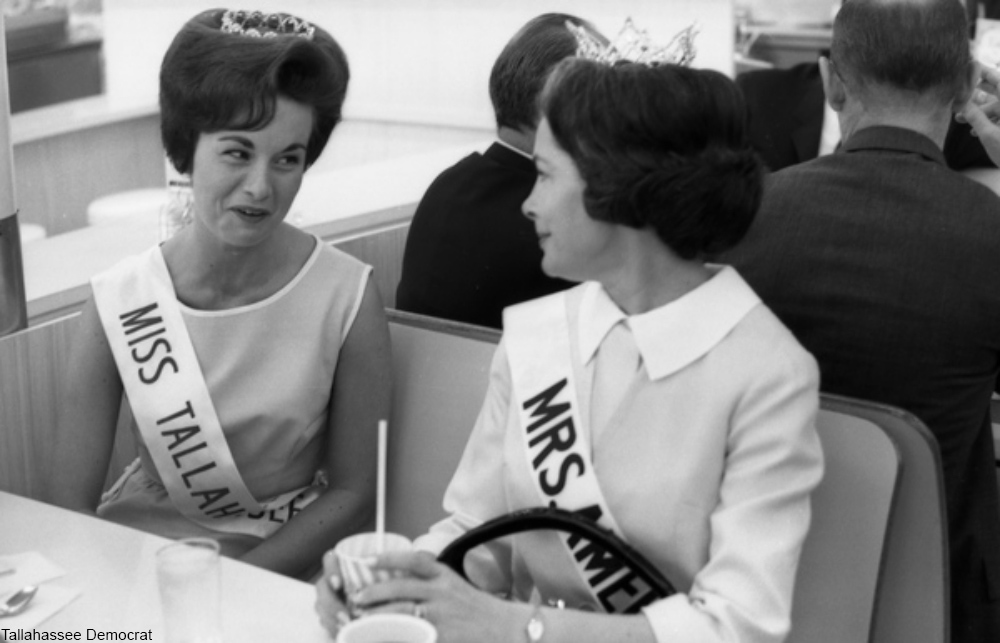 Original caption: “J. M. FIELDS OPENING – Tallahassee’s newest, and largest, department store – J. M. Fields – opened for business this morning and several hundred people were on hand to shop moments after the opening ceremonies. City, County and Fields officials were on hand for the ribbon cutting. Also present was Mrs. America and Miss Tallahassee. The store, located at the intersection of Monroe and Tharpe, will be open until 10 p.m. daily, except Sundays.” Via/ State Archives of Florida 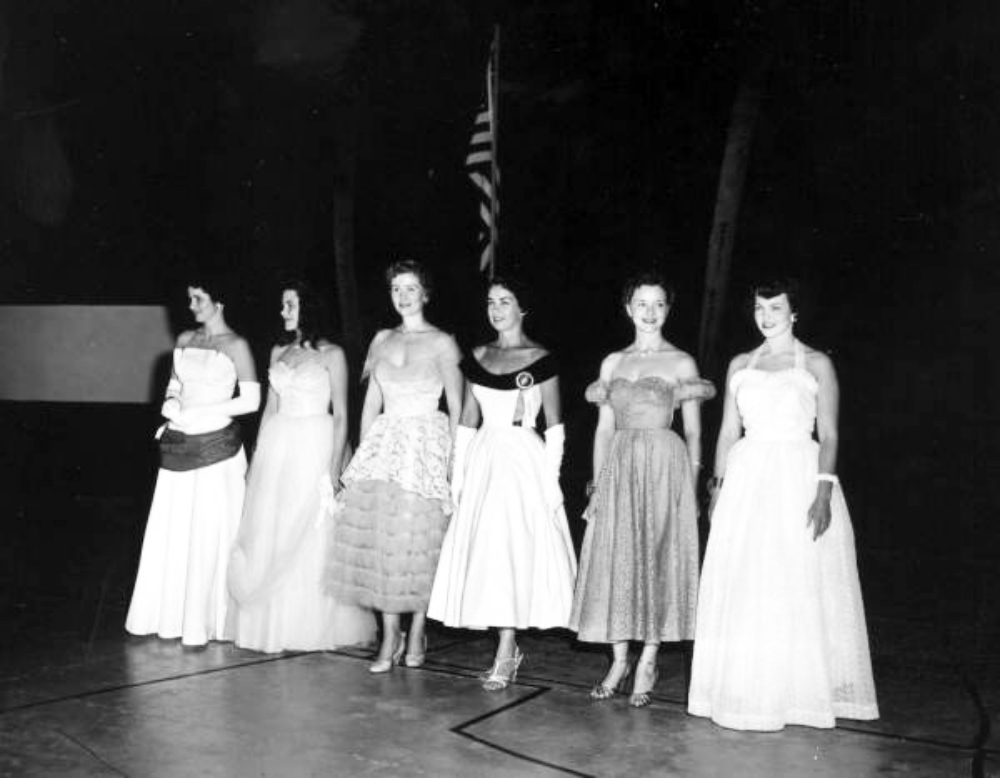 Today the pageant is held in Las Vegas, and like many other beauty pageants, has come under scrutiny for being old fashioned and focusing too much on physical appearance. Whether you agree with beauty pageants as a concept or not, the fact remains that for a select few, these pageants offered a glamorous moment in the limelight- something many homemakers of the period dreamed about. 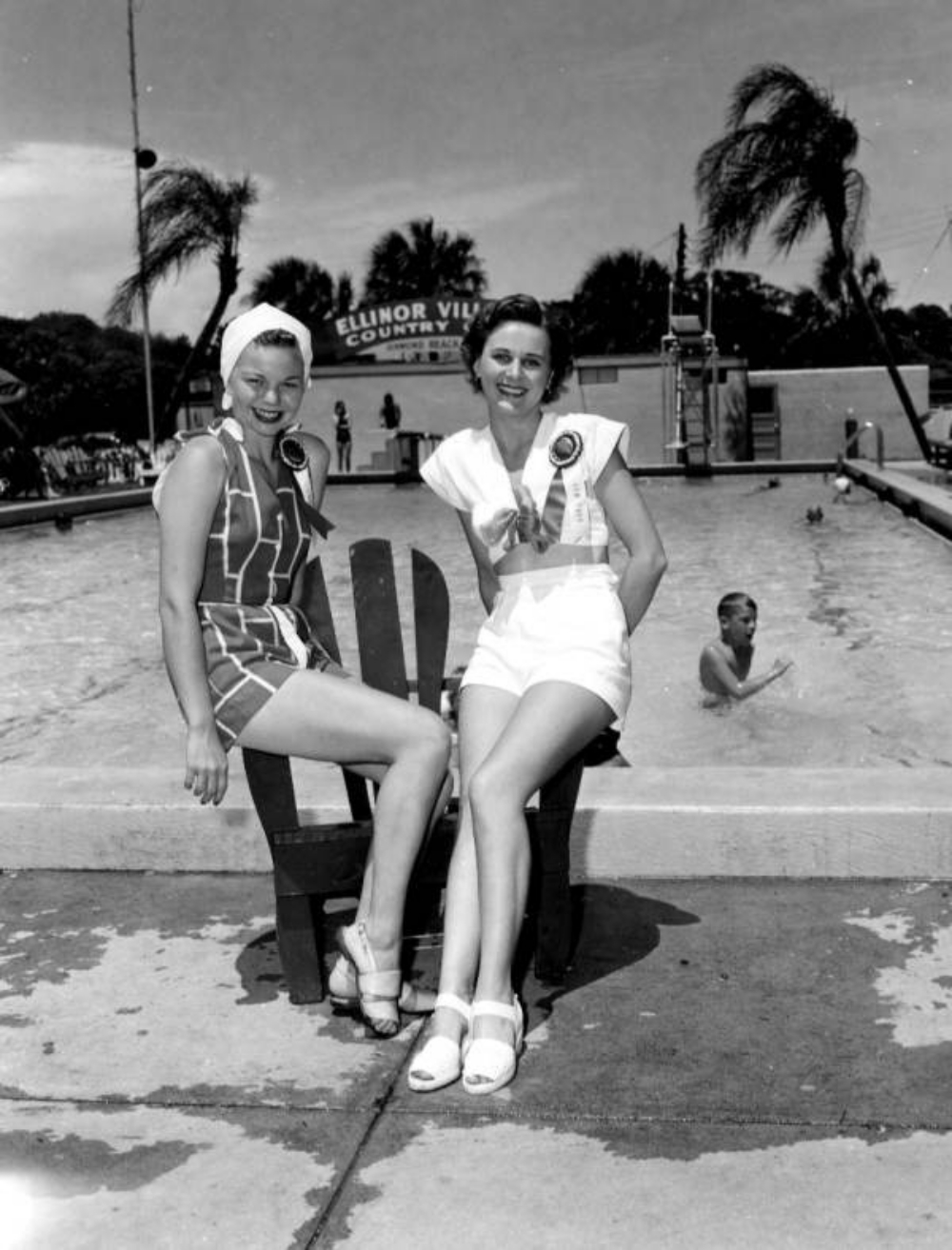 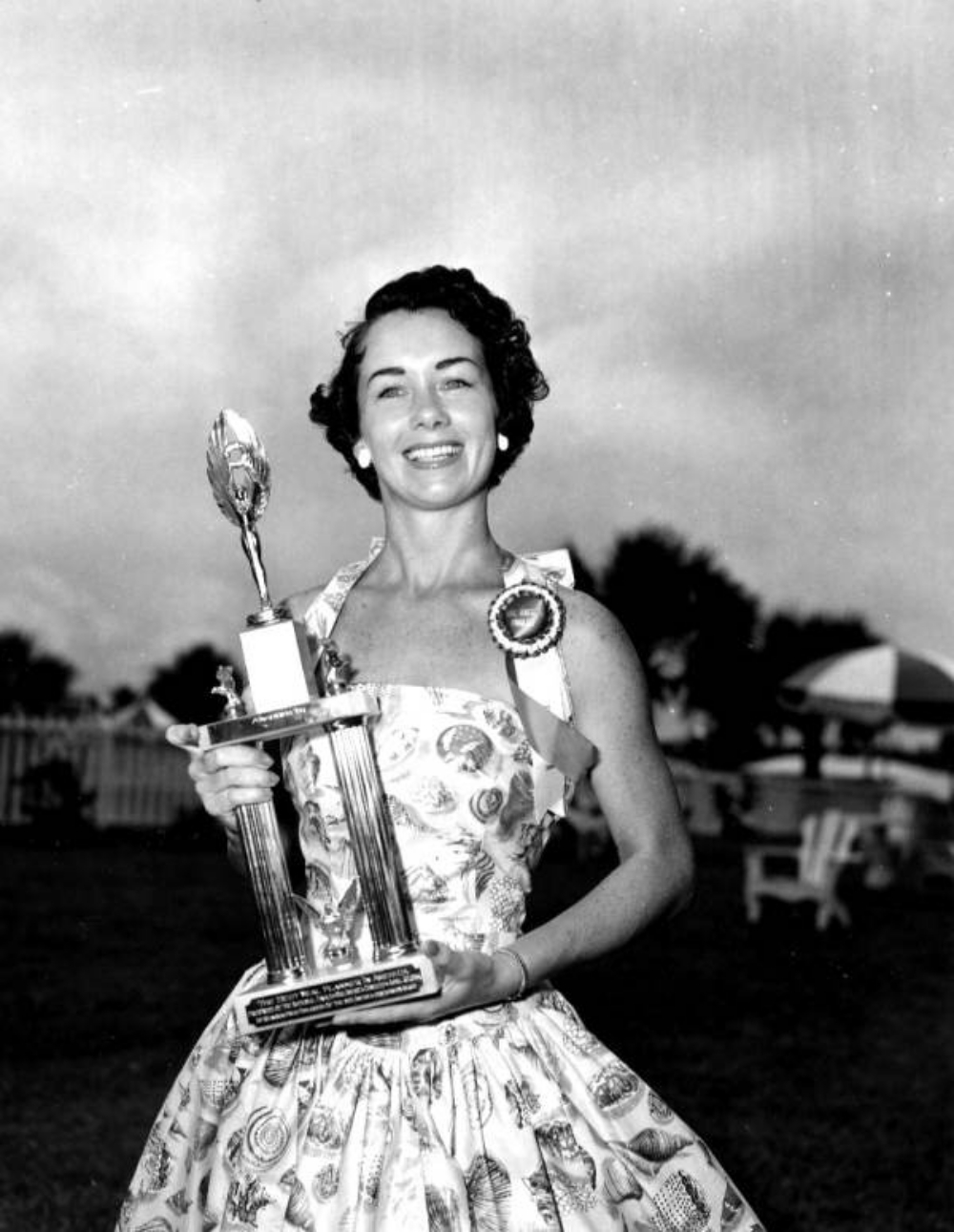 Mrs. Florida 1954, Mickie McDavid, with her trophy. Via/ State Archives of Florida

Many people assume that the pageant is affiliated with the more-famous Ms. America contest, but the two are not connected. The Ms. America pageant was created in 1921 as a bathing suit competition, but grew to become extremely popular by the early 1960s. However, the strong feminist currents in the nation at the time saw protests at various beauty pageants starting in 1968. 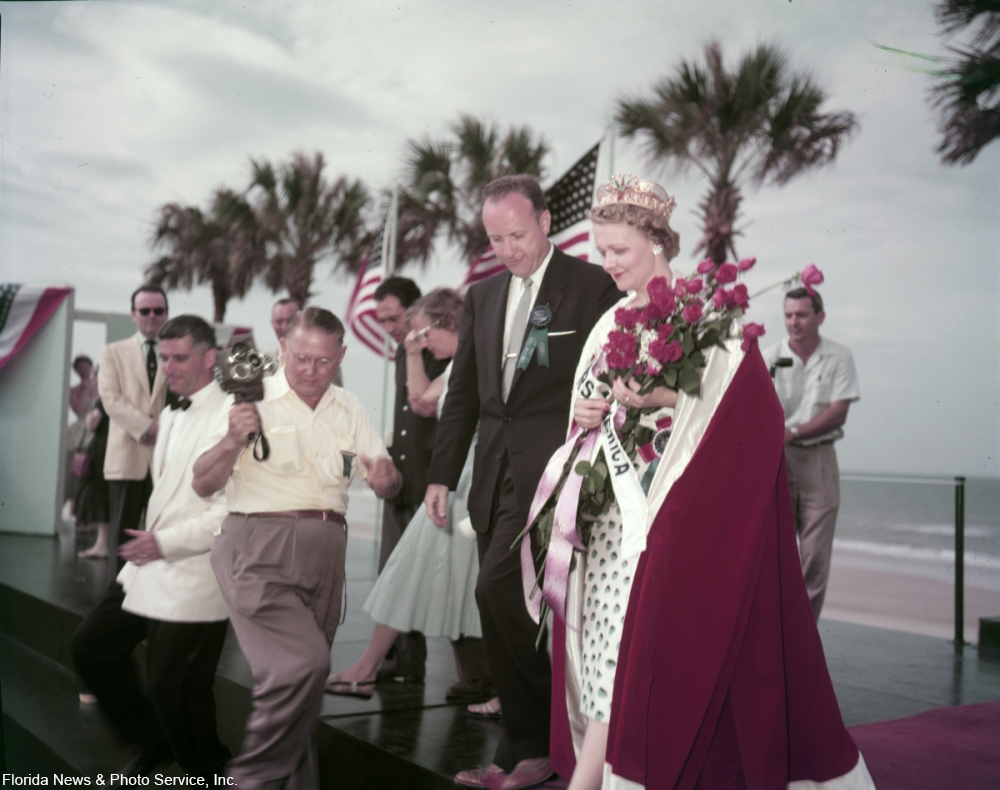 Mrs. America 1956, Ramona Deitemeyer, onstage in her crown and robe with her husband. Via/ State Archives of Florida

It’s no wonder that the Mrs. America Competition suffered at this time as well. However, there was a golden era in the 1950s and early 1960s when this contest was considered extremely prestigious.