Inside the New Orient Express, Which Is Running 1920s Cars Today

The train was immortalized with the 1934 murder mystery, Murder on the Orient Express, by Agatha Christie. The real train route was in operation from 1883 to 2007 and was run by Compagnie Internationale des Wagons-Lits, though at the end of its service the route only went as far East as Vienna. This was in the old days when anything Eastern could be considered of the Orient, including Turkey and Greece. However, the route connected booming Western cities like London and Paris with the rest of Europe. Once aboard there were several levels of service available, including luxurious overnight suites. Now, a newer version of the train is in service and is offering world class amenities- just like the train travel of yore. 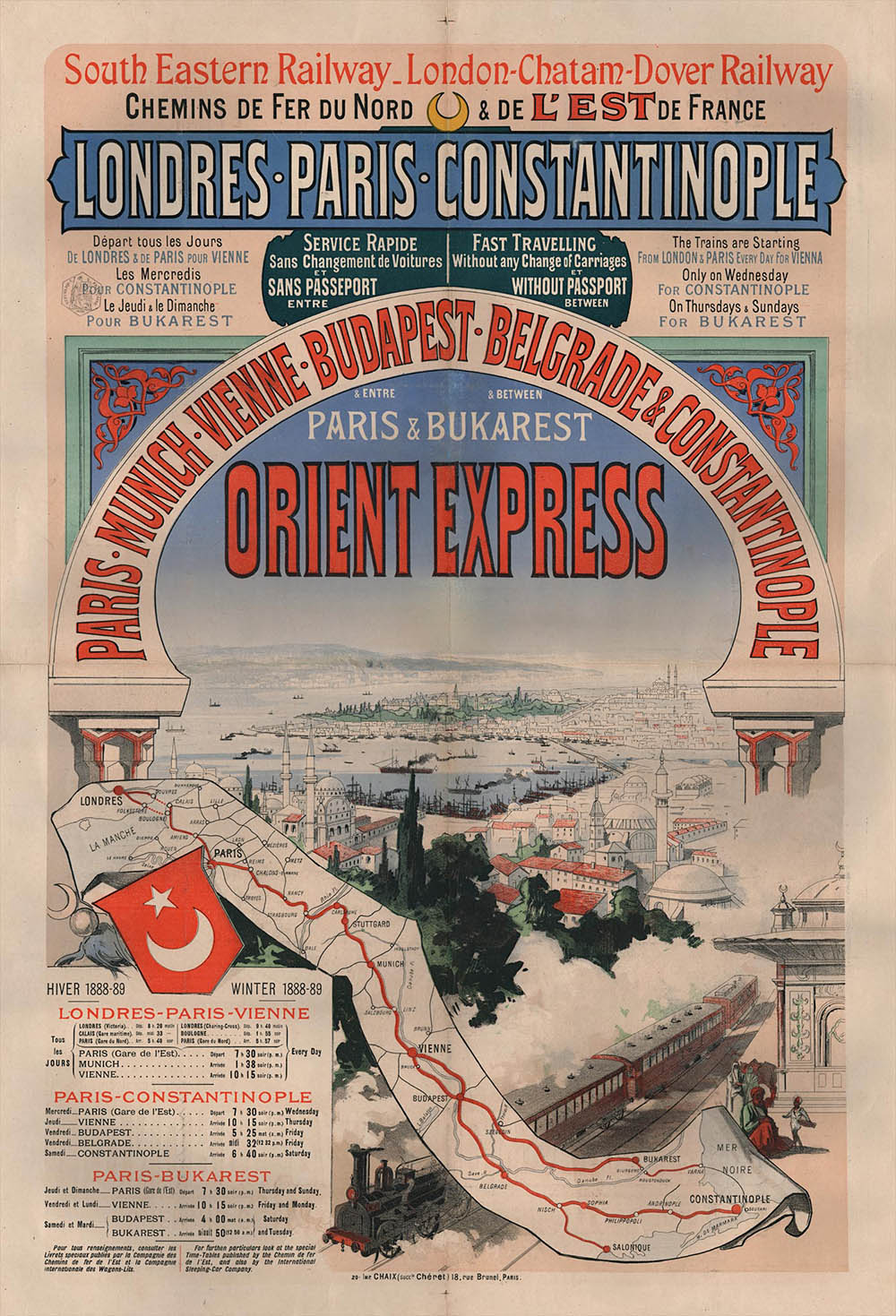 1888 poster for the Orient Express designed by Jules Chéret. Via/ Wiki Commons

The new train began operation in 1982 after a Kentucky entrepreneur named James Sherwood bought a variety of vintage Pullman cars that were being sold by Compagnie Internationale des Wagons-Lits for his new service. While the name is similar, the two trains are not affiliated. However, by the time Sherwood was in the game, the routes of the original Orient Express had been sharply shortened, a product of high-speed trains and increased air travel. Yet, the new service sought to capture some of the magic of the old days when trains were full service affairs beautifully appointed in brass and silk.

While they aren’t the same company, the current Venice-Simplon Orient Express in operation today features vintage train cars decked out as they would have been in the 1930s and beyond- filling the market for an exclusive and luddite-friendly travel experience across Europe.

Dining cars offer meals on fine china while guests relax in upholstered wing chairs. You’d be hard pressed to find travel this luxurious anywhere else! There are of course, also sleeping cars with compact yet surprisingly elegant interiors, just like what you see in old films. 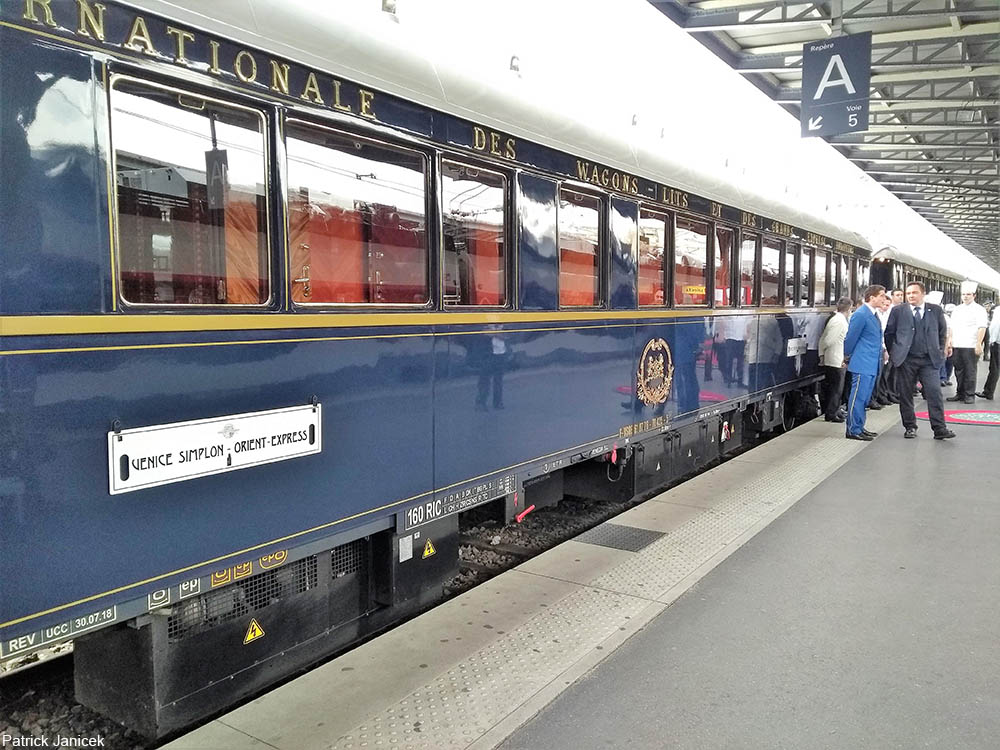 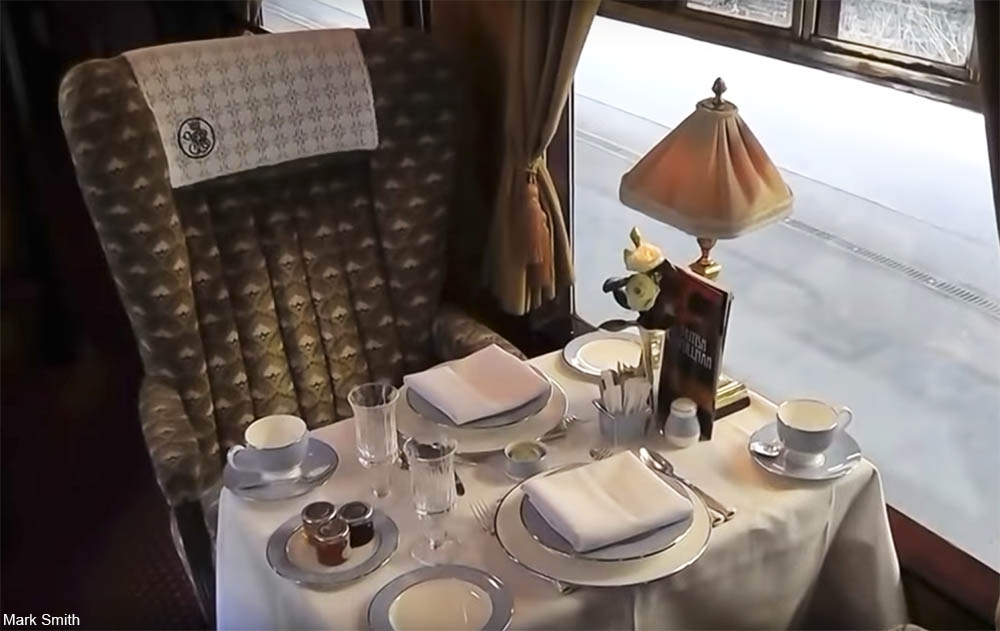 The Venice-Simplon Orient Express currently runs between London and Istanbul. And, the company even offers luxury events like “The Party” in March of 2020– a 1920s Great Gatsby themed experience to celebrate the upcoming ’20s of the 21st century.

However, all this comes at a great cost. Tickets can cost £2,365 and up depending on the accommodation, level of service, and exact route you book ahead of time. For the average bear this might well be out of reach. However, videos and photos of the train are an enticing way to spend a few minutes just imagining seeing all of Europe out the window of an opulent train. 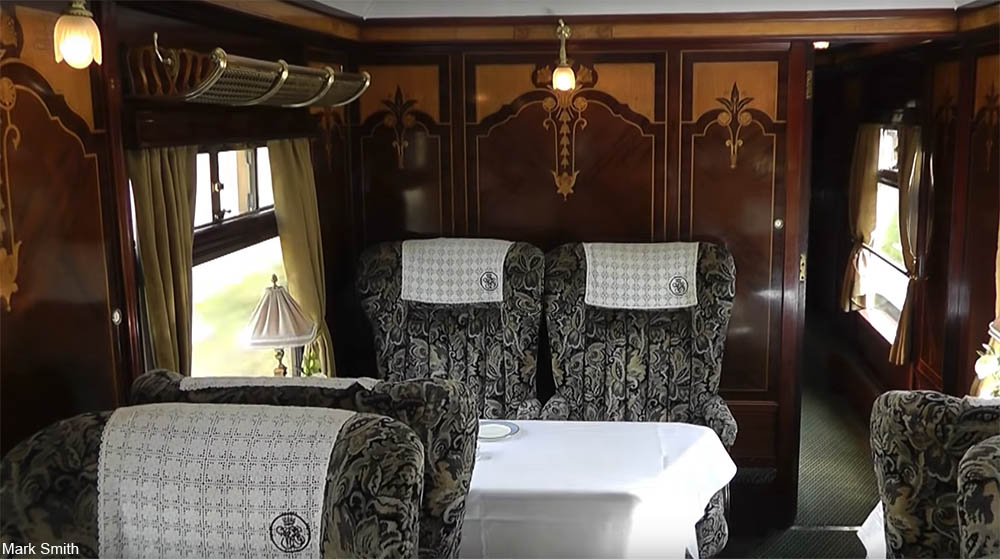 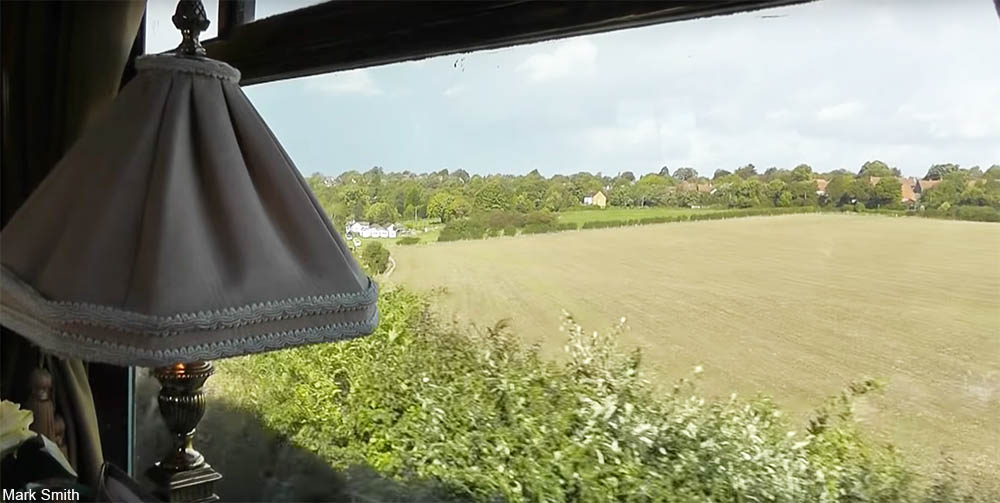 Even the tiny water closet inside the sleeping cabin has monogrammed towels. And to think was considered normal for the upper classes of the Gilded Age!

It might not be the train of intrigue where both fictional and historical heroes sat in splendor, but the new train certainly does recall some of the elegance and infamy of the original line.

Have a closer look at this incredible train ride in the video below.