It’s not that surprising to hear about treasures found in the attic since it’s not a very frequently-visited area of most homes. However, it’s a little less common to hear about finding a real antique gem hiding in plain sight. However that’s exactly what happened as an elderly woman in France was moving out of the home she lived in for many years. The treasure comes in the form of a painting from the 13th century that she had hanging over her hot plate for the past 35 years! 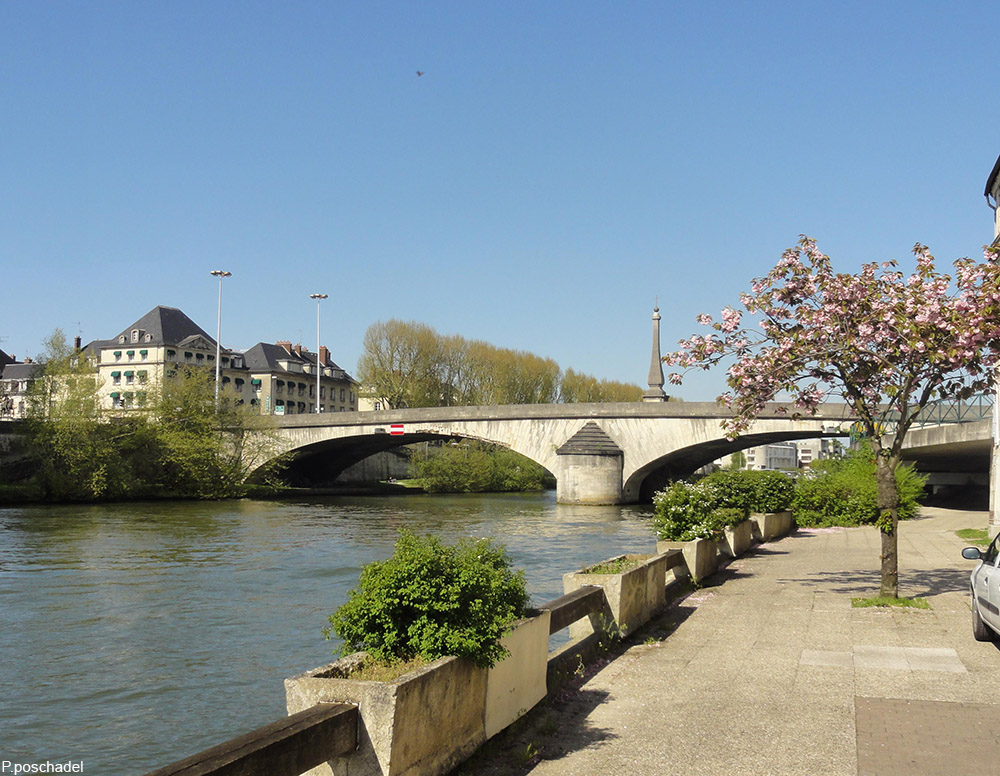 The woman is from the city of Compiegne in Northern France. She had hired the auction house of Actéon to come valuate and then auction the remaining contents of the house. When expert art history expert, Philomène Wolf, arrived she identified the medieval in nature, something which she later said she was not at all expecting. The painting is of Christ being mocked before his crucifixion, rendered in cracking gold paint now believed to date from around 1280. 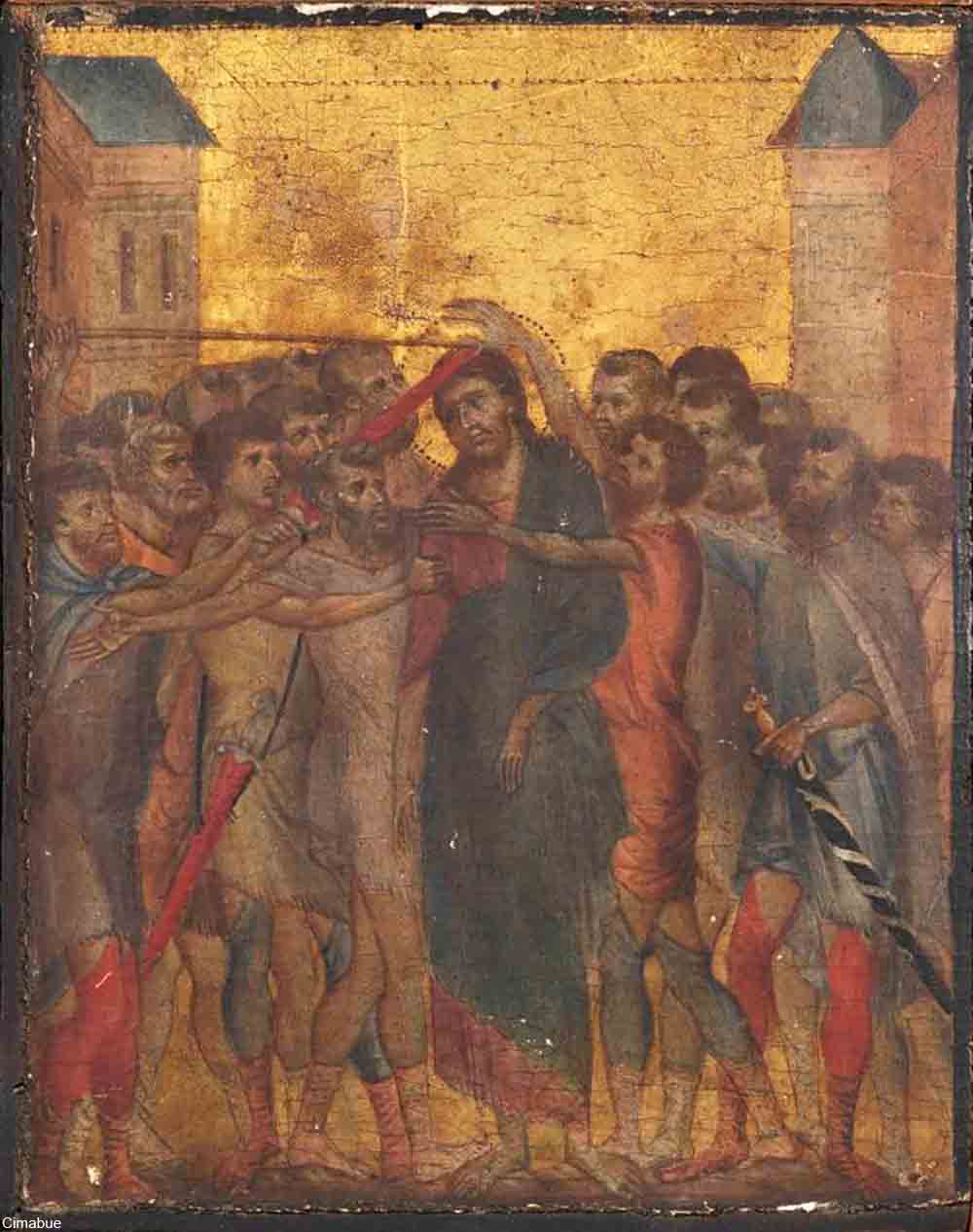 The Mocking of Christ, circa 1280. Via/ Wiki Commons

The painting is thought to be one of the Old Masters works, painted by the Florentine artist called Cimabue (whose real name was Bencivieni di Pepo) at the beginning of the Renaissance era. Other noted artists of the period include Michelangelo and Raphael, both of whom reached new levels of realism and emotion with their works.

Cimabue, on the other hand, clings to an old world icon depiction of religious scenes, with dark figures on gold backgrounds wearing haunted expressions. His work would later become the inspiration for artists like Giotto and Duccio.

The surface of The Mocking of Christ is highly crazed from age and it is framed in wood that has distinct marks from wood worms. These can also be found on two other paintings by Cimabue, a fact which was proven under infrared light by art expert Jerome Montcouquil. Experts agree now that taken together the paintings form a tryptic. 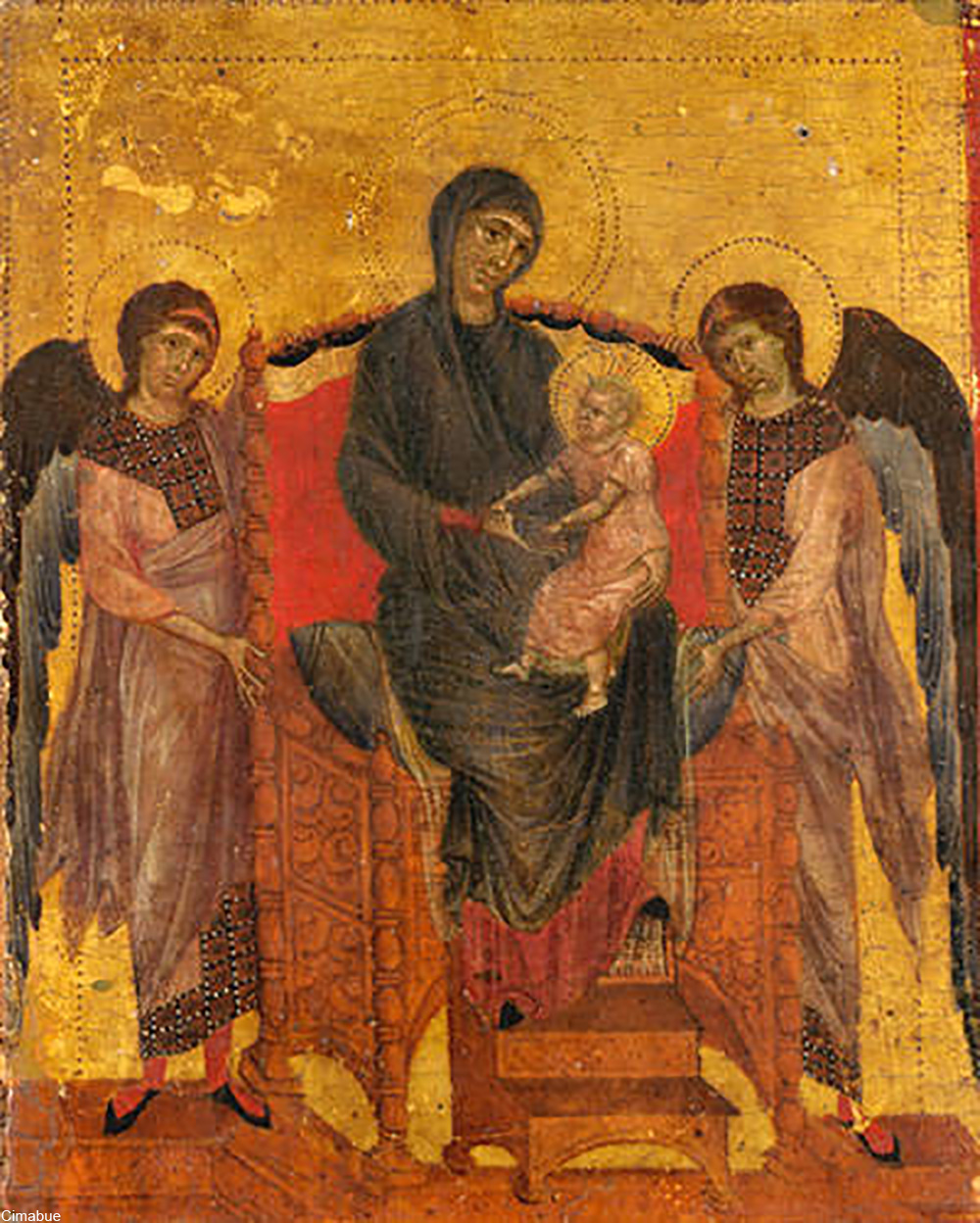 The Virgin and Child Enthroned with Two Angels painting by Cimabue. Via/ Wiki Commons

The Mocking of Christ is one of three paintings in the series. The others are The Flagellation of Christ and Madonna and Child Enthroned Between Two Angels. Since these paintings had been previously dated, the newest Cimabue painting is assumed to be from the same approximate time frame. Cimabue was an active artist from 1270 until his death in Rome in 1302. Not much is known about his life, but his religious paintings have meant a great deal to the Catholic church over the past 750 years. 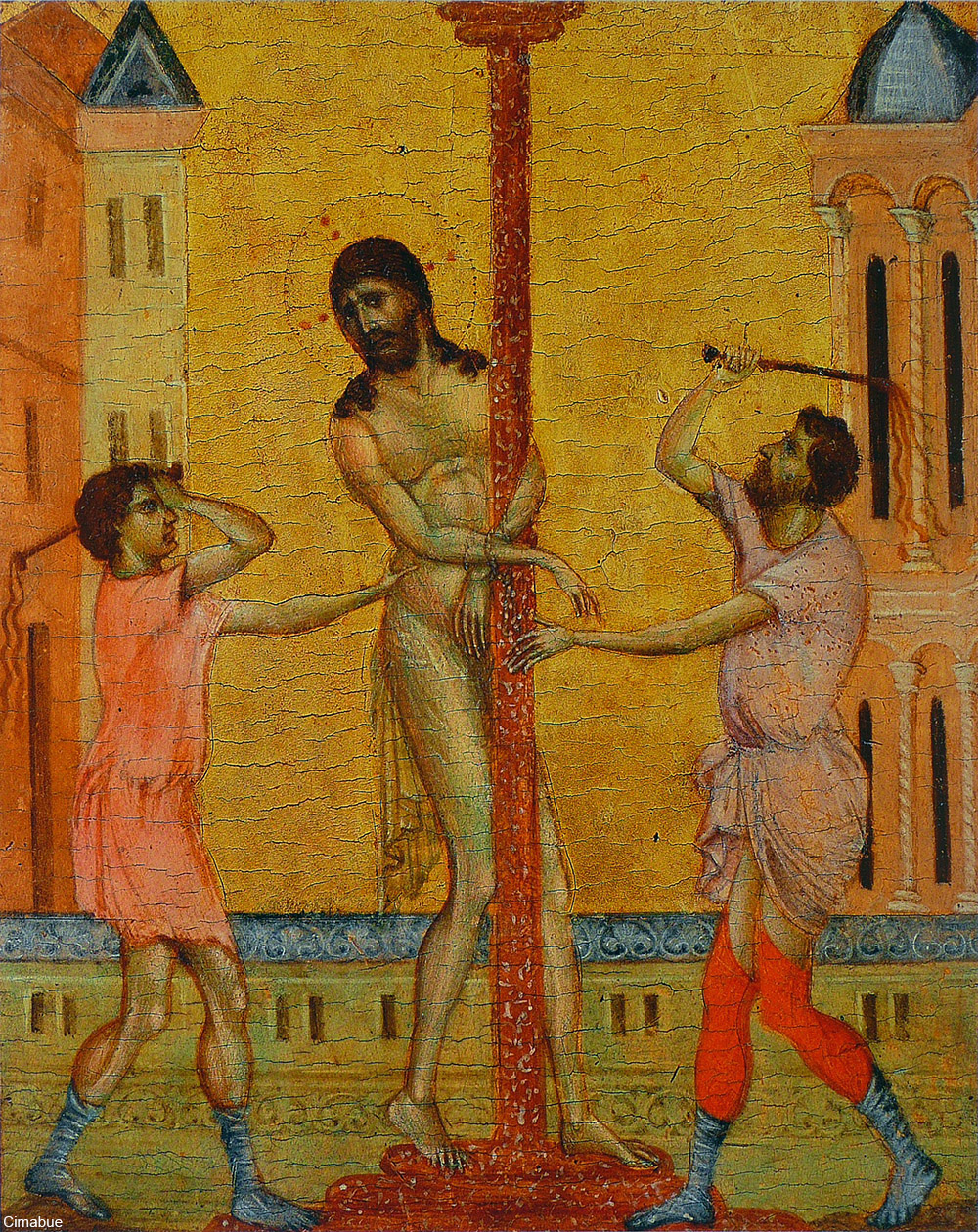 The Flagellation of Christ by Cimabue. Via/ Wiki Commons

This Old Masters Cimabue painting is now going up for auction in October of 2019 and is expected to fetch as much as $6.5M. It’s such a rare find that there’s bound to be a lot buzz around this extremely old painting. And to think: the owner had no idea what she had! This just goes to show that you should closely examine your pieces of art for signs of age and style of manufacture. You might just discover that old print is actually a piece of fine art!

UDPATE: The Cimbaue painting sold on October 27th, 2019, though Acteon Auction House. The final price paid was €24M (or $26.6M), which far exceeded the expectations for this painting. However, the pre-auction estimates were mere speculation since a painting by Cimabue has had never gone up for auction. This is a record-setting auction result, as a medieval painting has never before brought in this kind of cash. The buyer is said to be an unnamed person living in Northern France.

Have a closer look at every craggy detail of the rediscovered painting in the video below.