Why Do Men’s and Women’s Clothes Button on Opposite Sides?

Have you ever tried on a jacket only to find something funny about the way it fastened? It may taken feeling where the buttons were to clue you in that it wasn’t quite made for you. Have you ever wondered why men’s and women’s clothing pieces fasten on opposites sides? Us, too! Settle in to find out why clothes for men and women aren’t the same. 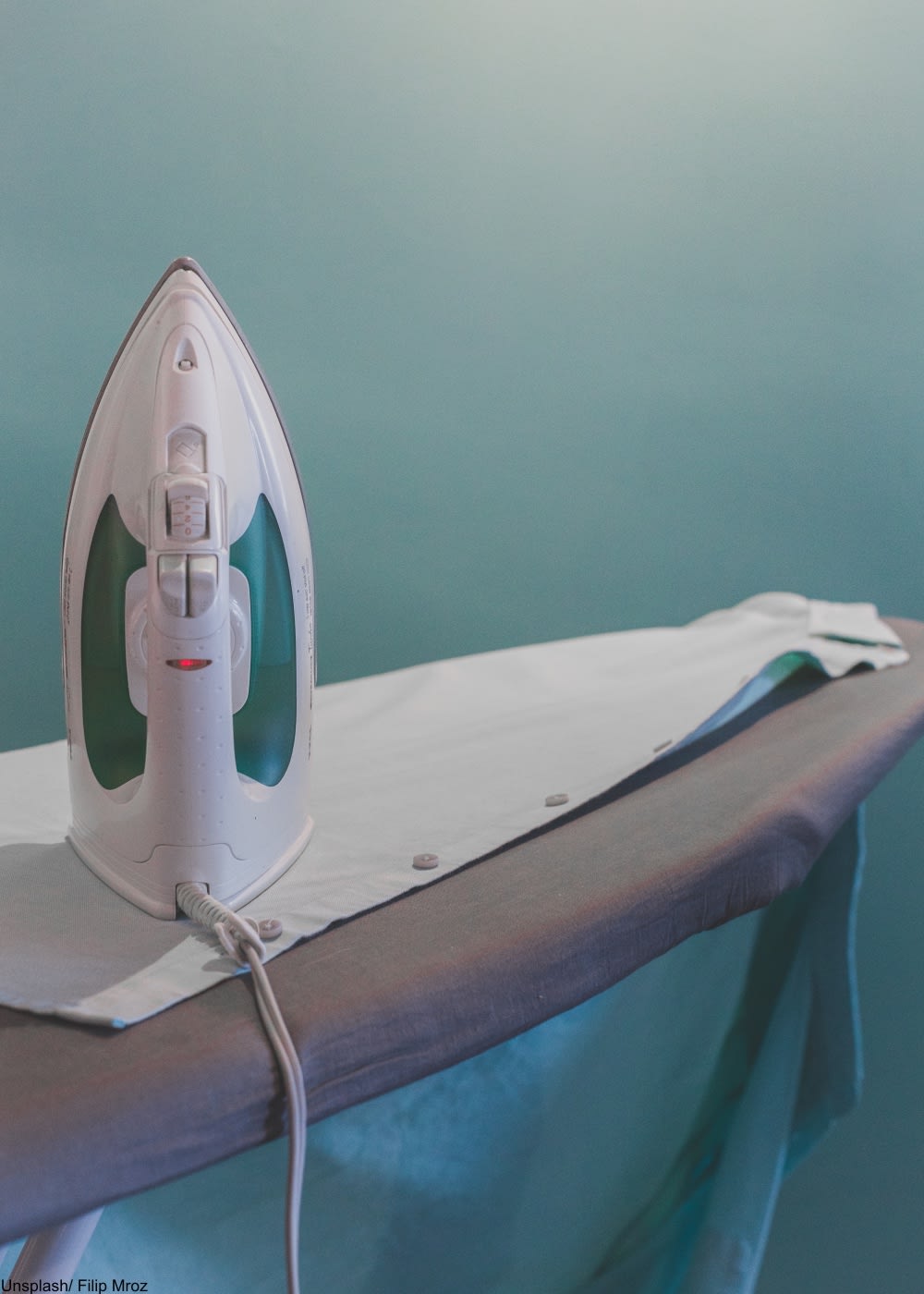 Women’s clothing mandates that the buttons be on the left side of the garment, while men’s are always on the right. One of the most common theories as to why this is so stems from the Renaissance period onward.

Fashions for women at the time were quite complicated and a woman’s outfit was often comprised of many layers. Even women of only modest wealth would often need help from servants to get dressed in the morning. In order to make it easier for the servant or maid, the fasteners were switched so that it felt more normal to the person doing the fastening to button using their right hand. This trend would have continued until the Victorian era, as clothing became even more complicated, sometimes requiring even more than one helper! 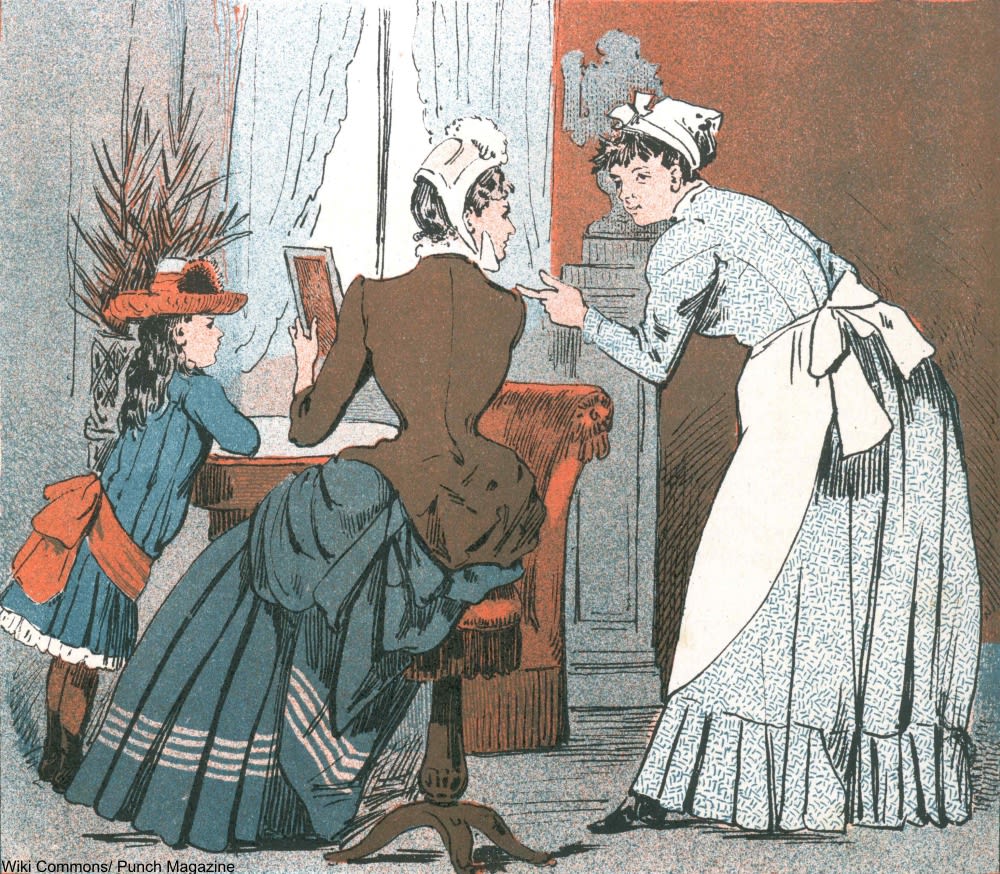 As the Industrial Revolution made fabrics and notions cheaper and made mass production of clothing possible, ladies’ clothing became more user friendly and less cumbersome, yet kept the fasteners were kept on the same side out of custom. 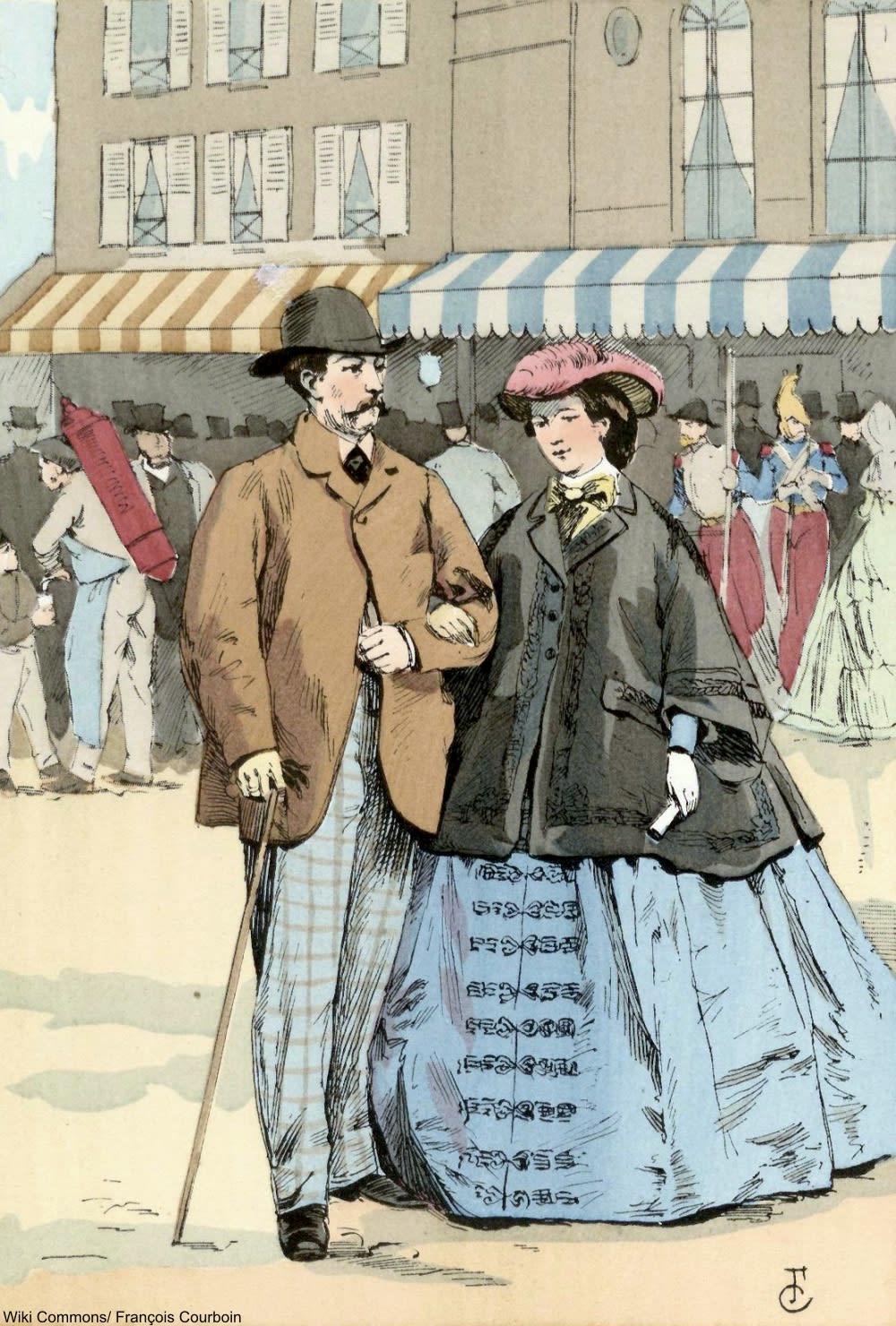 Not only was it assumed that women would have someone to help them into their clothes every day, it was also assumed that everybody would be right-handed. This is because of The Bible verses (Matthew 25:31-46) that read:

“He shall separate all nations one from another, as a shepherd divideth his sheep from the goats; and he shall set the sheep on his right hand, but the goats on the left…then shall the king say unto them on his right hand, come, ye blessed of my father, inherit the Kingdom prepared for you from the foundation of the world…then shall he say also unto them on the left hand, depart from me, ye cursed, into everlasting fire, prepared for the devil and his angels.”

And, this isn’t only true of Christianity, but also Islam and Judaism. Being left-handed was generally discouraged, sometimes with violence and intimidation, since it was seen as a deviant and wicked “choice” for an individual. This translated to nearly everything being made for right-handed people.

In the military, soldiers were expected to hold their sword with their right hand and their shield with their left. And this translated to buttons as well. Men’s military uniforms were designed with the buttons on the right-hand side and since no women served in the military, this became a mark of men’s clothing in general. 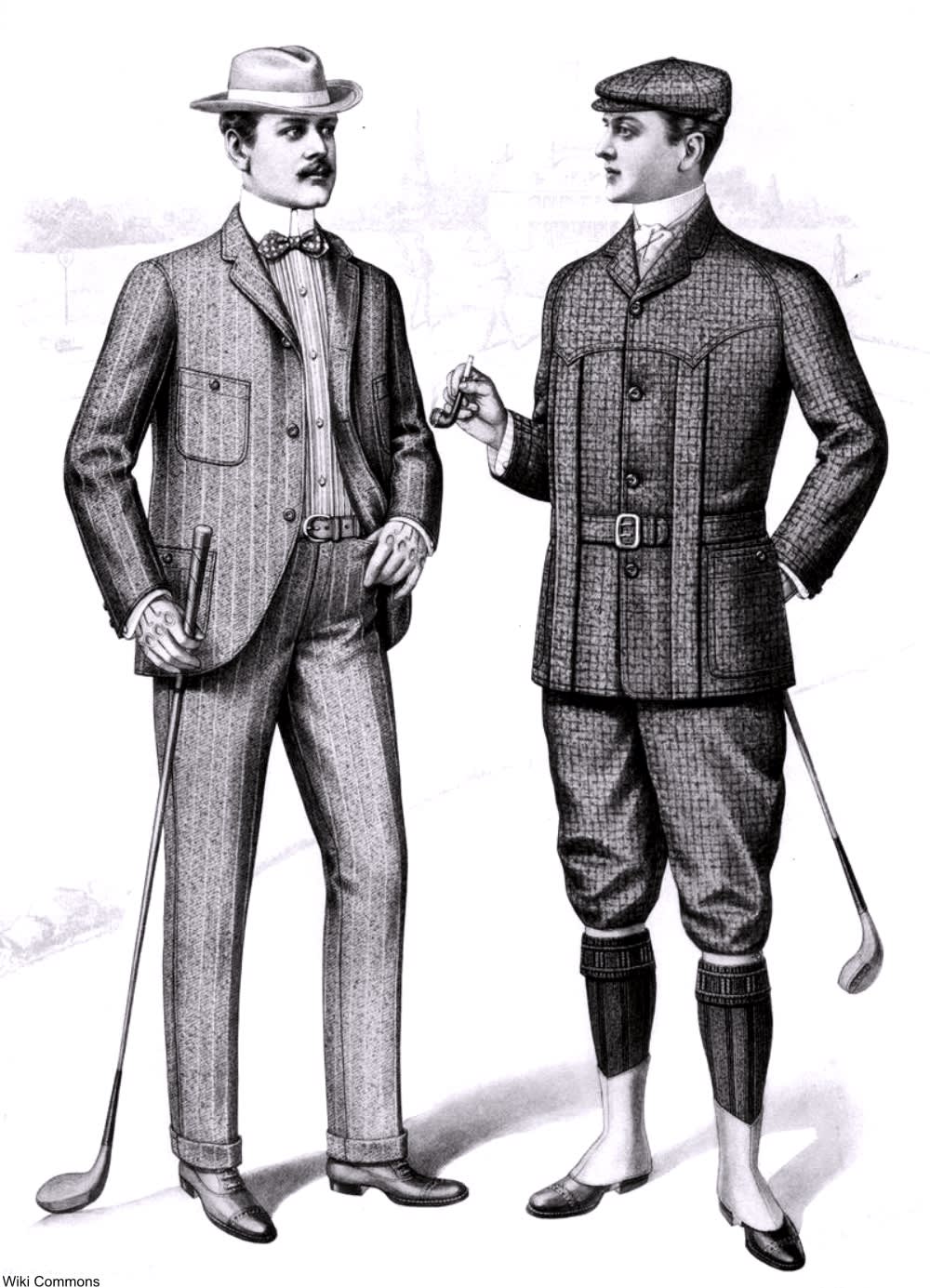 Other theories about the sidedness of clothing have been thrown around over the years. One theory is that Napoleon specifically ordered women’s shirts to button from the left so that they could not mock his signature portrait pose of parking his right hand inside his vest or shirt. 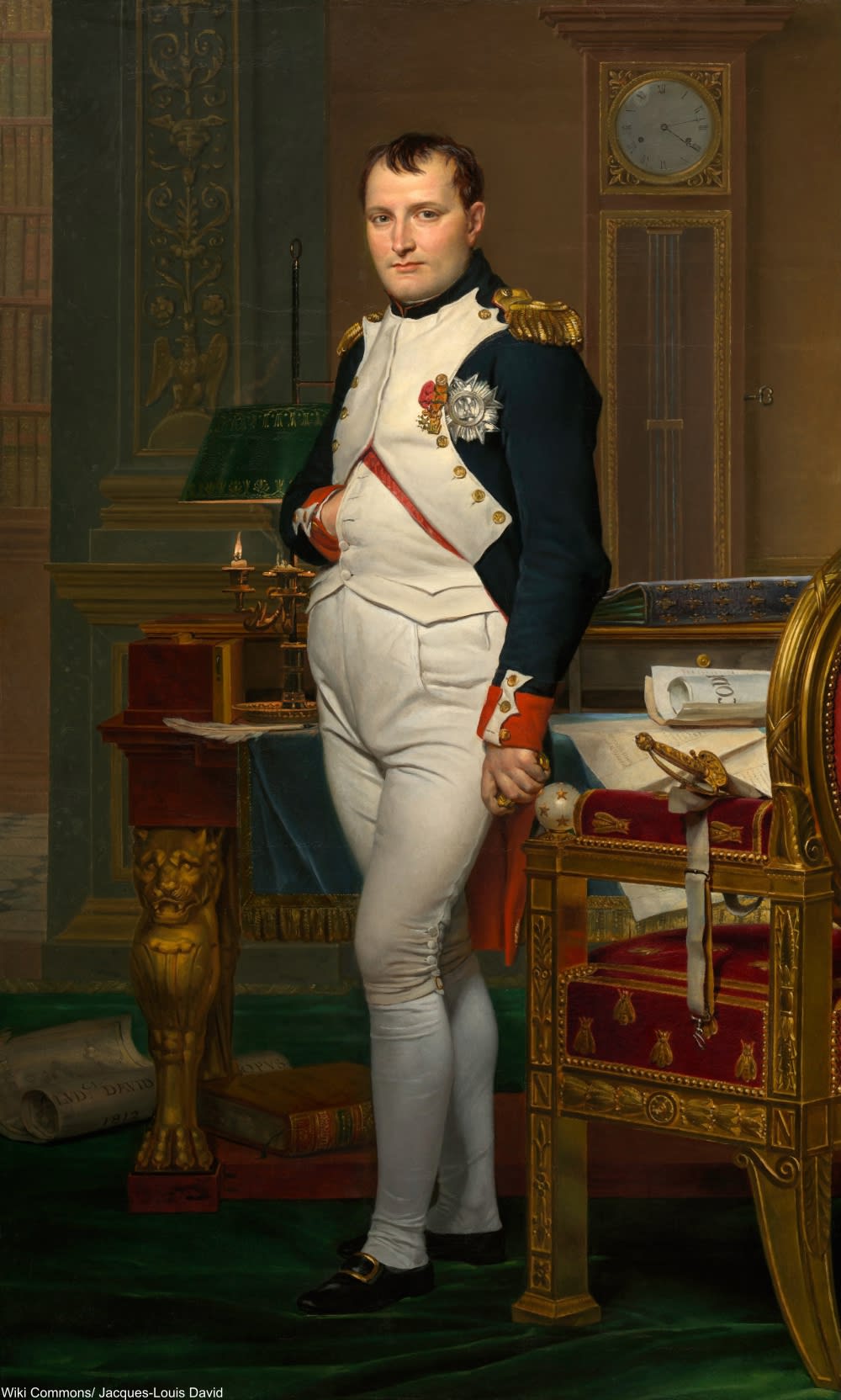 Another is the notion that the men who designed women’s clothing wanted to remind them of their inferior place in the world by forcing them to use the “evil” hand to get dressed and undressed.

But, these strict rules for men’s and women’s clothing is changing and now items for women can be found to button with the right hand. But, for the most part clothing designers haven’t universally made this change to women’s clothes, probably because it makes it easier to tell which gender an item as intended to serve.

The many steps to getting dressed in the 1700s: Click “Next Page” below!