It’s not often we see photos of men doing the housework or the childcare from the Old Days. The division of labor back then was pretty clearly defined. Men worked for the family’s wages, and did “manly” jobs around the house like painting, DIY, and mowing the lawn. Women were expected to cook and care for the house, as well as keep the children in line, entertained, and well dressed. In many families these lines were seldom broken as cooking was often seen as degrading by men. Likewise, women who “had to” work outside the home were often pitied. However, rare photos of men sharing the domestic labor do exist.

Some photos of the era were staged to make it appear that women’s work was an undue burden for men to bear. 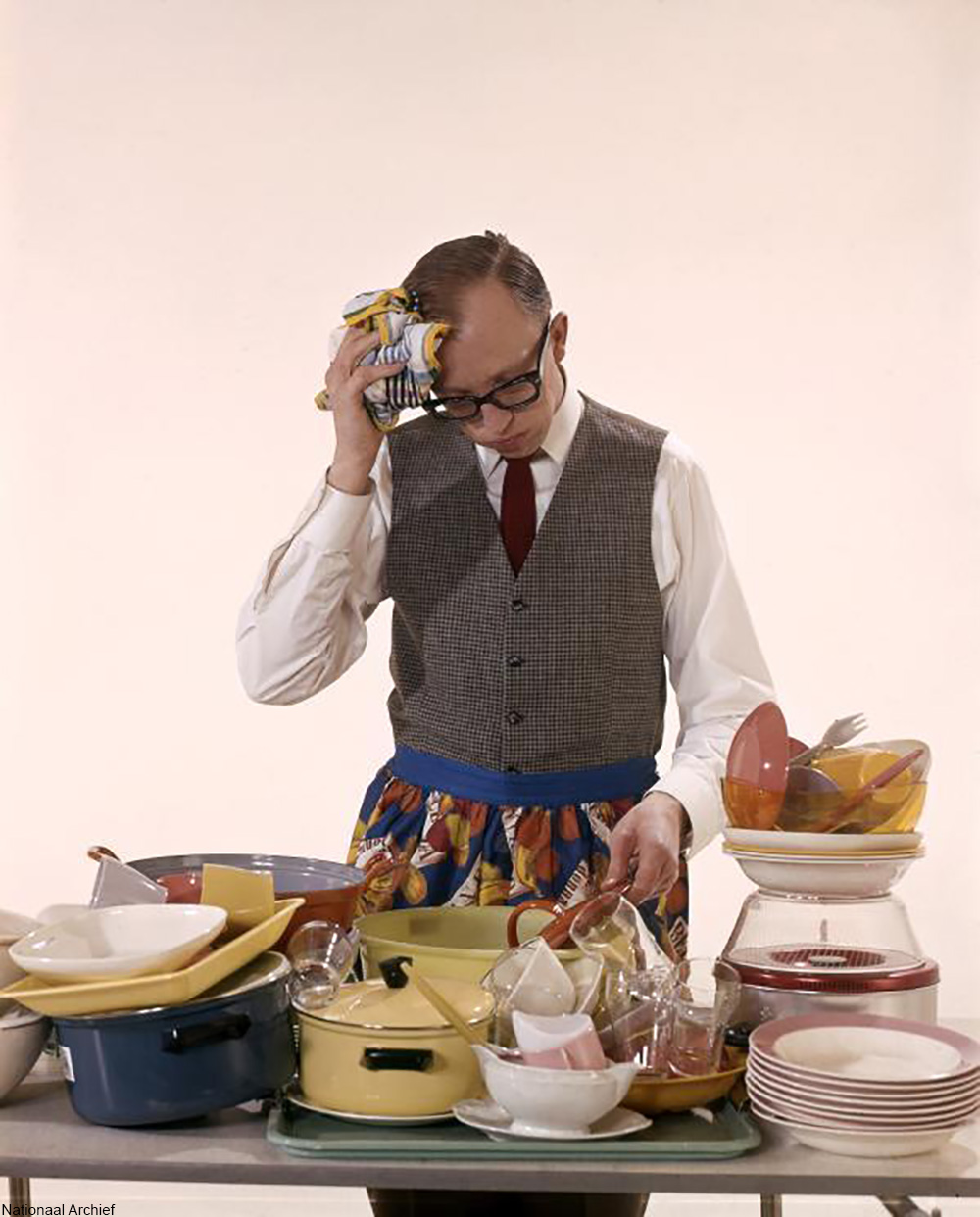 Other photos were captioned like the one below from the 1890s, labeling the husband a “Knight of labor” for soothing his crying baby in the night. No word on whether the mother would have been so revered for her efforts. 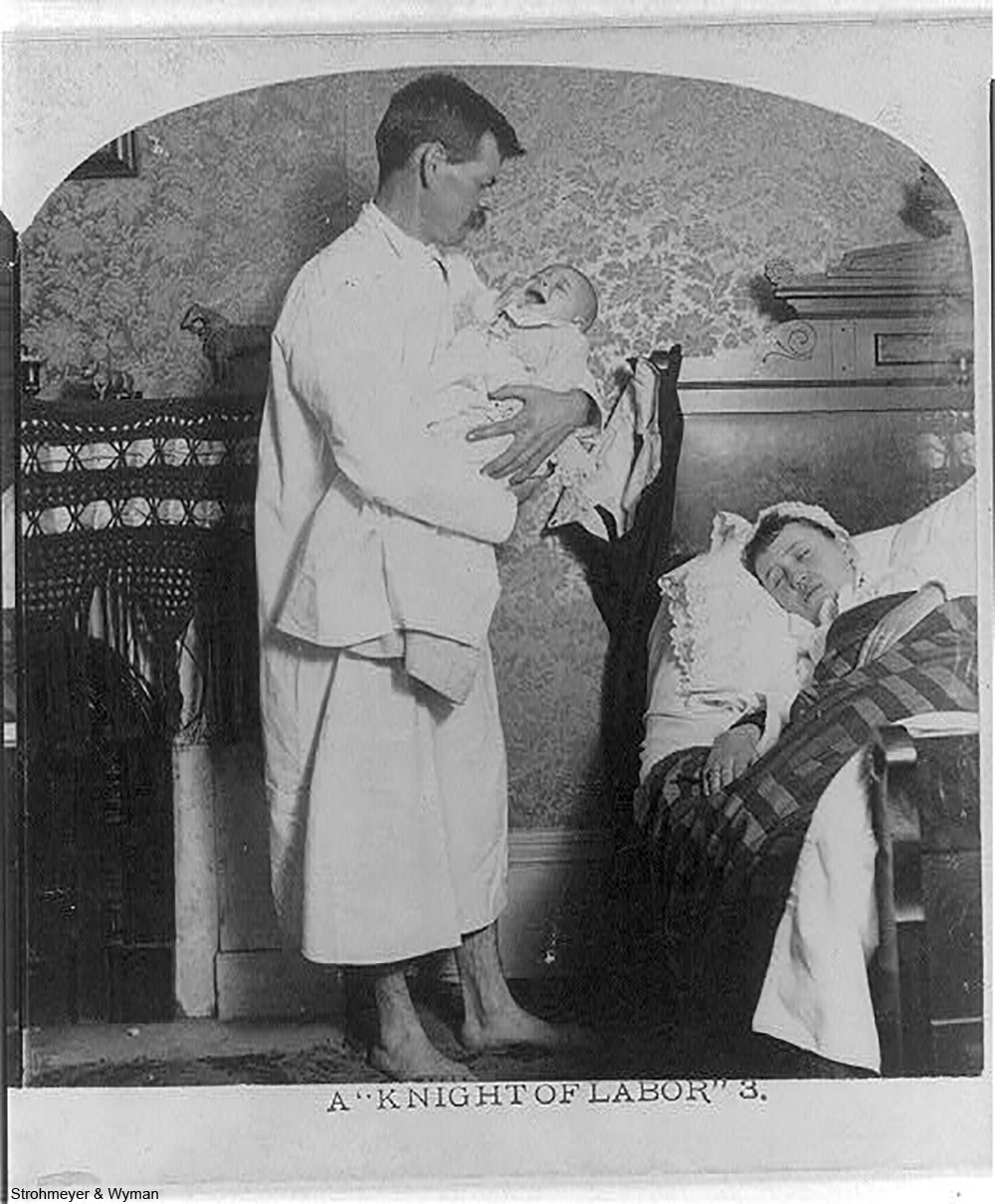 However, many photos of men doing “feminine” chores back in the day do exist, like the one below of a man watching a baby at an event, circa 1950s. For a man back then to even be handed a baby bottle was pretty unusual in many families. 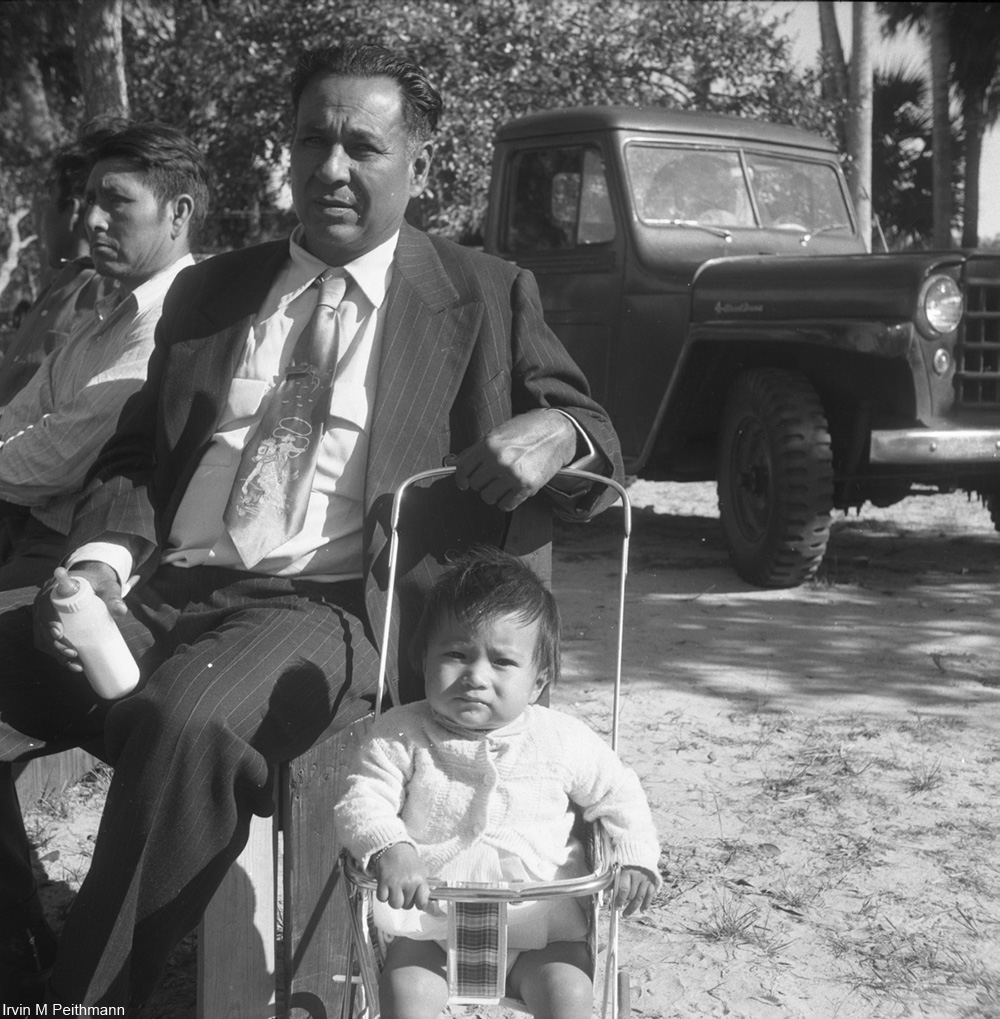 Of course, in lots of households boys and young men were expected to wash or dry dishes after meals, since the women of the house had done the cooking. 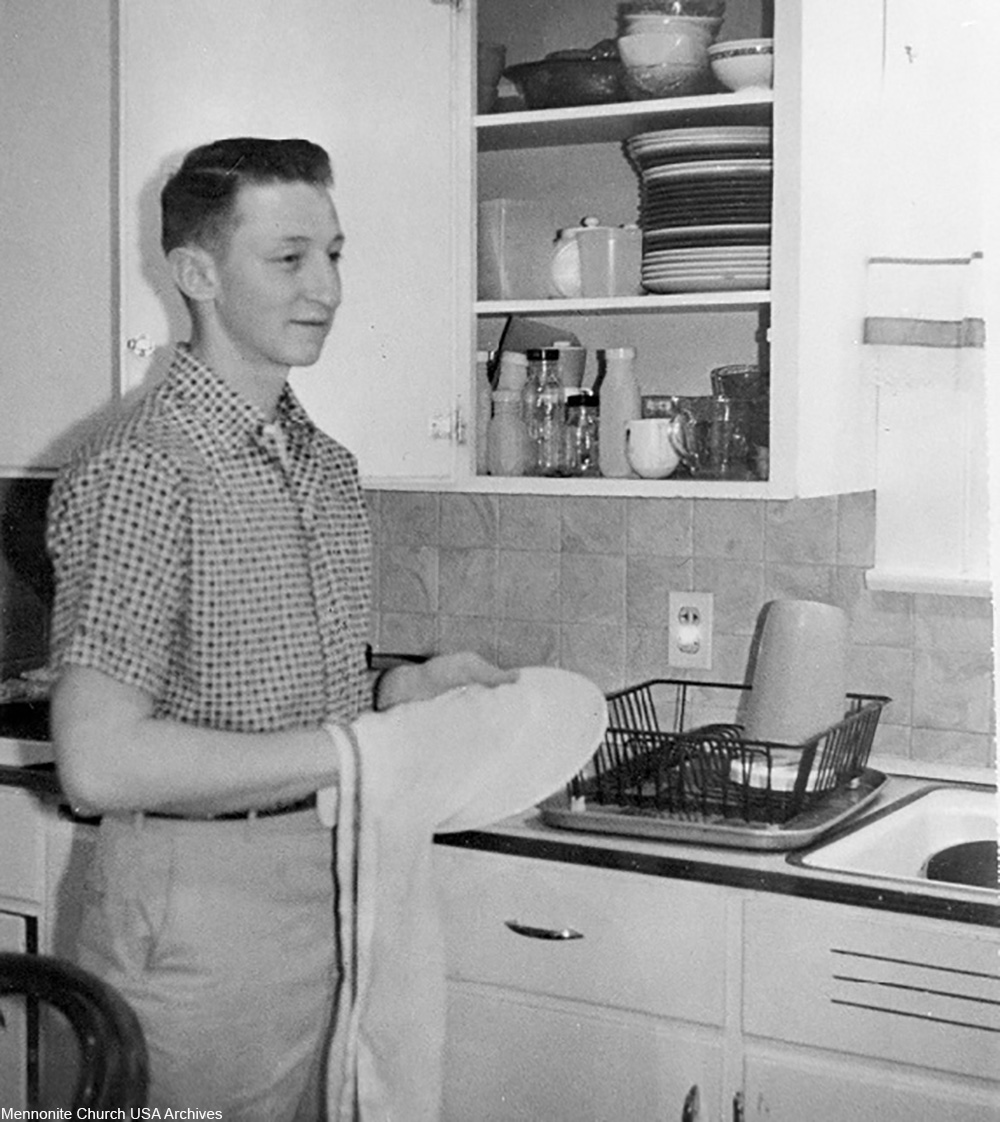 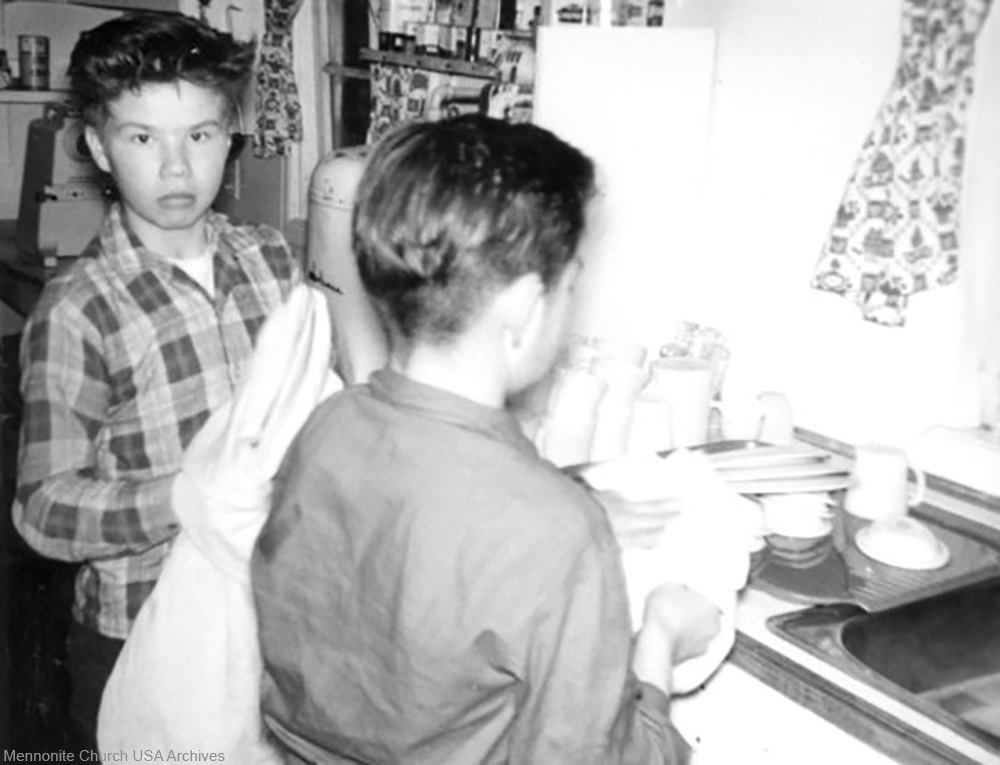 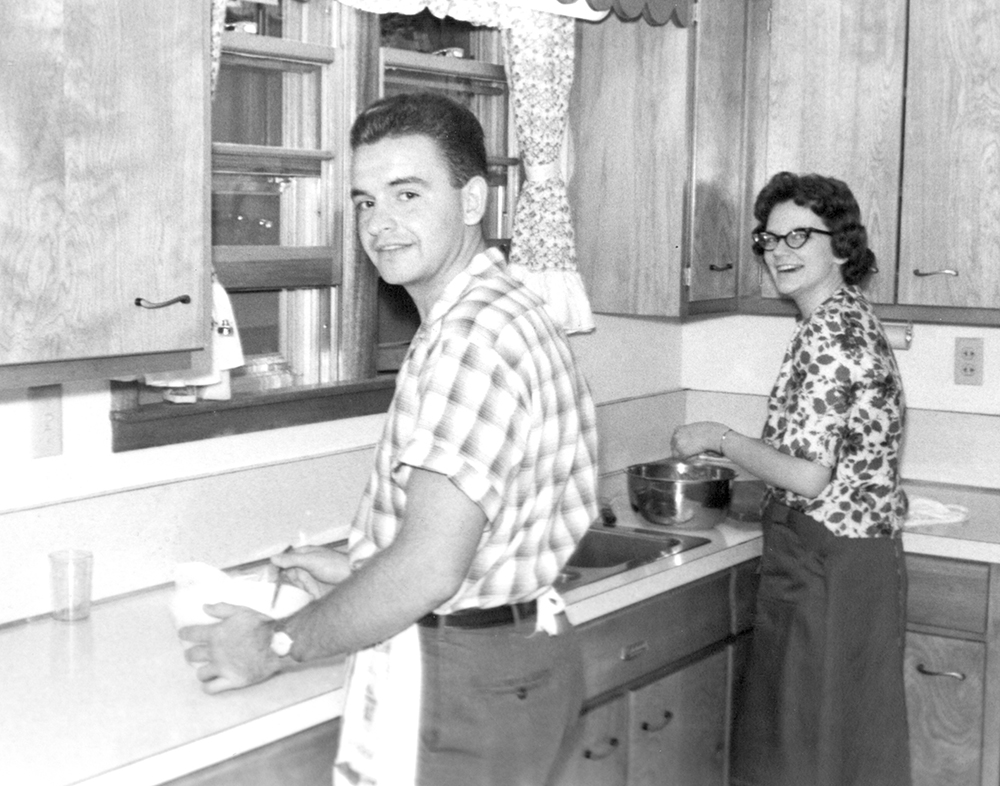 In some progressive households the dads also pitched in to wash the dishes after dinner or to even help cook meals. 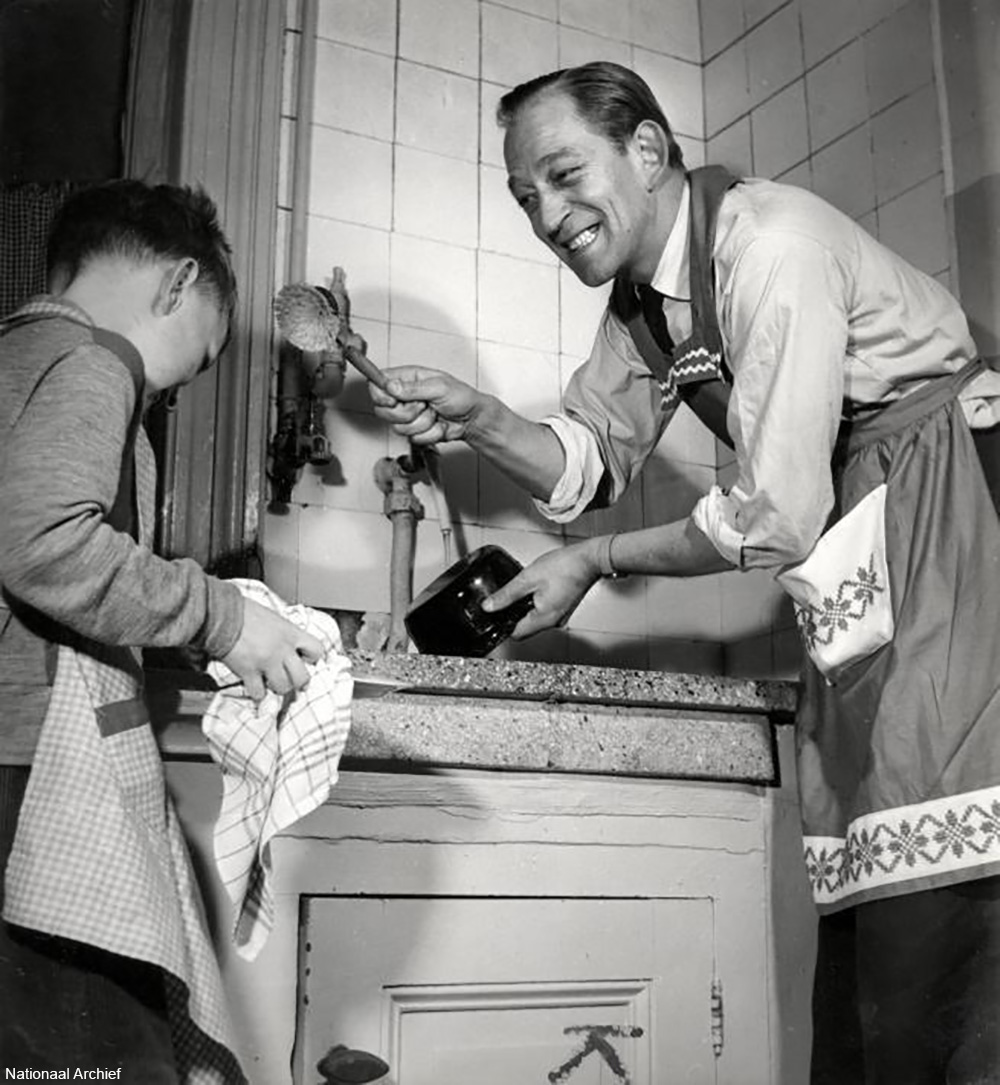 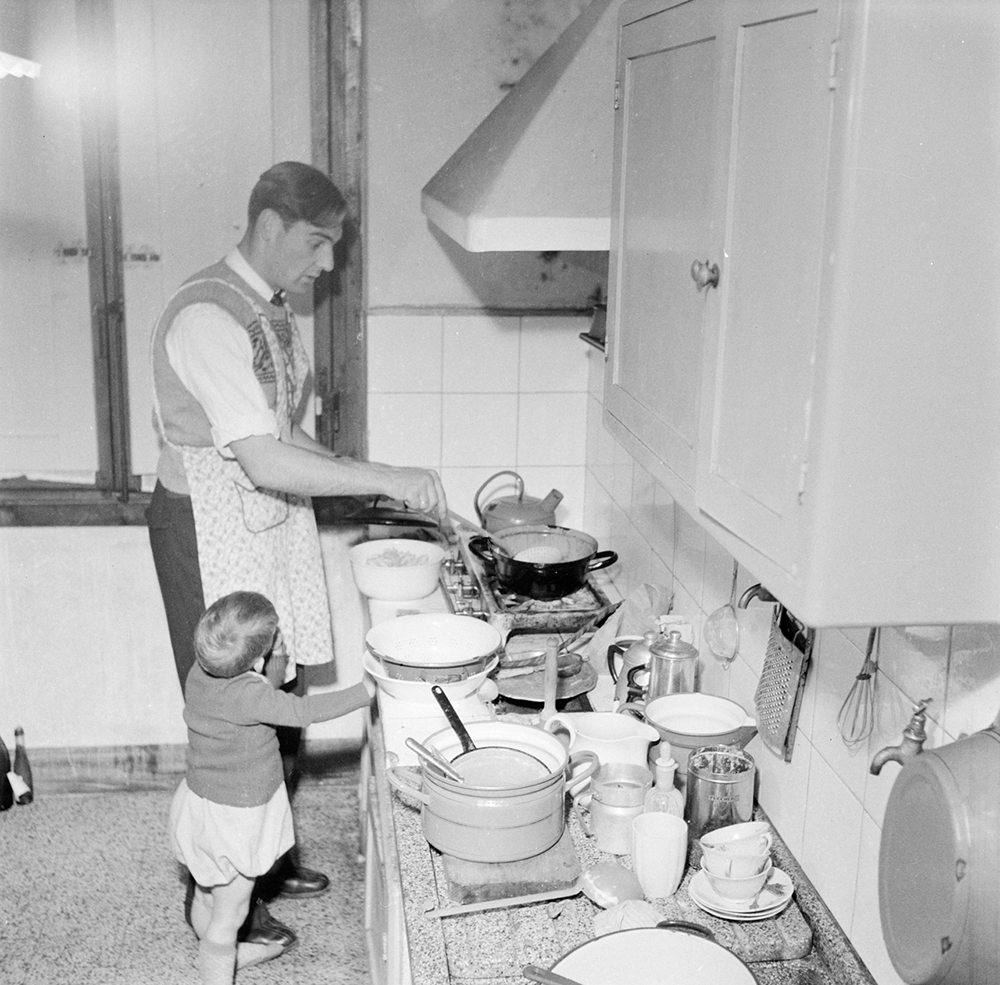 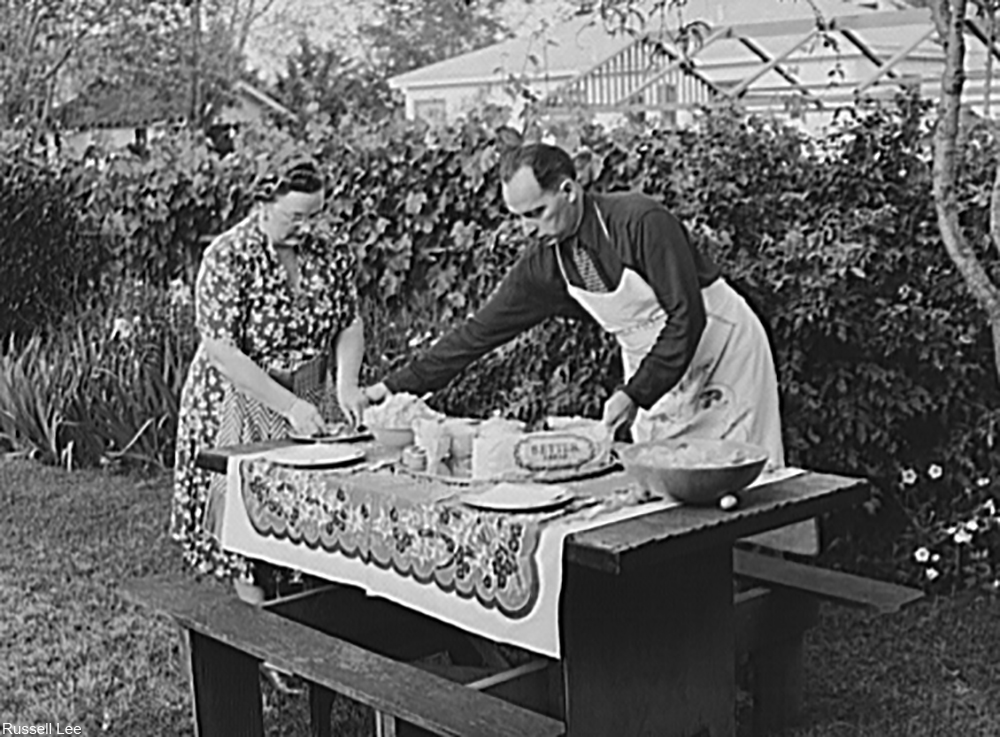 And, we can’t forget that there were many bachelors that had to fend for themselves and did so quite efficiently. Many men took pride in making delicious meals and keeping a tidy home, despite the social norms at the time which indicated that these were feminine activities. 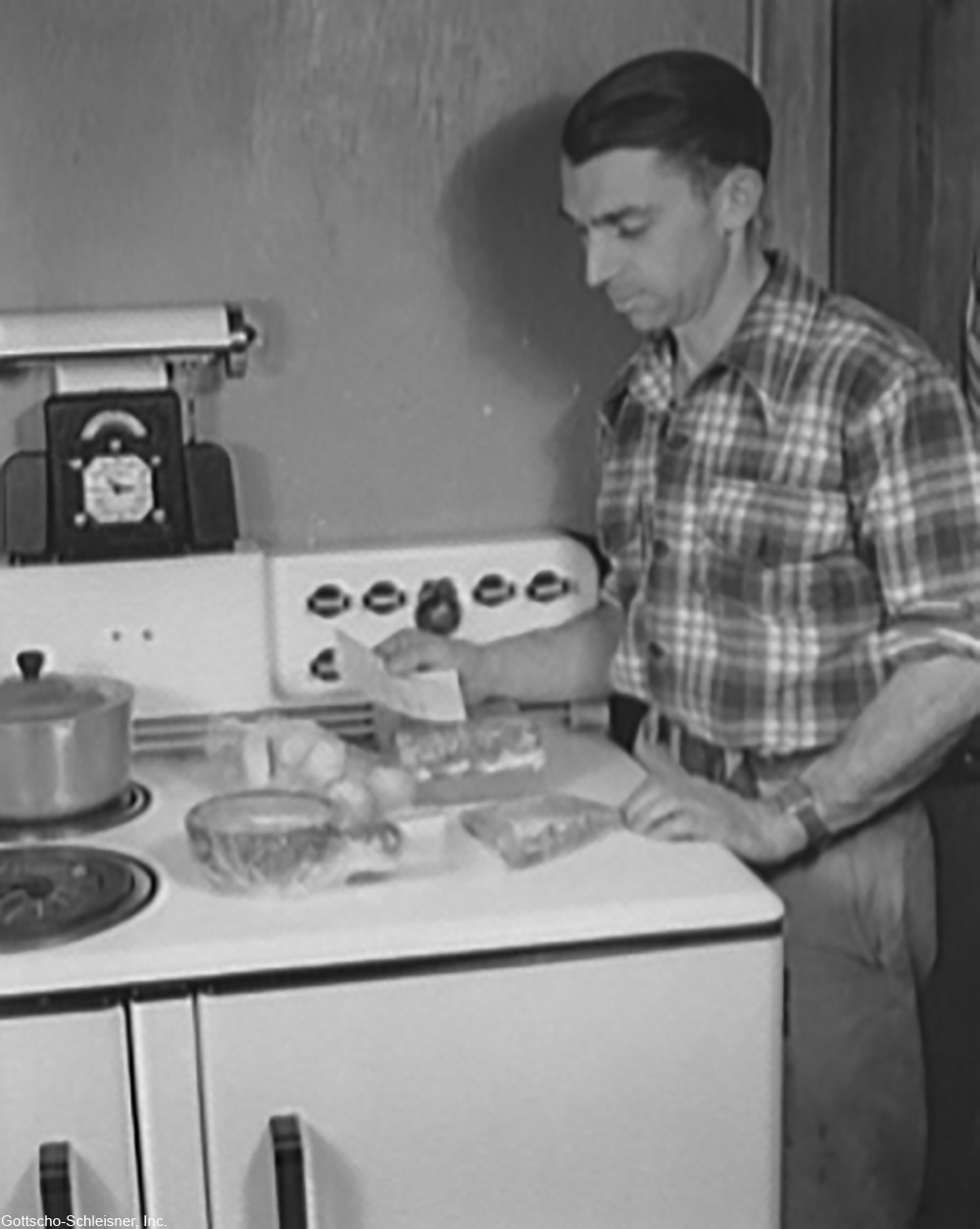 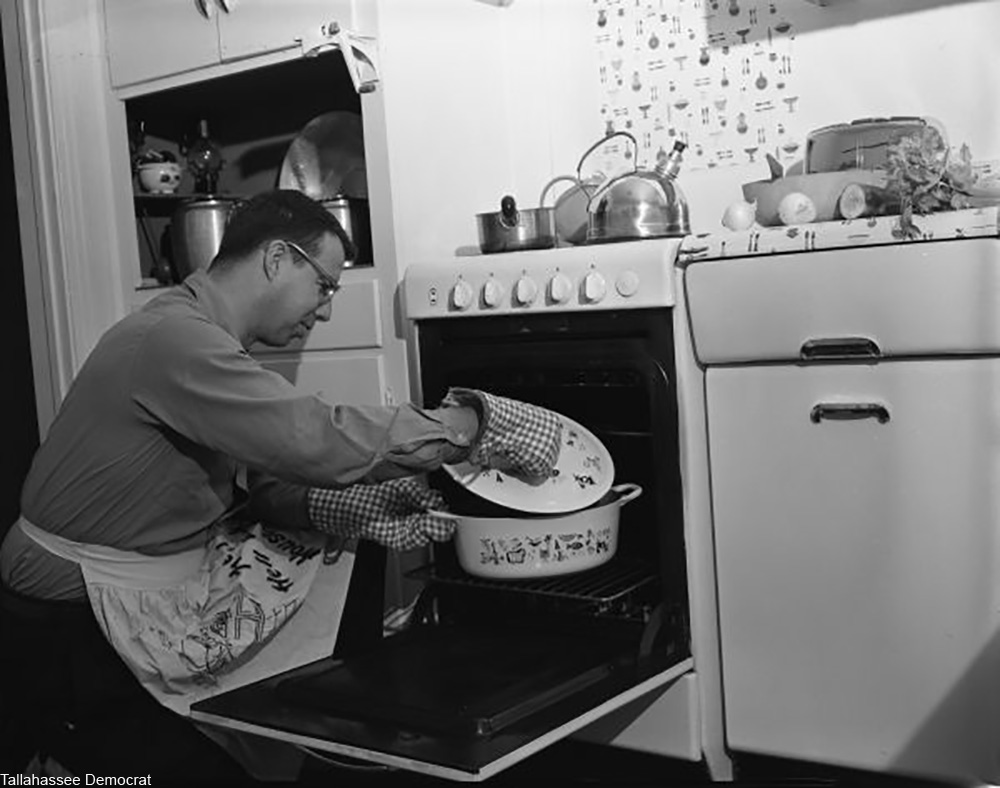 By the 1970s and 1980s, many dads were pitching in at least some of the time. The first notion of the stay-at-home dad first appears during this era, however the topic is still controversial to this day. 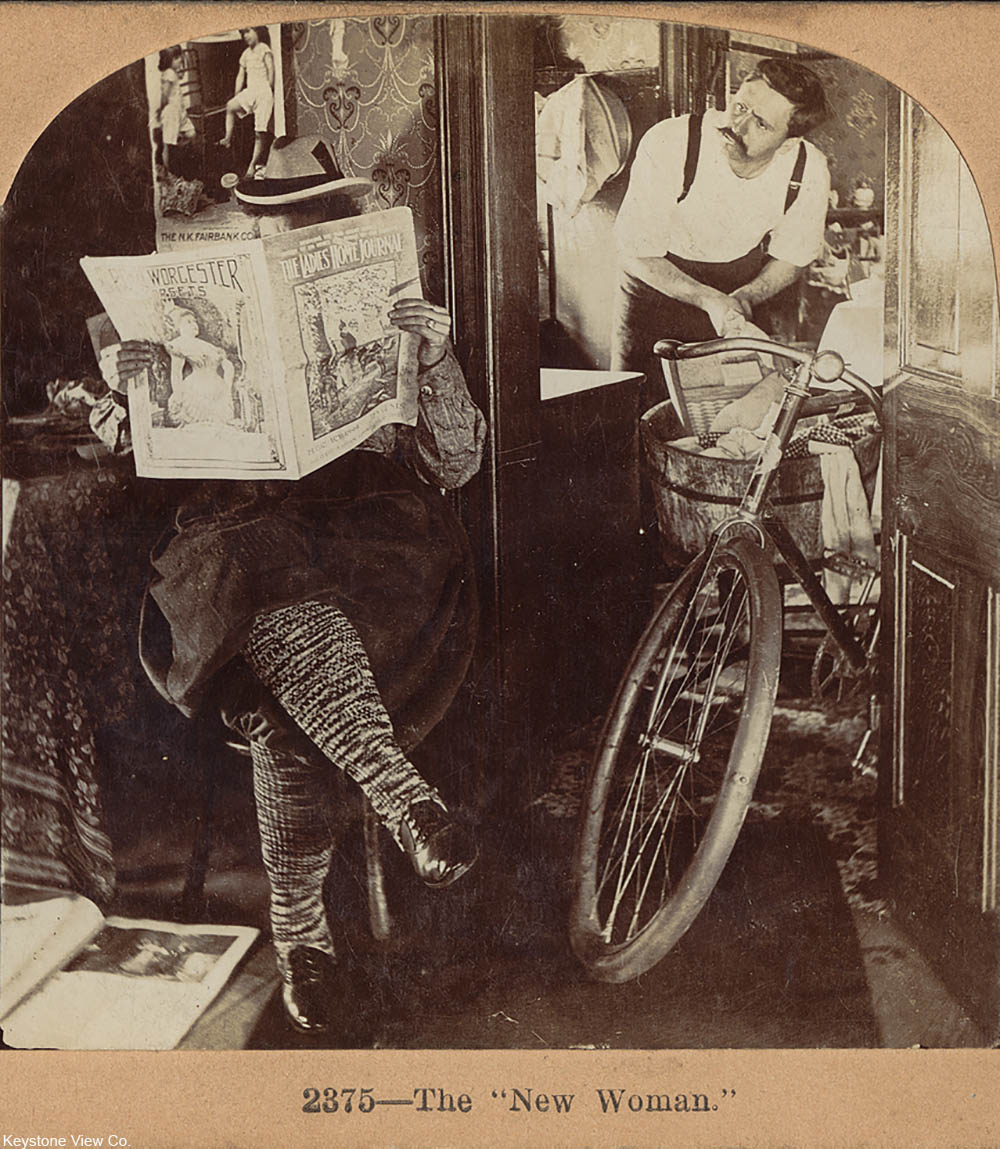 Of course, many men at the time were quite content to let their wives do most of the housework. The original caption for the 1953 photo below read: “Roy explains how shirt collar should be ironed- he took an all-boys’ home-ec class at school.” 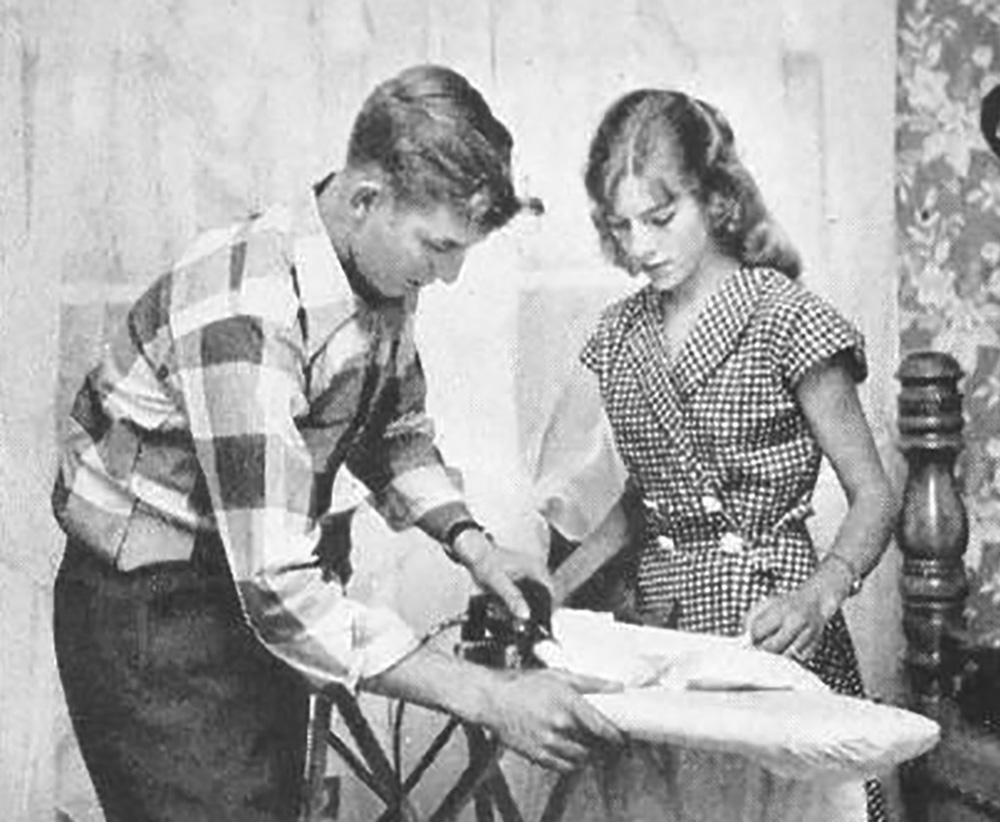