The Baroque Jewel Box Hidden in the Austrian Countryside

Many of the most beautiful abbeys in Europe are no longer standing, having been lost to time or left to decay. The world of the Middle Ages was based on very different ideals. Abbeys once played a huge role in commerce, science, and politics- as well as religious strictures. It was once common for people to enter the religious life with no aspirations of becoming a priest, happy to live a life of seclusion in an abbey. But, since many no longer survive it’s hard to say what some of them would have looked like. However, at the Benedictine Melk Abbey in Austria the elaborate rococo interiors tell a complicated story of immeasurable wealth and influence. 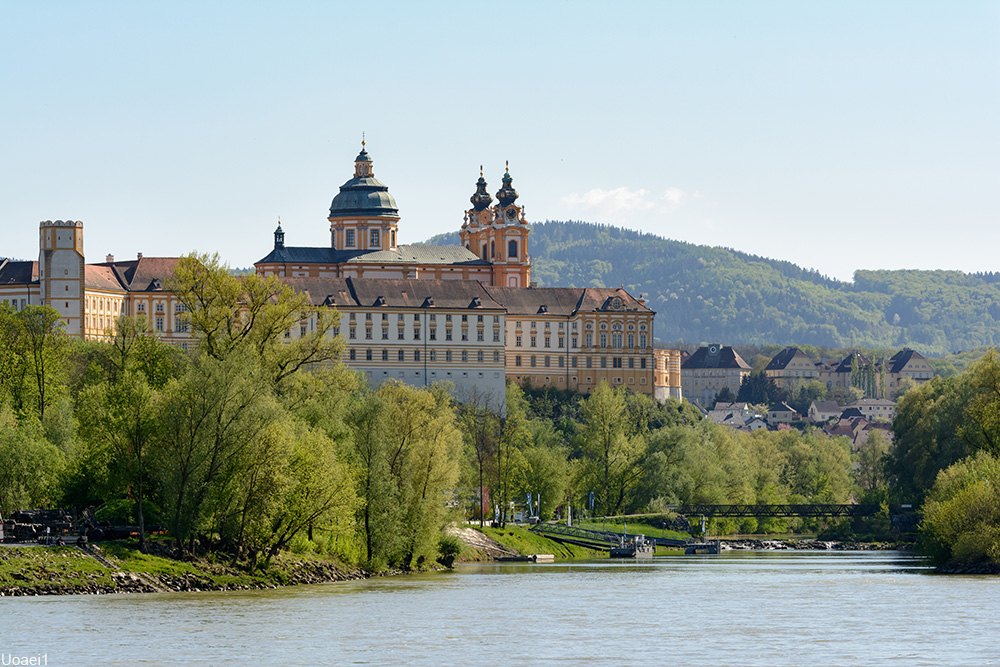 Melk Abbey was first built in 1089 on the banks of the Danube River in the Wachau Valley. However, after suffering a great fire in 1297 it was rebuilt in the baroque style between 1702 and 1736, a testament to the great wealth and power that once lay behind the Catholic church.

Abbeys at the time were part of the vast kingdom of the pope, a system in which favor and industry could determine how money was allocated to the different religious institutions. During the Enlightenment period abbeys were seen as undo repositories of wealth, since the vast acreages and untold jewels inside many abbeys were never inherited (and taxed) as other estates were. 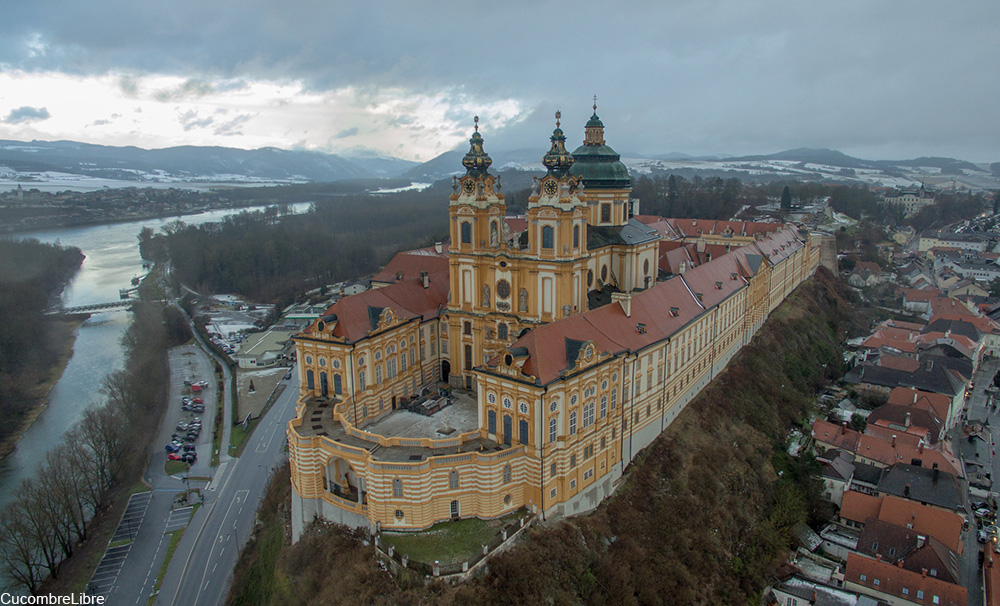 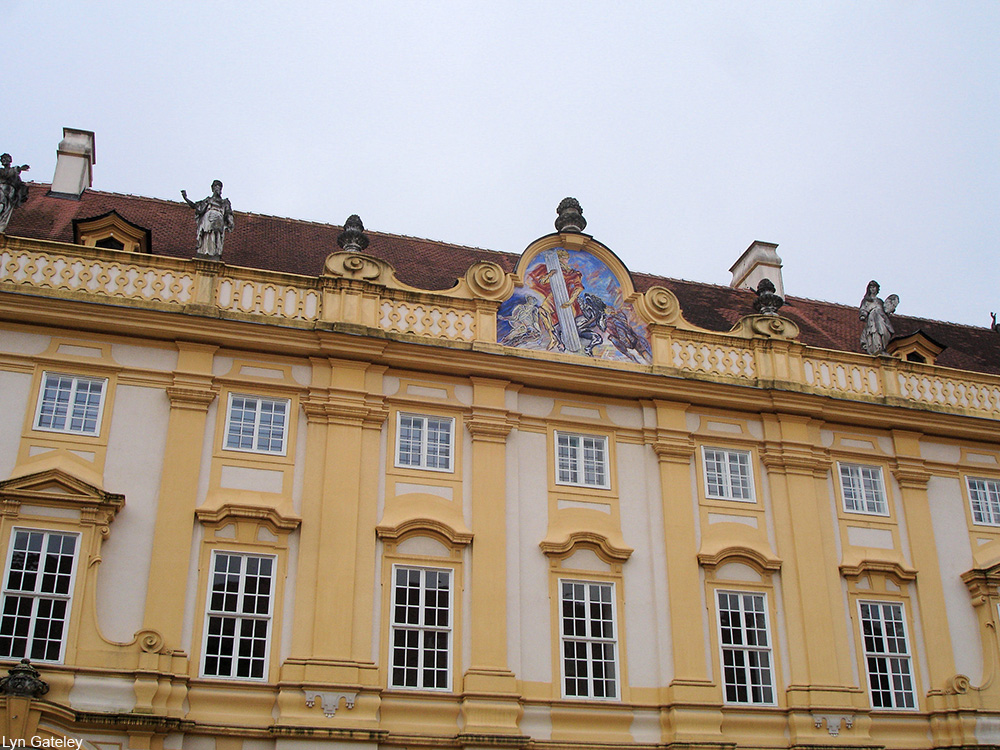 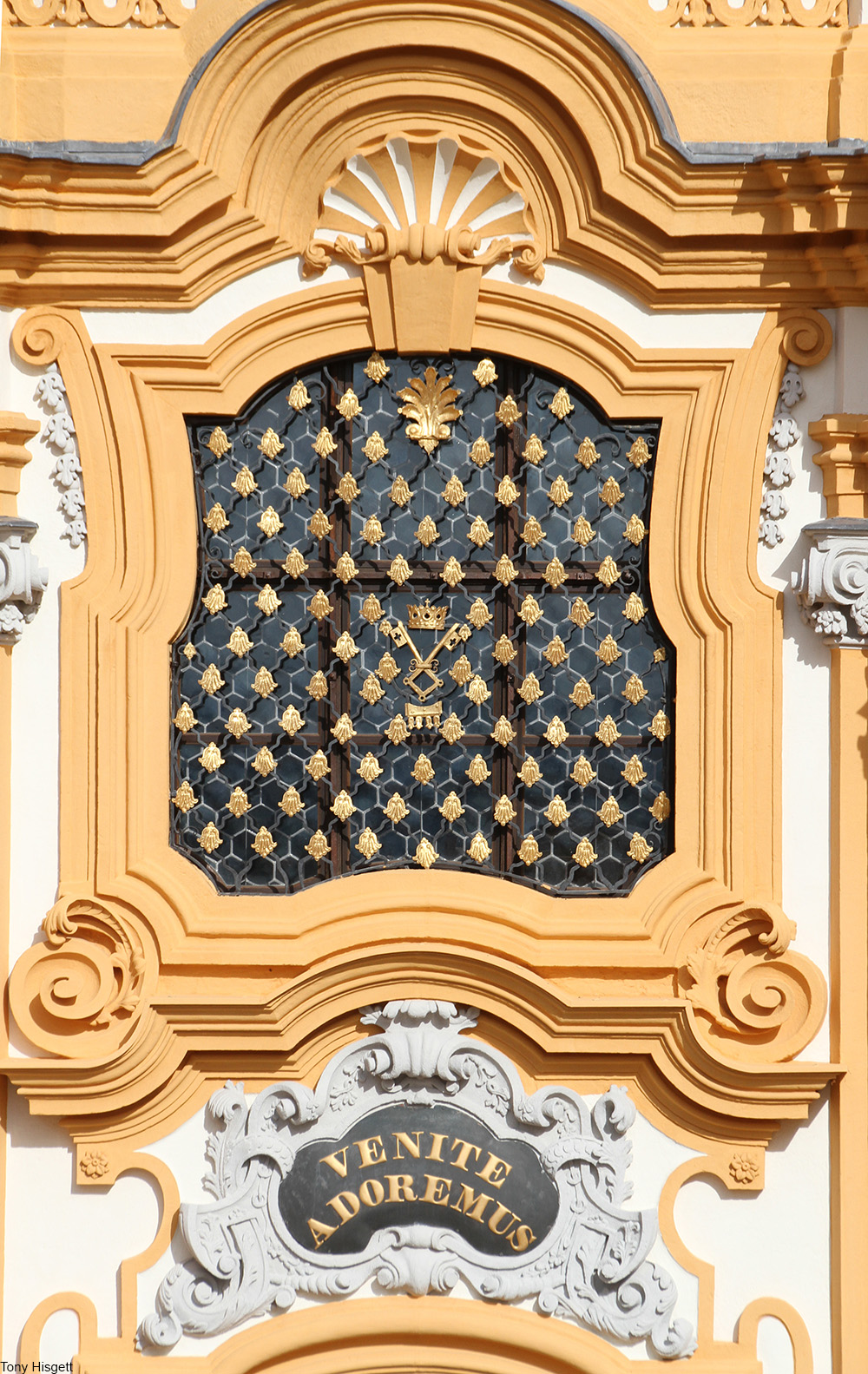 Even exterior surfaces are gilt at Melk. Via/ Flickr

This system was in place all over Europe, but the first abbeys to be broken up in England took place in 1536 with Henry VIII’s creation of the Anglican church. The abbey system was not broken up in Austria until the 1780s, but even that Melk survived.

Melk abbey also made it through the Napoleonic dissolution of the monasteries around Germany. However, another fire in 1974 did do quite a lot of damage. But, in the restoration even the small details were repaired.

The modern restoration of the abbey and its nave have remained true to how it would have looked in the 1740s just after its rebuild. The ceilings of huge library – at the time libraries were usually only found in great homes and in abbeys- were painted in incredible frescoes by Paul Troger, master painter and printmaker. The main part of the library holds 16,000 volumes, but a further 100,000 lie in the adjoining library chambers. 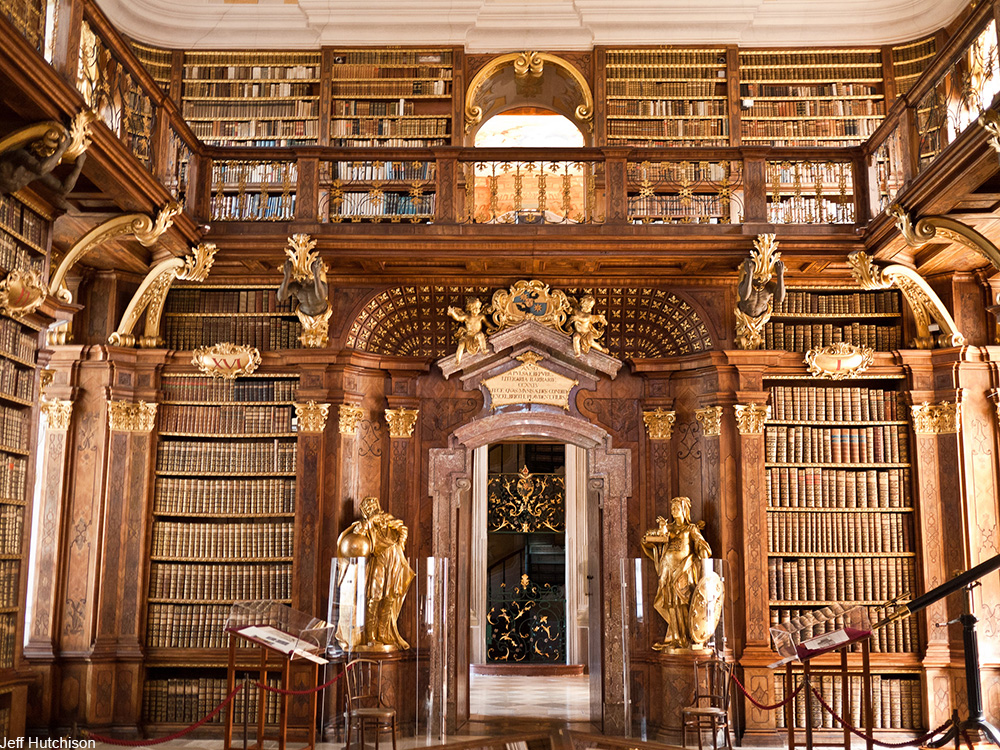 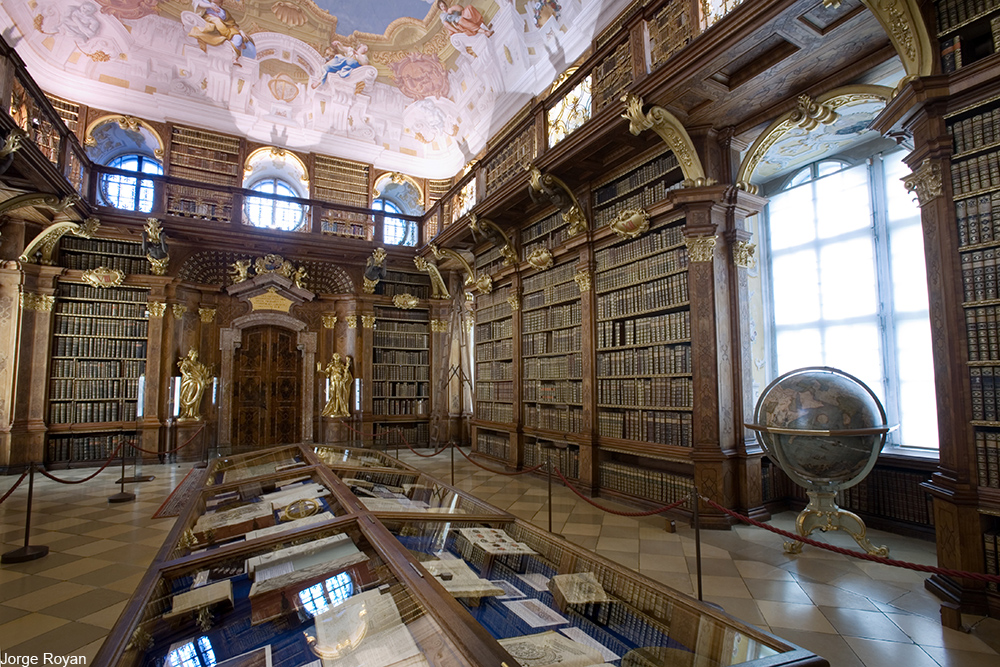 The ceiling fresco of the grand library. Via/ Wiki Commons 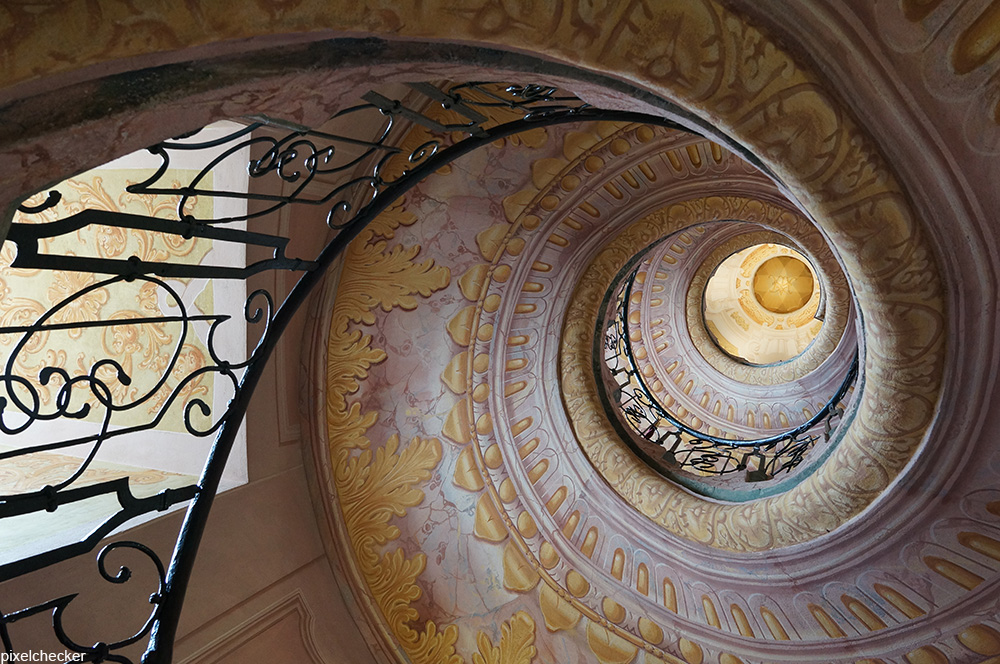 Another extravagant area of the abbey is the main church, which features frescoes by Johann Michael Rottmayr, as well as sculptures and artwork by a host of other 18th century artists, each of which is a masterpiece unto itself. Many decorative elements of the interiors are gilt and it took more than 8 bullion bricks worth of gold to restore the gilding during the most recent restoration.

The Melk Abbey church and its dome rivals some of the greatest churches in Europe. 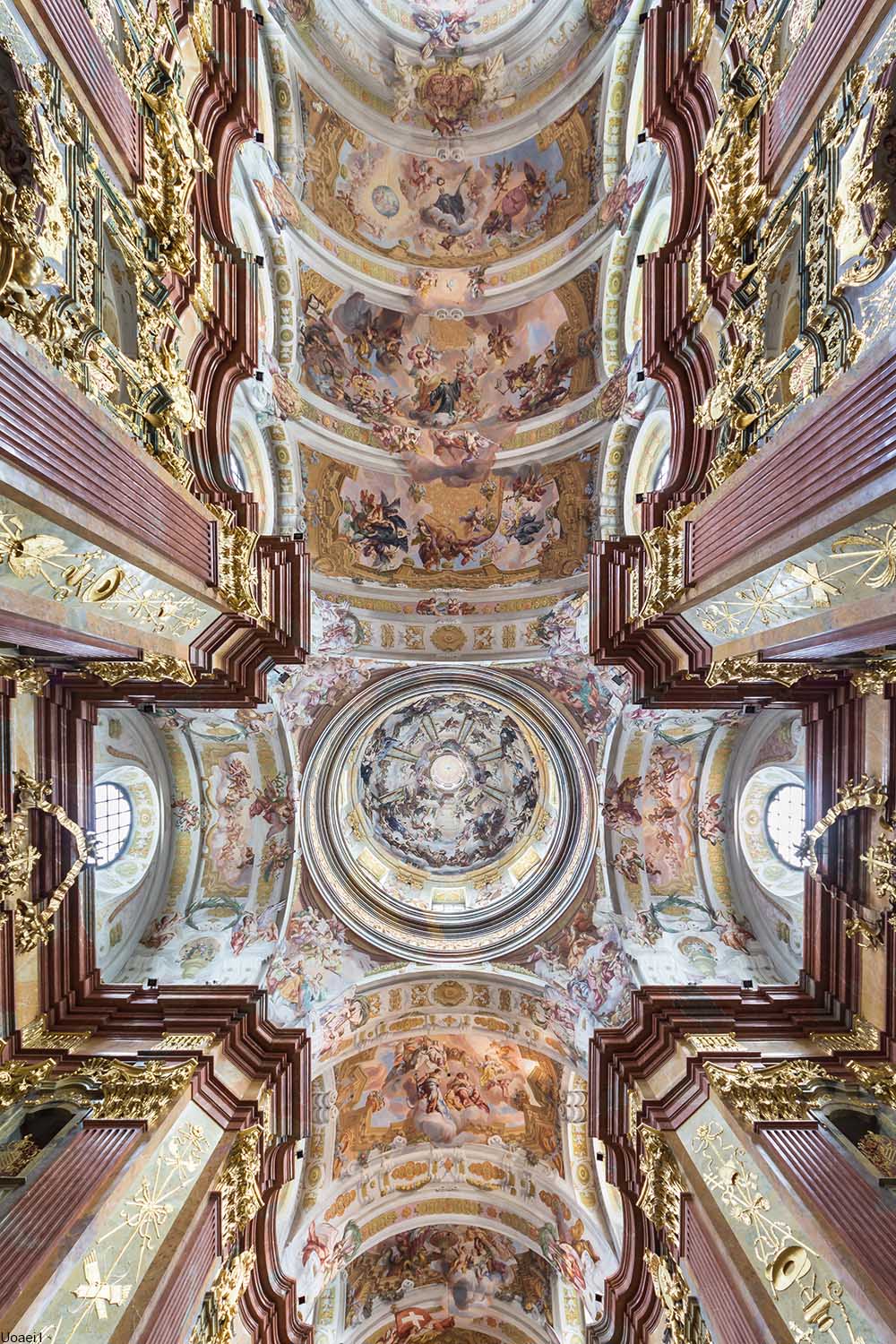 The painted ceiling of the church dome. Via/ Wiki Commons

The alter below -not the only alter in the church, mind you- not only contains a huge oval fresco, but also contains below the body of the Saint Coloman enshrined in an emerald green shroud and crowned in jewels. 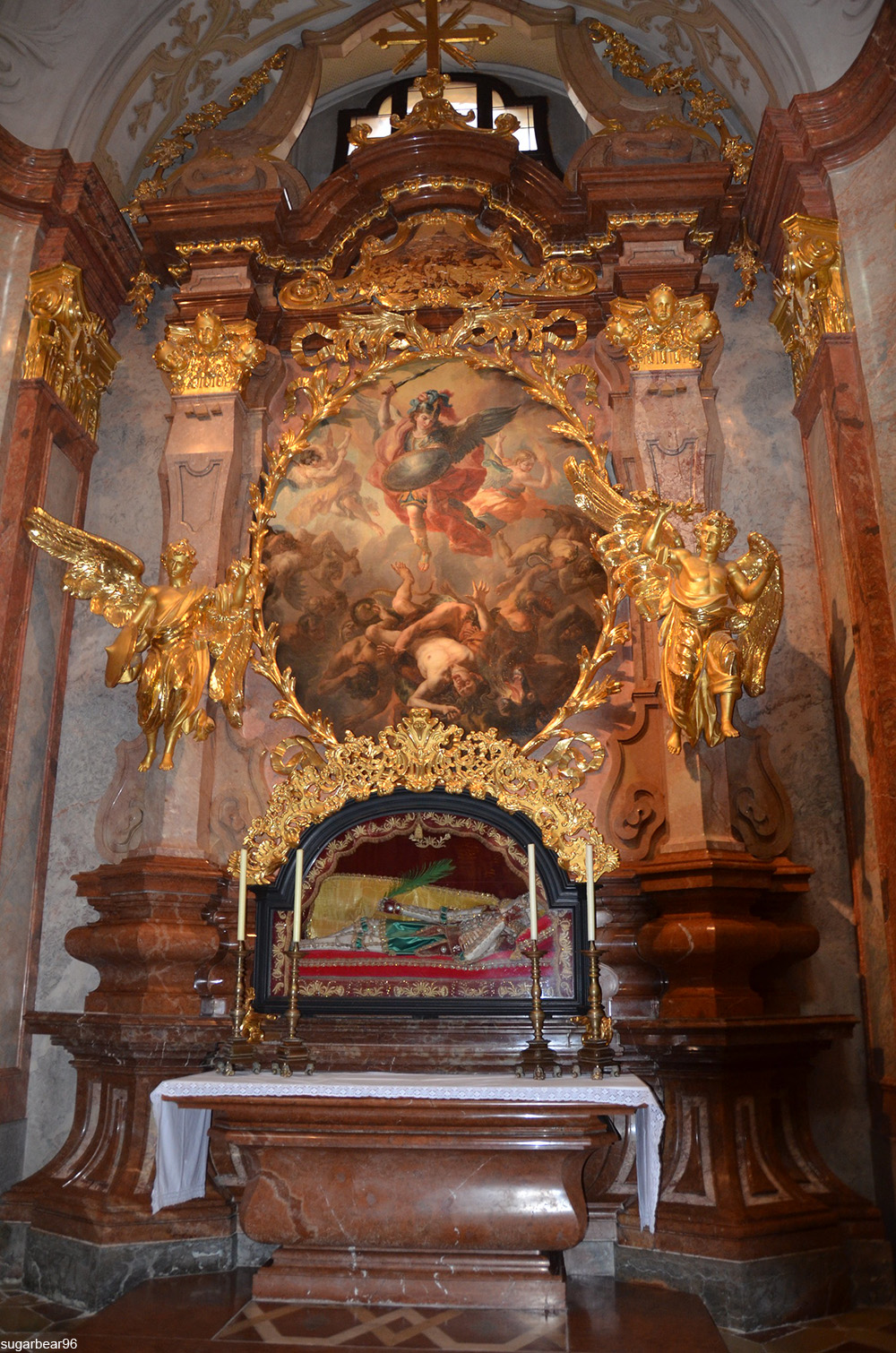 The monastery portions of the abbey are more humble, but still feature florettes on the domed ceilings and a host of valuable oil paintings from the 18th and 29th centuries. 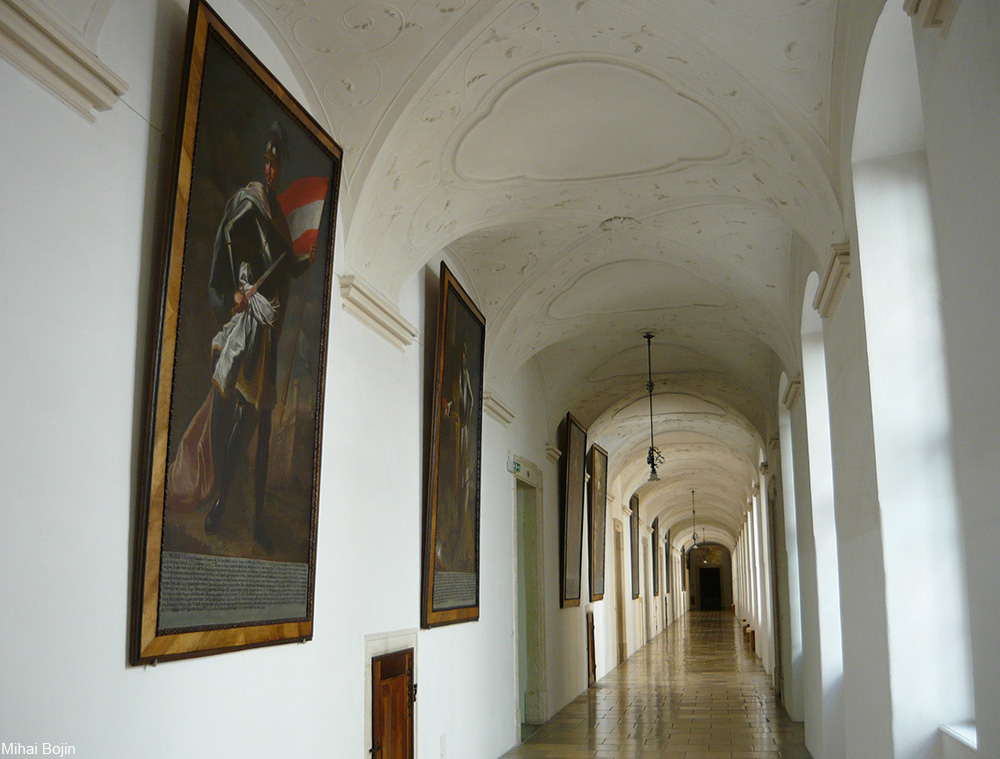 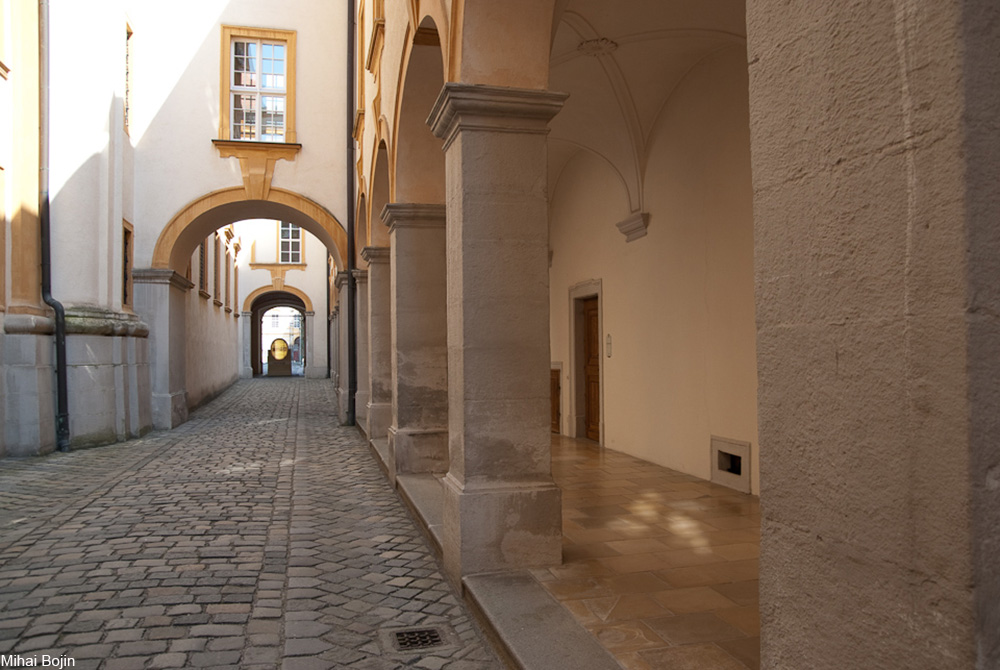 Like many abbeys of the day, they were self-contained and featured defensive lookouts like this tower at the the back of the huge hilltop complex. 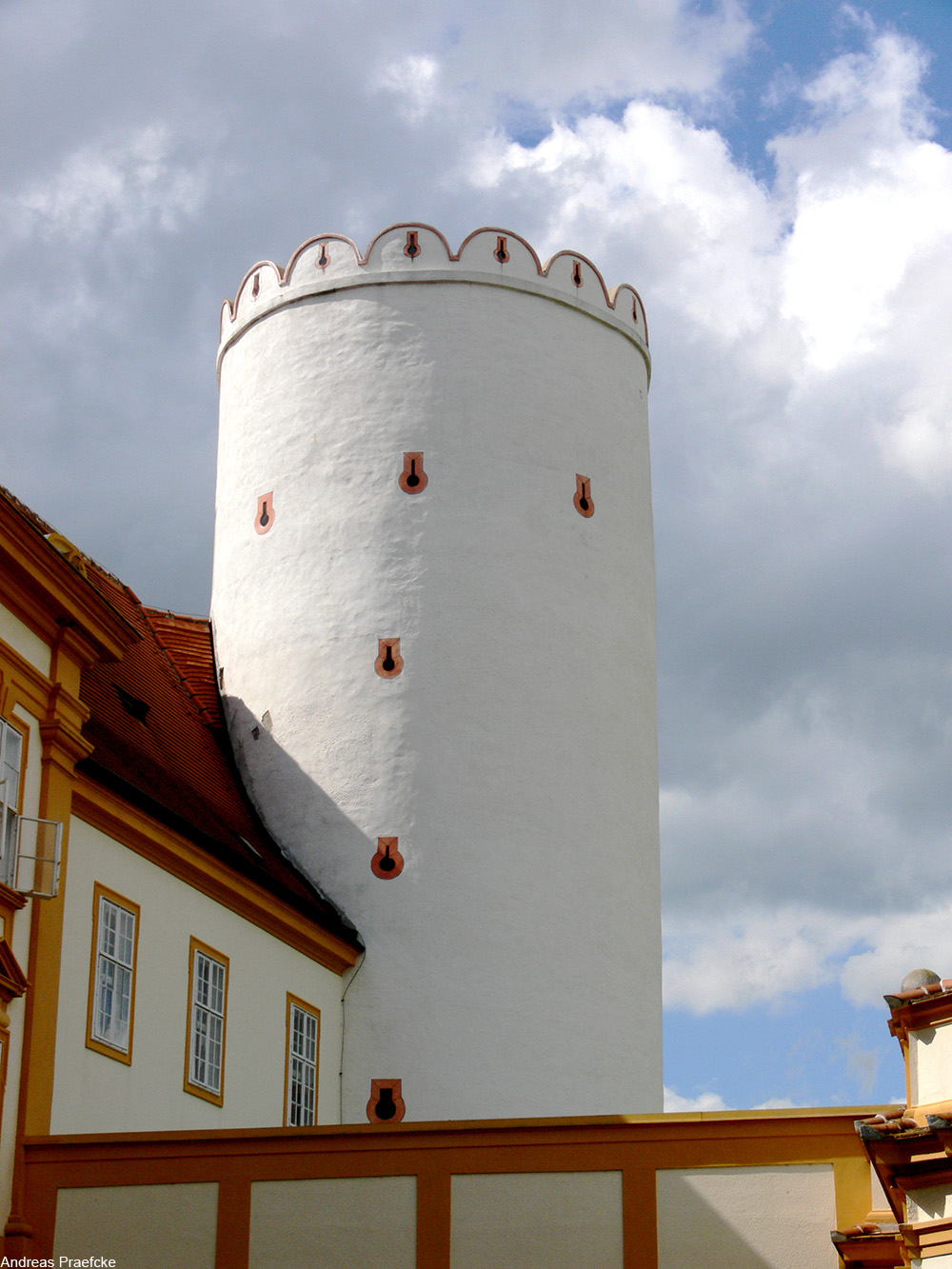 Today the abbey functions as a magnificent museum and cultural events center, although the library is still in use by scholars today and church services are regularly held there.