We see the golden arches, the first thing we likely think of is a great burger from McDonald’s. As it turns out, the restaurant may have looked quite different if a design agency had been successful back in the early 70s.

Unimark International is a design firm that studied the McDonald’s marketing theme in 1973 and then pitched their idea to revamp the signage and the packaging. The Vignelli Center for Design Studies at Rochester Institute of Technology was given the responsibility of digitizing those records.

Prototypes from that pitch by Unimark International were found by employees recently and they shared it on Instagram. They wanted to show the world the differences that may have occurred in the packaging if they had been successful.

What if Unimark International did McDonald’s packaging and signage? In 1973, Unimark did a series of studies of the McDonald’s stores. The analyzed everything and interviewed employees, managers, and customers. One area they concentrated on was improving packaging and giving the signage in stores a consistent look. We have been digitizing the Unimark International records and found these images of what could have been! They found the apple pie packaging was universally loved, but questioned whether the McDonald’s symbol should be on the trash cans. Also the uniforms were definitely not “exciting” enough. #design #modernism #unimark #mcdonalds #1970s #packaging #graphicdesign #designarchives #slides #fastfood #signage

The Vignelli Center’s Instagram post brought out how the apple pie packaging from McDonald’s was ‘universally loved’ but it seems that they did doubt the trashcan and bathroom doors as well as the golden arches.

“Also the uniforms were definitely not ‘exciting’ enough,” the Instagram caption read.

One graphic designer and partner of Pentagram, a design consultant firm who is also a teacher at Yale School of Art, Michael Bierut shared pictures of the proposal on Twitter.

While we’re at it let’s throw in this rejected McDonald’s packaging proposal, from Unimark International, 1973. Had no idea these existed until they popped up in the @VignelliCenter IG feed this week @DesignMuseum #FontSunday #Helvetica pic.twitter.com/buUng02ZvL

Some were excited about the possibilities that could’ve been.

Others felt that the design was too reminiscent of the times. 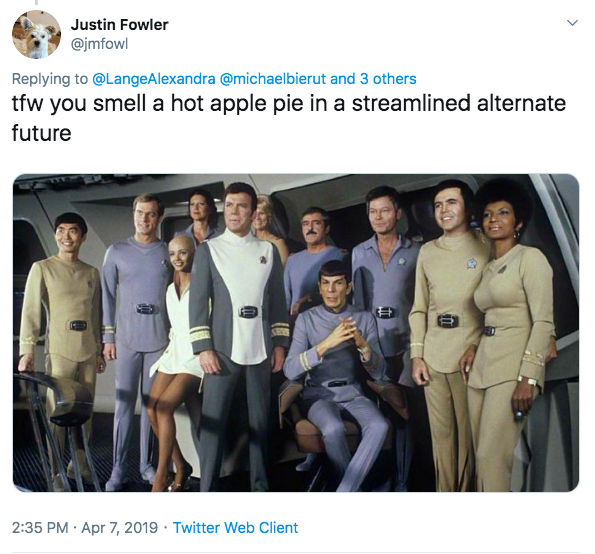 Even though it wasn’t meant to be, it’s interesting to think about how different things could have been.