Update: Marie Antoinette’s Jewels to Go Up for Auction

Amazingly, some of the jewelry made especially for Marie Antoinette have stayed in their family for more than 200 years and have now resurfaced in full public view. The tumultuous reign of her husband, Louis XVI, ended in death for them both, as well as for her son. The excesses of the monarchy were so despised that most of Marie Antoinette’s things do not survive today. 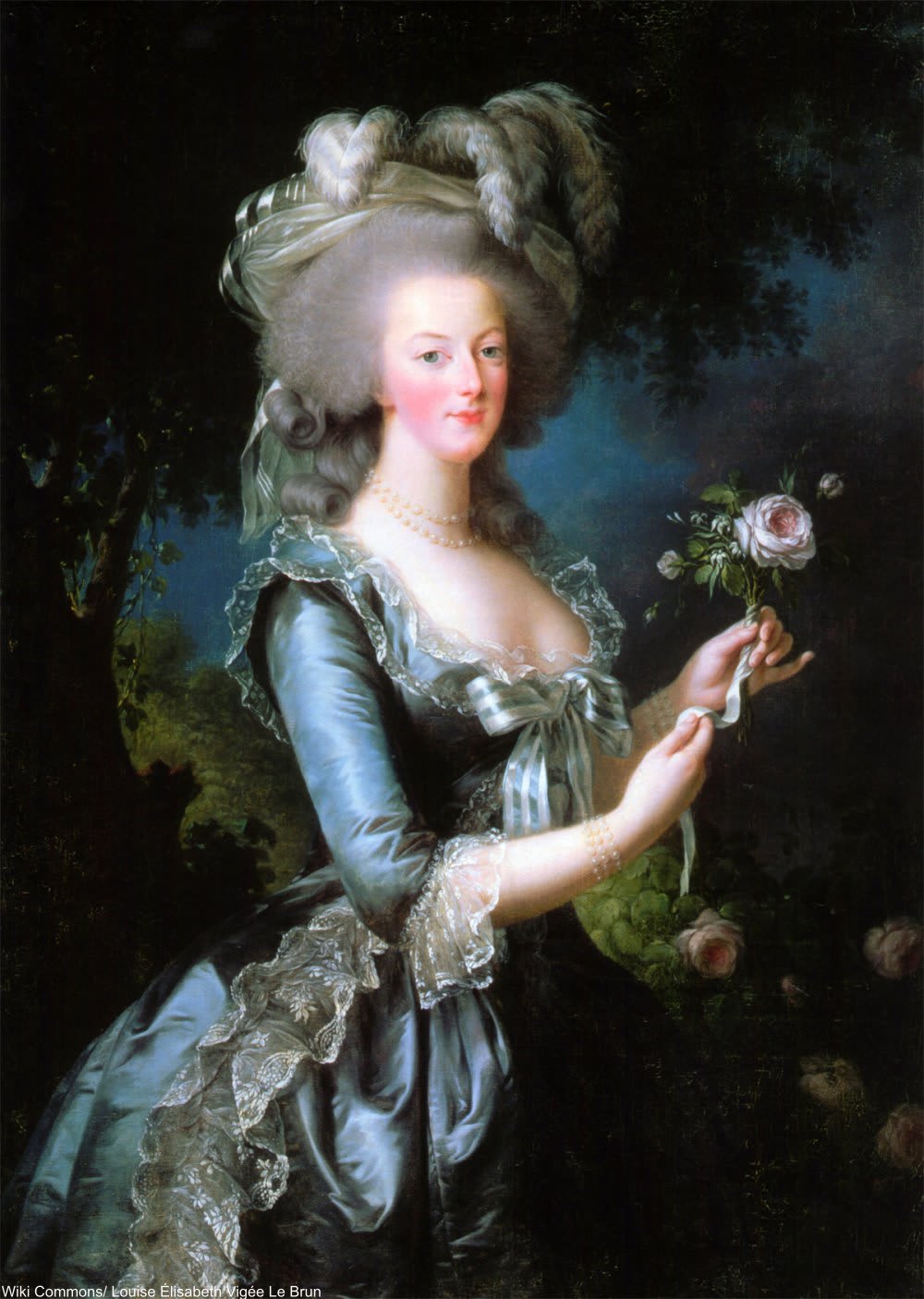 Marie Antoinette had a fondness for fashion and for pearls. Via/ Wiki Commons

The questionable anecdote about cake was most likely never uttered by Marie Antoinette, yet she paid a hefty price for the luxury of the royal lifestyle. However, a small collection of her jewelry was spared the plundering of the French Revolution.

Just months before her arrest, the prescient Marie Antoinette had the jewels smuggled out of France to Austria and into the care of her brother, and from there they passed down to her only surviving child, Marie-Thérèse, who claimed the jewels in Austria when she left France upon becoming an adult.

Marie Antoinette may not have been the exact lush that revolutionaries painted her to be, but she did have penchant for expensive things. It was not just jewelry she collected, but she also exquisite Japanese lacquer boxes in miniature as well as a formidable collection of gowns and accessories for which she was widely known. 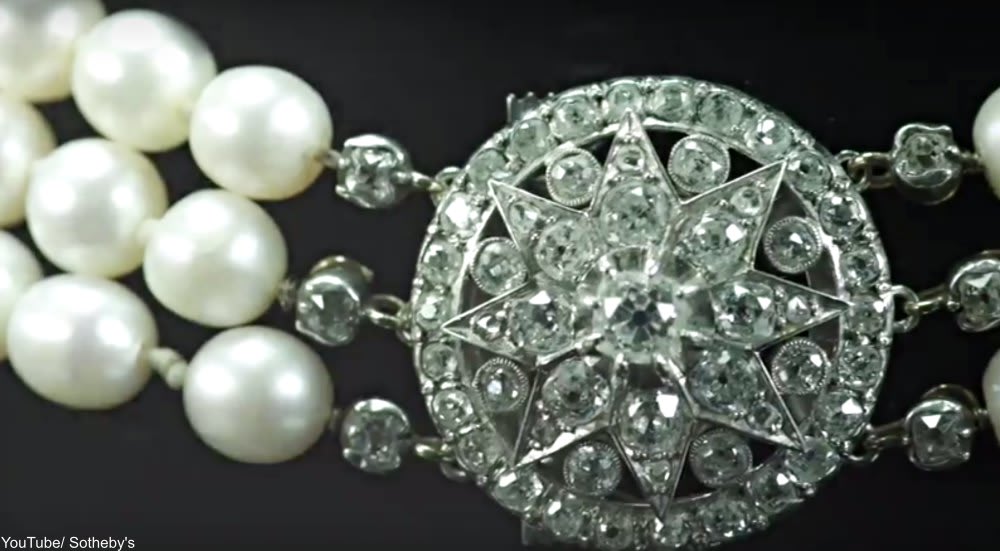 Marie-Thérèse lived in exile until 1814, at which point the French monarchy was restored. Marie Antoinette’s other child, Louis-Charles, died in custody during the French Revolution from a combination of mistreatment and illness.

The jewels have remained in the family ever since being sent by the Queen herself and the collection up for offer from Sotheby’s includes jewels from the Austrian royals as well as the Dukes of Parma and King Charles X of France. The collection includes medals, watches, and jewelry from the past 200 years that have been collected by the Bourbon-Parma family. 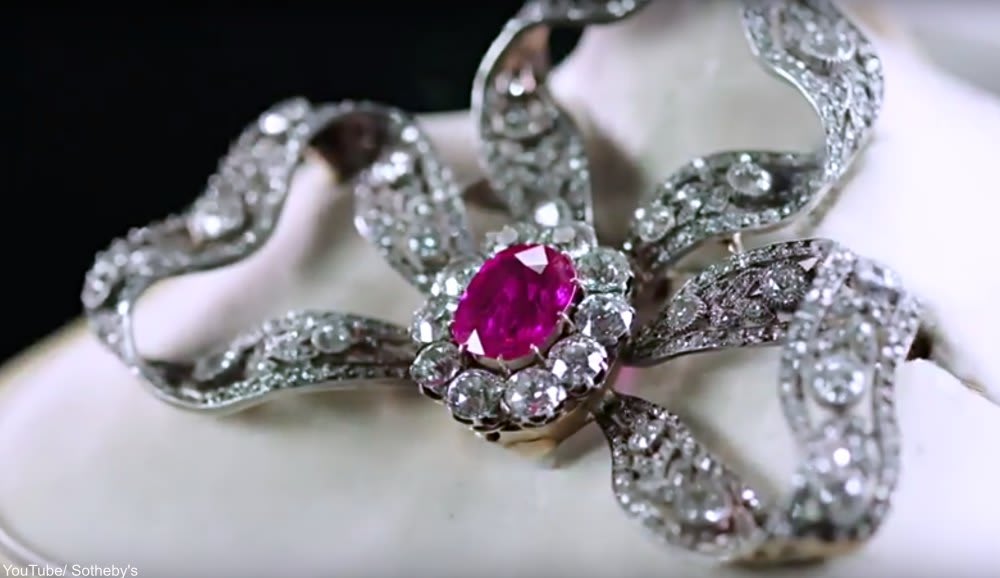 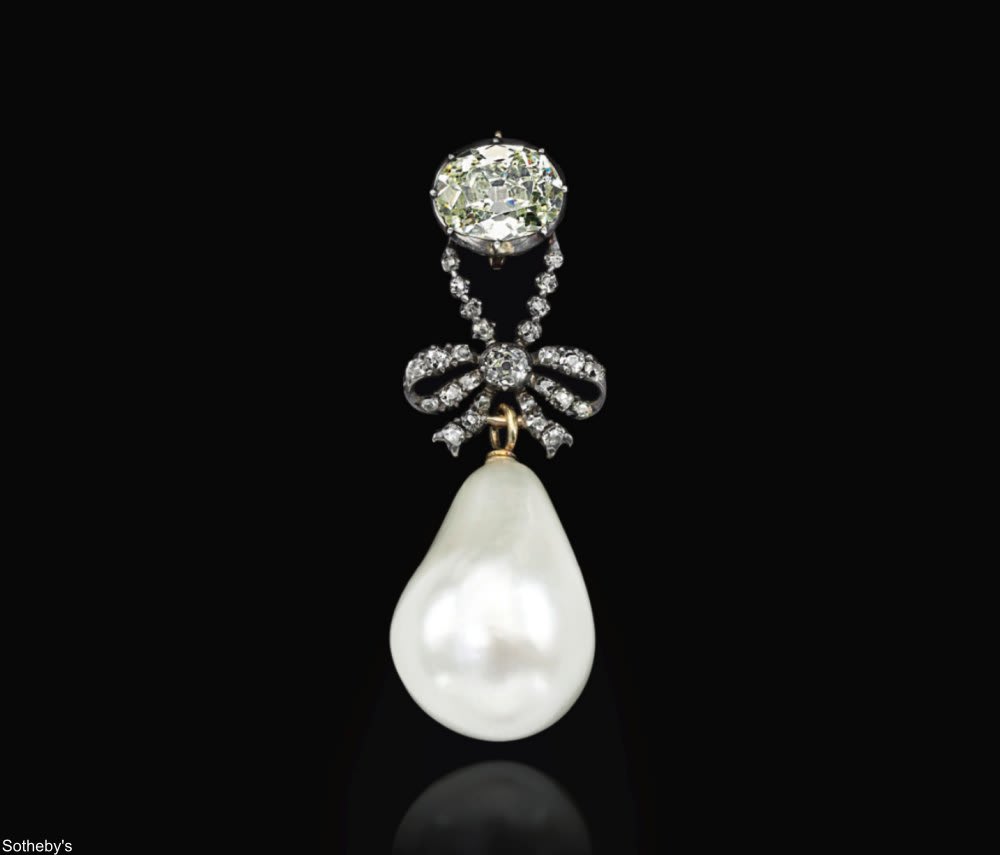 This perfect and large pearl pendant is expected to be one of the highest-selling items of the collection. Via/ Sotheby’s

The pieces belonging to Marie Antoinette are mostly pearls and diamonds, and it is said that one of the rings even contains a lock of Marie Antoinette’s hair! Just weeks before their debut on the Geneva, Switzerland, auction block the jewels and gems were on a touring display at New York, Dubai, London, Singapore, and Taipei. 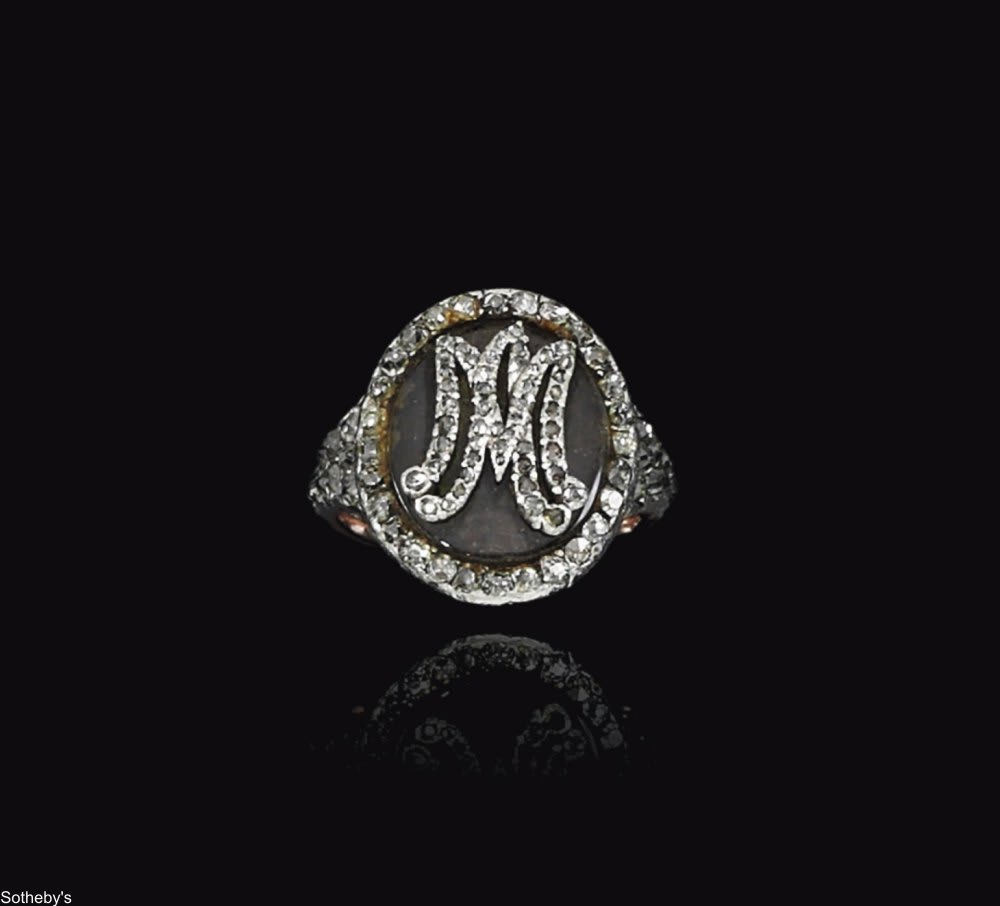 This diamond-encrusted ring not only bears Marie Antoinette’s initials, but also contains locks of her hair. Via/ Sotheby’s 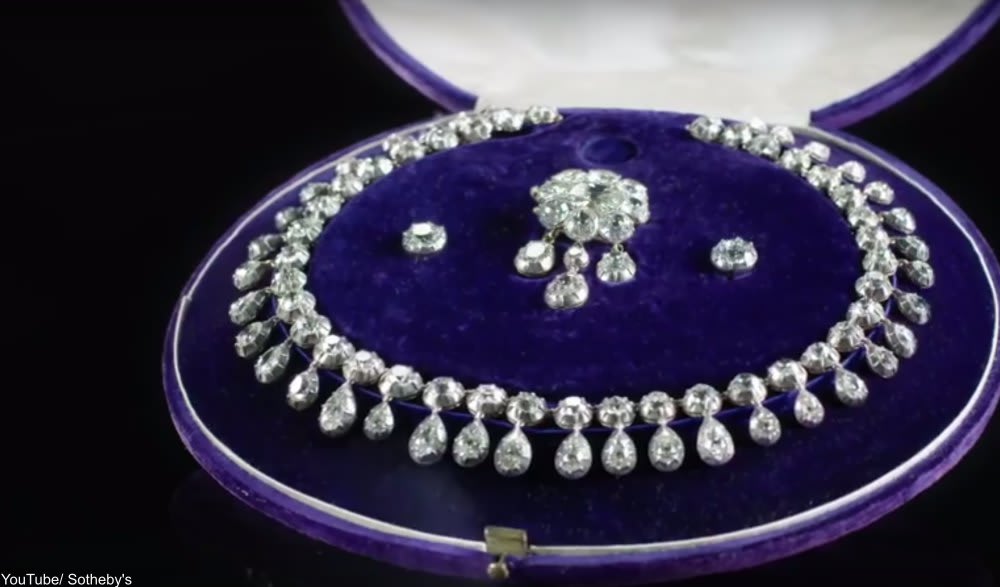 The pieces are expected to fetch millions at auction on November 14th, 2018 and it’s no wonder since so many objects belonging to Marie Antoinette were plundered or destroyed. We don’t even have many pieces of her clothing, such was the queen hated so much during the French Revolution. Yet the most valuable and splendid parts of her wardrobe survive!

Update: the amazing collection sold for a total of $53,185,948.50 USD at auction. The famously large pearl mentioned above sold for $36M, a record high for a piece of pearl jewelry. The record for highest selling pearl jewelry had previously been held by the sale of Elizabeth Taylor’s pearl necklace in 2011 at a price of $11.8M.

Have a closer look at some of the jewels in the video from Sotheby’s below.

The magical automaton given to Marie Antoinette: Click “Next Page” below!