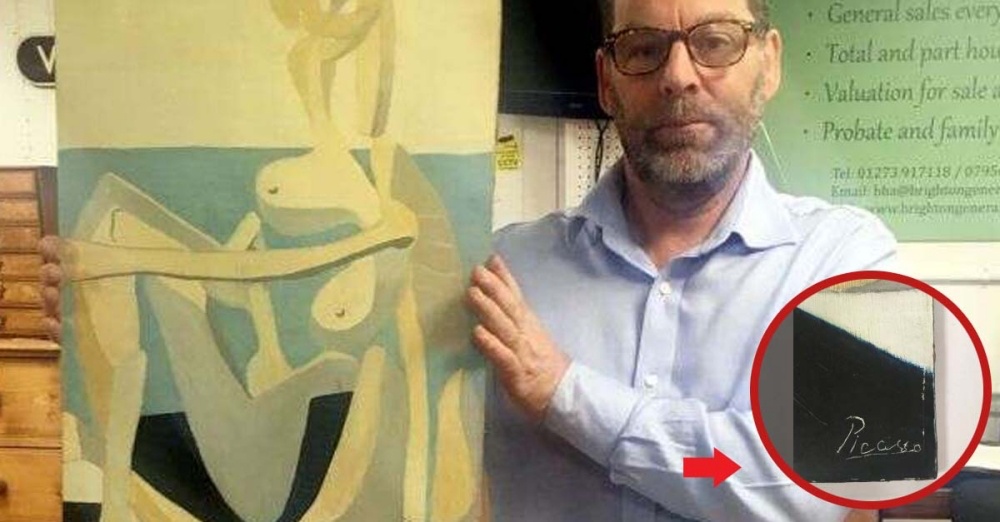 Philip Stapleton was one of the many looking through a thrift sale in the UK. He came across a painting he liked so much, he spent $300 on it, even though he assumed it was fake. After doing some research and consulting some experts on it, he learned that the painting was 100% real. It was actually an original work by Pablo Picasso.

Stapleton tells news outlets he acted on a whim, spending 230 British pounds ($293), simply because he loved the picture. He takes it to the Brighton and Hove Auction House where they tell him the fortune he is holding as his property. 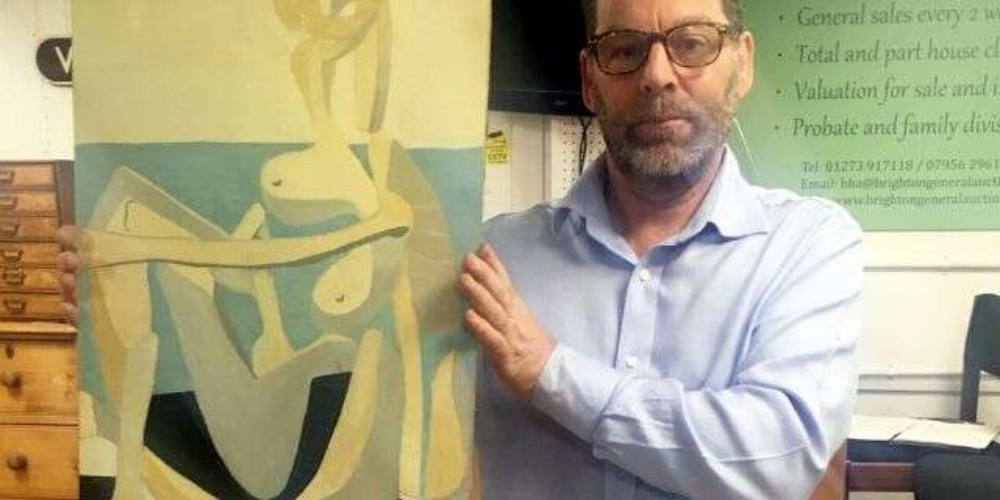 Brighton and Hove Auctions general manager Rosie May talks about the excitement that is a real Picasso painting. “It is so exciting – one of our regular buyers came into the auction house with what he felt was a picture that had Picasso on it – he didn’t know that it was anything special.”

At first, May is slightly put off by the signature. He likely gives the painting to one of his friends, Roland Penrose. However, after studying the painting pretty closely, including the signature, she determines it definitely is Picasso’s signature. She presumes it is a signature from earlier in his lifetime. 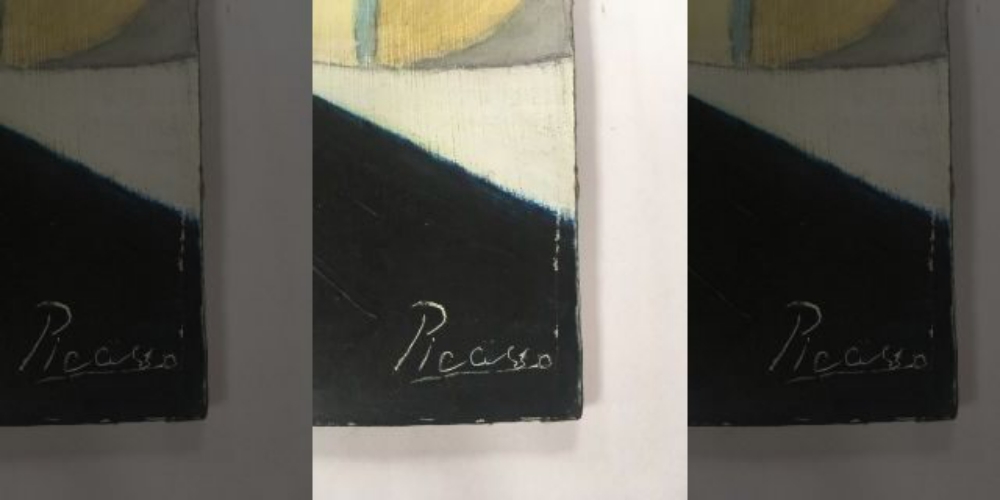 “The signature is clearly Picasso but with a message – you could try to work out what it says, it could be in Spanish, it could be in English, it could be in French we’re not sure, but very definitely there’s the name Roland and a date, but the date’s quite indistinct – we’d love to know what the message says,” May continues about the painting.

“But because the signature on the front is one of his early signatures, it didn’t match with the painting of the Seated Bather. It sat by the desk for a while and just intrigued me so I looked at it more, picked it up, turned it over and on the back you can see very faintly Roland Penrose Estate.” 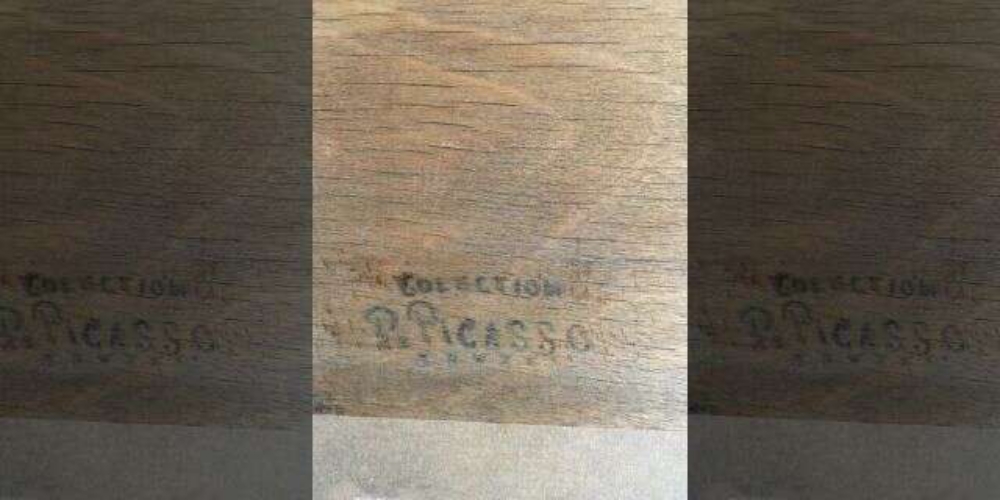 May continues her theory: “Further down is ‘collection P Picasso’ and just very faintly with a spyglass you can see it says ‘Javier’. Javier Vilato was one of Picasso’s nephews that he was really close who also had a collection of Picassos. So, we believe he probably gifted it to him and wrote the message on the back.”

In conclusion, she believes that chances are slim that this is a fake Picasso painting. Stapleton says that he is “like a rabbit in headlights” when he found out! 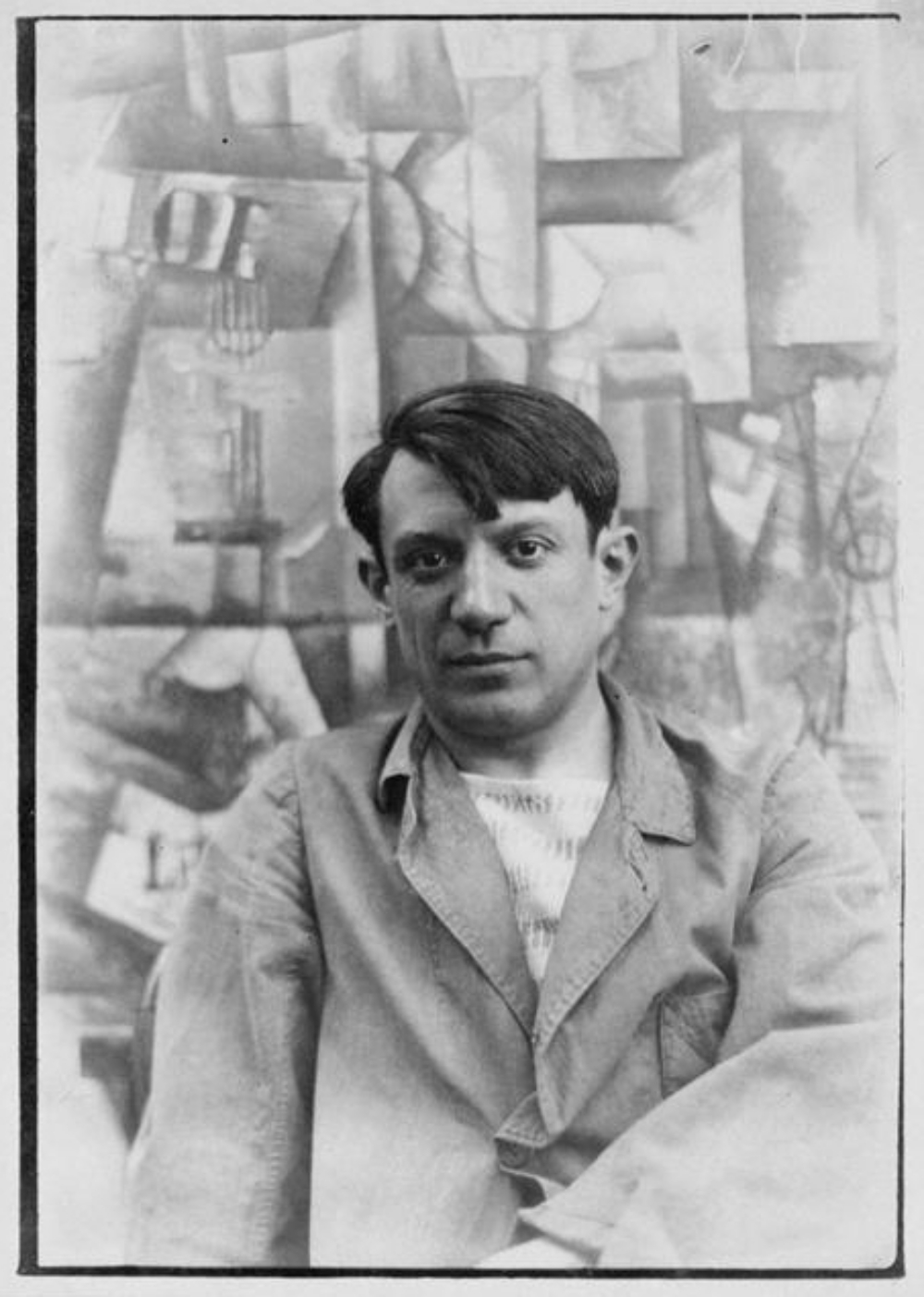 Pablo Picasso himself in 1912 / Wikipedia

We can’t blame Stapleton for his reaction! Check out the story of another man who was just as shocked to find out how much his original ’60s Rolex watch was worth. He was speechless!

Long lost Van Gogh was just sitting in an attic for decades: Click “Next Page” below!