In the Middle Ages, castles were the most prominent parts of many communities, along with cathedrals. However, the castles often served the function of being fortresses as well. This meant that the intricate architecture and luxury was also cemented away behind thick walls, drawbridges, motes, and turrets for fighting off enemies. The title of count brought with it the duties of defending the county, from where the name comes. 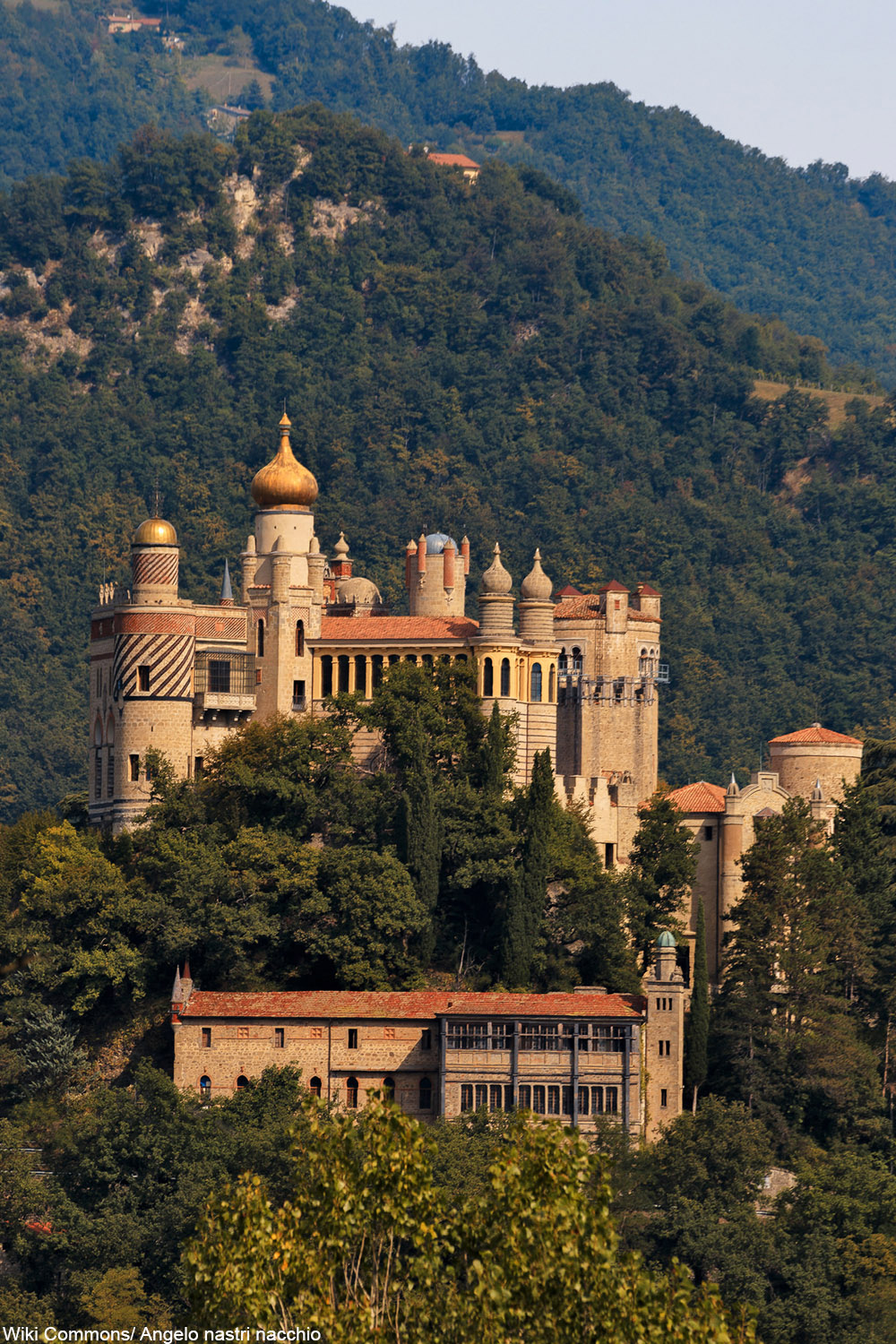 In Italy, a wealthy count took his castle to the next level, creating spires and onion domes uncharacteristic of Italian architecture. Then again, a lot of things about his home and his life were unusual. Casare Mattei was born into a wealthy family in 1809 and would grow up to be granted a countship from the pope, at the same time developing a love of science. 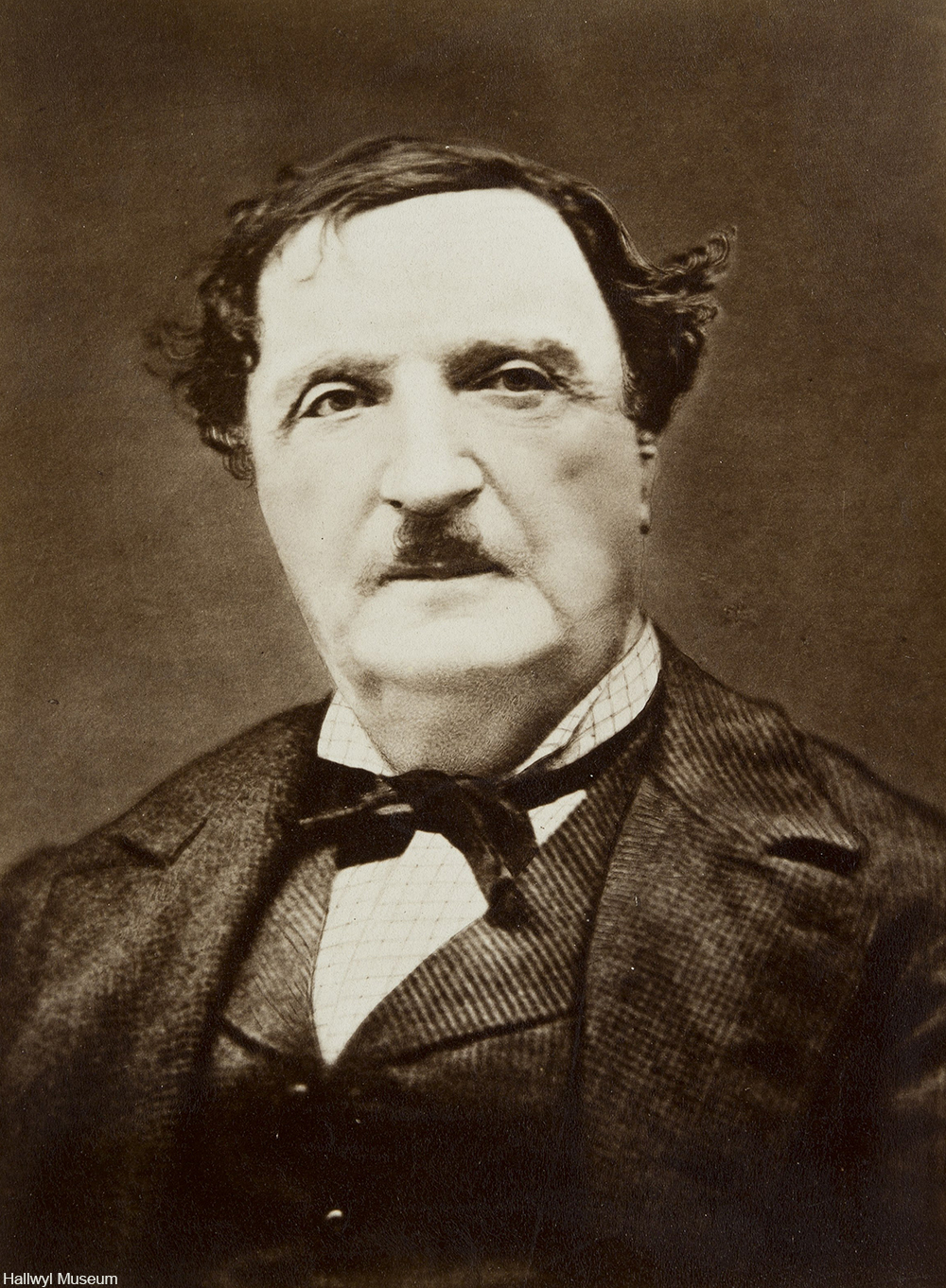 In 1850 he began construction on an existing Medieval castle built by Matilde di Canossa, famed imperial vicar and vice-queen of 12th century Italy, one of the few women remembered for her power and military prowess. 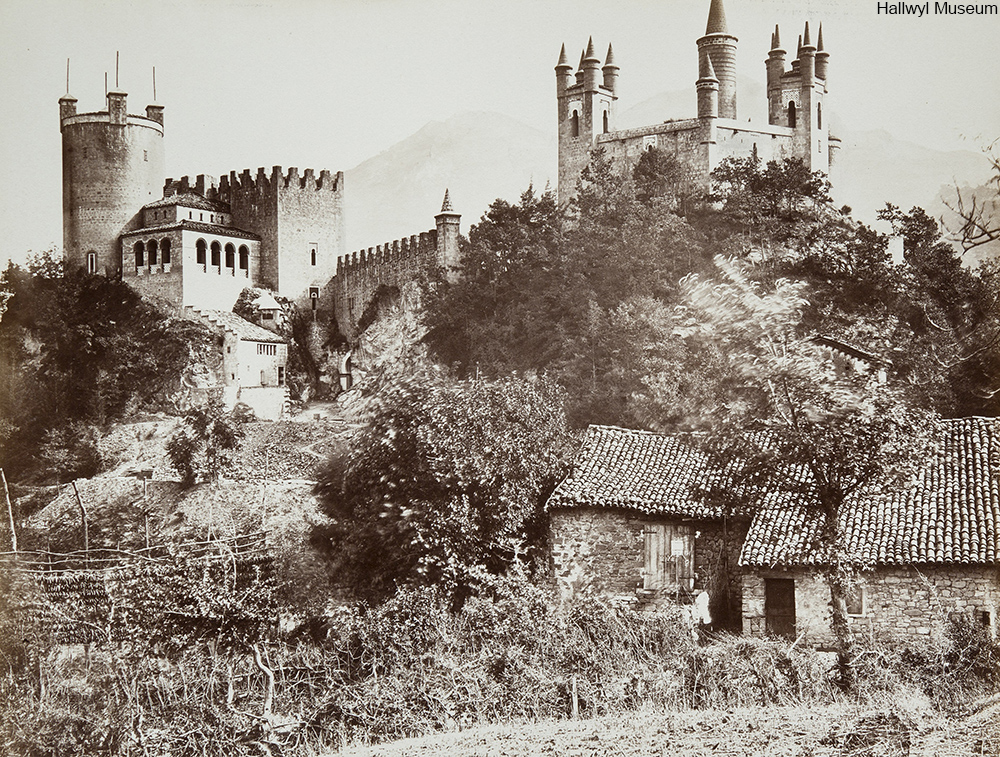 The castle in the early stages of Mattei’s plan with Medieval elements in abundance. Via/ Hallwyl Museum 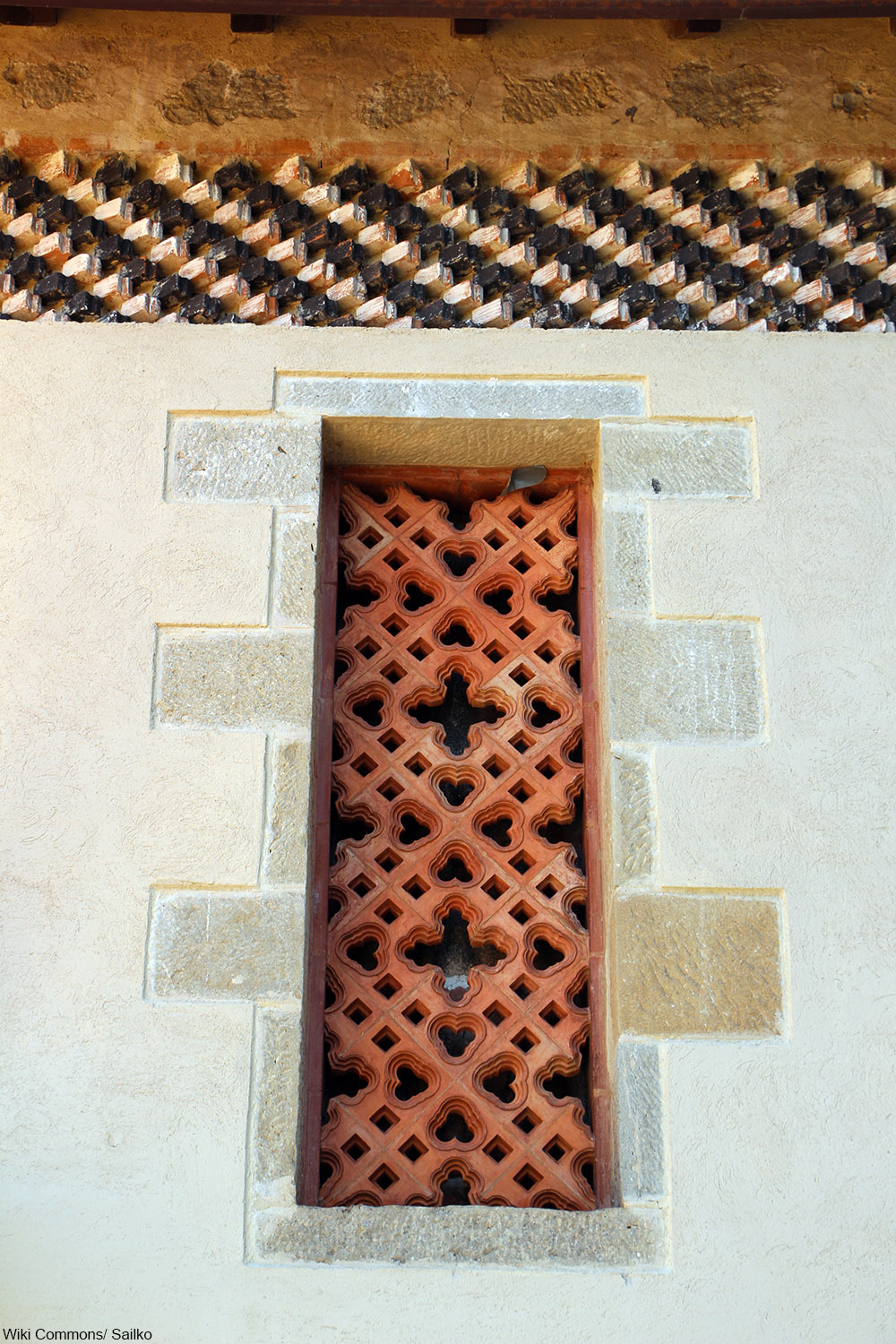 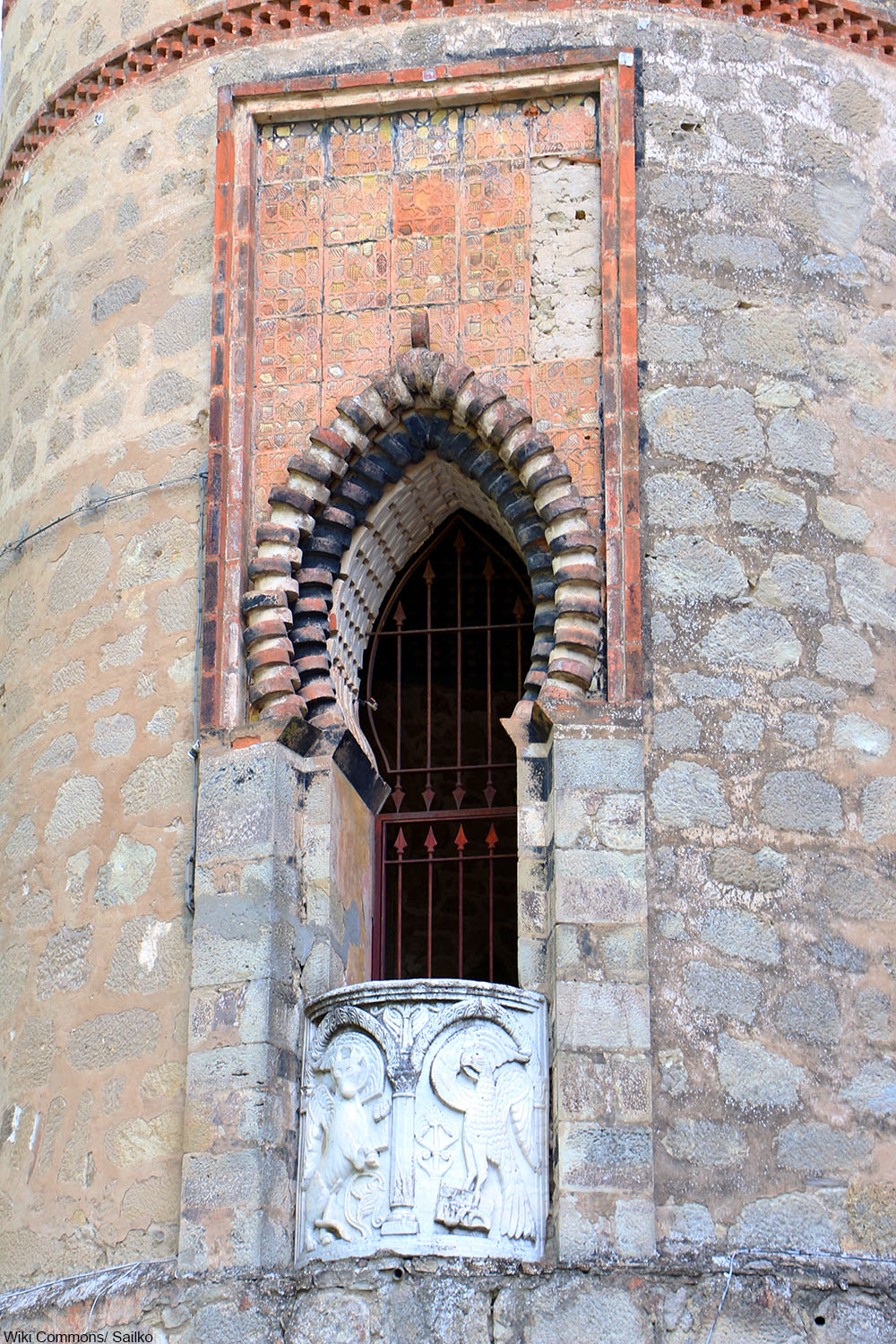 The Medieval castle would become a hodge-podge of different styles under Mattei’s hand, inspired by various aesthetic movements from around the globe. What’s more, the rooms he designed connected in odd ways. We don’t know why exactly, except to say that he was an odd man. 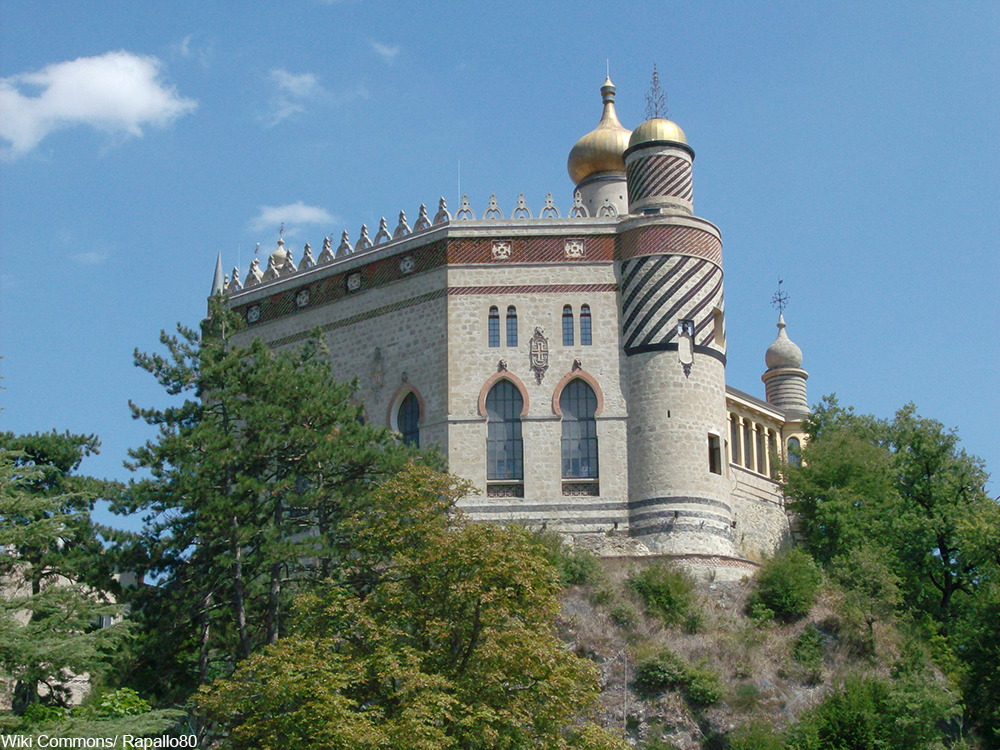 Mattei was what some today have called a mad scientist. However, the treatments he came up with would more likely be classified as pseudo-science today. Mattei devised a method for treatment which he called electro-homeopathy. Despite the name, the concept did not involve electricity as we know it today. Rather, Mattei wanted to harness the energy of plants (hence the electro in the name) in order to heal patients of their cancer.

Mattei rose to notoriety after Lady Walbura Paget wrote about this miracle cure, claiming that her husband had been healed by Mattei. Sadly this was not the case for his other patients, nearly all of whom died from metastasized tumors.

While the story is unfortunate, it doesn’t end there because Mattei’s big ideas didn’t stop at medicine. The Rocchetta Mattei, his castle home where he lived until his death, was perhaps his greatest legacy. 45 kilometers from Bologna, in the foothills of the Italian Alps, lies his best creation. Winding hallways lead to unexpected rooms embellished with fanciful tiles from Spain, archways like those found in India, and fountains like the ones all over Italy. 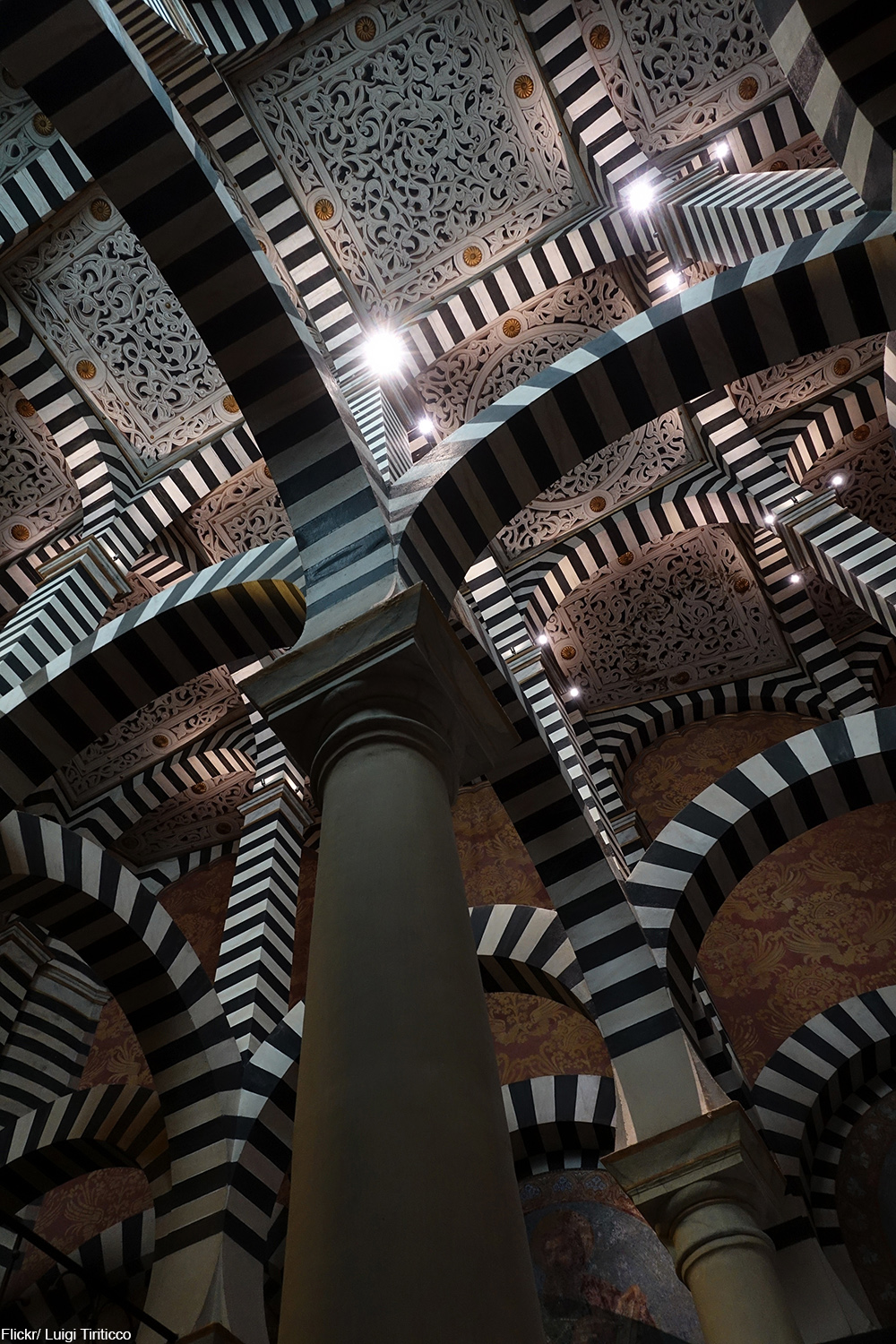 This room is the chapel where Mattei is buried, modeled after the Mosque of Córdoba in Spain. Via/ Flickr 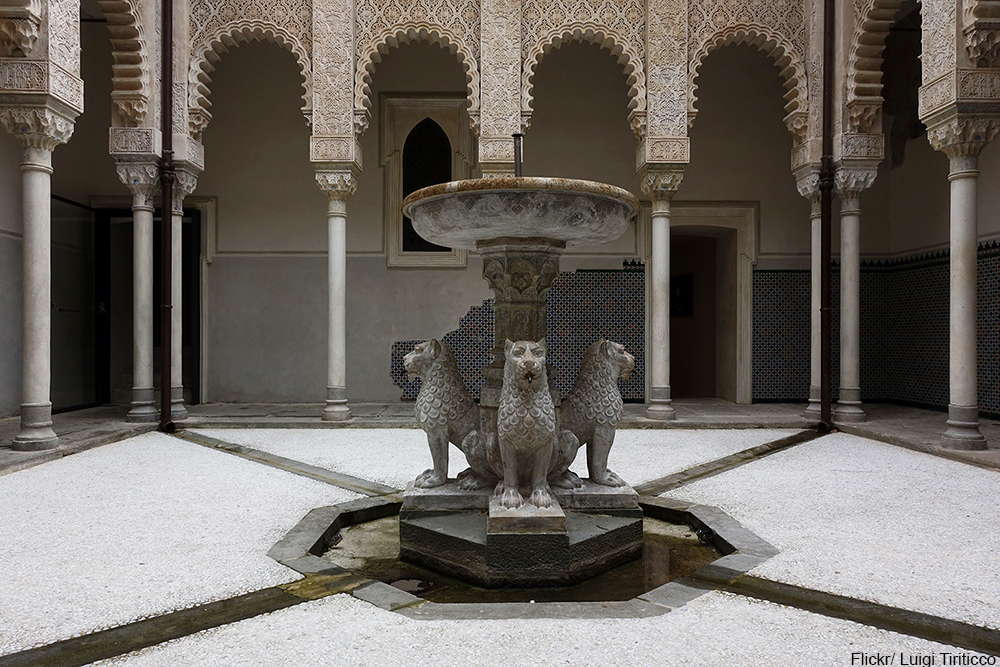 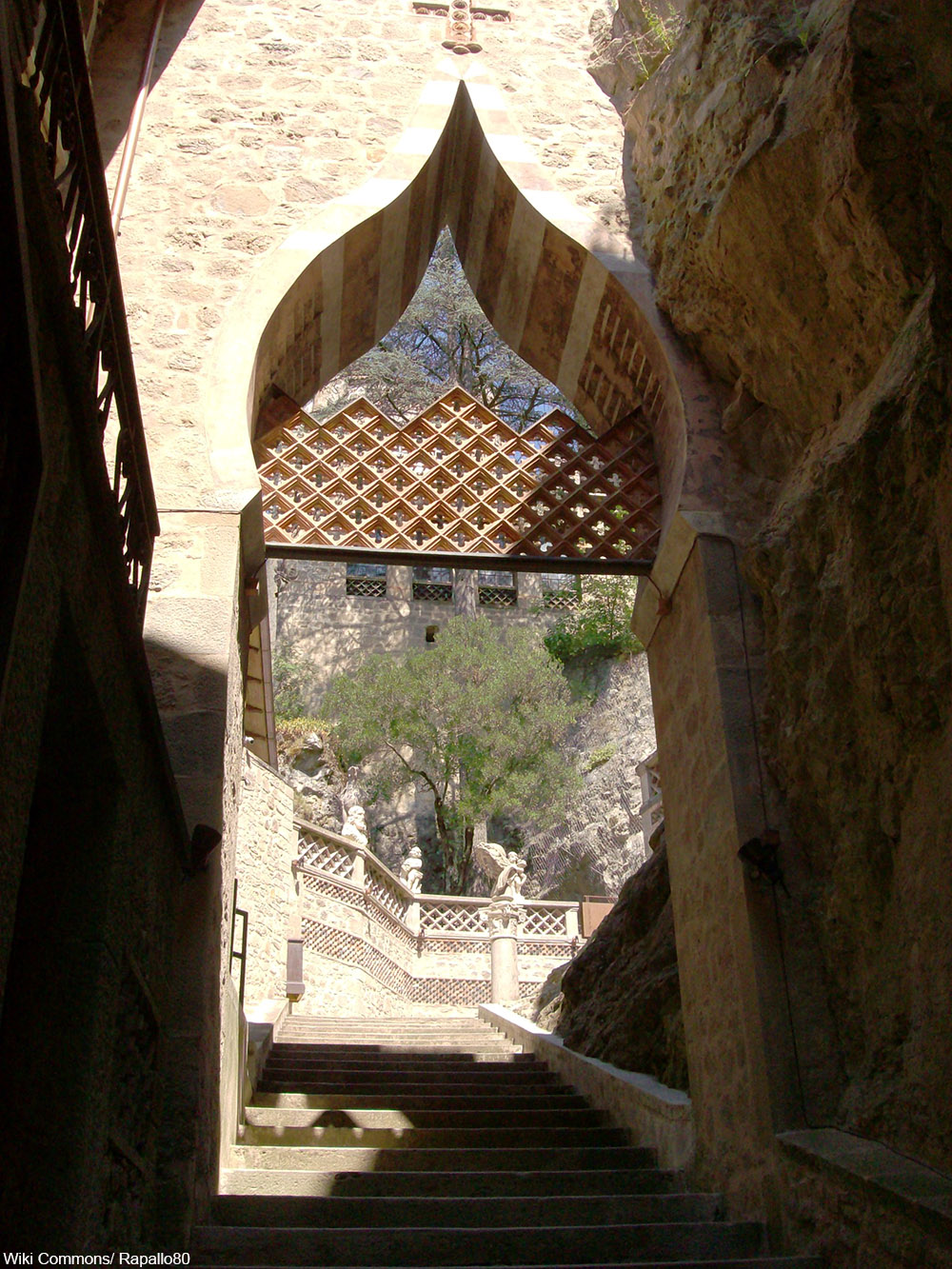 For decades after Mattei’s death in 1896 the castle sat semi-abandoned until 2006 when a private company bought and began restoring the property. They began giving tours in 2015, though work to maintain the structure is ongoing.

Have another look at this curiously stunning castle in the video below.

Creepy neighborhood of abandoned castles: Click “Next Page” below!