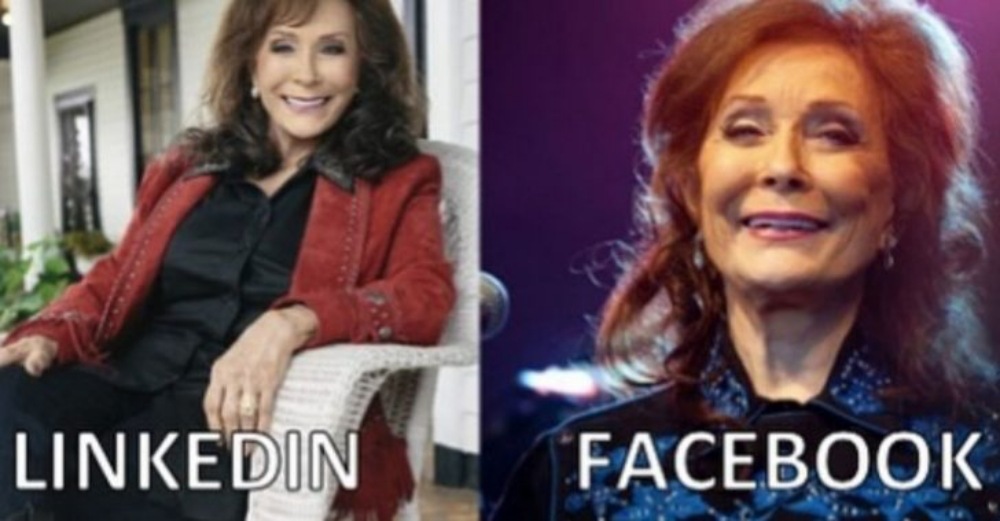 Many celebrities are participating in Dolly Parton‘s viral photo challenge, but we think Loretta Lynn just won. The #DollyPartonChallenge consists of people adding different photos of themselves that correspond to different types of social media.

For instance, Dolly shared a photo of herself from the movie 9 to 5 as her Linkedin photo, a more recent photo of her in an ugly Christmas sweater for Facebook, a throwback photo for Instagram, and her Playboy bunny costume for the dating site, Tinder. 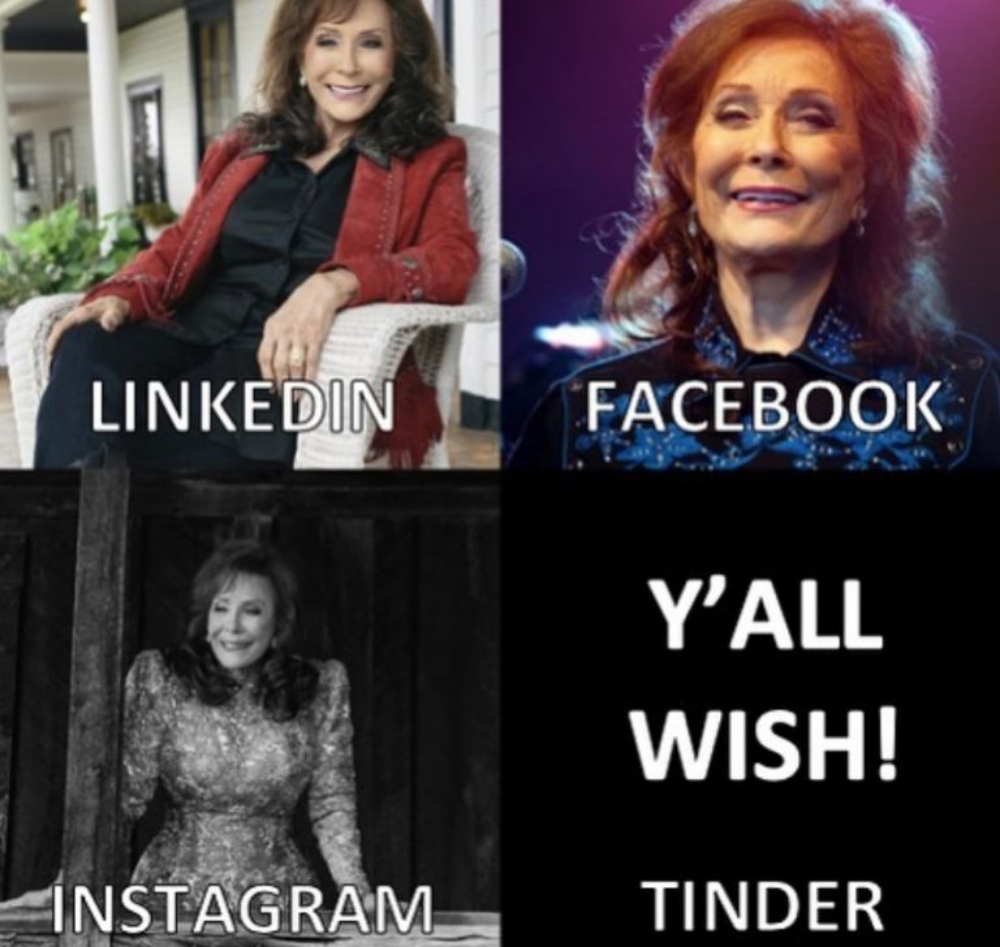 The singer decided to join in on the fun… well, for the most part. She shared a photo which included all recent photos of herself for the different categories, except for the Tinder part. She did not include a “Tinder photo,” but wrote, “Y’ALL WISH!” 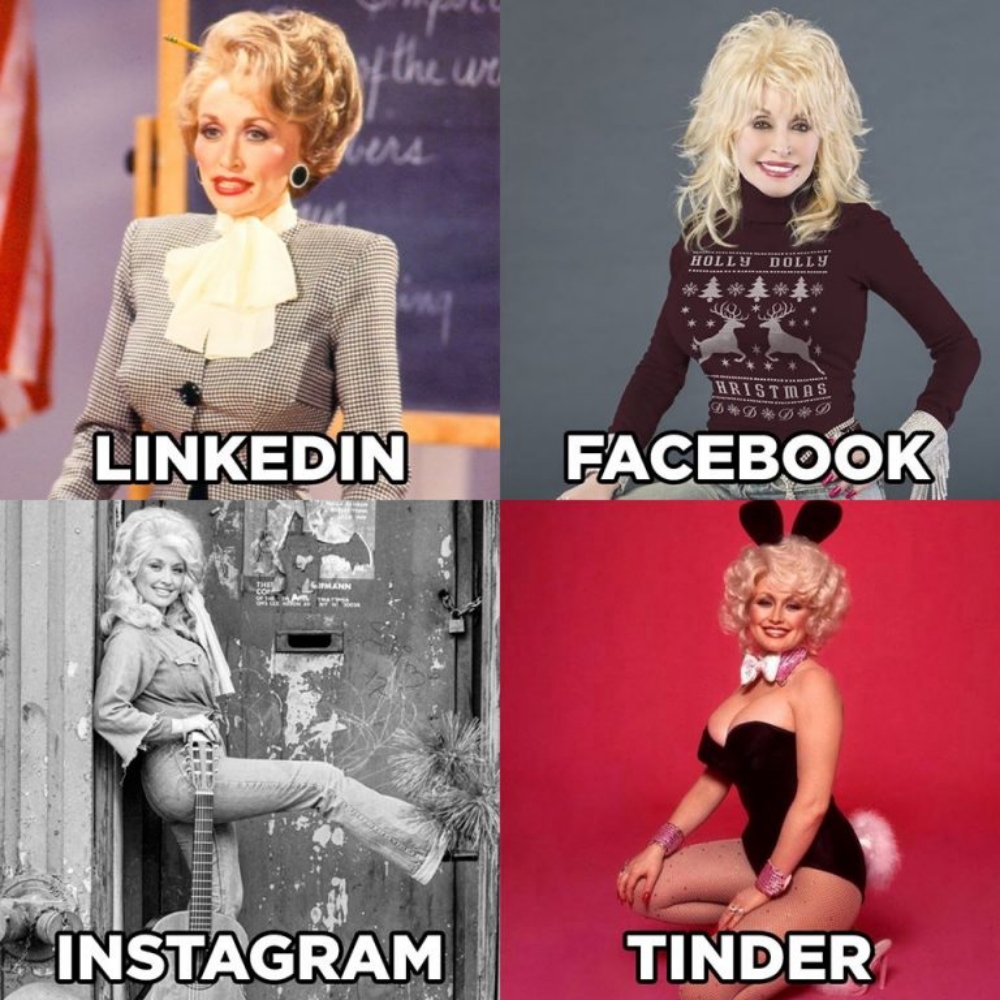 Loretta captioned the photo challenge, “After my family told me about Dolly’s challenge, I figured I had to join in…mostly! #dollypartonchallenge #lorettadonttinder #lovemetinderhasawholenewmeaningnow #loretta #honkytonkgirl #rated-x”

She even included some funny jokes hidden in the hashtags- including “Love me Tinder has a whole new meaning now,” and “Loretta don’t Tinder.” She sure has a great sense of humor and we love it!

Take a listen to some of Loretta’s greatest hits below: