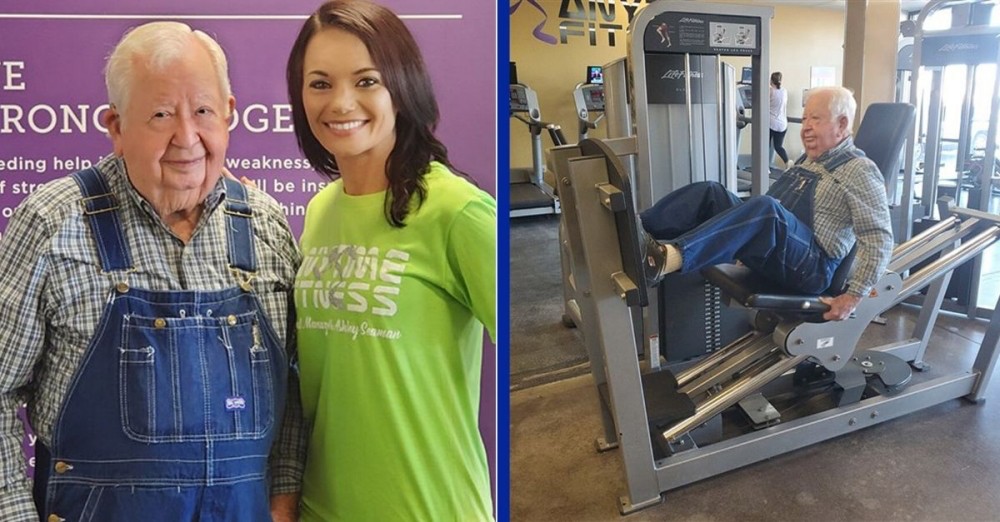 Anytime Fitness recently named gym-goer Lloyd Black its Member of the Month. They praised him for showing up at the gym three times a week, even at his age, and wearing overalls every single time! “Mr. Black became a part of our anytime family 1 year ago and we have seen nothing but motivation and inspiration from him since he started,” according to post made on the Facebook page for the gym. “He says he is 91 years young and brags about how much his workout routine has helped him in his daily routines.”

The praise continued, “Seeing someone like him inspires others to keep it up and incorporate fitness into their life. Seeing him in the gym 3 times a week working out in his overalls brightens our day and we hope to have him many more years to come!”

Lloyd Black has become much stronger since joining the gym 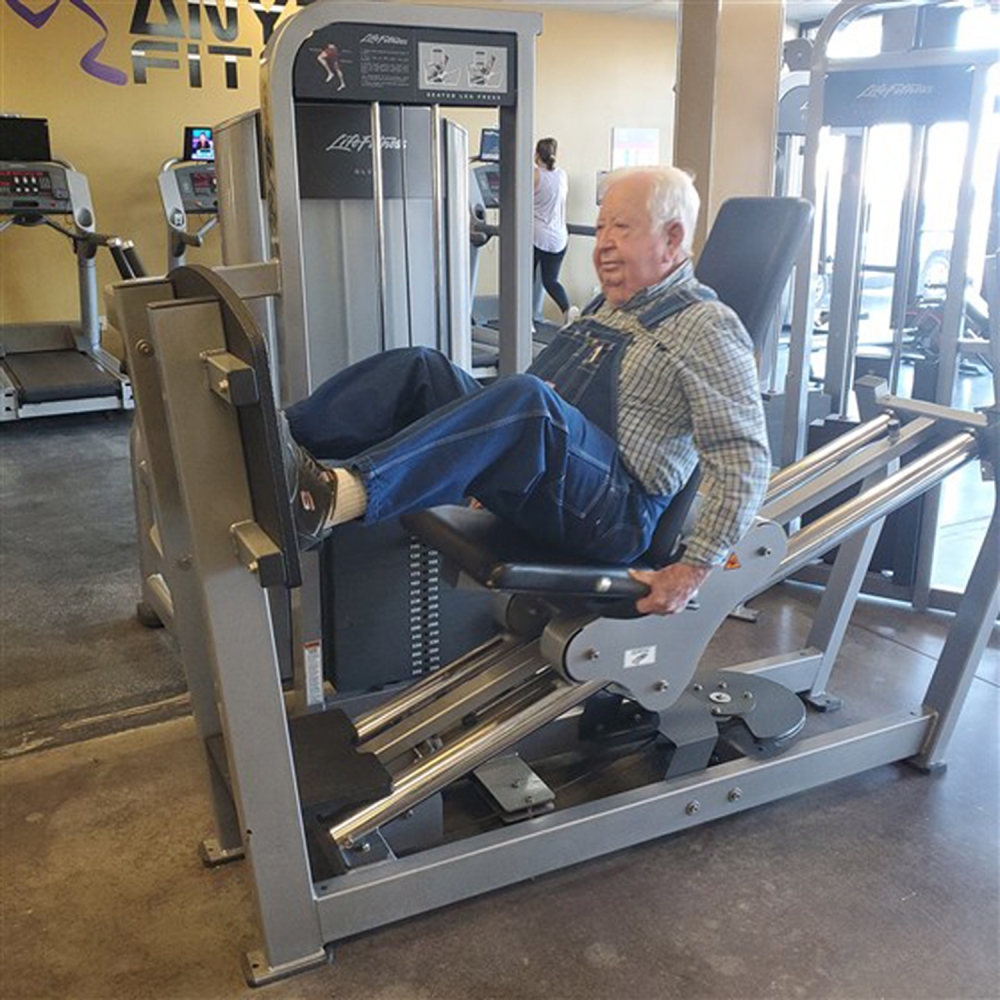 In addition to the Facebook post, the gym also shared Lloyd’s answers to a couple of questions they asked him. He was asked what motivated him to get started on exercising. Lloyd responded that “simple tasks were becoming hard, if not impossible.” He said that since implementing a weekly workout routine, he has been able to “do some jobs I could not before.”

He elaborated on his answer when recently speaking on Good Morning America. “I had reached the point where simple chores, like yard work, I could no longer do and therefore I started [going to the gym] and it has really helped.”

He has his favorite exercise machines 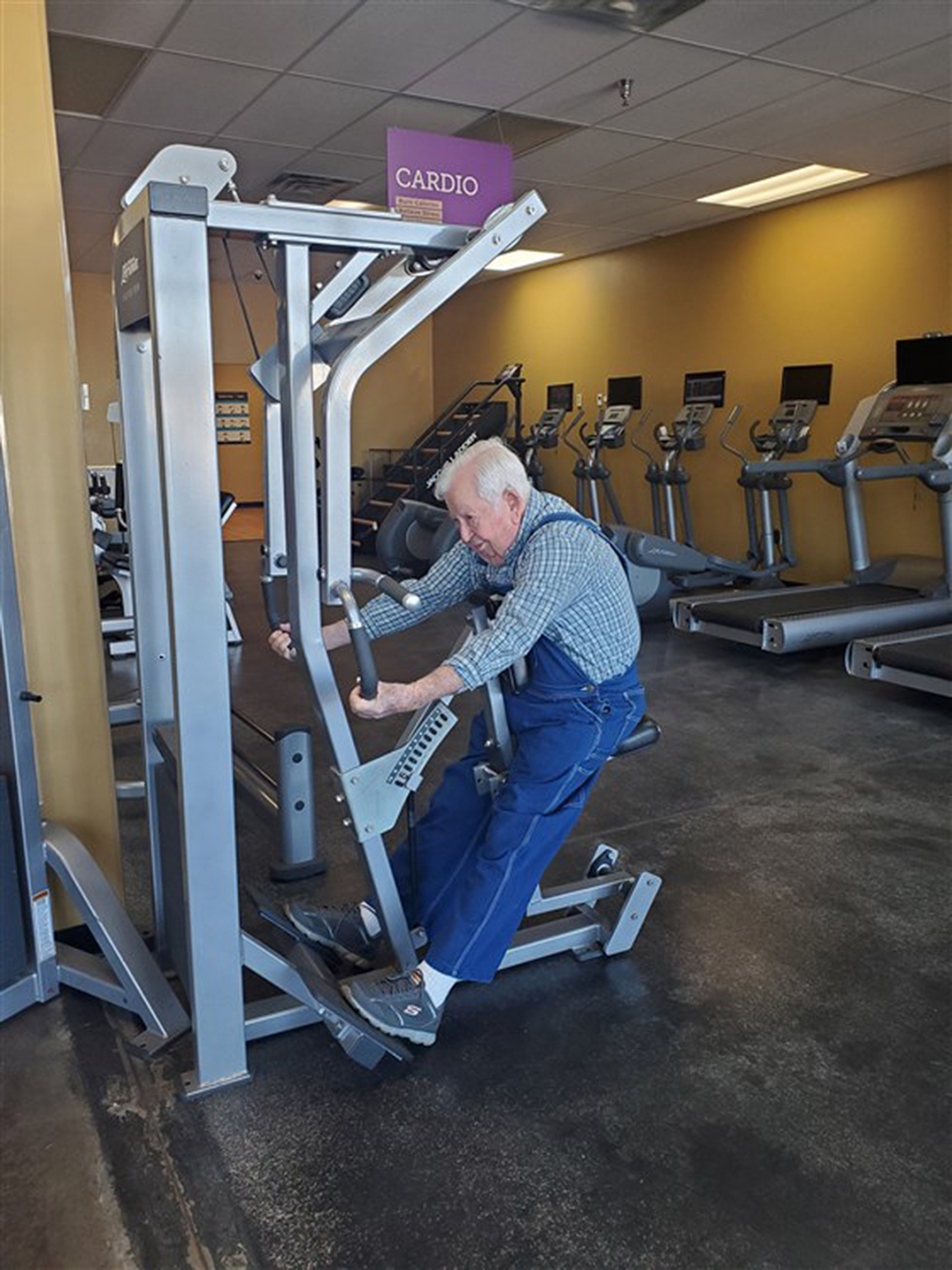 Lloyd noted that his favorite exercise so far is the treadmill. He told Good Morning America that he also likes to incorporate upper body strength training and the leg press. Ashley Seaman, the gym’s general manager, is incredibly inspired by Lloyd’s dedication to coming in three times a week.

“[Black] started out with 10 minutes on the treadmill. Now, he would brag to me about how he has worked his way up to 30 minutes,” Ashley tells GMA. “He is just the most friendly soul I’ve ever met. He just radiates energy and positivity.”

Lloyd has become an inspiration to so many people 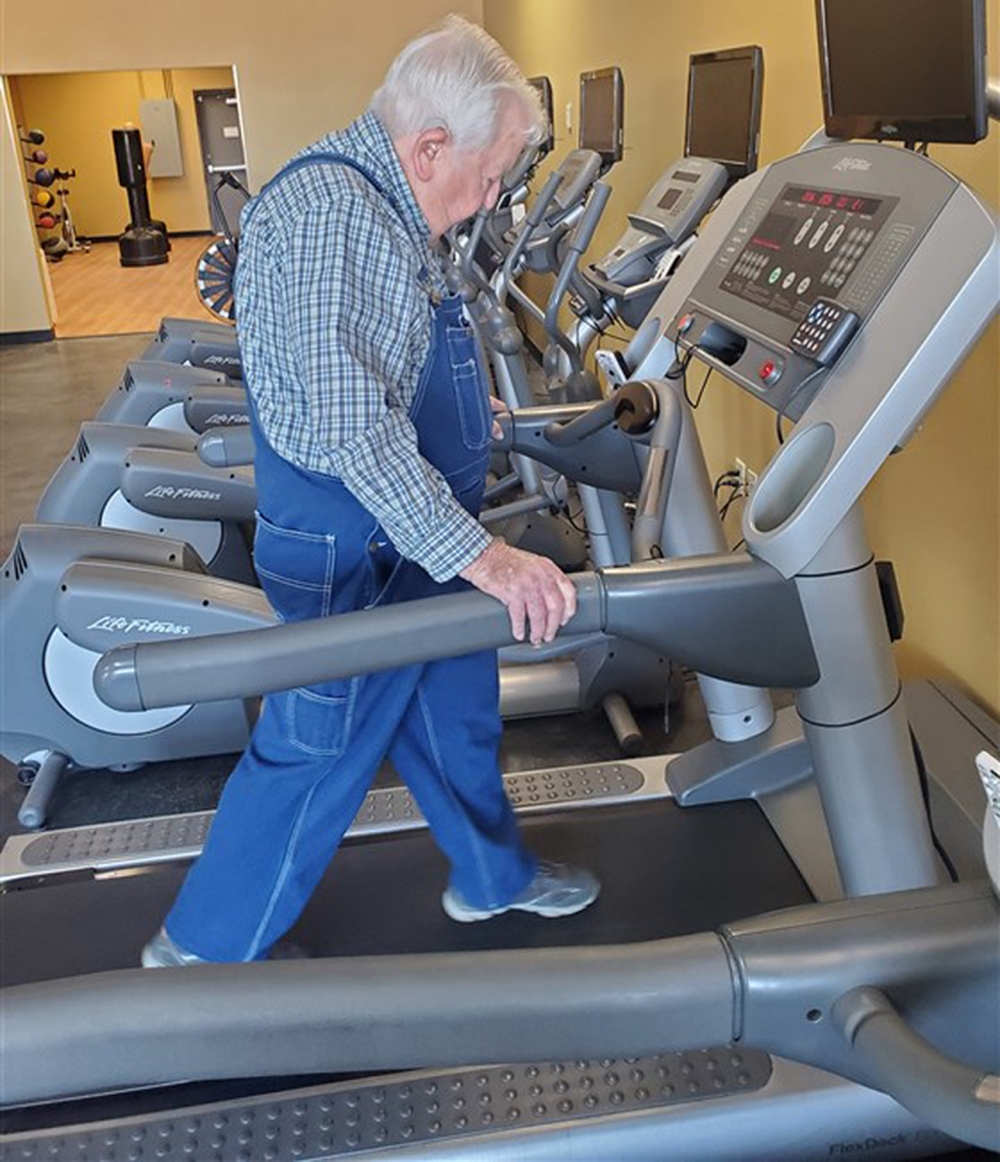 Many have been wondering why Lloyd chooses to wear denim overalls to the gym. He simply responded, “They’re comfortable and it’s what I have.” He also said that he never expected to become somewhat of a celebrity by joining a gym, “I don’t feel very comfortable being in the limelight, but if it encourages someone else, then I’m willing to do it,” he says.

Lloyd also talked about the toughest decision for him, which was ultimately making the choice to actually join a gym. It’s safe to say he is very happy with his decision! “You have to decide for yourself, but do you want to be a happy person or a grouch? And I’ve decided to be a happy person. The good Lord has blessed me with good health.” What an inspiration!