Inside the “Little White House” Where FDR Was Treated for Polio

In the summer of 1921, long before Franklin D. Roosevelt would be elected to the office of president, he suffered a sudden and unexplained illness. At the time the symptoms of weakness in the legs, temporary paralysis, and lower back pain were interpreted by various doctors as a blood clot (for which massage was prescribed) and spinal lesions.

In the end a third diagnosis revealed that Roosevelt was indeed suffering from polio. Despite the implication that polio was a disease only children contracted, the truth is that adults are also susceptible. A long period of treatment followed him the rest of his days, much of which occurred at Warm Springs, Georgia and the Little White House. 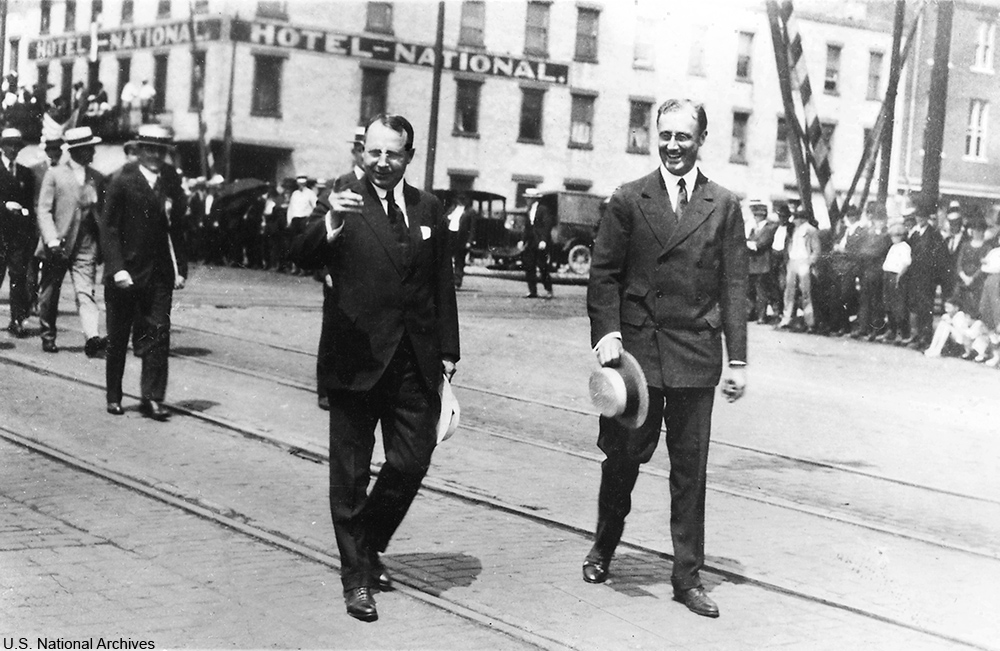 FDR the year before be contracted polio. Via/ U.S. National Archives

FDR did not die in 1945 from polio, but rather from cerebral hemorrhage. The years in between his first diagnosis of polio and his death were filled with unconventional forms of “treatment” (there was and still is no cure for polio) and constant masking of how badly his body had been damaged by the disease. He feared that if the public found out just how badly he was disabled that he wouldn’t not have gone very far in politics. 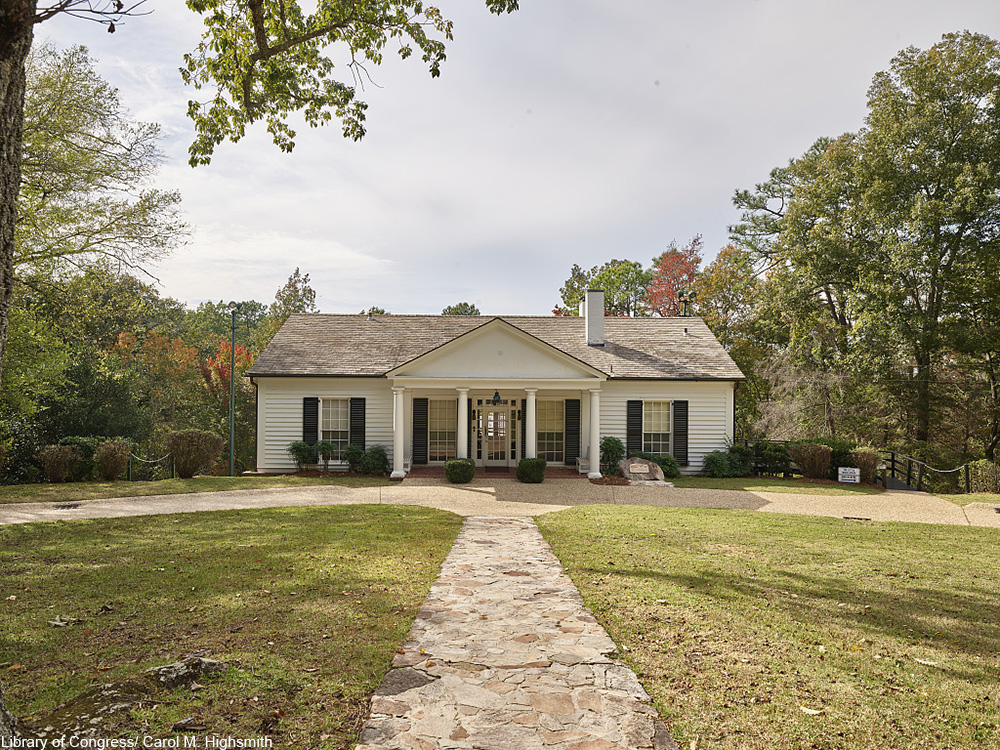 For the first summer of his illness, Roosevelt’s confused treatment plans and lack of recovery led him to withdraw from public life. By 1924 he was back in the public eye, and had been recommended to recover in the “healing waters” of Warm Springs, Georgia. The resort offered a remote oasis for weary patients and those in need of rest.

The springs were fed from the hills of Pine Mountain, but in the 20th century the resort failed to bring in new customers. Two years after his first visit to Warm Springs, the struggling resort was purchased by Roosevelt since he didn’t want to lose his favorite sanctuary from the world. After that the park was operated as a polio recovery center for years and Roosevelt visited every year after, except for 1942, until the year he died. Even after his election to the office of POTUS, Roosevelt continued his retreats to Warm Springs. 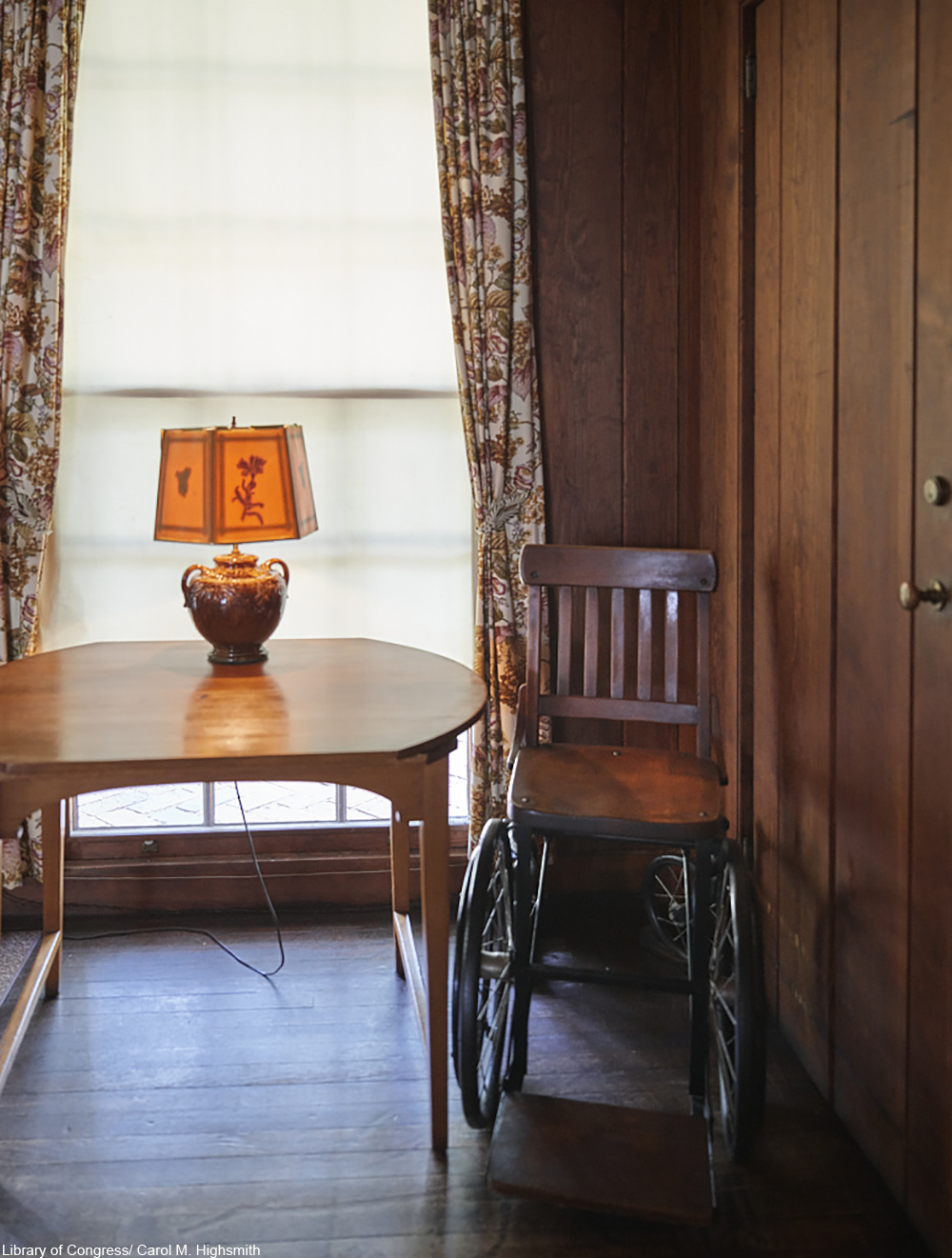 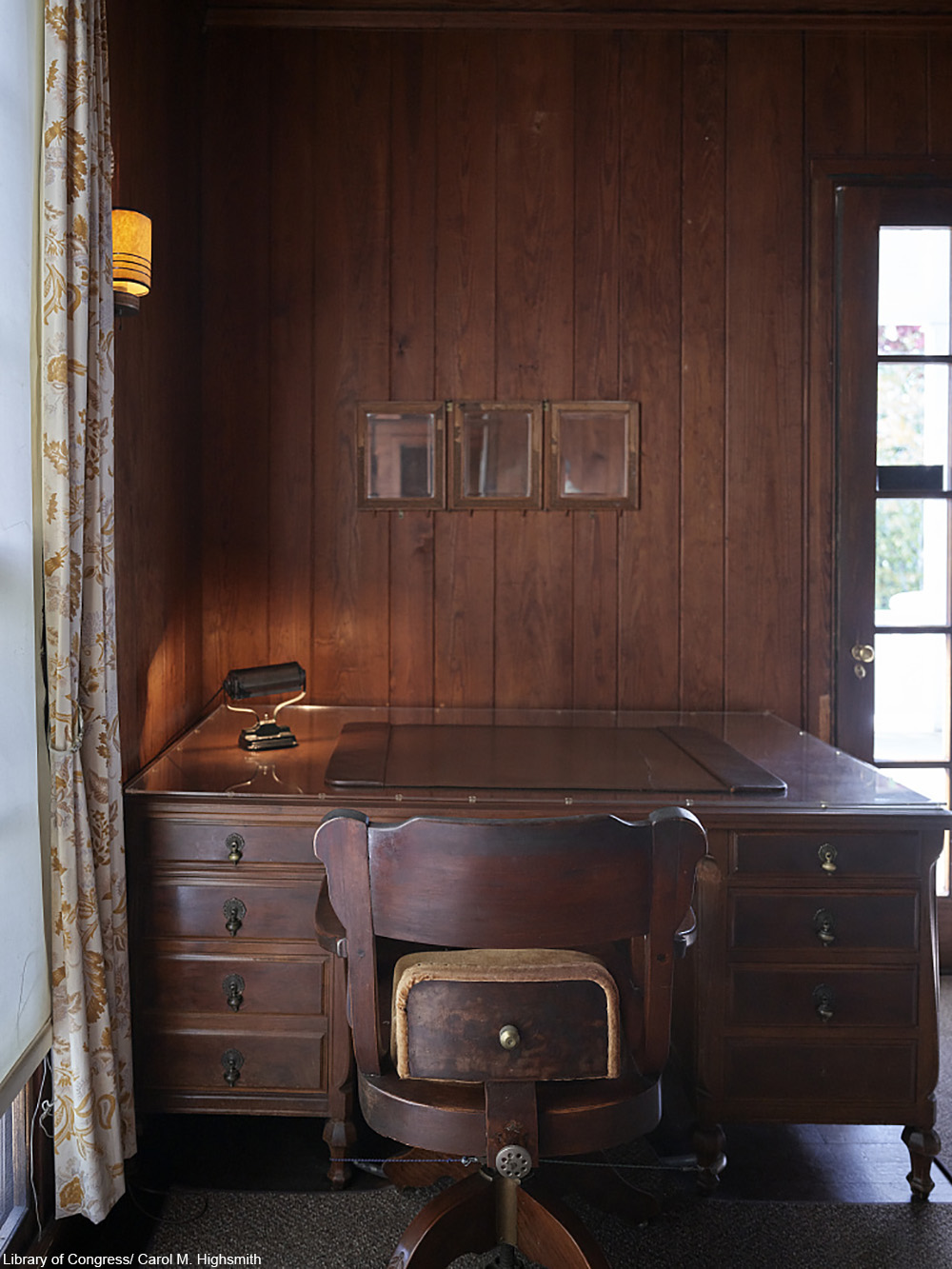 At the time there no treatment for polio and so many people resorted to more old fashioned treatments. Warm Springs had been built up as a resort for victims of yellow fever in the 1890s. The premise of the resort was a very Victorian belief that natural hot springs, with their high mineral content, could help cure disease. It didn’t work as a cure, but in the end probably made the illness much easier to bear just through the beauty of the natural surroundings and the fun of swimming. 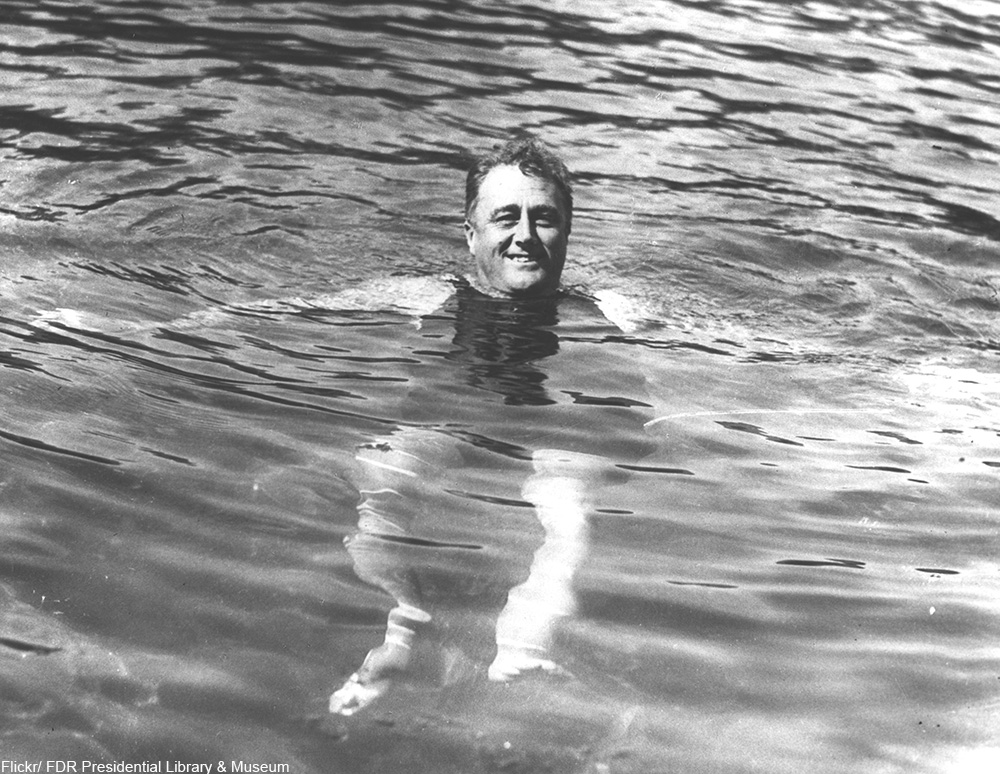 FDR swimming in the pool at Warm Springs. Via/ Flickr 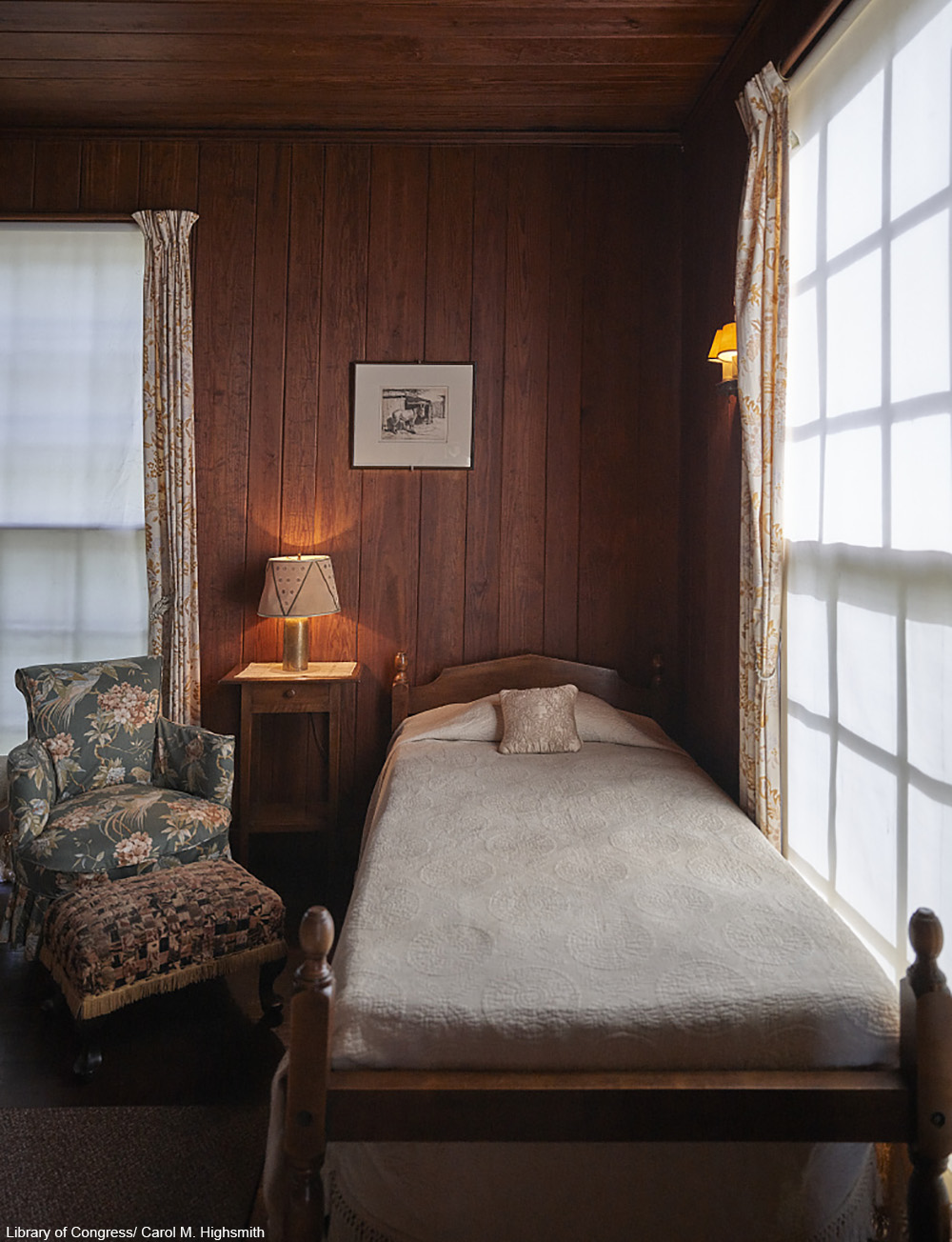 Eleanor’s bedroom at the Little White House. Via/ Library of Congress

While at Warm Springs, Roosevelt had built what became known as the “Little White House” in 1932 – a small house secluded from the rest of the resort. Inside, the humble decor and remote location offered simple living. Being in the area gave Roosevelt a chance to see what life was like for rural Americans and many believe that it affected how he handled the New Deal and which initiatives he enacted. From the Little White House, Roosevelt conducted matters of state, hence the name. In fact it was in the Little White House that Roosevelt died on March 29, 1945. 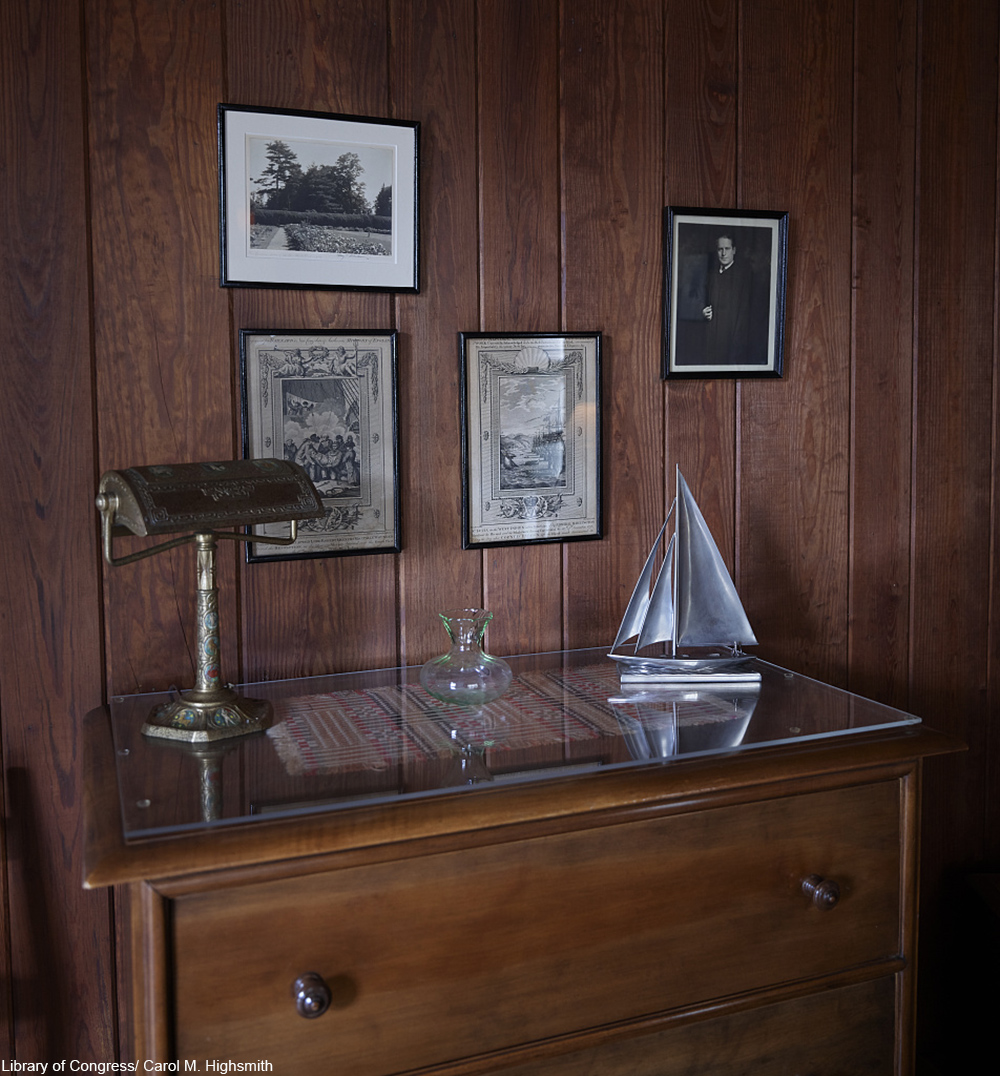 Building ship models was among FDR’s hobbies. Via/ Library of Congress

Having been the Assistant Secretary of the Navy from 1913-1919, it’s no surprise that Roosevelt was an avid model ship builder and collector, something which was well-suited for a man whose legs were paralyzed from polio. 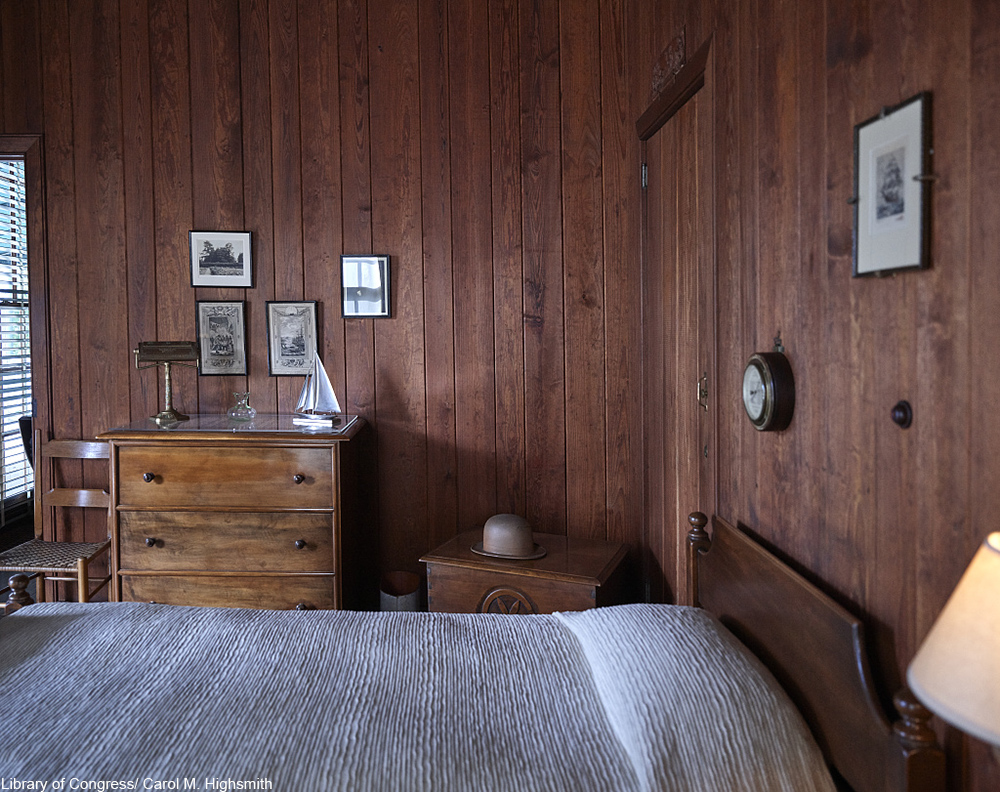 The bed where FDR died in 1945. Via/ Library of Congress 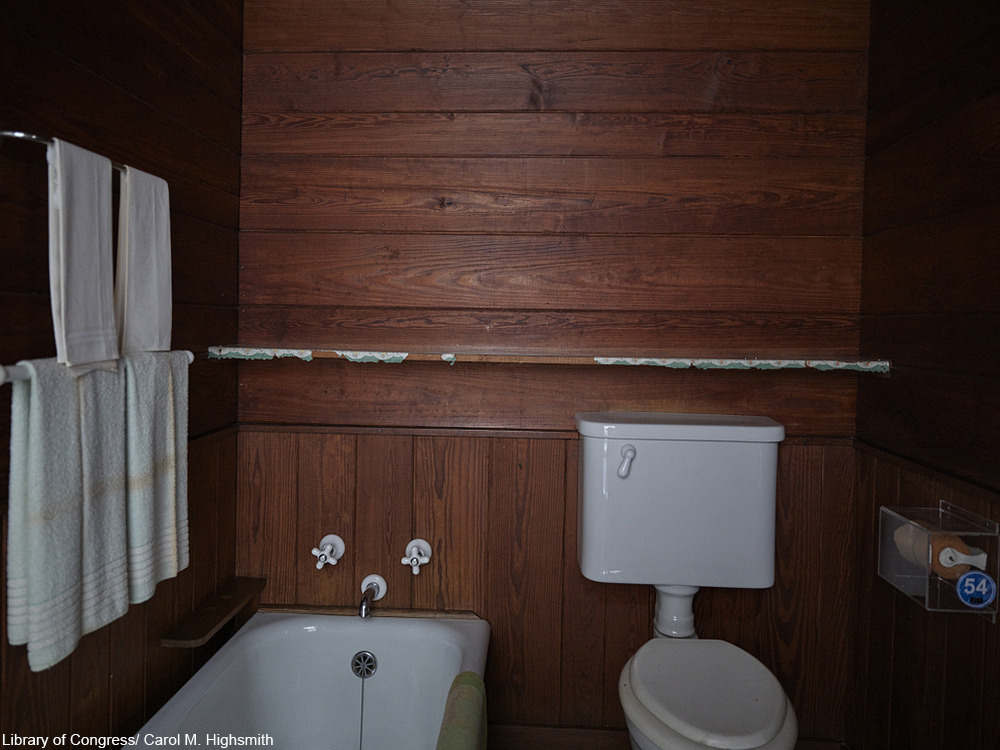 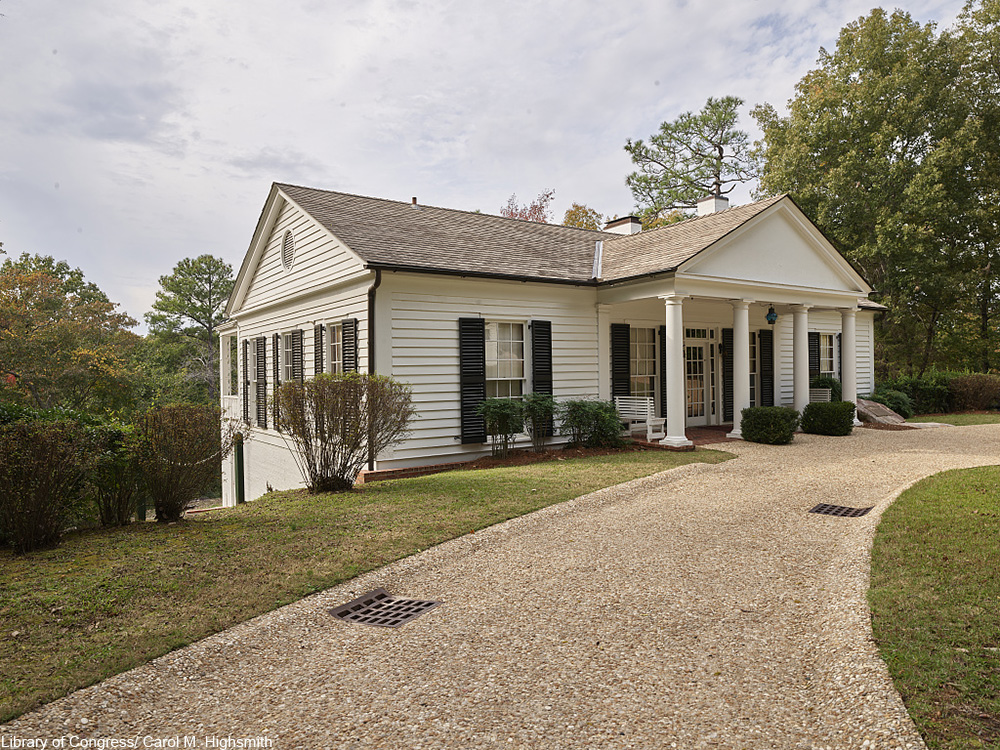 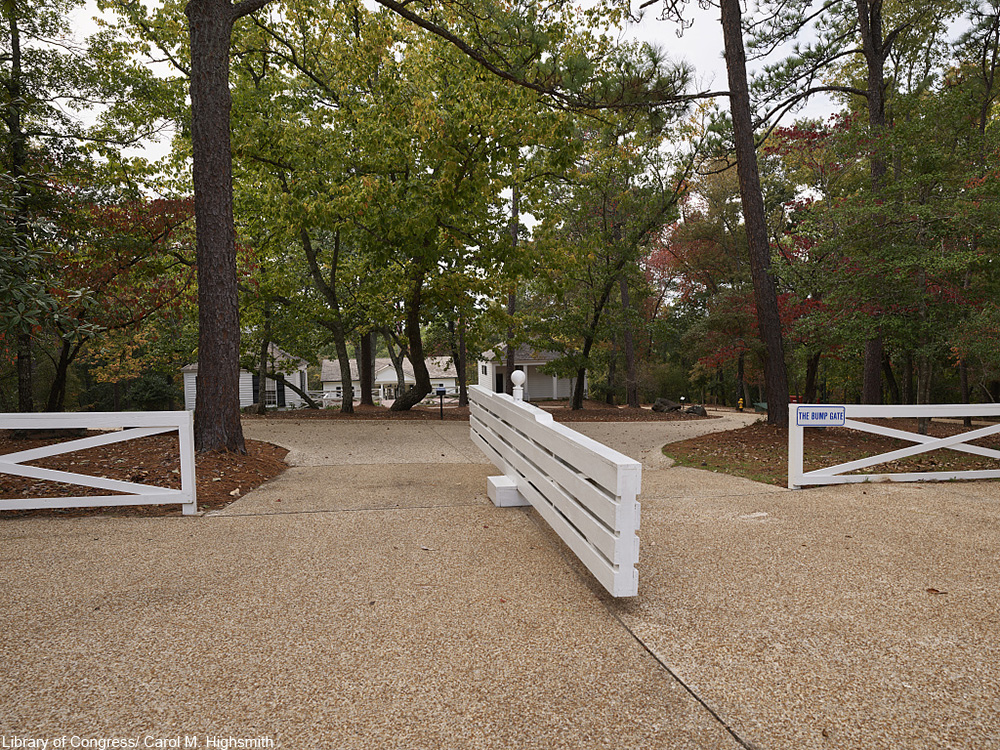 Roosevelt granted the land to The Georgia Warm Springs Foundation, which in turn later gave the site to the state of Georgia. Since then, the site has taken on a political importance, with both John F. Kennedy and Jimmy Carter speaking at Warm Springs during their campaigns.

Today the Little White House State Historic Site is operated by the Georgia State Parks and is a kind of museum of one aspect of Roosevelt’s very interesting life. Inside the beds, desks, and soft furnishings are much as they would have been in FDR’s time, including the raised bathroom fixtures to account for his disability. It’s a fascinating look into the humble retreat of one of the most powerful men in the U.S. at the time.

The sad history of the iron lung: Click “Next Page” below!