Construction Workers Find Letter To Santa From 1943 In A Chimney. See What It Says!

A construction worker in England recently made quite the discovery while renovating an old building. As Lewis Shaw was tearing down an old chimney, he noticed a folded up piece of paper. He was shocked to find that the letter was actually addressed to “Father Christmas,” and, while it was obviously quite old, was still in great condition! 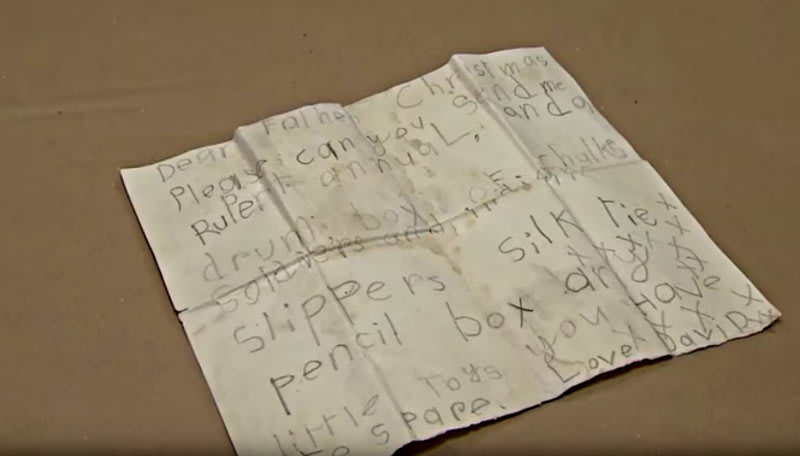 While the note was similar to other letters to Santa, Shaw was touched by how humble the requests were. “Kids these days ask for a lot more…we were surprised at that,” he told a reporter. Here’s what the letter said:

Please can you send me Rupert Annual and a drum,box of chalk, soldiers and Indians, slippers, silk tie, pencil box, any little toys you have to spare.

After Shaw posted a photo of the letter to Facebook, he was able to track down the original owner. And while we’re not sure if the original owner ever received the gifts he asked for more than 70 years ago, Shaw and his crew decided to deliver some Christmas spirit. 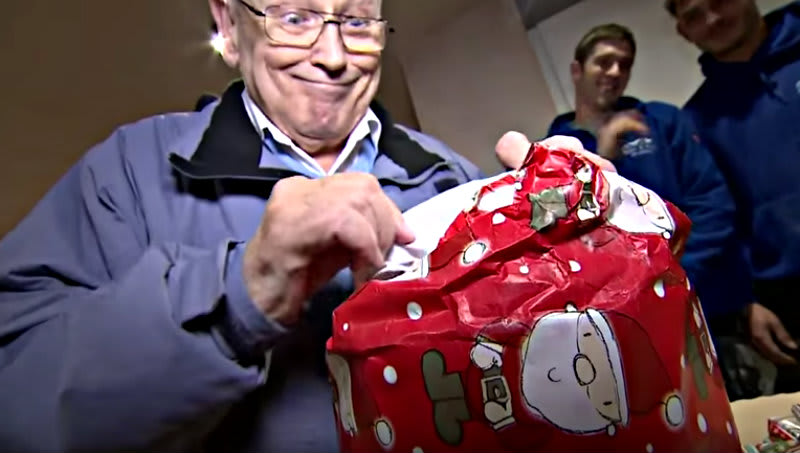 The 72-year-old letter was reunited with it’s author, David Haylock, along with all of the gifts he asked for! See the touching moment in the following clip below.