The largest ever hoard of Bronze Age artifacts was recently uncovered in the area of Rainham, in the East London borough of Havering and will go on display in 2020. The collection of objects, 453 in all, was discovered along the River Thames with the help of the private firm, Archaeological Solutions, in conjunction several government agencies. The so-called Havering hoard is comprised mainly of broken weapons, which begs the question as to why these pieces were buried together in the first place. 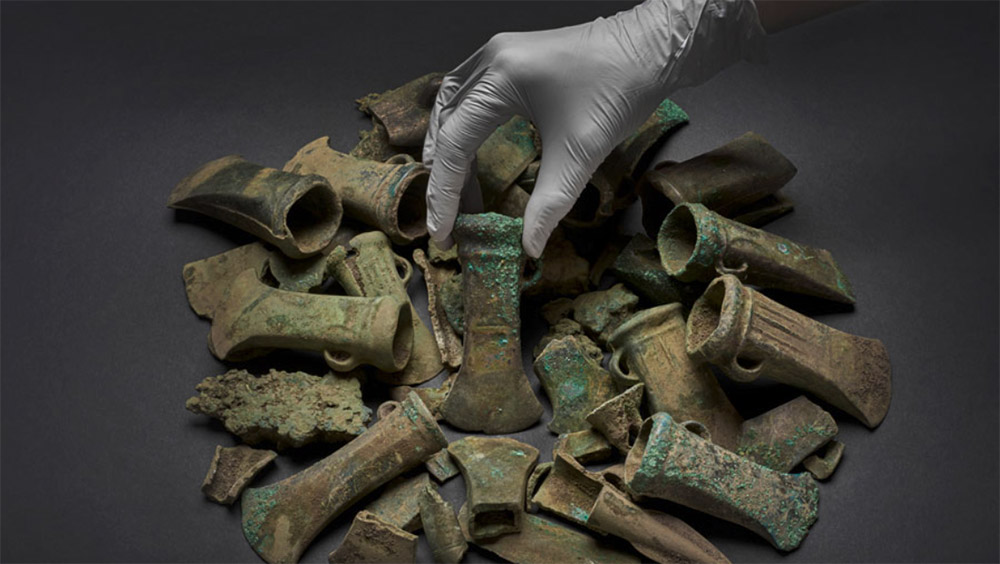 Via/ Museum of London Docklands

According to Andrew Peachey, Specialist in Prehistoric and Roman Pottery, at Archaeological Solutions, “The setting of many hoards is often unclear, but these were deliberately placed and aligned within a late Bronze Age enclosure so that we could excavate them in their entirety. The location of the enclosure and hoards, overlooking the river Thames, made for a dramatic setting, especially as the sun rose and set, highlighting that in prehistory this would have been a special location.” 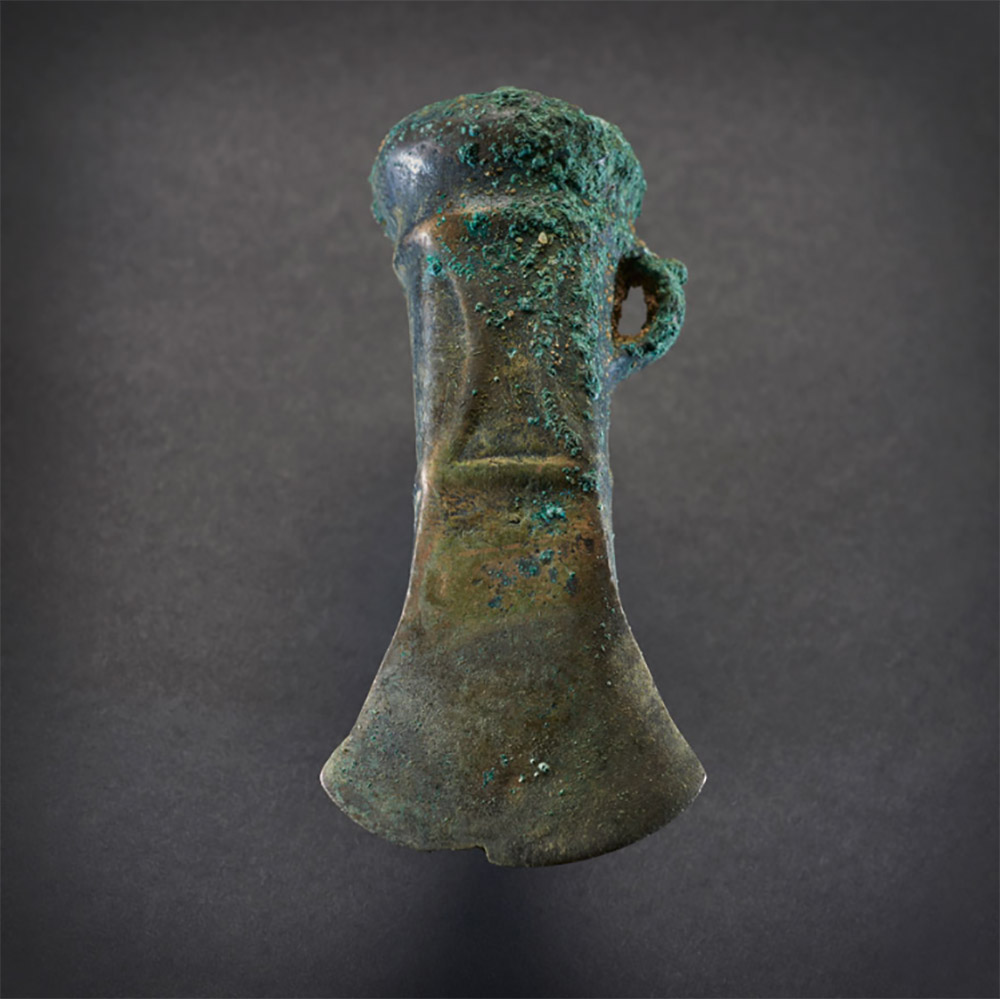 Via/ Museum of London Docklands

The items are in the process of being cleaned and documented before they go on display in April of 2020 at the Museum of London Docklands. The items have been dated to around 900 or 800 BC, which makes them part of the Late Bronze Age, a time when metallurgy was taking off for the human species. A collection of non-monetary metal objects like this is rare, but it’s even rarer still that there are so many weapons among the hoard.

The Havering hoard includes such items as axe heads, spearheads, fragments of swords, daggers, and knives. Nearly all of the objects in the hoard were broken in some way, leading to a variety of theories on why they were placed together nearly 3,000 years ago. Speculation on why they were grouped together has ranged from an offering to the gods, or a metalsmith’s cache, or an ancient weapons landfill- perhaps discarded when iron began to displace bronze as man’s most useful metal.

There were other types of objects found onsite as well such as bracelets and woodworking tools like chisels. The hoard is actually the collection of four smaller hoards all found within the same ditch. 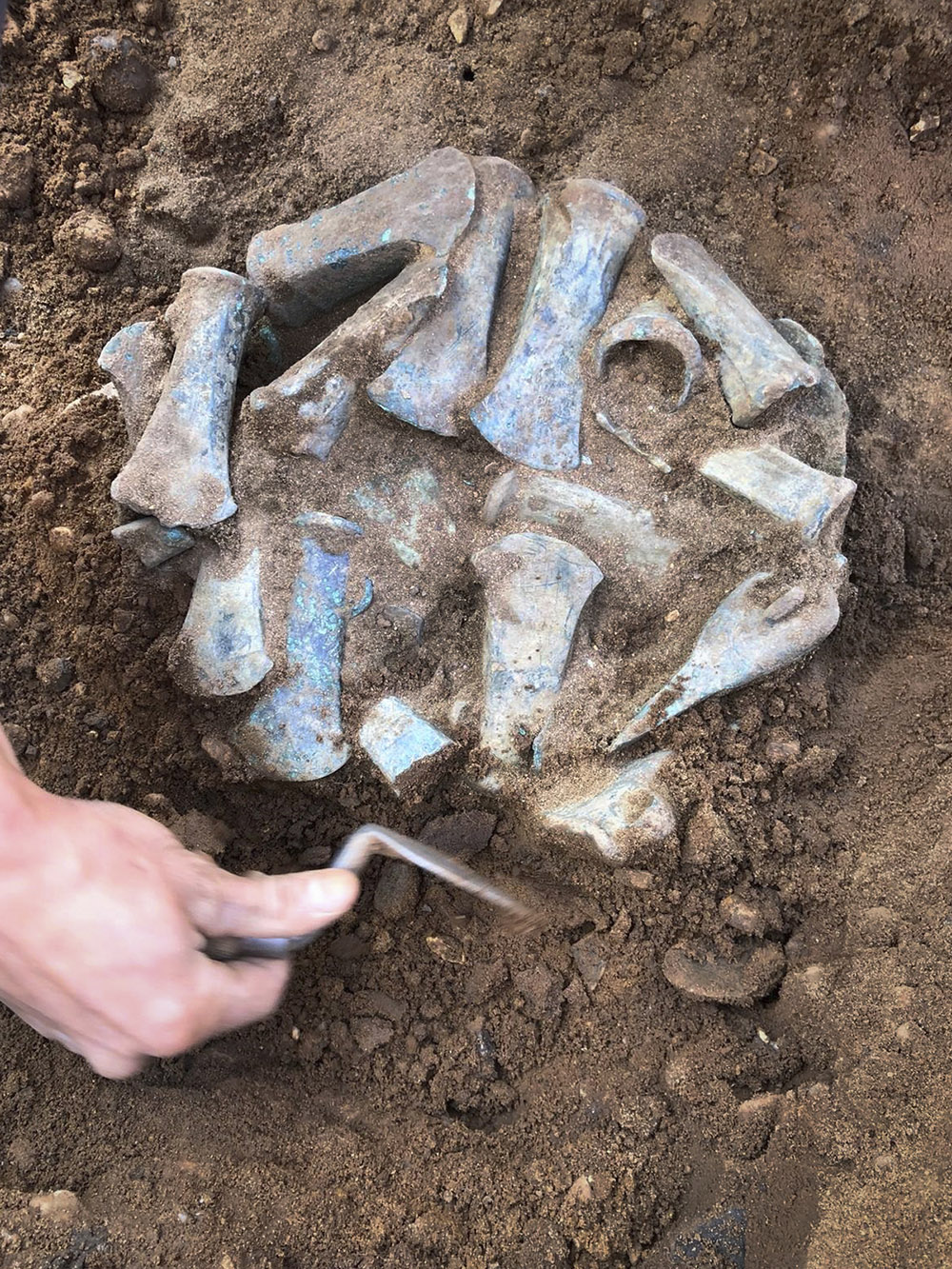 In an interview with The Guardian, Kate Sumnall who is the curator of the upcoming exhibition, said that some of the axe heads had crossed the English Channel, having been made in continental Europe and then either traded or brought as personal possessions to England.

Roy Stephenson, Historic Environment Lead at the Museum of London, said in a statement “It’s incredibly rare to have uncovered four separate hoards of such size on one site. This discovery is also of huge importance due to the deliberate placement of each deposit and raises questions as to why this treasure was buried in this way and why it was never recovered? These questions and more will be investigated in the exhibition at the Museum of London Docklands next year.” 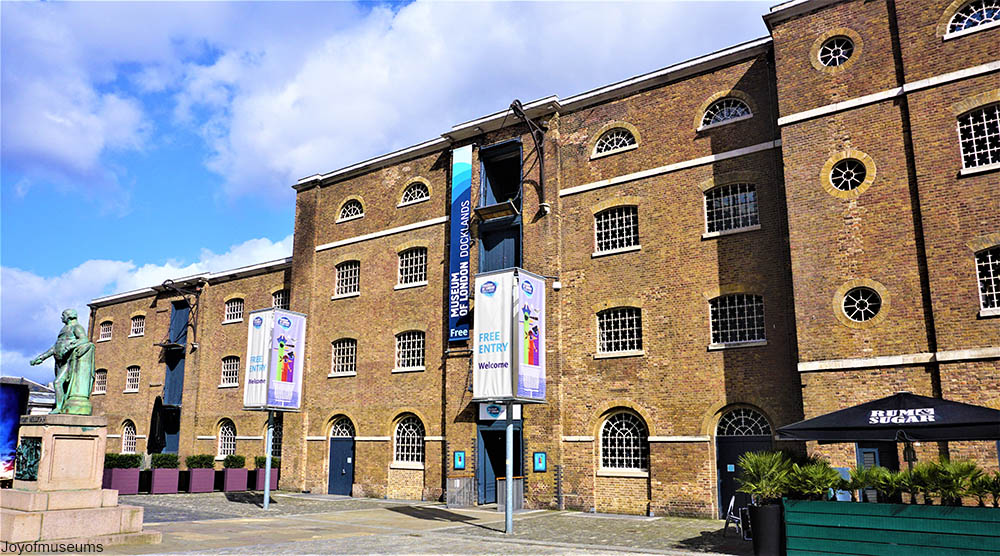 According to Sumnall the museum staff will be “putting forward our best theory,” during the exhibit, but will leave interpretation open for visitors to decide what they think happened with this cache of broken weapons.