Kurt Cobain’s Sweater Fetched $137,000 at Auction -Stains and All- Now Is Being Sold Again

The tragic death of Kurt Cobain by suicide in 1994 shook not only the music industry, but also pretty much every Nirvana fan in existence. Despite the gloomy feelings that arise around this topic, the band has never fallen out of popularity ever since. Much like The Beatles before them, Nirvana changed pop music forever. As an important musician and cultural icon of the era, Cobain’s personal effects are considered some of the most collectible items of music memorabilia on the market today. And, one of his 1960s sweaters is now coming up for auction again. 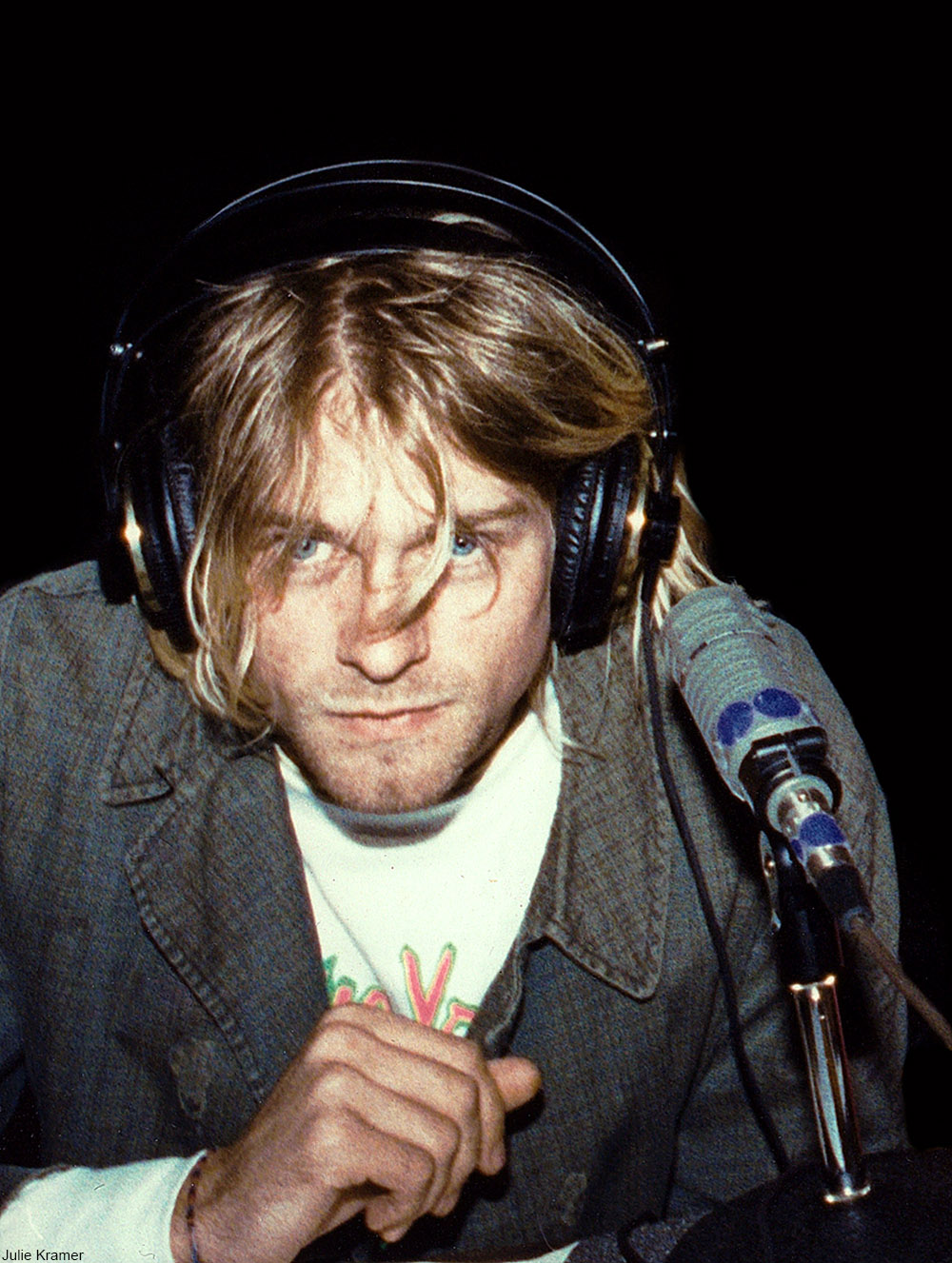 Nirvana made grunge music a household term, and directed the winds of fashion inadvertently with their relaxed, mismatched, and sometimes nonsensical clothing choices. Cobain, as the man at the forefront, was particularly whimsical with his outfits.

Cobain was often seen wearing a combination of vintage elements, many of them thrifted. The grey-green sweater from the 1960s which Cobain wore during Nirvana’s Unplugged in New York special on MTV is touted as one of the most recognizable of his clothing items.

That particular sweater, made by Manhattan Industries between 1960 and 1965, was given to the family’s nanny, Jackie Farry, by his wife, Courtney Love, after Cobain’s death. Farry later said that she would hold on to it for Cobain’s daughter, Frances Bean, and so it remained unwashed and in her own storage for decades. 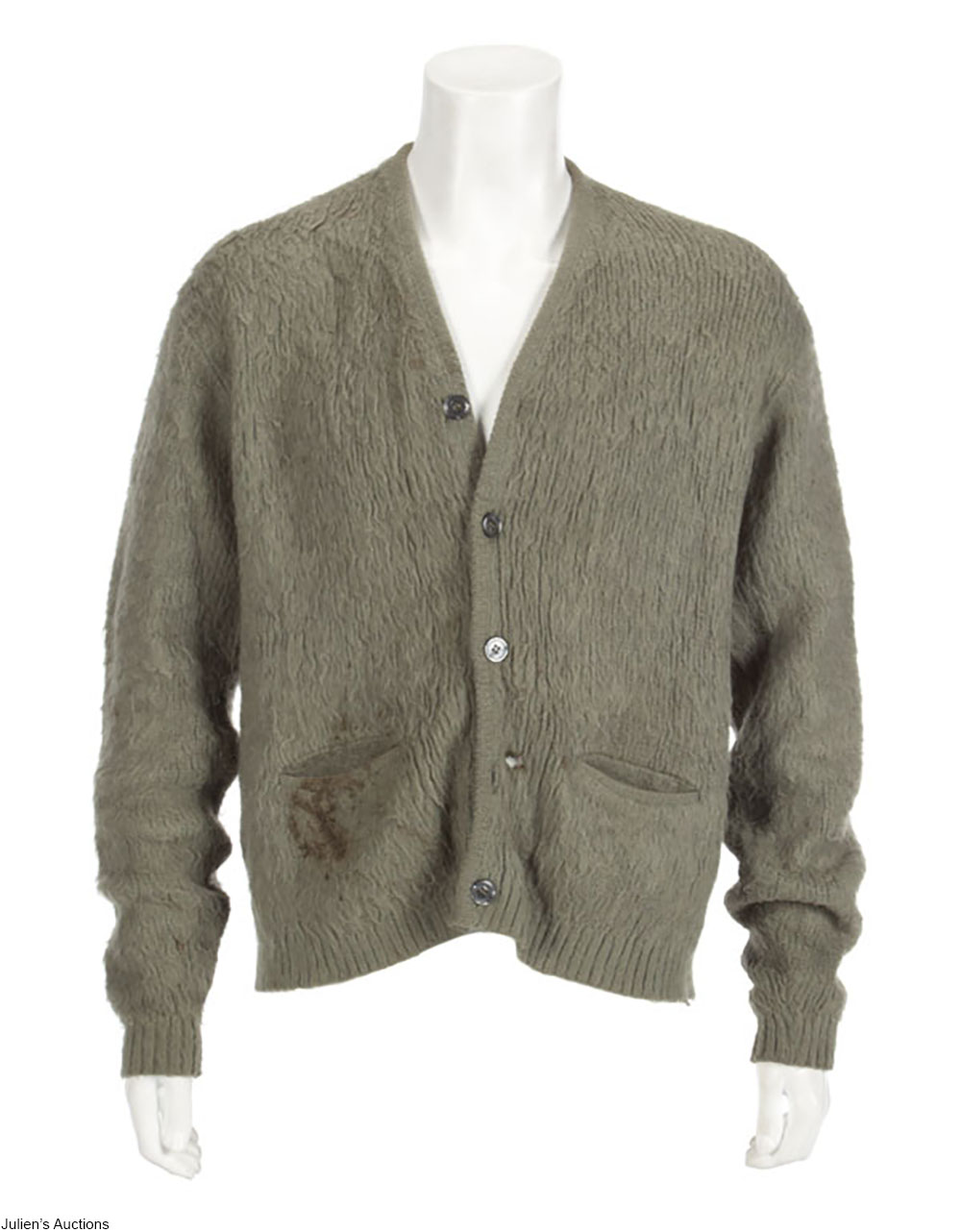 Farry was later diagnosed with cancer, and spoke with the family to decide if she could sell it to pay for her treatments and missed work. Rolling Stone quotes Farry as saying, “Before I would commit to selling it, I got in touch with Courtney and Frances to make sure they were cool with it. I remember thinking and saying that if Kurt knew the situation I was in, he would definitely want me to sell it. They agreed.”

The iconic sweater was one of many owned by Cobain, and vintage cardigans became a distinct fashion item of the 1990s based partly on Cobain’s love of them. A similar sweater owned by Cobain has been displayed at Seattle’s Museum of Pop Culture (formerly known as the Experience Music Project or EMP). 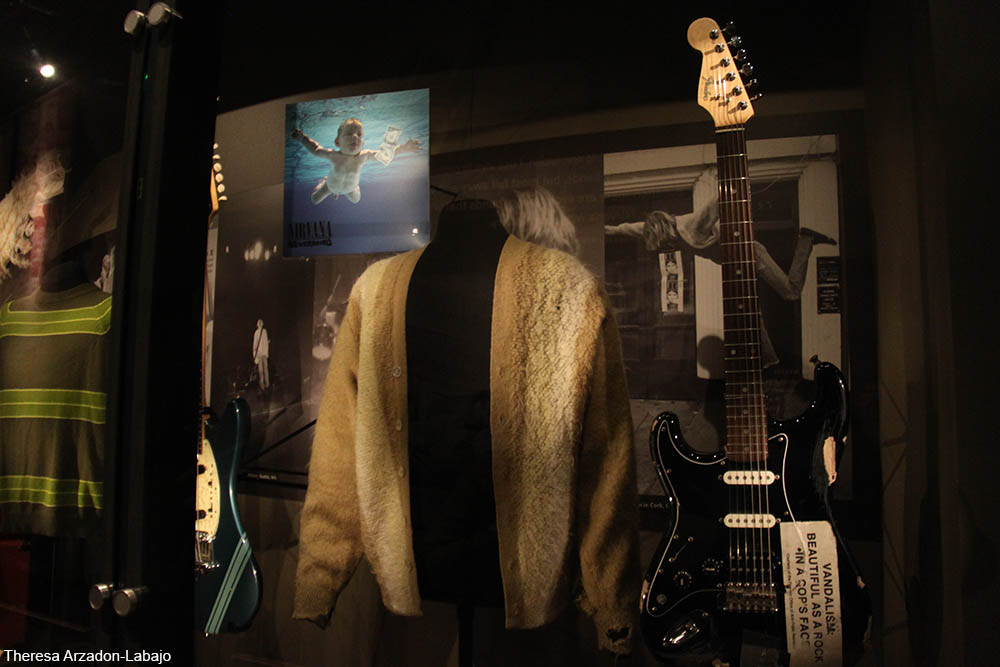 Now, the iconic sweater is coming up for auction again. Current owner, Garrett Kletjian, purchased the garment through through Julien’s Auctions, who verified that the item certainly has some original stains. The damage to the item almost certainly was done by Cobain, which is why the item has not been washed in the 25 years since his death. 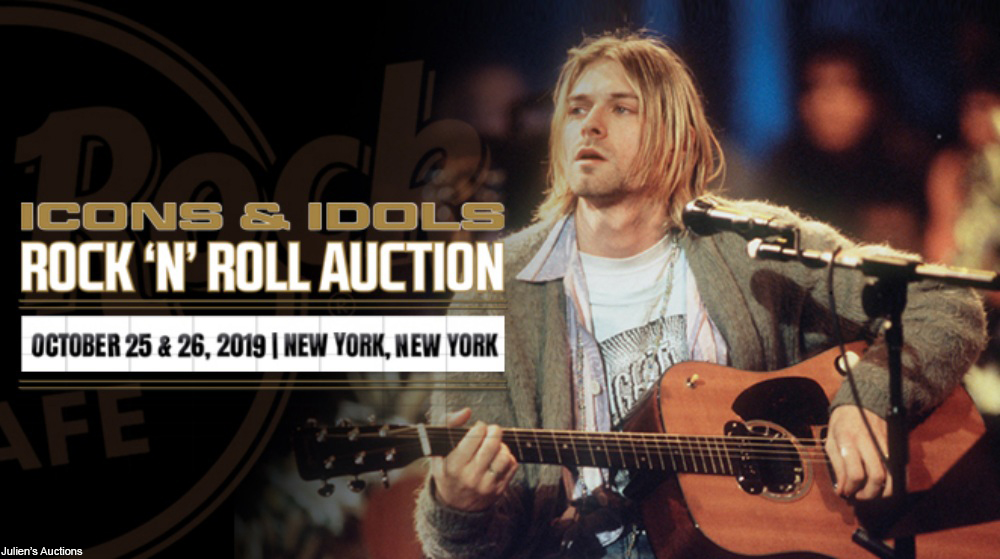 Now, the famed sweater is being auctioned again through Julien’s Auctions as part of their Icons & Idols: Rock’n’Roll auction. The current auction estimate for the sweater is forecasted at $200,000-$300,000.

Other items in the collection are a Fender guitar also owned by Cobain, a rosewood Fender Telecaster guitar made for Elvis Presley, and an Icon Gold Mercedes also owned by The King.