The Kitchen Step Stool Everyone Grew Up With

The metal kitchen stool all of us grew up with usually came in red, white, or yellow- often with chrome detailing. Sometimes it had a back, while other models were backless. In the 1960s and 1970s the designs changed a bit, with round tubing for the structure instead of bent flat stock. If your mom didn’t have this stool, your neighbors or aunties did. 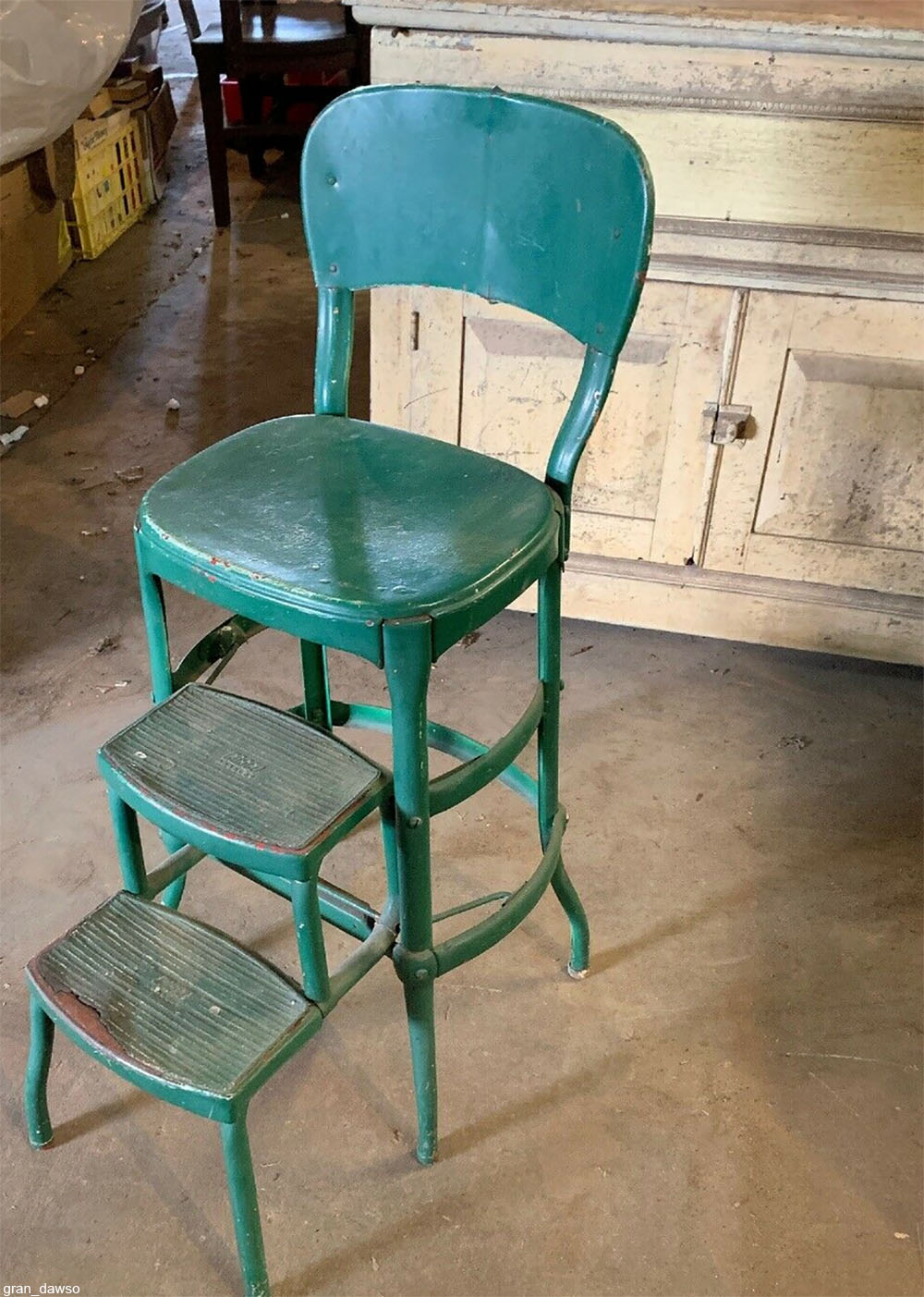 The most well-known version of this stool was made by Cosco, the COlumbus Specialty COmpany which was based in Indiana (not to be confused with quantity retailer, Costco), first patented in 1941. The original model was called the Stylaire Step Stool and fit the emerging aesthetics of kitchens at the time quite well.

By the 1960s, these beloved step stools were in most kitchens in the U.S. and when they got too shabby for the kitchen they often had a second life out in the workshop or the garage.

They were sold for between $10 and $20, but were often also in Green Stamp and other catalogs from merchants. There were several different models, including one with a pull-out step portion and another where the step mechanism didn’t move, but the seat flipped up instead.

These chairs served a wide variety of uses, and were a ubiquitous piece of kitchen equipment back in the day. 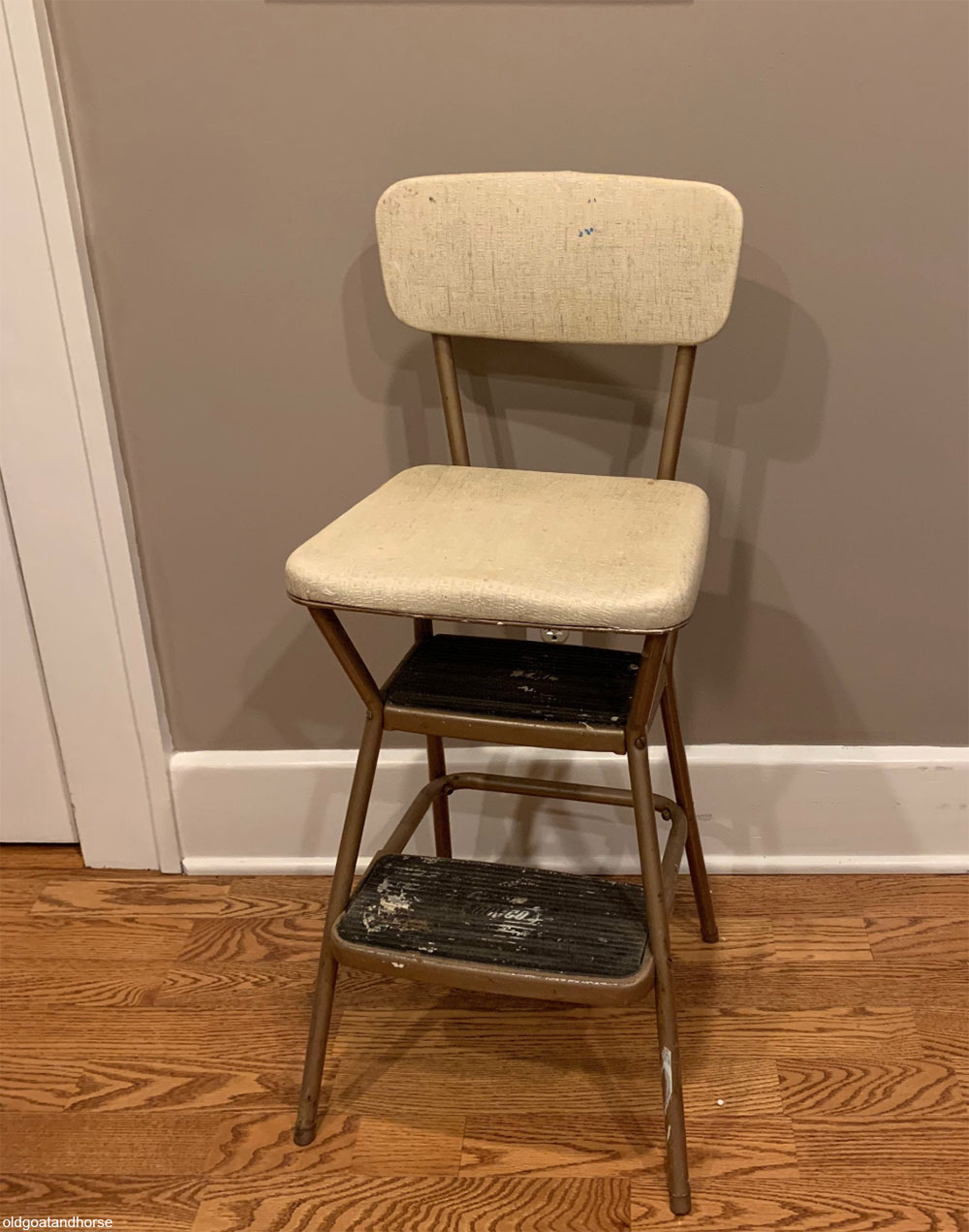 If you got into trouble or were running in the kitchen Mom or Grandma would inevitably tell you sit on the stool until you calmed down. It may not have always been called a timeout, but it ws understood that you weren’t to leave the stool until they said you could.

This was where nearly all of the family haircuts took place and done in the kitchen or on the front porch so that the clippings could be easily swept away.

For children wanting to help in the kitchen, the step stool was how they reached the countertop or stove and it was the angle from which we watched as delicious meals were prepared. 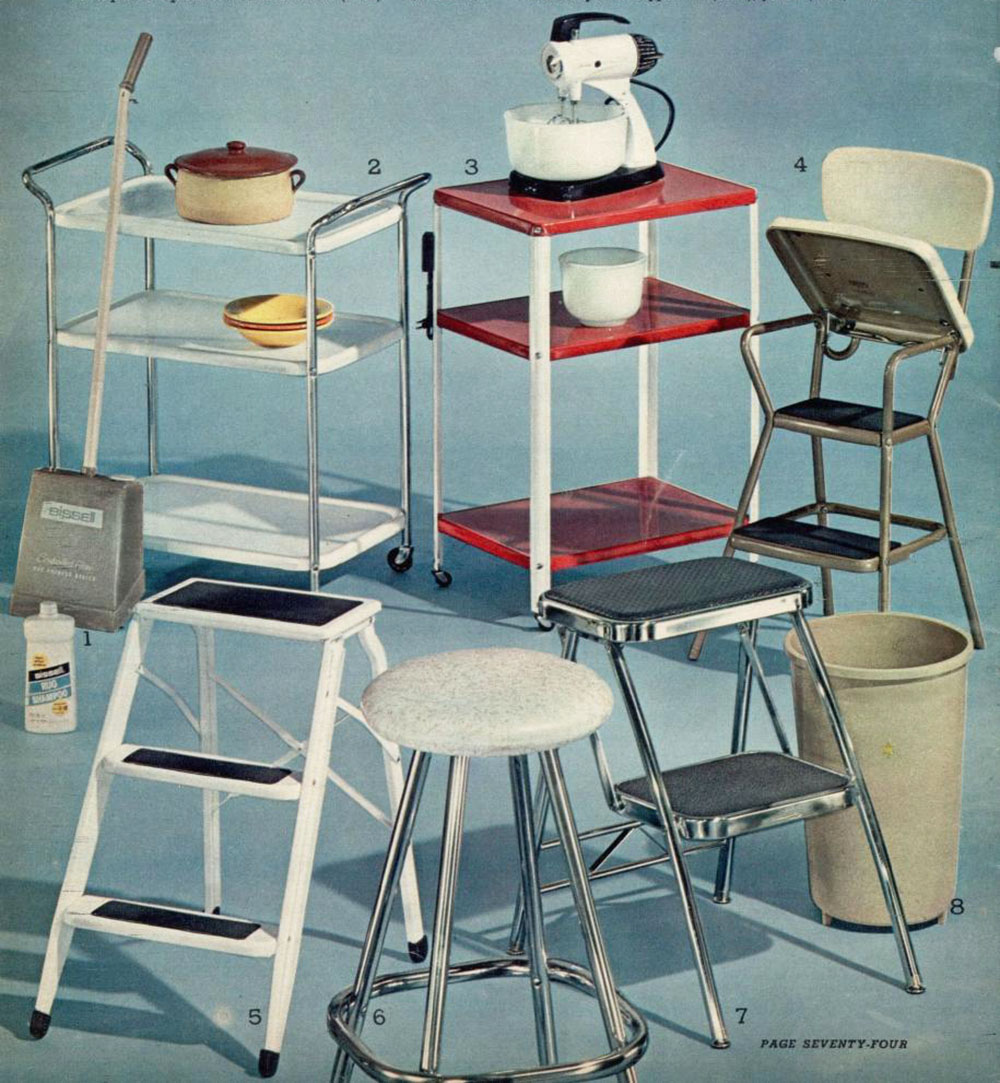 Gold Bell stamp book catalog from 1963. To get this step stool cost 4 1/4 books! Via/ Internet Archive

The metal stool was an extra chair at big holiday gatherings or when someone stopped by unannounced.

The metal stool was where a homemaker could sit and work at her budget and her meal planning.

Children playing in the kitchen also knew this stool as either the throne or the home base or even as the only place not covered in lava.

You’d never see this today, but back then these stools were used as impromptu high chairs- sometimes with the child tied on! Other times an older sibling was tasked with making sure the younger child didn’t fall off. 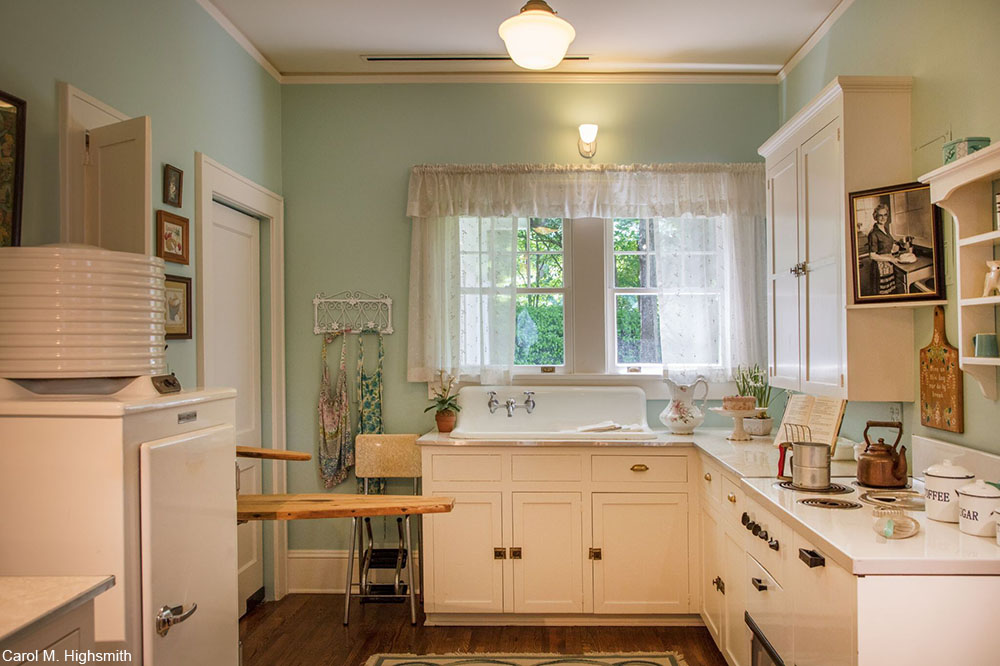 It was the best way to travel up to climb on the countertops as a youngster, even though you knew you weren’t supposed to be up there.

As a Step Stool

Of course this chair was also great for its original purpose as well, making sure no one ever had to use a rickety wooden chair to reach the high cupboards. 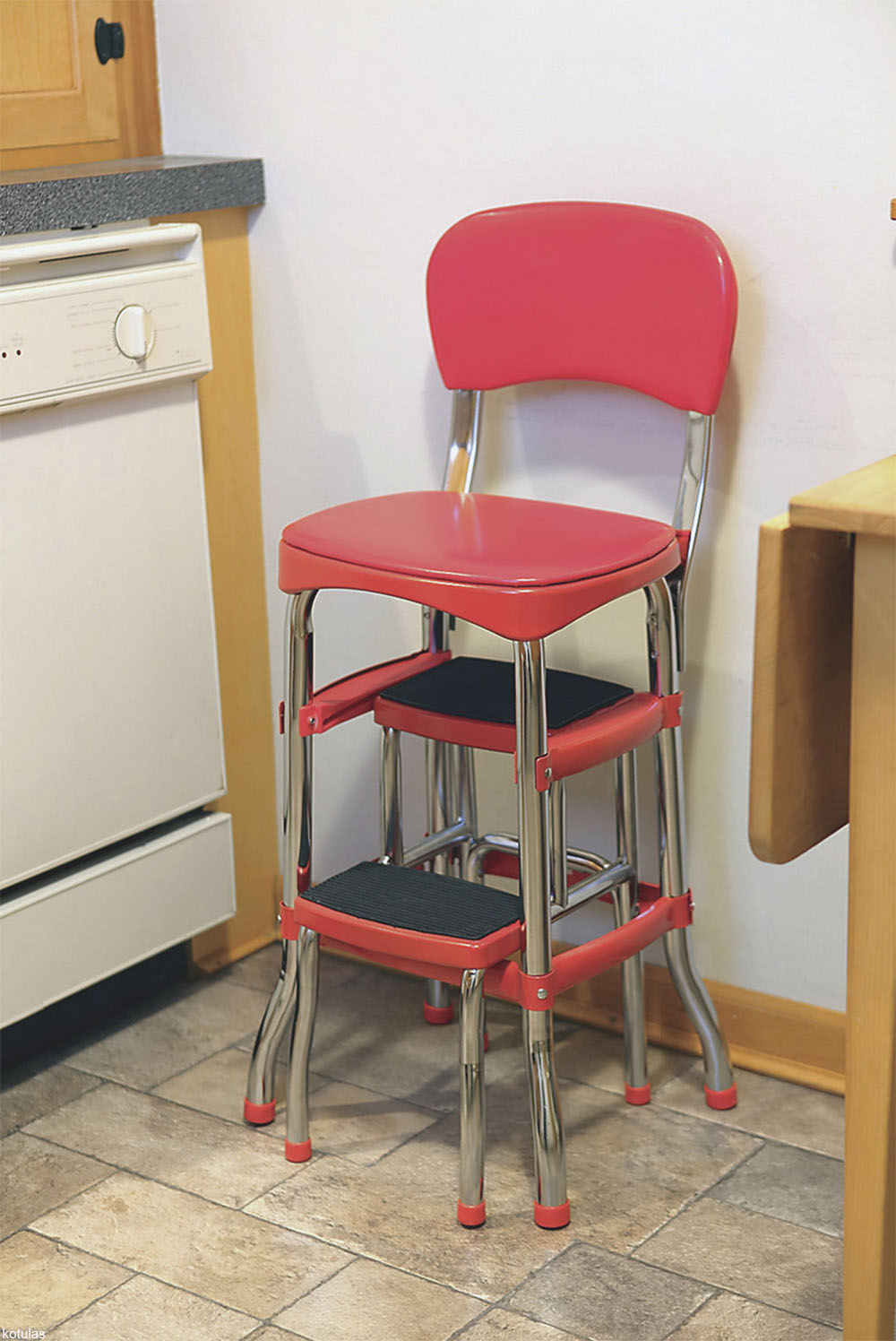 Stools like these are once again in production from a number of companies, including Cosco, after having been less available starting in the 1990s. The Stylaire Step Stool now comes in blue, green, yellow, white, black, red, and cream. However, some reviewers say the stools aren’t quite the same as the old ones were. In many cases the vintage models cost just the same as the new ones, so if you’re looking to create a nostalgic kitchen you might keep that in mind.