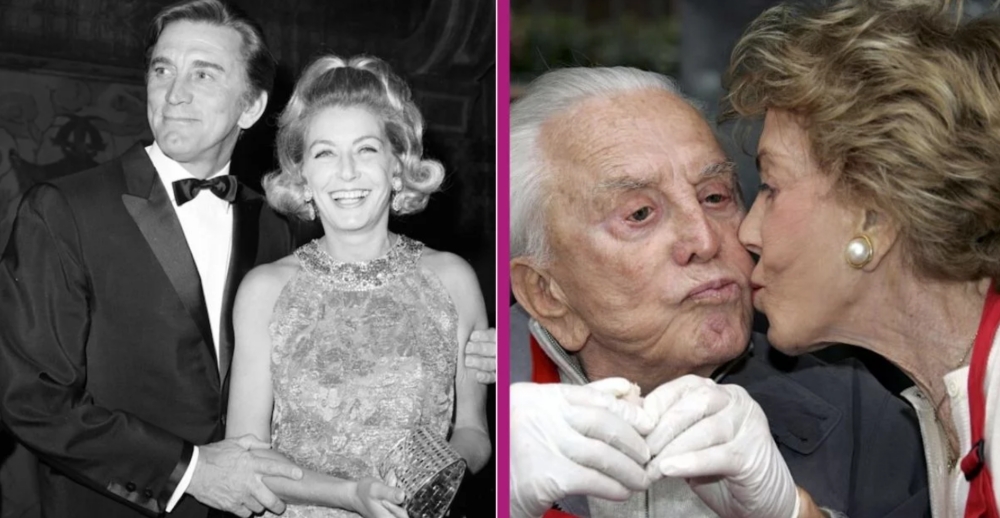 We sadly had to report recently that the incredible and legendary Kirk Douglas has died at the age of 103. His son, Michael Douglas and wife Catherine Zeta-Jones, both confirmed the sad news in tribute social media posts. We’re all especially thinking about Kirk’s wife at this time, Anne Buydens, who has been by his side for more than six decades.

At 100 years old, Anne had been through everything with Kirk. Their romance truly stood the test of time, especially as divorce rates continue to climb each year. They were together until the very end, and now we’re looking back on their incredible, ever-lasting relationship.

Kirk Douglas and Anne Buydens…playing hard to get 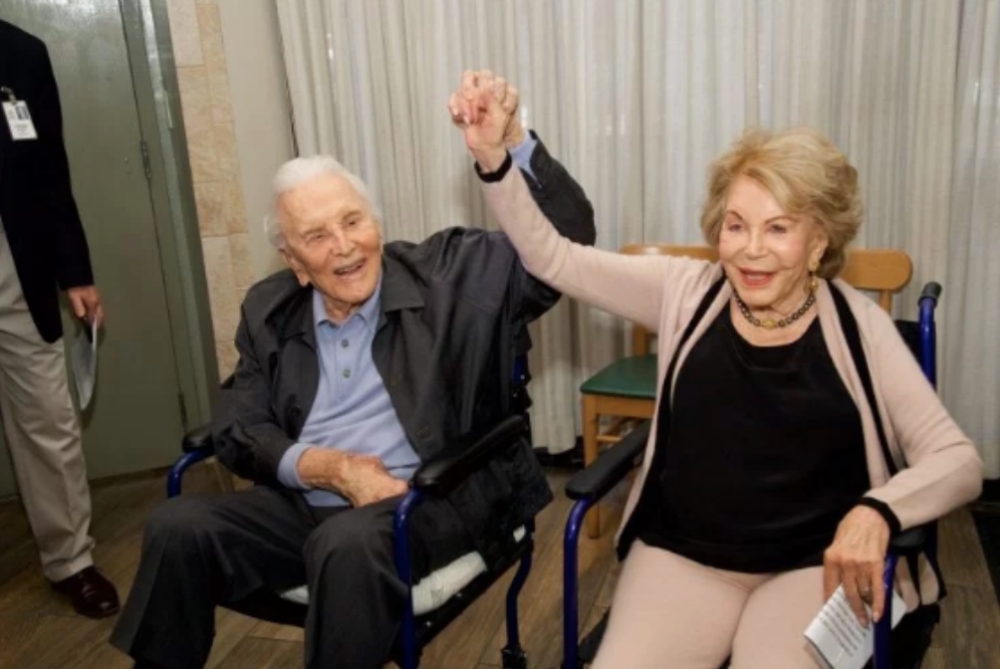 The two first met in 1953 and Kirk was already a pretty popular movie star, surrounded by flocks of beautiful women. Anne was working as a film publicist at the time and was living in Paris when a photographer introduced her to Kirk on the set of Act of Love. Of course, Kirk immediately took a liking to Anne, but that doesn’t mean she made it easy for him!

He asked her out on a date to the most beautiful and expensive restaurant in Paris, La Tour d’Argent. What did Anne say? “No thanks, I think I’ll go home and make myself some scrambled eggs.”

Working on their relationship with one another 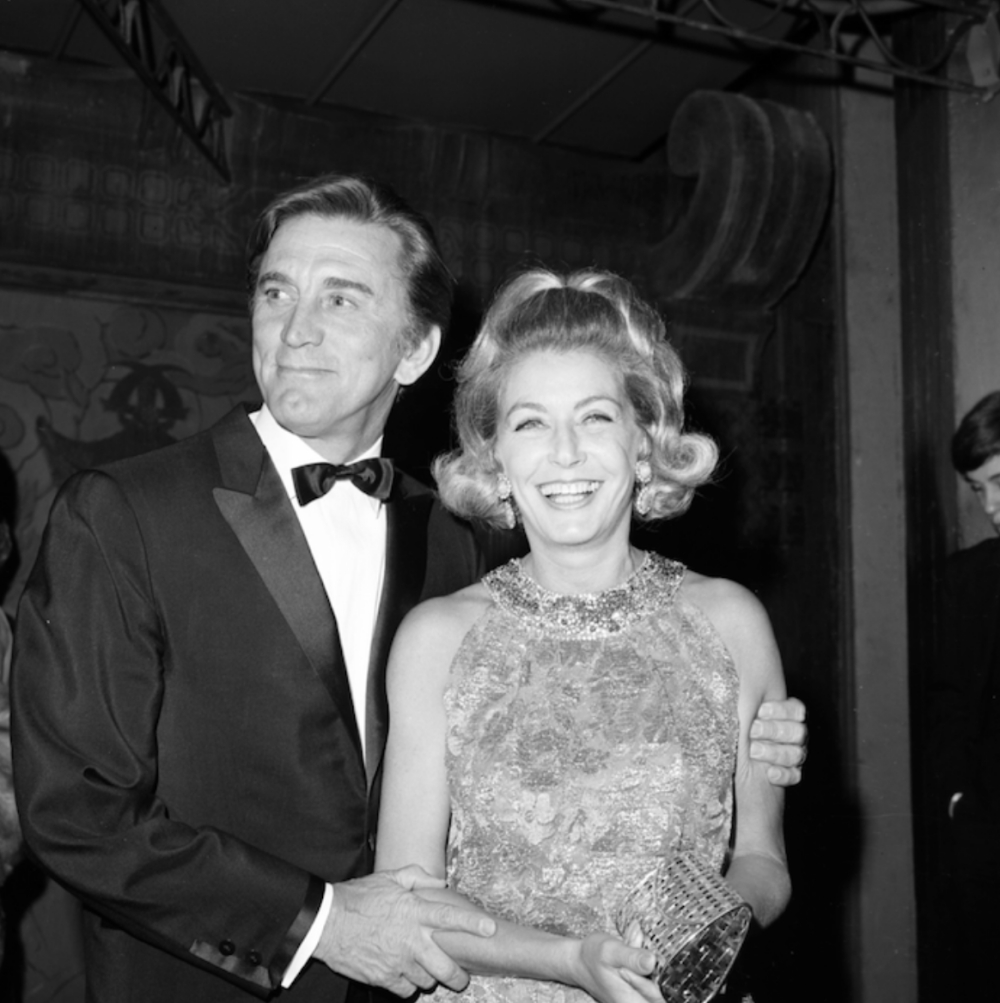 So, at a certain point, Kirk just stopped trying to “woo” her. He hired her anyway and their business was kept strictly professional. That is, until one specific event. Kirk had to scoop elephant feces in a tuxedo at a charity gala which was at a circus. It was that moment that Anne said he “got her” because she knew he wasn’t a typical Hollywood star. He didn’t care about his tuxedo and that made him seem was a lot more down-to-earth than other stars.

The two went on to build a relationship together, but things were complicated. Kirk was engaged to his on-screen partner, Pier Angeli, at the time. It was not until Anne told Kirk that she was planning on moving to Paris that he felt he didn’t want to lose Anne, and so he decided to break off his engagement to Pier. Everything then became clear for the couple. The two went on to marry in 1954 in Las Vegas and have 2 children together, Peter and Eric.

The beginning might have been difficult, but it was worth it all in the end 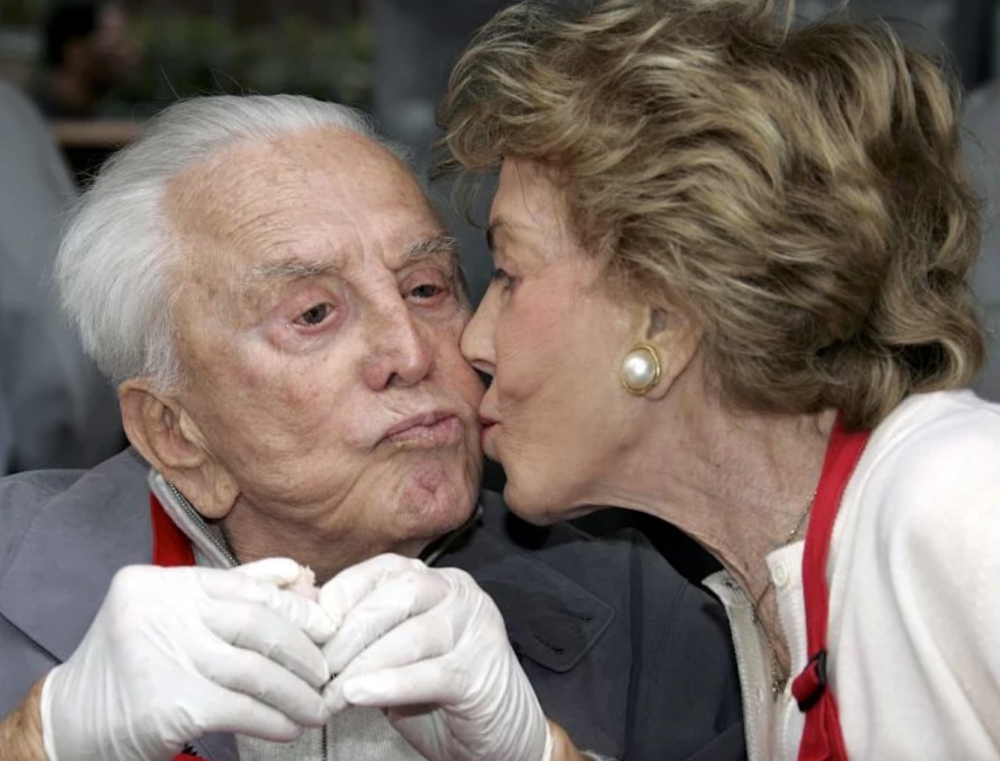 In a previous interview, Kirk revealed that he had to go through quite a lot to convince Anne that he was worthy. He called her the “most difficult woman he had ever met.” Despite being an inspiring and incredible love story, their relationship was met with many obstacles.

They both had to endure the tragic loss of their son, Eric, as well as Anne’s battle with breast cancer, and then finally Kirk suffering a stroke. Their marriage encountered turbulent times, but their devotion to each other and their love is what made it persist for so long.

A book that was published in 2017 details the love letters they sent to each other during their time apart. The book is called Kirk and Anne: Letters of Love, Laughter, and a Lifetime in Hollywood. In one of the letters, the reader understands that Kirk is away shooting a movie. In the letter, he says, “If I live to be 100, there will still be so many things unsaid.” Then, on his 100th birthday, he told Anne, “As I have now reached that milestone, I can attest that it is still true.”

See the spark between these two, even in their final years together, in the interview below.