11 Things That Were Actually Expected Of Kindergartners Back In 1954 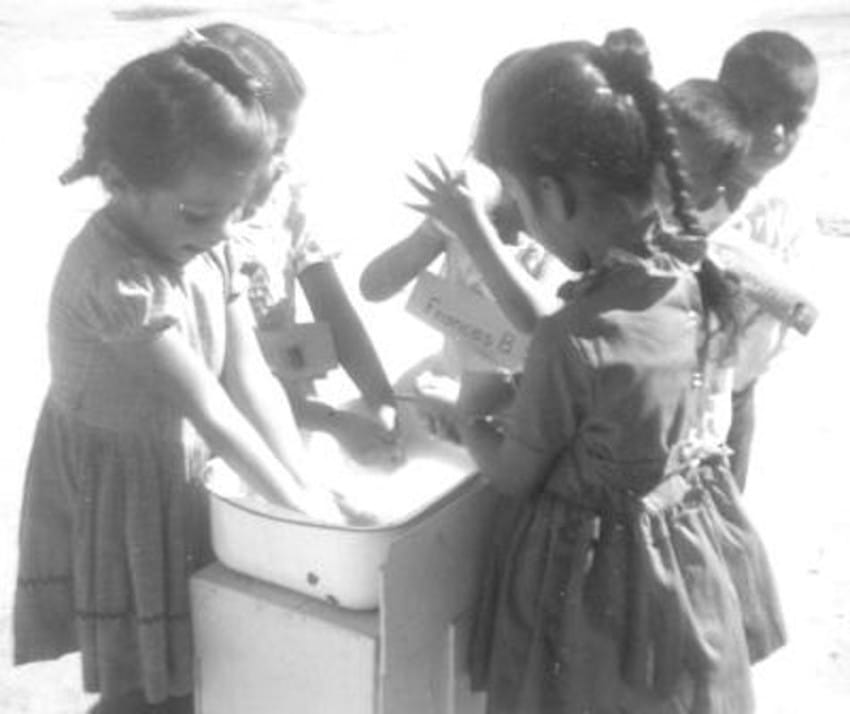 Kindergarten can be a daunting milestone in children’s lives. After the comfort of their easygoing upbringing at home or in preschool, they’re finally getting their first taste of a real classroom environment.

Of course, they’re still quite young and may have trouble adjusting to the changes, something parents will likely find reflected on their report card. If I try hard enough, I can still remember going through all the checks and pluses that made up my first ever set of grades — and the comment from my teacher informing my parents I was a bit too social while she was trying to teach.

Looking at the report card below from 1954, it’s interesting to see how the experiences of modern kindergartners compare to those of their parents, grandparents, and great-grandparents. Some things never change, but there are definitely a few requirements from this 1954 gem that you’d be hard-pressed to find in classrooms anymore.

Did we forget any expectations you recall from your own kindergarten experience back in the day?

Let us know in the comments and be sure to SHARE with your friends! Learning about what working, learning and living was like decades ago is always so interesting. 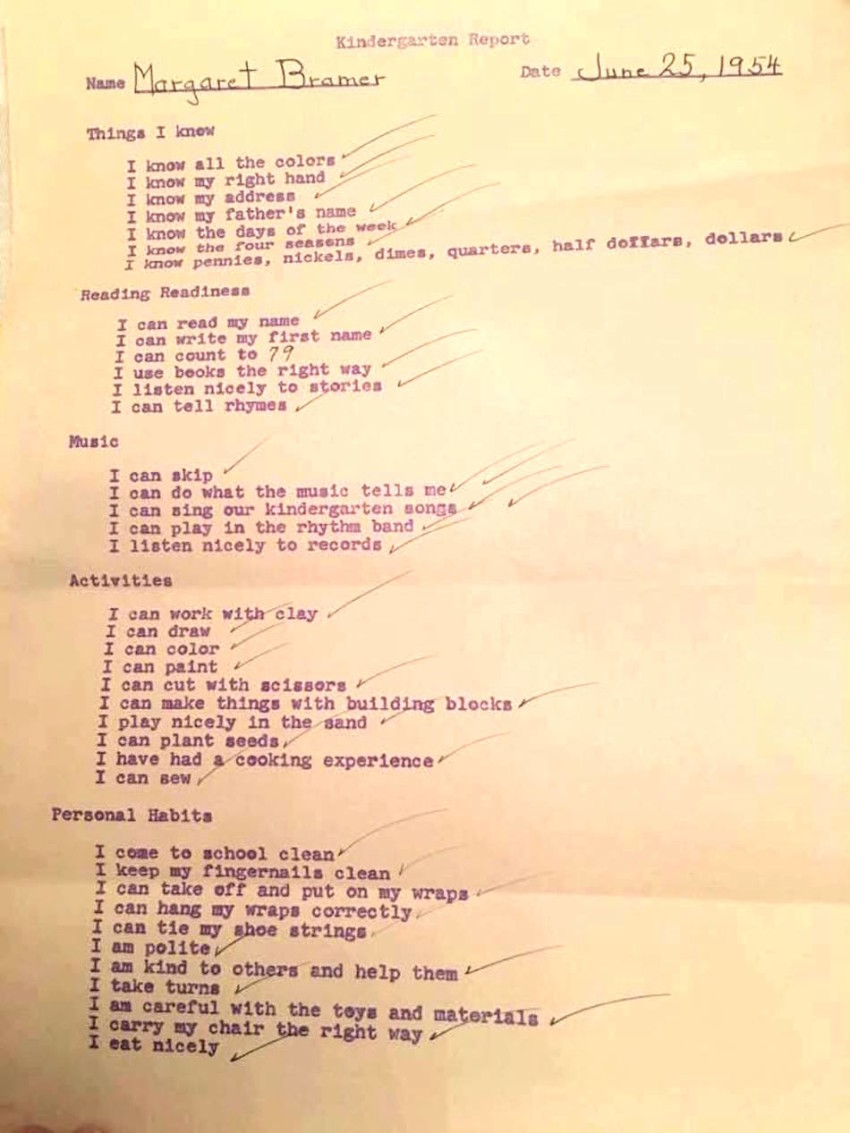 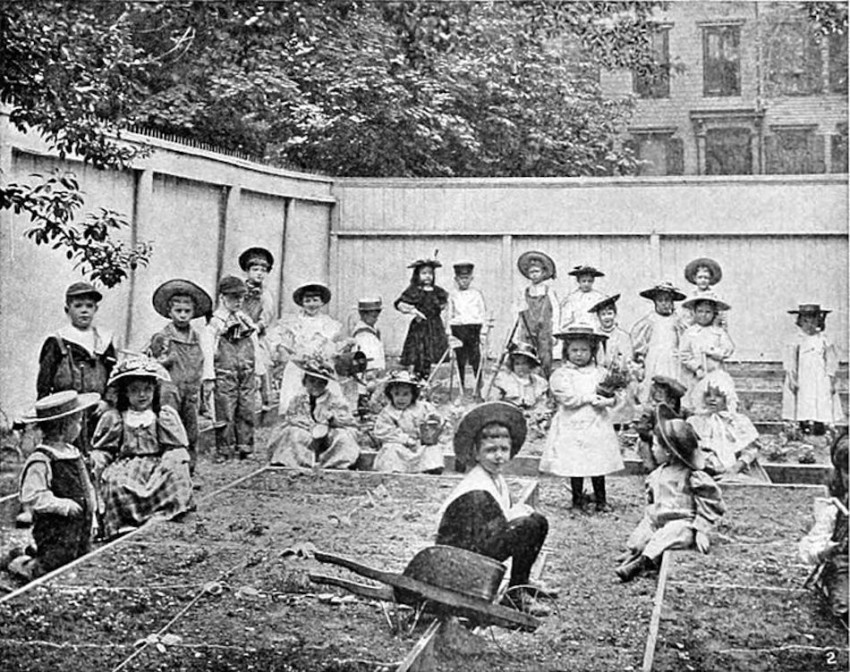 This is definitely a skill I didn’t learn until a bit later in elementary school, but depending on where they grew up, kids in the 1950s might have been helping their parents grow their own food since they could walk.

2. “I Have Had A Cooking Experience” 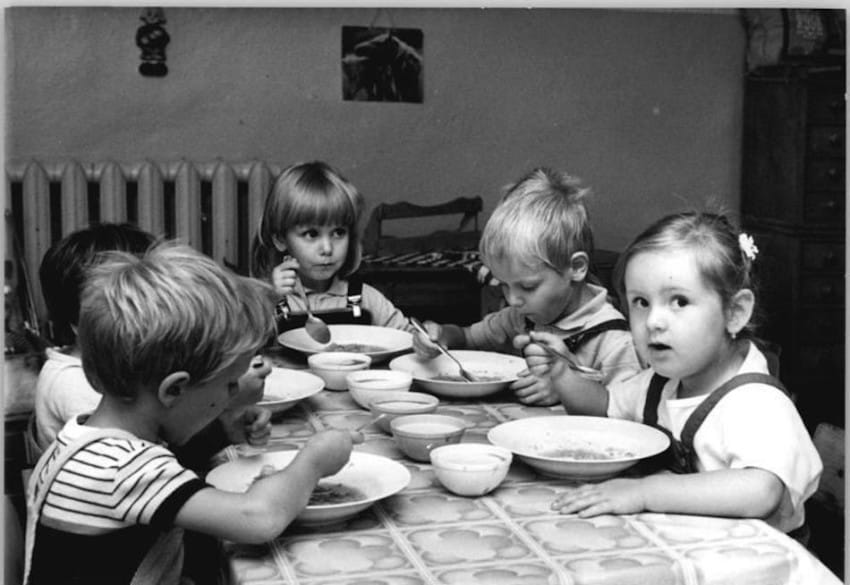 I’m pretty sure the only cooking my friends and I did in kindergarten was the imaginary kind in our fake kitchen, waiting until at least first grade to really roll up our sleeves and make something. 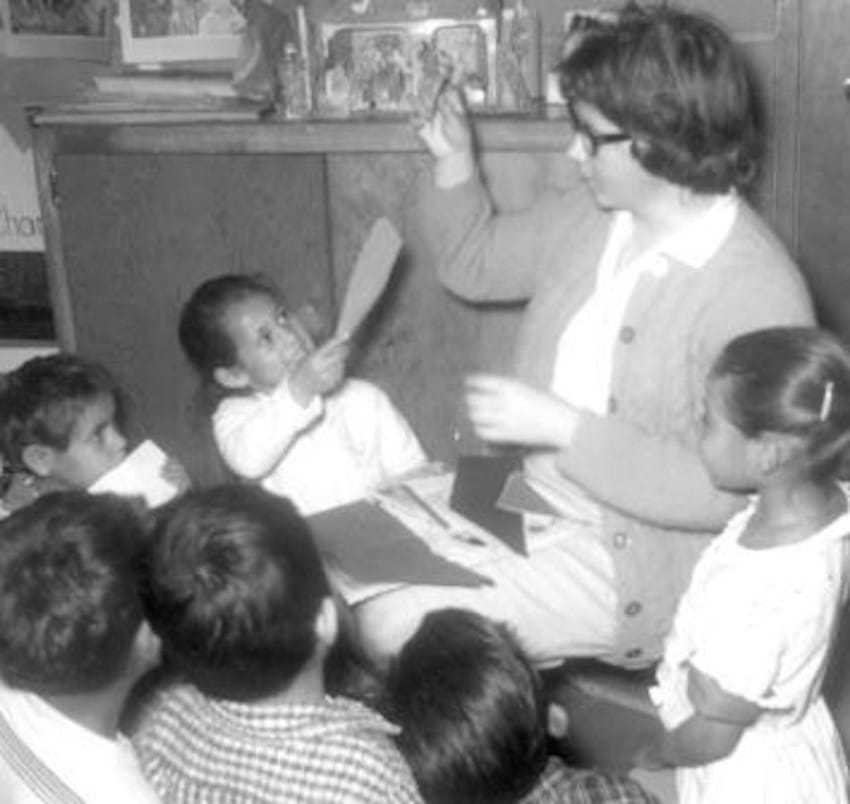 There’s a long history of bias against those who are left-handed, and this might hint toward that preference back in the day.

My mom, who is a lefty, told me about her mom’s desperate attempts to train her to use her right instead when she was a little girl because of those old superstitions lingering in the 1950s. 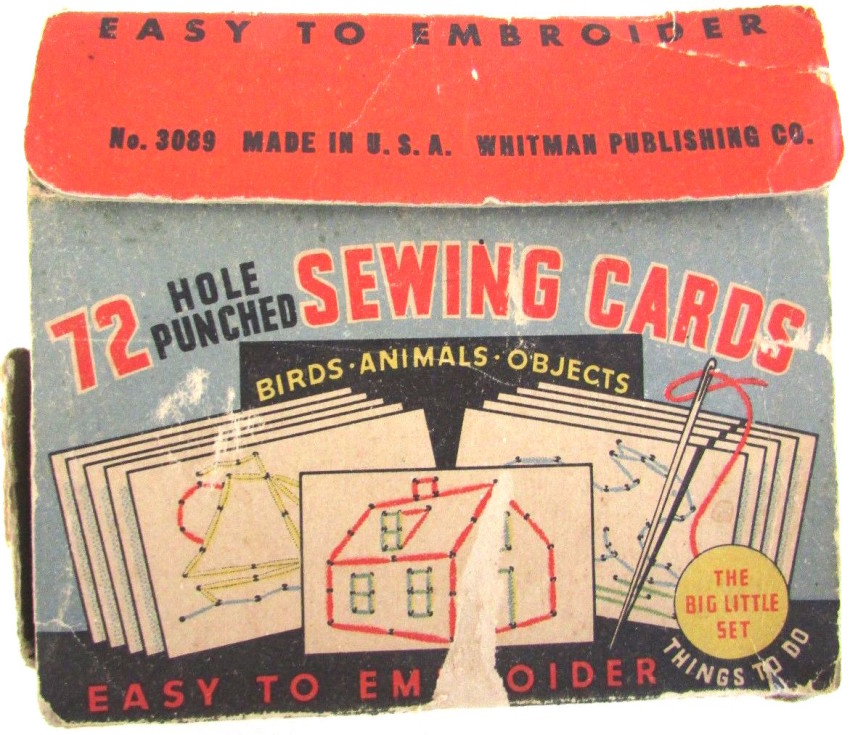 The best age to teach this skill to a child obviously varies from kid to kid, especially if an actual needle is involved.

But you might recognize cards like the one above instead, which children could loop yarn or shoelaces through for early practice.

5. “I Listen Nicely To Stories” 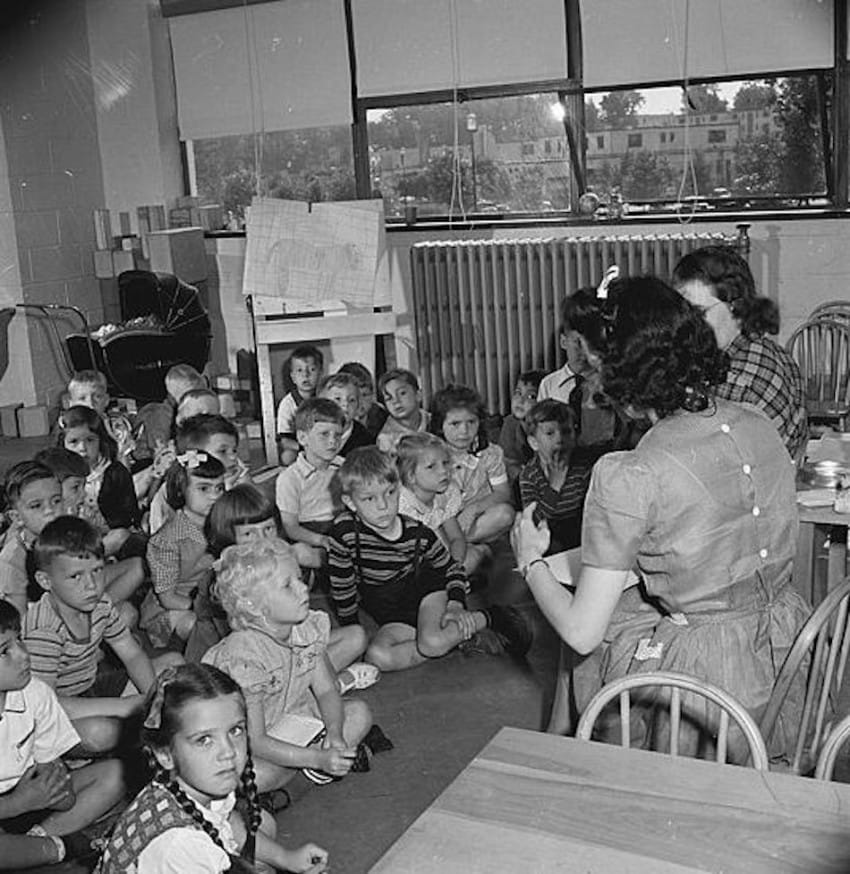 Among those stories they learned to listen to so nicely were probably Horton Hears a Who! by Dr. Seuss, The Horse and His Boy by C.S. Lewis, and the delightful sci-fi tale The Wonderful Flight to the Mushroom Planet by Eleanor Cameron, all released in 1954 before quickly rising to popularity. 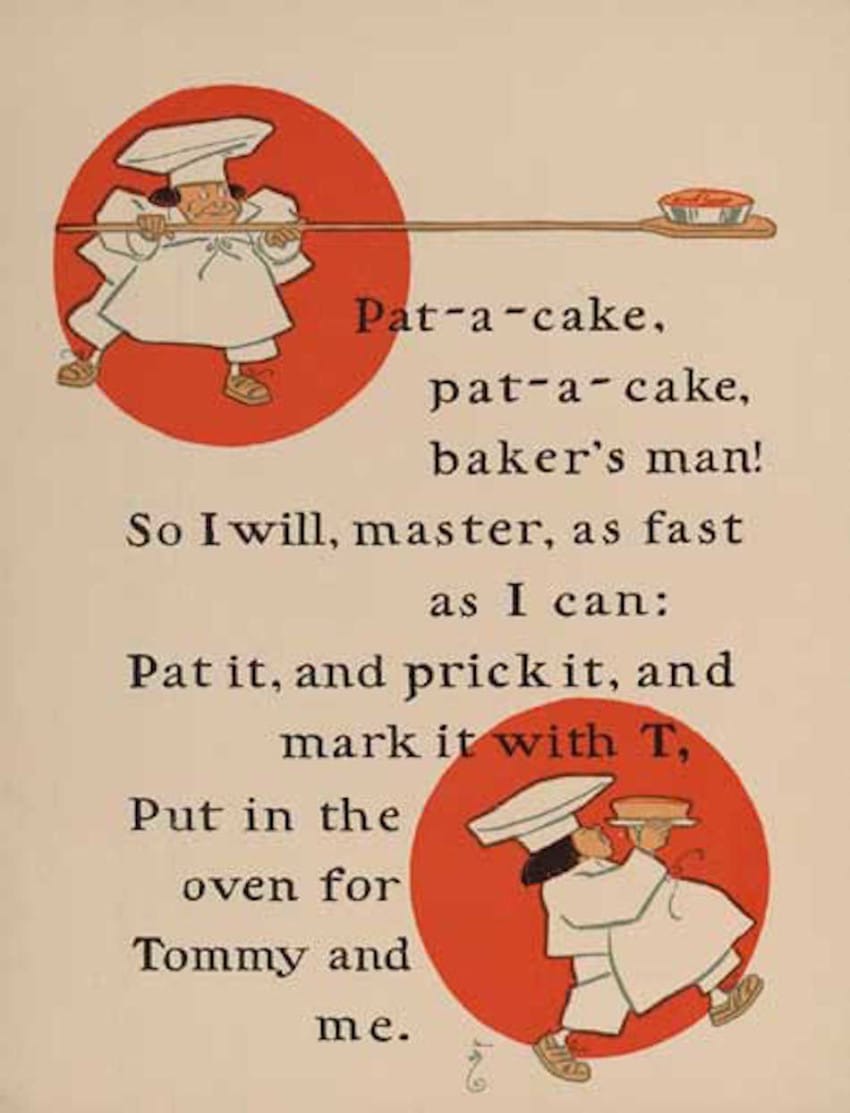 It’s amazing how today’s children still learn many of the same adorable and timeless nursery rhymes that young students recited in the early 1950s, like “Three Blind Mice” and “Pat-a-Cake.” 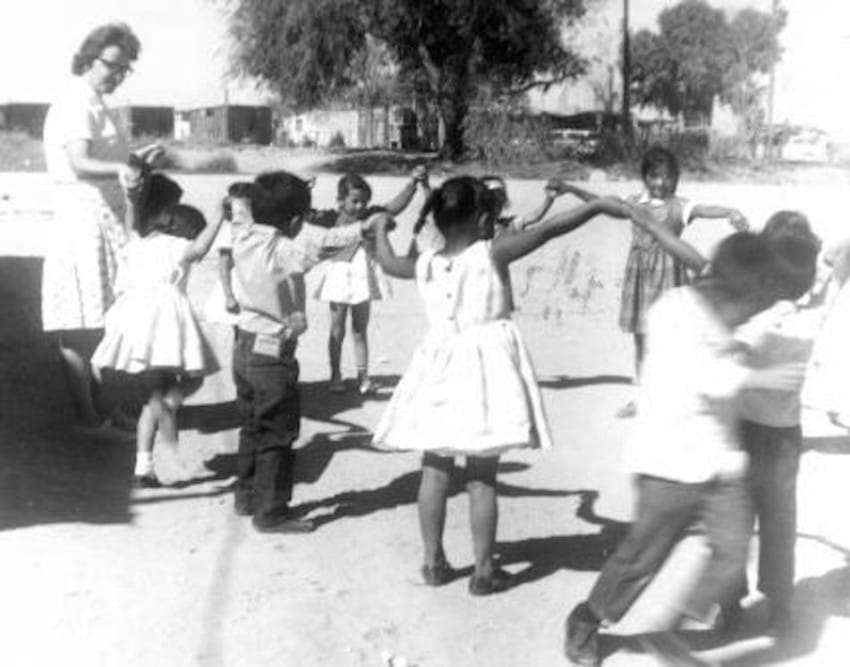 While not as monumental an achievement as their first steps, the whimsical way of getting around remains an important step in young children’s physical development, and was considered necessary back in 1954.

8. “I Listen Nicely To Records” 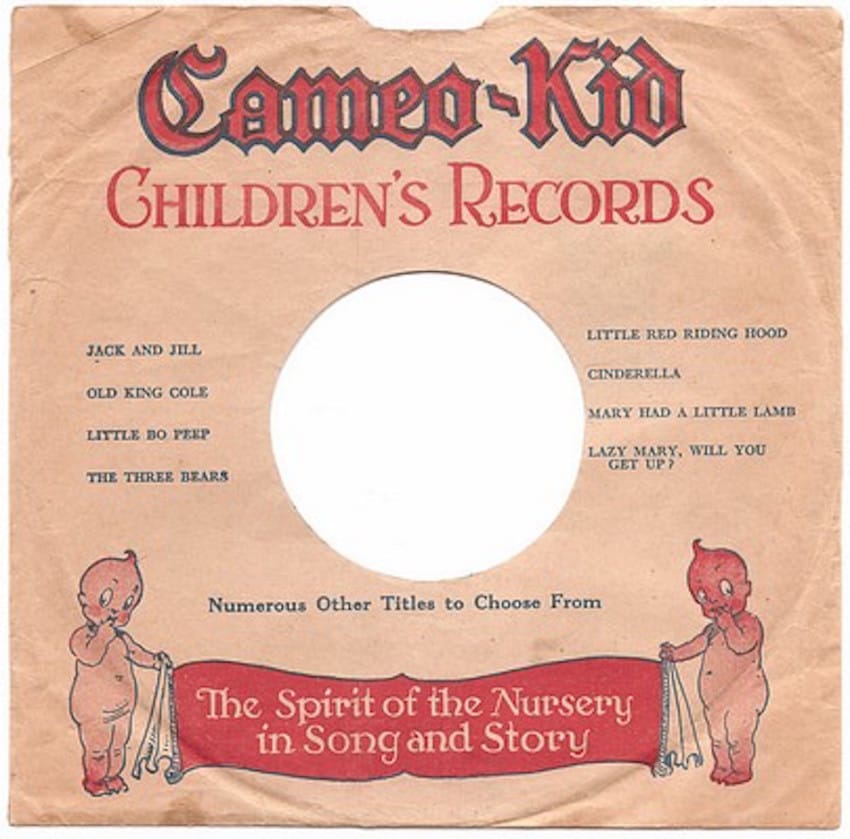 Of course, records in schools may seem archaic unless an instructor is specifically teaching their students about the past, but music is still an important and fun way to share lessons with today’s kids even before they enter the school system.

9. “I Keep My Fingernails Clean”

Teaching kids about hygiene at an early age is ideal for starting healthy practices like washing hands and covering your mouth when you cough, even back in 1954. But most instructors these days don’t go around examining under each of their students’ fingernails. Even if they do, I doubt most school boards would include it on their report card. 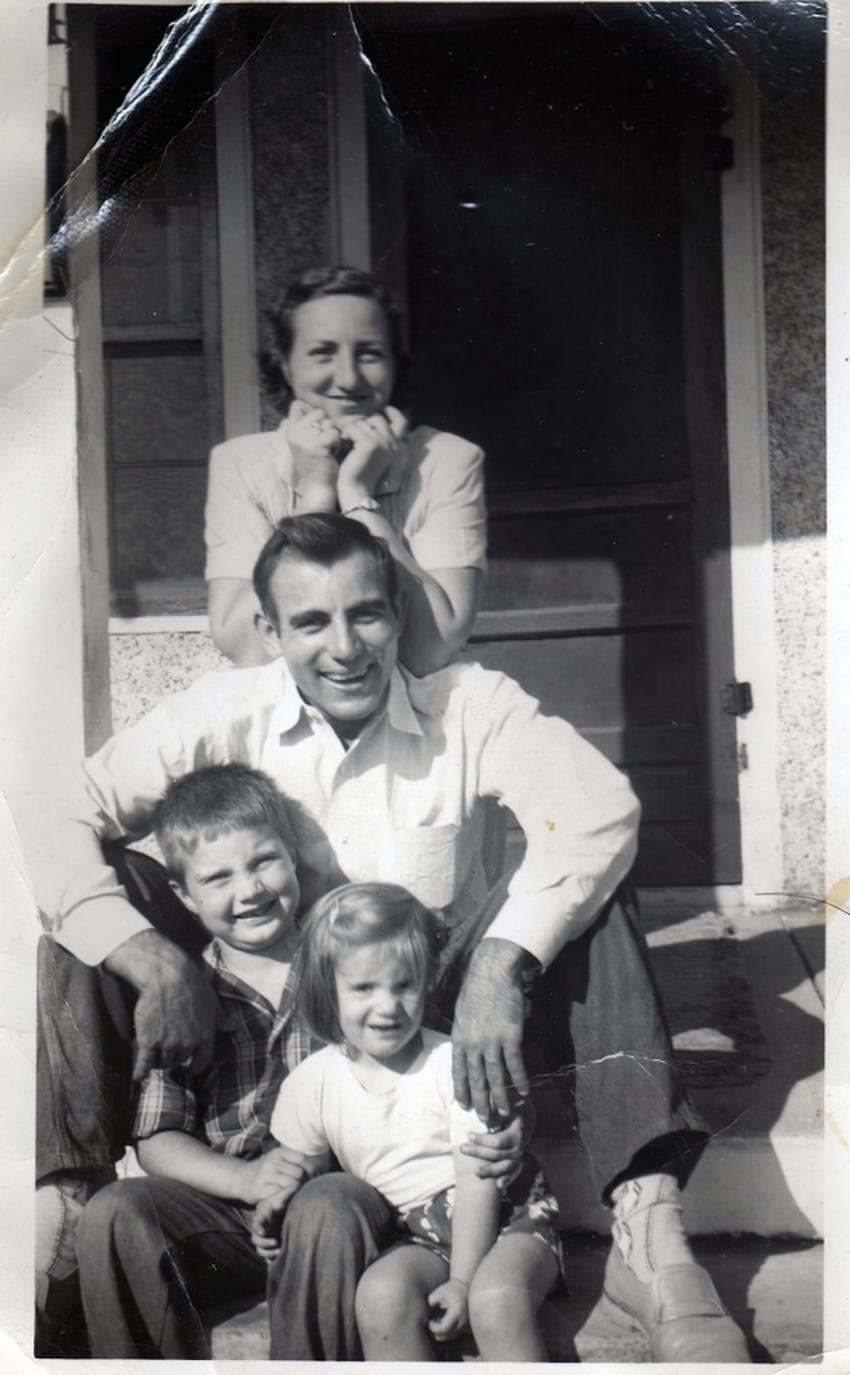 There’s not really an explanation for why knowing their mother’s name wasn’t also on the checklist, but I remember the importance of learning both as a kid for emergency purposes, along with our address and phone number. 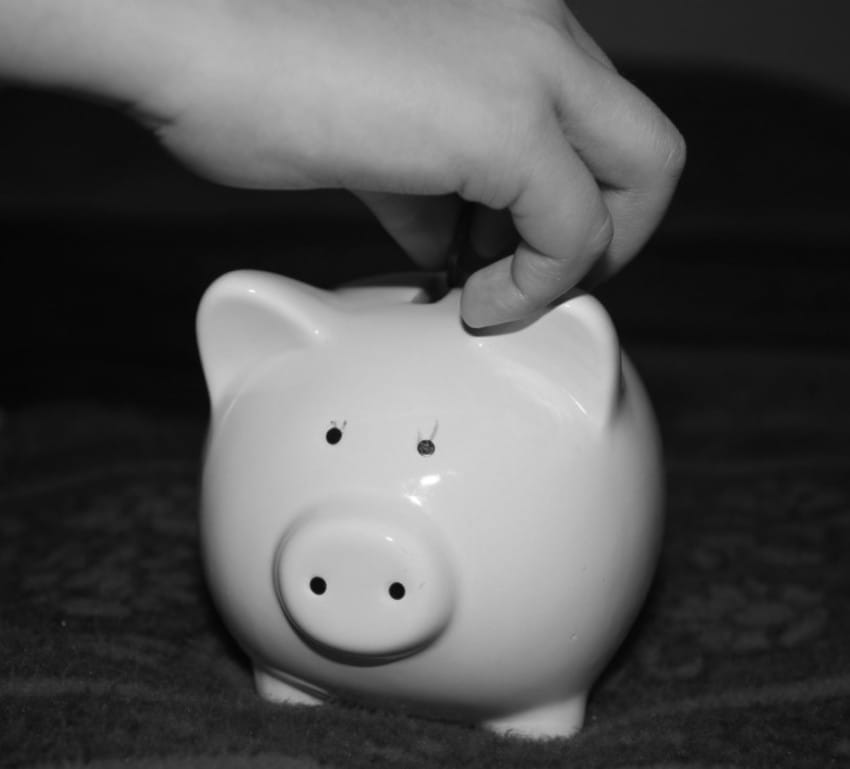 The list goes on to include quarters, half dollars, and dollar coins. Even back in 1954 it didn’t take long for young kids to put together cash to buy themselves the toys they like, so kindergarten was a great time to teach them the value of each cent.

Do you remember similar expectations when you were in kindergarten? Did we miss any that stuck out for you?

Let us know below and be sure to SHARE with your friends!