In 1950 a Japanese manga was created in which a white lion has to endure the complexities of human civilization and mankind’s encroachment on the Serengeti. The story, in print known as Jungle Emperor (and later as the TV show Kimba the White Lion) was created and illustrated by Osamu Tezuka, otherwise known as “the Walt Disney of Japan”. The animated children’s show was aired in Japan starting in 1965 and in North America beginning in 1966. While the plot does offer some differences with the 1994 Disney film, The Lion King, there are some striking similarities that have become hard for the internet (and Disney fans) to ignore. 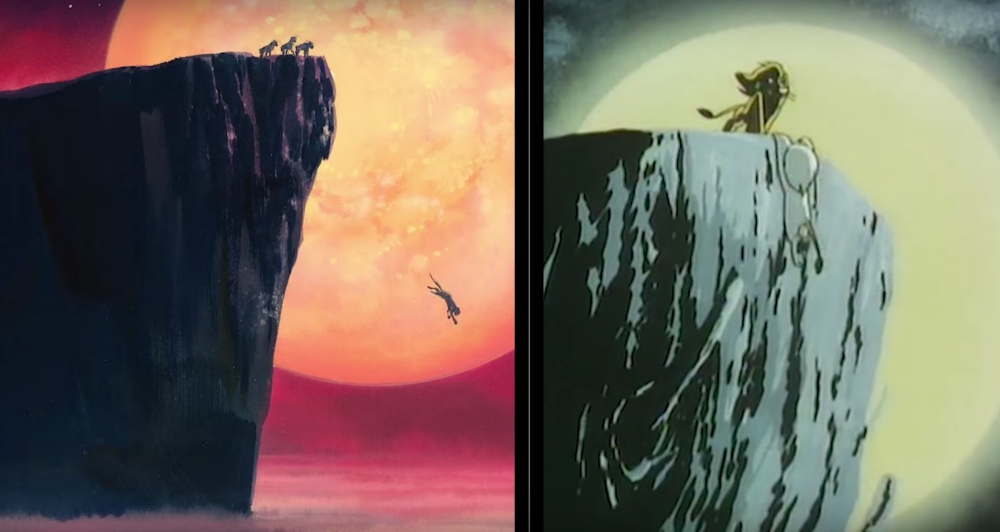 At the time of the release of The Lion King criticism of the film was rife. But, it wasn’t yet a widespread theory that the film may have been influenced by the artwork of the Japanese manga and TV show. However, since the photo-realistic Disney remake was announced in 2016 the internet has been rife with theories on the matter. 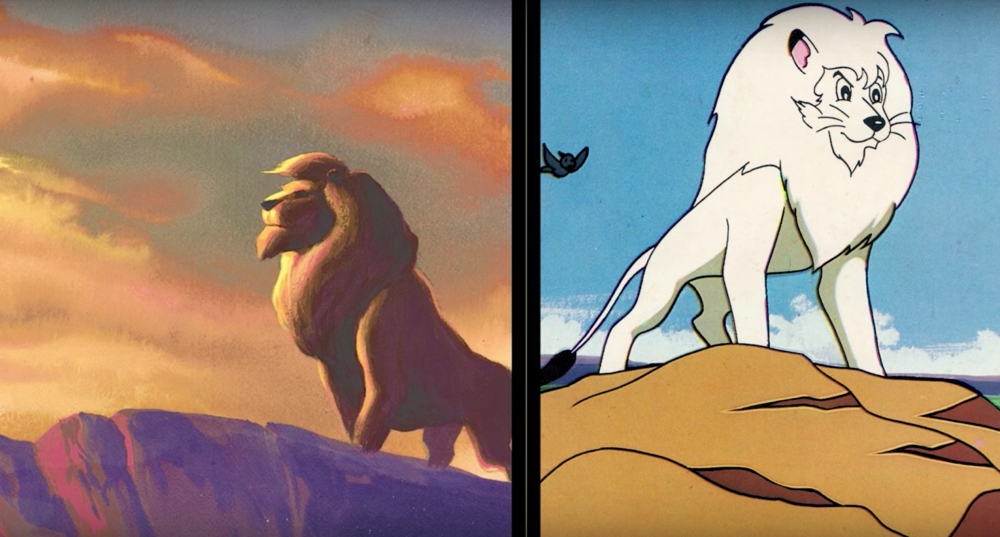 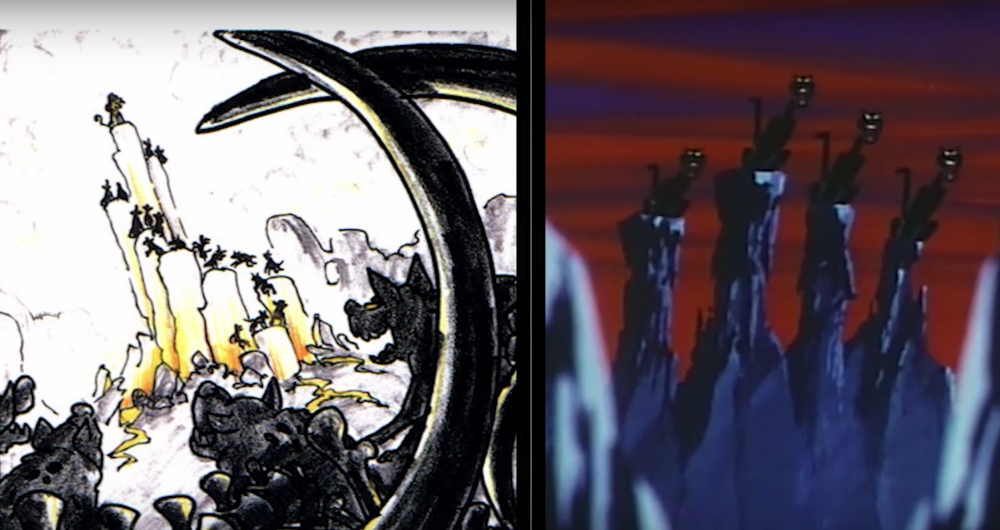 At the time animators for the film denied that Kimba the White Lion was any kind of inspiration, despite numerous coincidences, and that stance has been reiterated numerous times over the years. In Kimba the White Lion, the orphaned Kimba sees his mother’s face in the sky which guides him into action. In The Lion King Simba is shown on screen with the heads of previous lion kings in the sky with him. 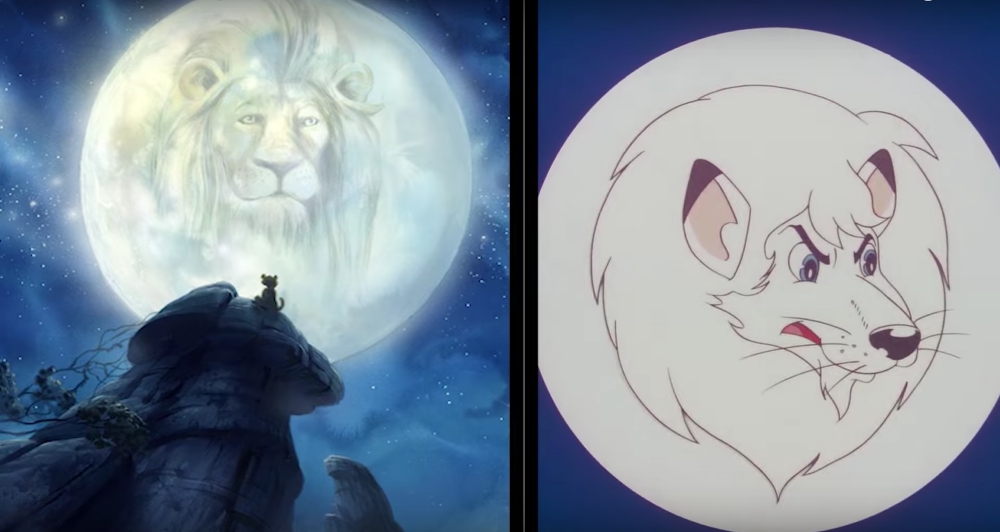 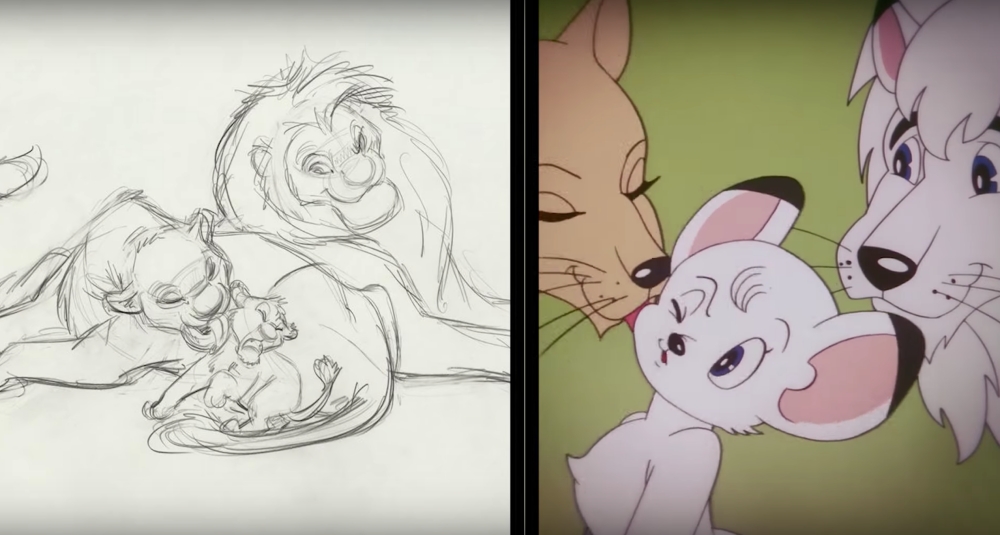 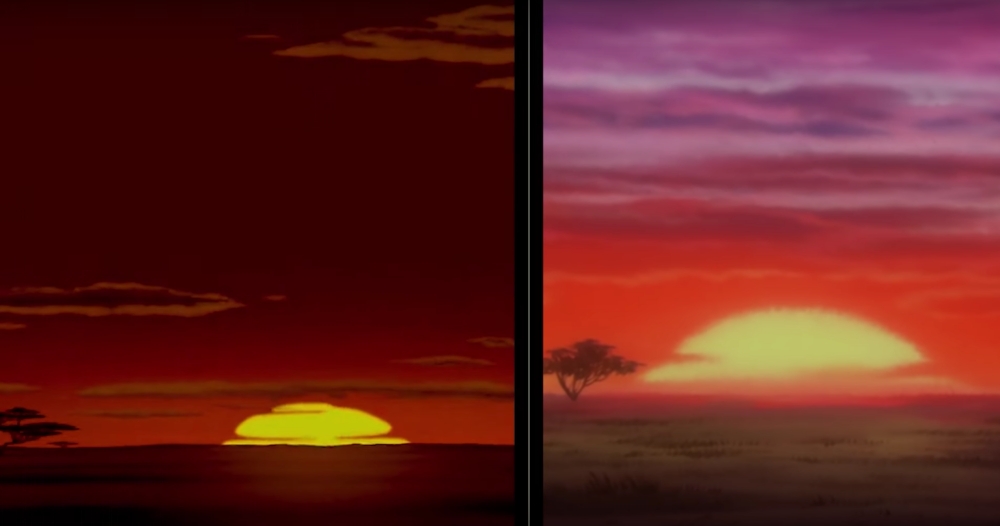 A side-by-side comparison (from YouTuber Alli Kat) of pages from Jungle Emperor manga, the 1965 TV series, Kimba the White Lion, and the 1994 film, The Lion King (and associated storyboards), now shows just how similar many of the visual concepts are. 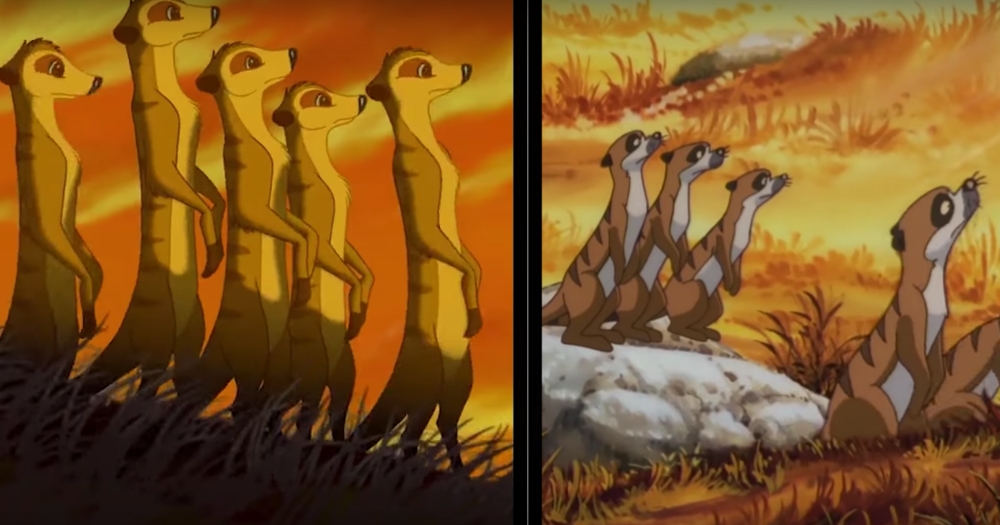 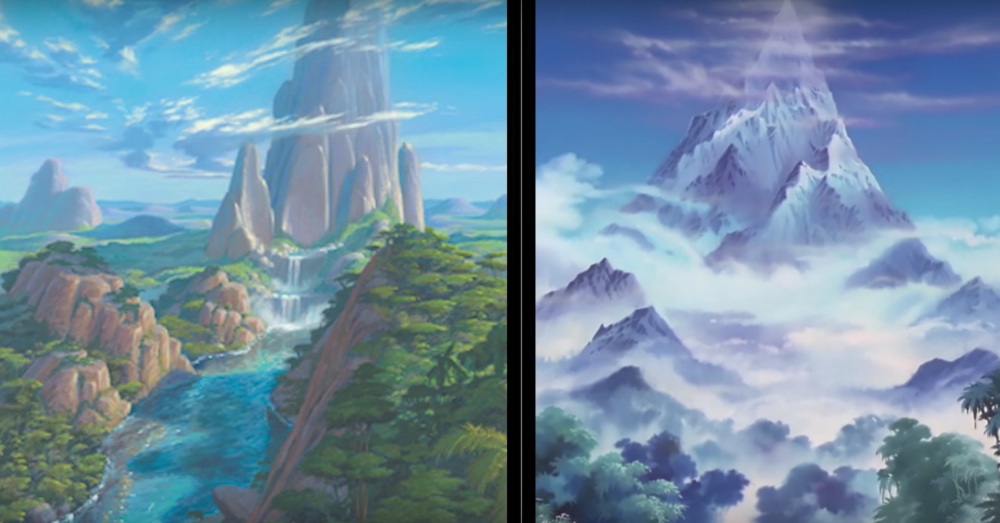 There’s also the antagonist, a usurper in the Kimba the White Lion (named Bubu) who bears a striking resemblance to Scar (both have scars across their right eyes) and plays a similar role in the plot line. Plus there’s no denying how alike the main character’s names are (Kimba and Simba)! 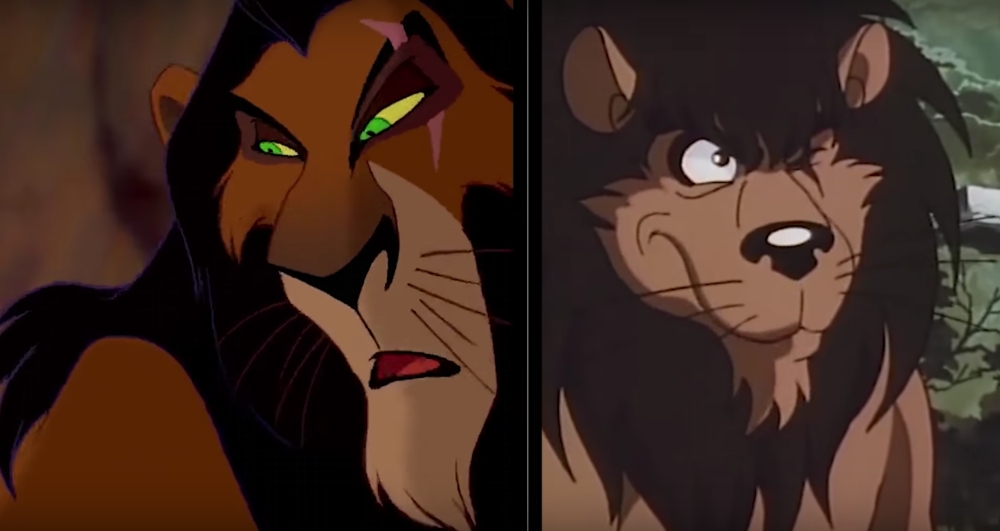 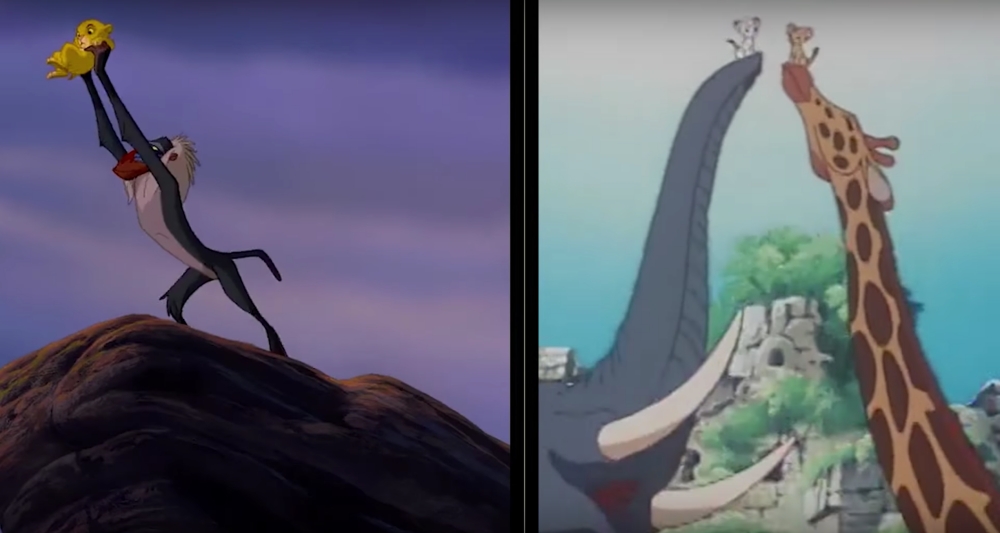 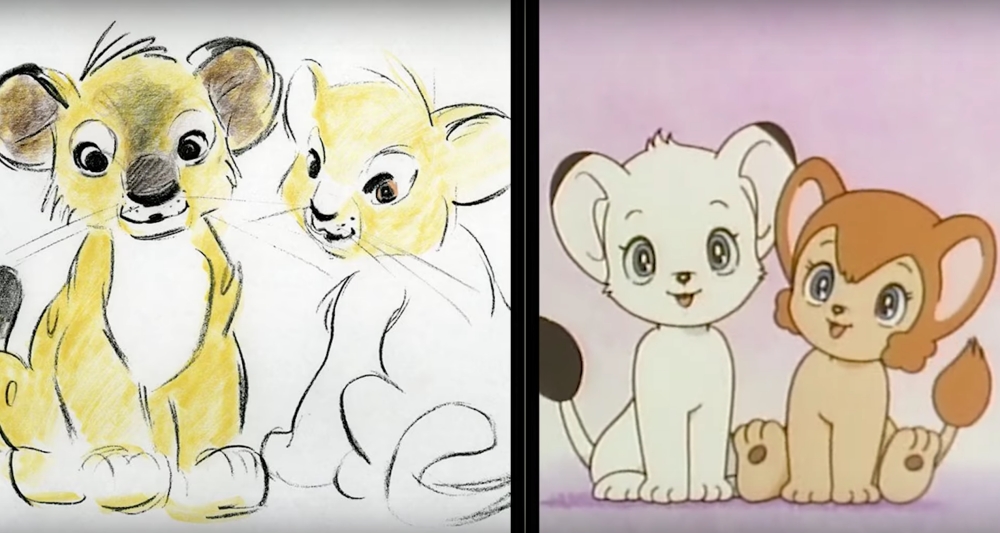 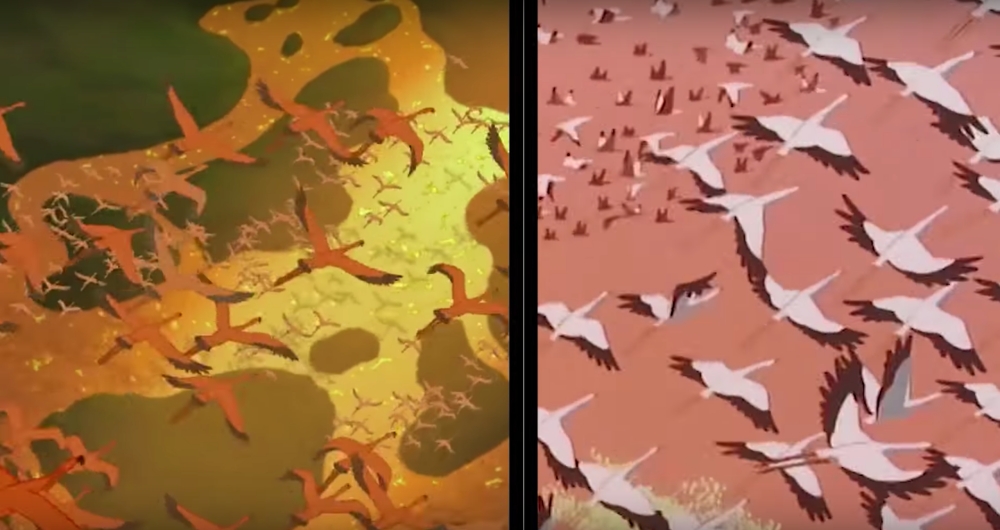 Have a look at more of the astonishing comparisons of each story in the video below. You might not see The Lion King the same way after watching this.