About 100 years ago the notion of special nutrition for children started coming to the fore. The perils of malnutrition, poor food preservation, and poverty were slowly revealed to be bad for children’s health. The kid’s menu developed over decades and certainly have changed over time. Bearing little resemblance to present day children’s menus, the first meals specially for tots would most likely be outright refused by most kids today. 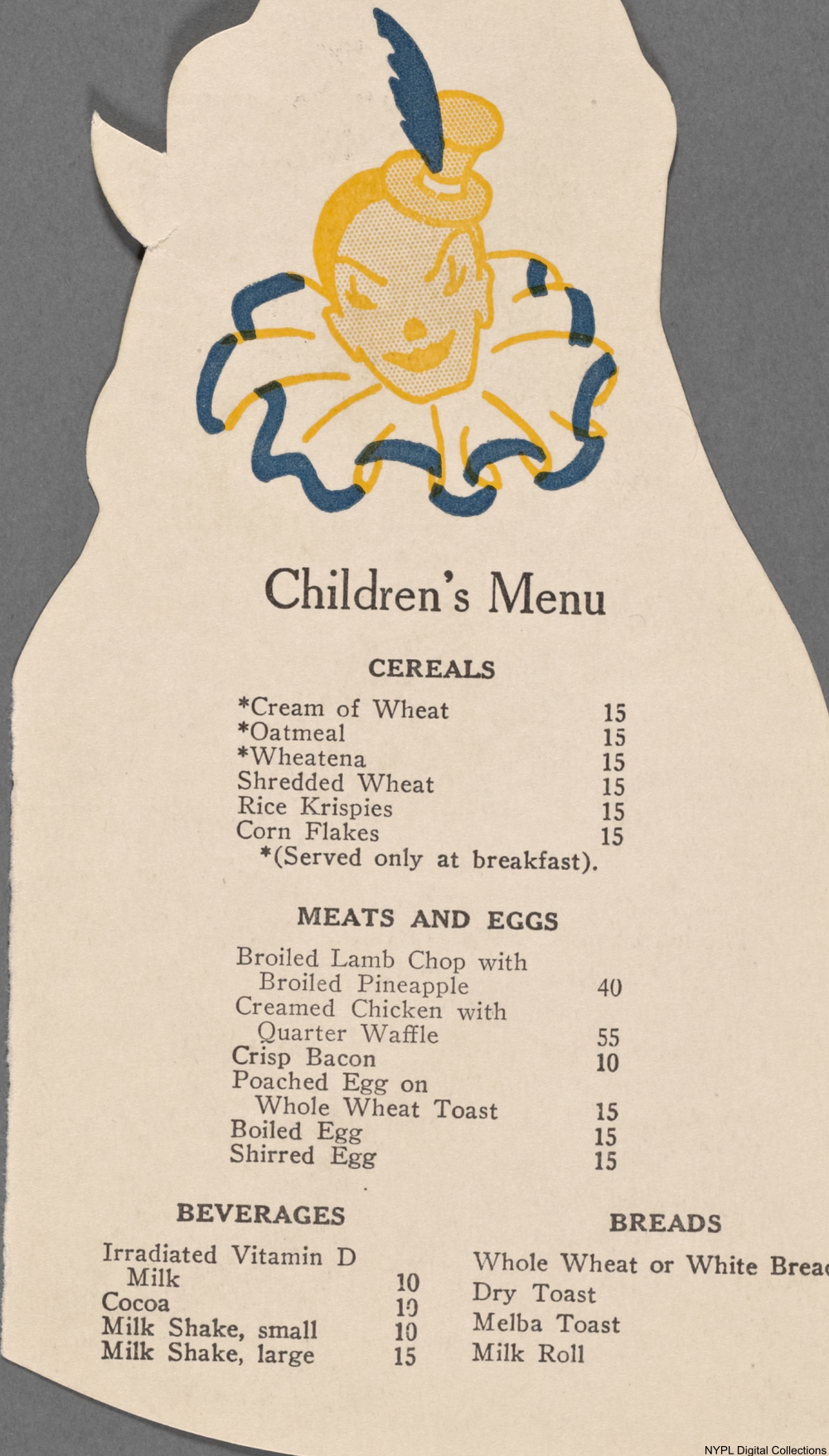 At the time nutrition for children was thought of as something different from adults, with bland dishes served as an antidote to spoiling kids with yummy treats. These dishes were thought to stick to the ribs and often lacked spice or fresh fruits and vegetables.

Prohibition helped to cement the children’s menu in many restaurants because businesses sought to make up for the money lost when they could no longer serve alcohol. Before Prohibition many bars and taverns that served food would not have even allowed women and children to enter their premises! 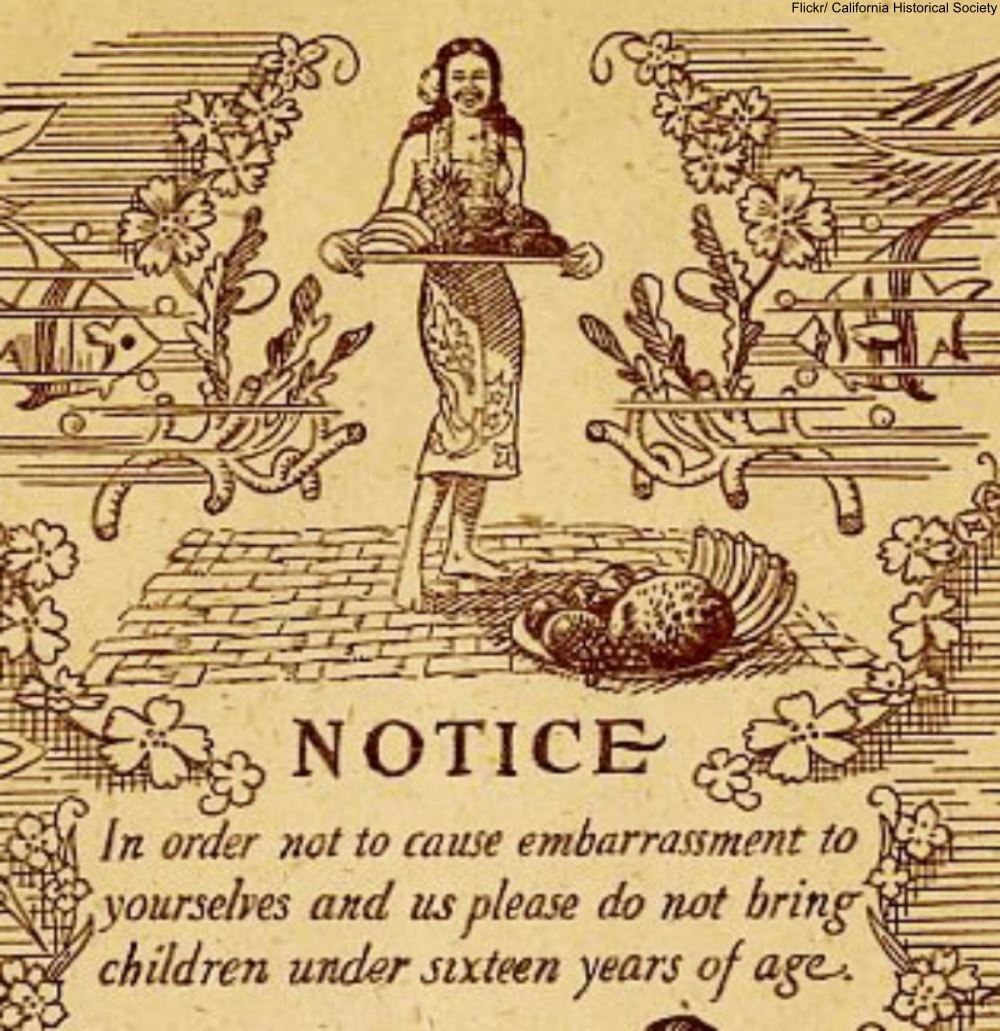 This mid-century Trader Vic’s menu echoes the sentiments of a generation previous – that children inhibit the fun of drinking adults. Via/ Flickr

Seizing an opportunity for growth, hotels and restaurants began to offer children’s menus and parents grew accustomed to the reduced prices of the tiny meals. Two early innovators were Marshall Fields in 1916 and the Waldorf-Astoria Hotel in 1921, each offering carefully-selected menu items for children. 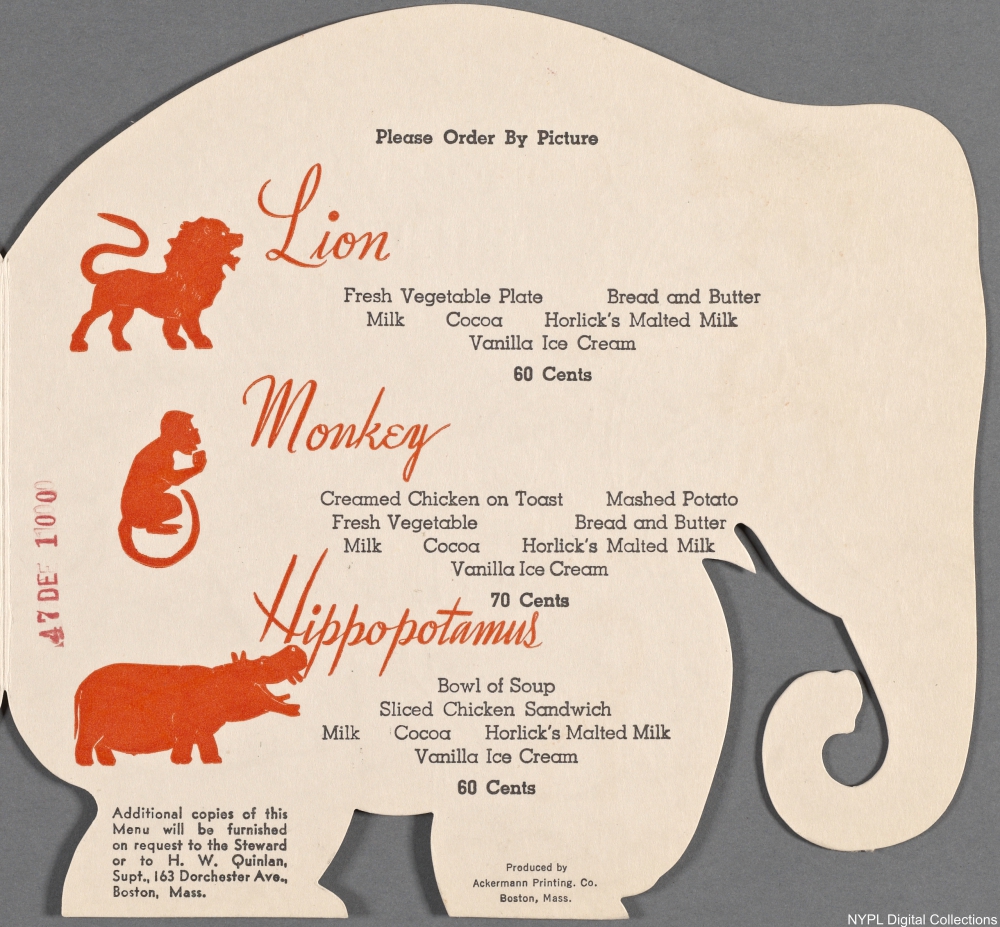 1938 kids menu shaped like an elephant. Via/ NYPL Digital Collections

Click “Next Page” for more of these kid’s menus from the past century!