Karen Carpenter had unarguably one of the most recognizable voices of the 1970s. Paired with her partner, Richard Carpenter, The Carpenters were the group that everyone knew and loved. However, Karen’s eating disorder issues started well before they started performing together. But no one knew.

After selling 100 million records and 17 hit songs, Karen Carpenter’s complications due to anorexia led to her death at 32 years old. 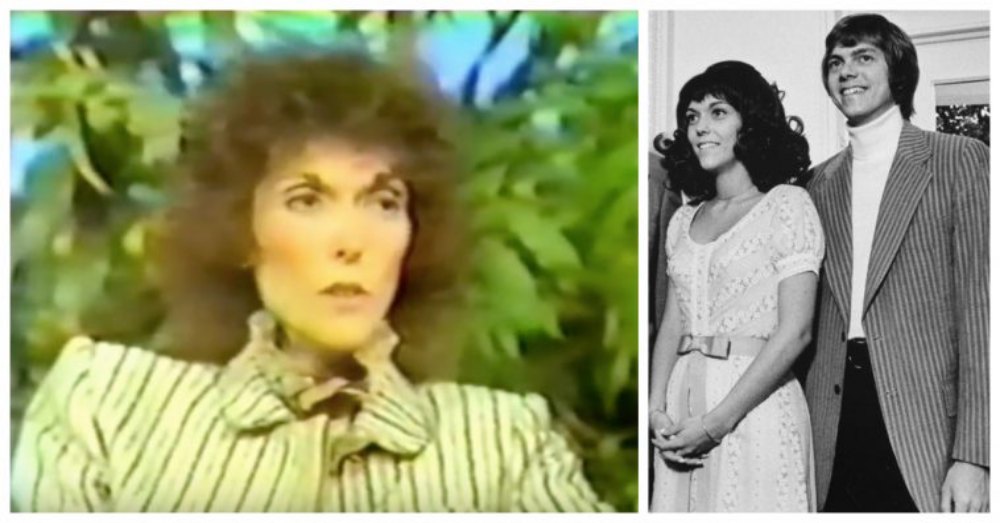 A new book by author Randy Schmidt has revealed the truth surrounding Karen Carpenter’s eating disorder. Karen was deprived of her mother’s affection at a young age due to her mother’s apparent “inability to love.”

When it came to filming the CBS documentary The Karen Carpenter Story, any mention of Karen’s deprived affection was written out. Her mother, Agnes, refused to have the family painted in a negative light for the documentary, thus leaving out the truth.

Karen’s eating disorder began right out of high school. She had been a “chubby teenager” and simply wanted to lose a few pounds. After hiring a personal trainer that ultimately caused her to gain weight, she took matters into her own hands. She lost 20 pounds on her own but unfortunately didn’t stop there.

When she began performing was when her health really took a rapid decline. She didn’t like the way she looked in her stage outfits, thus prompting her drastic weight-loss measures. She would hide in fluffy blouses or jumpers during the day. At night, her stage attire would be low-cut gowns that accentuated her skeletal body. Fans thought she was dying of cancer.

Anorexia was considered a taboo topic back then, as no one really openly struggled with it. Despite that, family and friends tried their best to help Karen. Unfortunately, she kept denying any assumptions that she was ill. Additionally, despite attempts to convince Karen’s parents to take her to a mental health specialist, her parents declined and said psychiatrists were for “crazy people.”

Eventually, Karen did receive treatment for her condition, but she only found new ways to lose more weight. She discovered and utilized laxatives, taking 80 to 90 tablets a night. She additionally was on unprescribed thyroid medication to speed up her metabolism. Once Karen began experiencing complications from her condition, she was admitted to the hospital where she ultimately gained some weight back. However, this was not enough to save her and her body was simply defeated from the years of self-harm.

Check out the last interview ever with Karen Carpenter below.

Marie Osmond Shines In This 1973 Performance Of “Paper Roses”: Click “Next Page” below!