Amidst throngs of West Berliners throwing confetti and ticker tape, President John F. Kennedy’s motorcade traveled through the streets of Berlin in 1963, his welcome announced in the huge public outpouring of people. President Kennedy delivered a rousing speech, full of the kind of historical facts and powerful imagery that he will always be known for. But, years later in the media, the speech would be remembered quite differently. 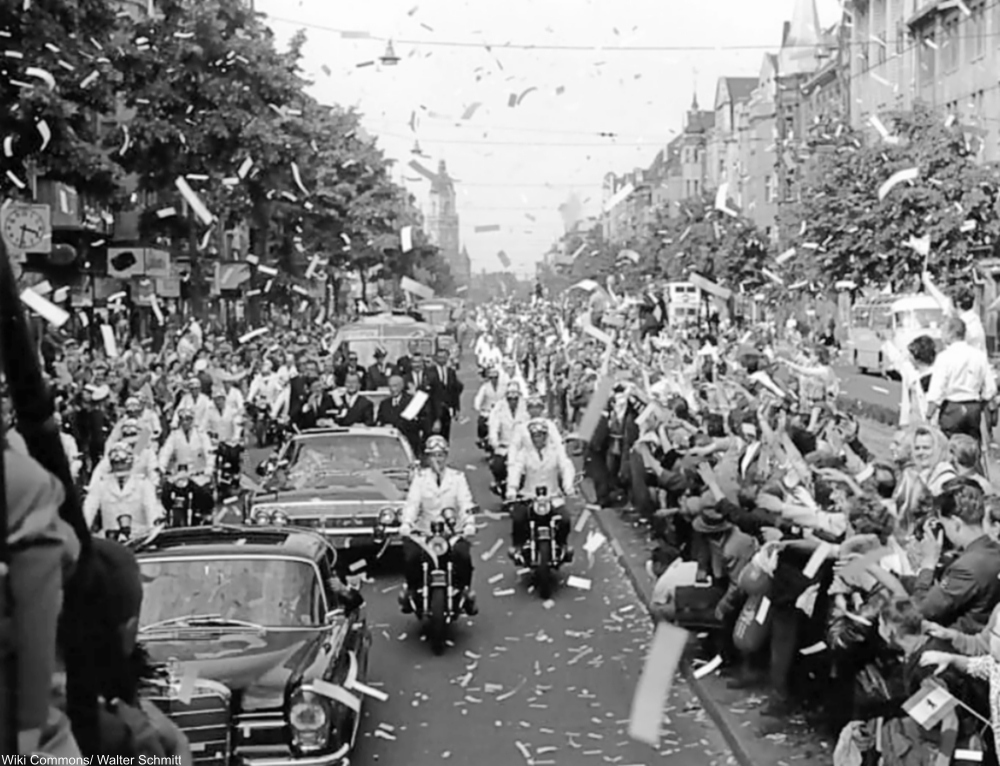 You can hear the crowd cheer when he delivers the line, and they aren’t laughing. Despite what you’ve heard all these years, “Ich bin ein Berliner” is grammatically correct in German. The use of the definite article ein does not turn President Kennedy’s statement into a mistake. The difference is equatable to the difference between I am American and I am an American. The meaning is not dramatically changed in this instance.

So What Is a Berlinger?

The term Berliner for a jam donut from Berlin (a filled yeast donut covered in powderer sugar) was not in common use at the time that President Kennedy gave the speech in West Berlin. Berliners call actually this donut Pfannkuchen, short for Berliner Pfannkuchen. So what is the term Berliners actually used for? You guessed it: someone who lives in Berlin. 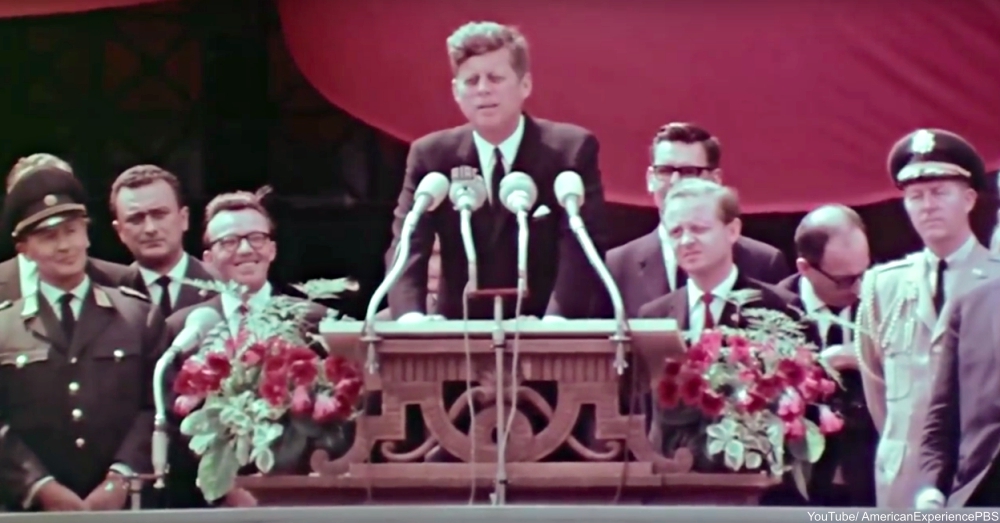 The juicy, yet false story spread through the media in the ’80s, quite possibly because of the 1983 spy novel Berlin Game by Len Deighton in which the supposed gaffe is brought the the reader’s attention. In a blatant example of fake news, reputable media outlets reported that what President Kennedy had really said was that he was a donut.

News publications reported that Berliners had laughed and that they had made confectionary jabs at him using political cartoons, none of which was true. The Berlin Wall, one of the most poignant symbols of the Cold War, had only been in place for 2 years when President Kennedy made his Berlin speech and tensions were still high over how the situation would play out in the coming years. The idea that a bungled phrase on Kennedy’s part would have gone completely unnoticed in such a highly strung situation is not only unlikely, it’s just plain untrue that he ever made that mistake in the first place.

You can hear a portion of President Kennedy’s historic speech in the color clip below.

For some surprising facts about JFK and Jackie click here!