Gorgeous Horse in Germany Walks The City Alone Every Day

After her owners became too old to ride her, they walked her around the Fechenheim district in the city of Frankfurt, Germany. Jenny the horse then got accustomed to the route and now has been taking herself for lovely unsupervised morning walks every day for the past 14 years. People around the city know her and give her treats or pets. She seems to generally trust the people she encounters on a daily basis. 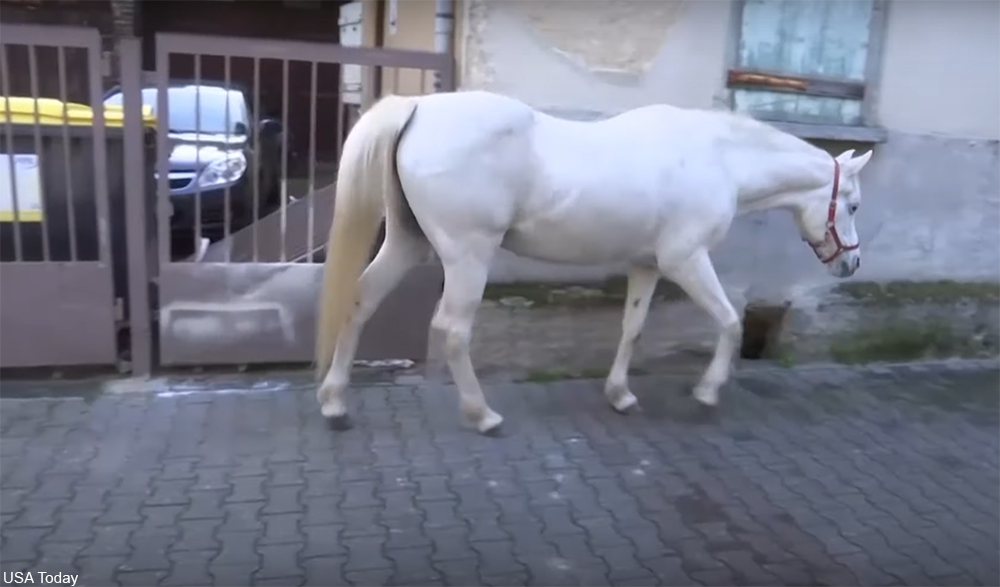 The beautiful white horse is known by nearly everyone, but there are still some concerned phone calls to authorities on occasion. Hence the note which is attached to her bridle that reads, “My name is Jenny, I didn’t run away, I’m just going for a walk. Thank you.” A spokesperson for the local police says that they’ve never had to intervene. Jenny’s veterinarian says she poses no threat since she knows the route and that she “seems very relaxed and satisfied.” 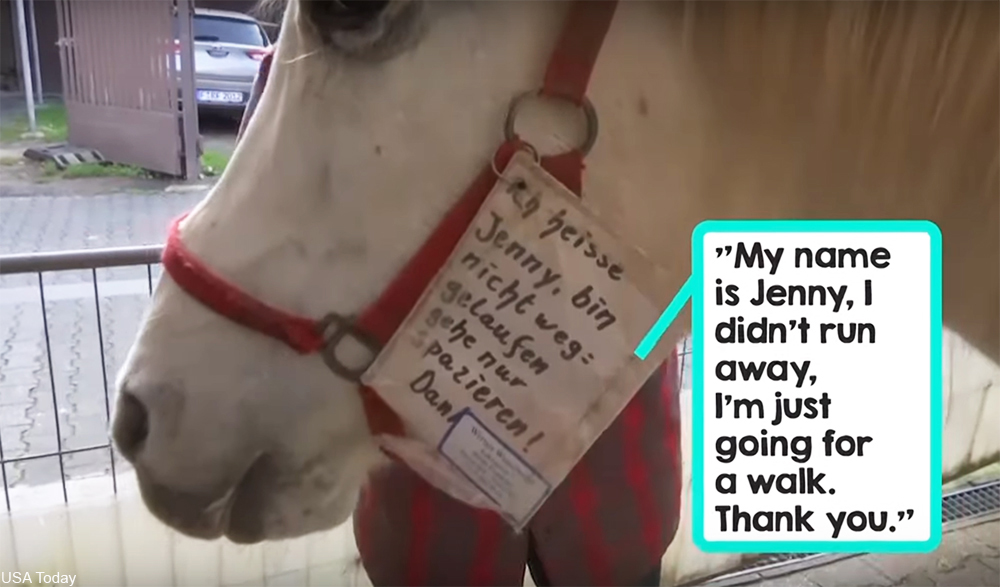 Her owner, Werner Weischedel, says she’s not afraid of anything, which is evident by how she just goes about her daily routine with no problems. He estimates that she walks between 9 and 12 miles every day. Jenny is an Arabian mare who wears a red bridle. Very stylish! Her former walking partner, a mare named Charly, died less than a year ago, but she keeps up her routine all the same.

Have a look at this gorgeous horse on her daily rounds, munching on shrubs and just generally enjoying herself.