Inside a Soviet Grocery Store in 1990

During the era of the Soviet era the rest of the world was largely cut off from what went on within the USSR. Rumors were widespread for many years until the 1980s when reports from visitors shed some light on the situation. Stories of families going without food and clothes and people defecting on a regular basis circulated around the globe. One of the most common rumors was that the grocery store shelves in Russia and other Soviet states were just about bare. 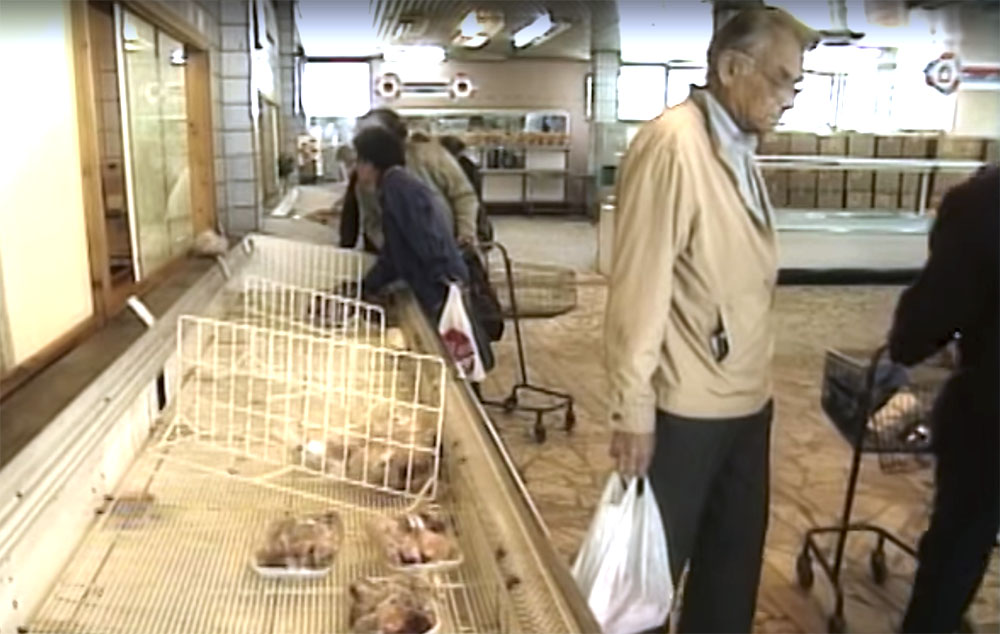 Footage from the era lends credence to that last bit of speculation. During the Russian Revolution in 1917, it is estimated that around 5 million people starved to death. However, even many decades later the supply of food remained untenable, especially in the coldest regions of the USSR. Based on CIA intelligence from 1991, Russia had consistently failed to produce enough agricultural products to feed its citizens for many years.

In 1972 the first of many bad harvests, combined with worldwide shortages of oil and grains, created the yet more panic around food. Again in 1982, the scarcity of certain crops made for a hard year. All this meant that food had to be imported from other countries to make up the difference. 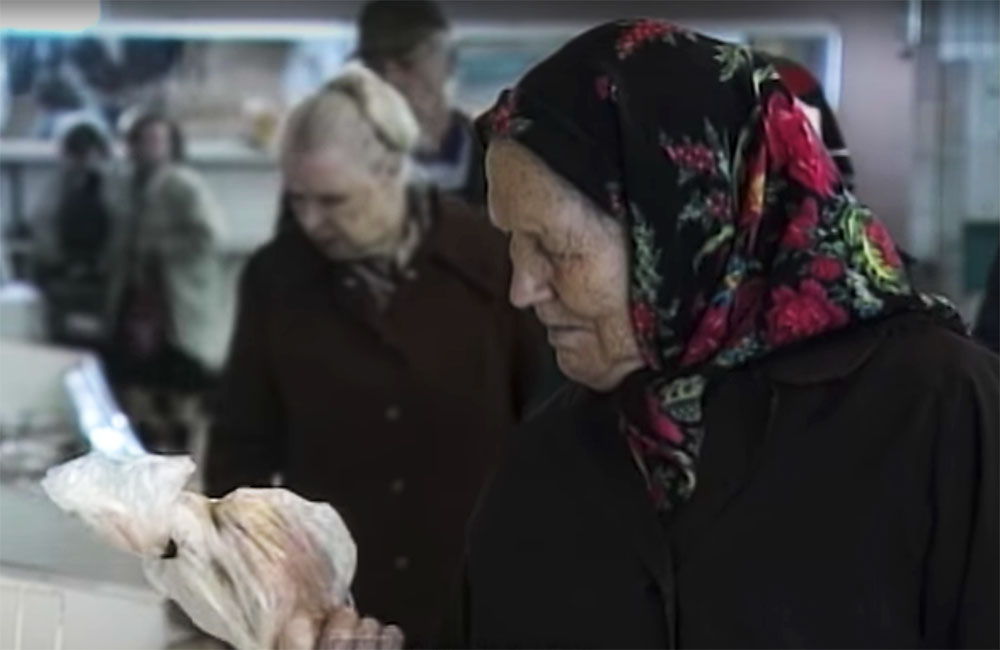 In the early 1980s food was again scarce following a series of poor grain harvests and chronic underproduction in the agricultural realm in general.

In 1982 a plan was launched to increase productivity on farms, called the Food Program. It took almost 2 years to plan and added a lot more bureaucracy to the growing of food. However, the goals of the program were unattainable and by the late 1980s food shortages once again plagued citizens of Soviet countries.

Rations were frequently used to prevent people from buying up all the stock of what little of each product there was, though in some cases store operators could make these sorts of decisions on an ad-hoc basis. 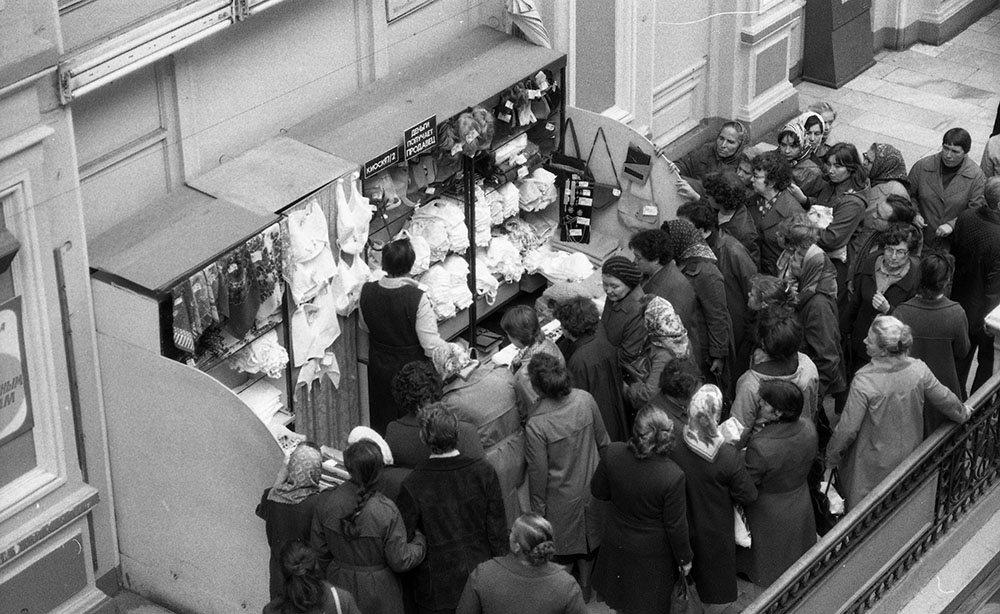 A mob of women trying to buy new stock of lingerie at a stall in Moscow, 1982. Via/ Fortepan

Looking inside a Moscow grocery store around 1990-1991 we can see just how sparse the shelves are. Wire bins hold non-food items in great supply while entire sections of the store, like the meat area, are almost completely empty.

Meat and fish were so scarce that a couple dozen tins of canned meat (or fish) were placed in the cold case along with small amounts of other meat. After the dissolution of the USSR in 1991, the problem got even worse for a time, since the recession of the early 1990s in the newly capitalist regions created yet more problems with keeping the stores stocked. 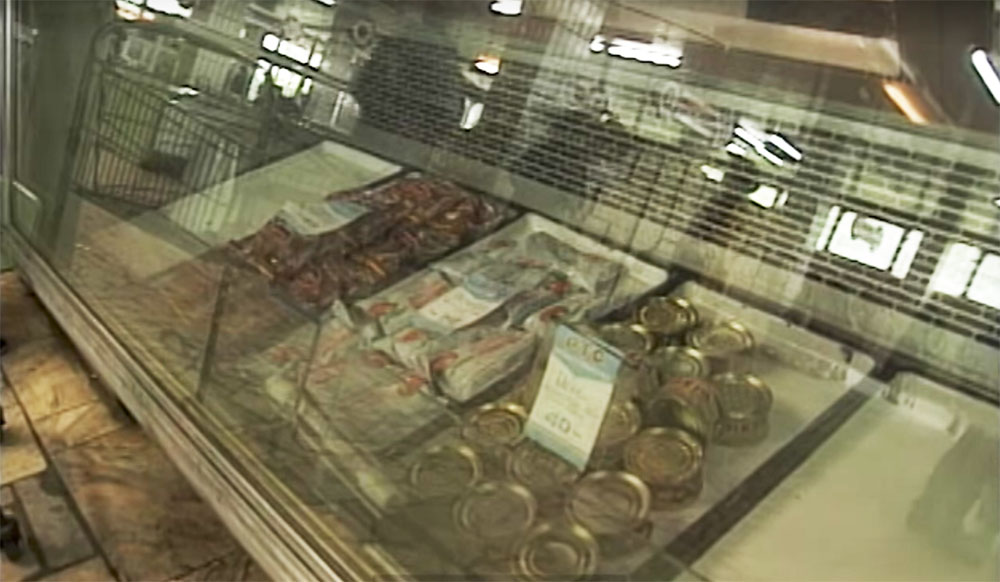 See inside a bleak Moscow grocery around the time of the collapse of the Soviet Union in the video below.