Chichén Itzá is known the world over for its grand Mayan architecture and for the highly developed and yet mysterious culture which was wiped out by the Spanish conquistadors and their campaign of complete obedience. Today, the site is host to millions of tourists each year. And, the number is likely to keep rising since this weaving and winding stone city is now home to a new discovery of artifacts found deep within the caves that surround the most famous “castle” of Chichén Itzá. 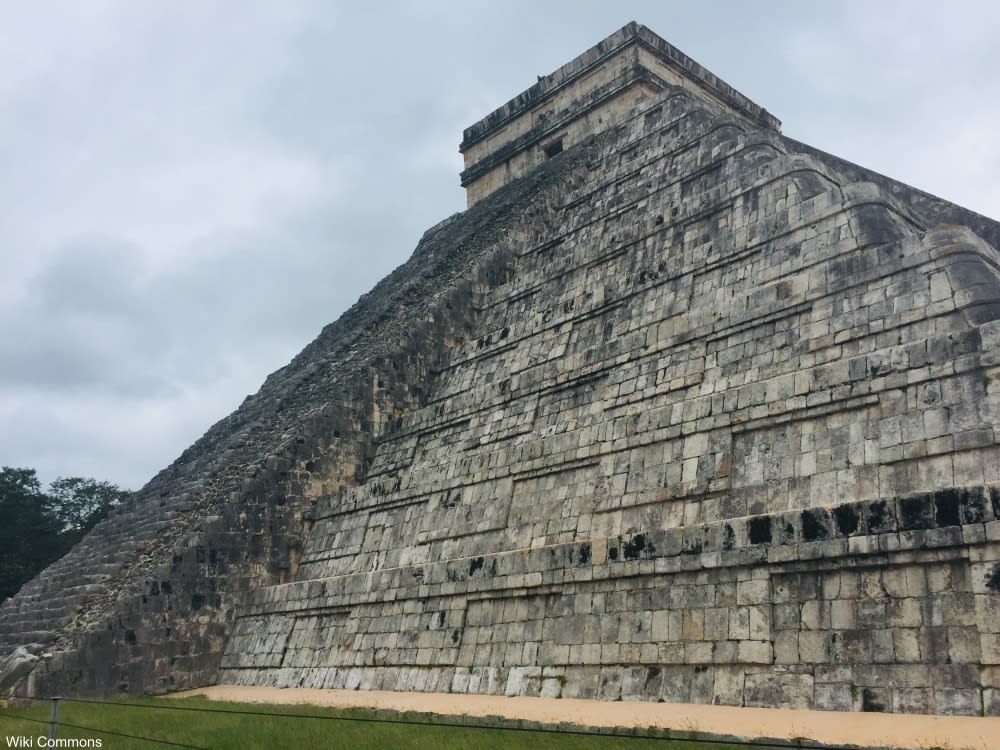 In 2019 it was announced that a completely undiscovered section of cave had been found in the historic site. The contents of this cave are believed to have been placed there between 700-1000 AD, and the cave is only accessible by crawling on one’s belly deep inside the northernmost chambers of the waterways and caves that run underneath Chichén Itzá. Once inside the winding passage, one gets to chambers where standing is possible. 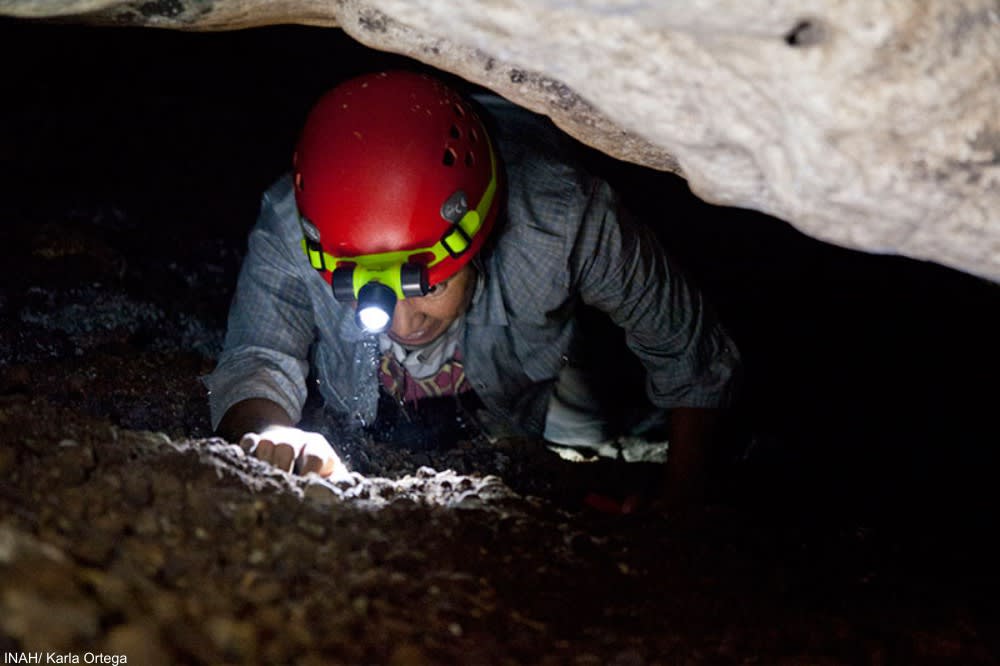 It has been reported that nearby residents had told researchers about the cave 50 years ago, but at the time the leads were not followed. This time, researchers are extensively exploring the underground waterways that were so sacred to the Mayans. The name of the cave Balamkú, which is less than 2 miles from the main pyramid of Chichén Itzá. 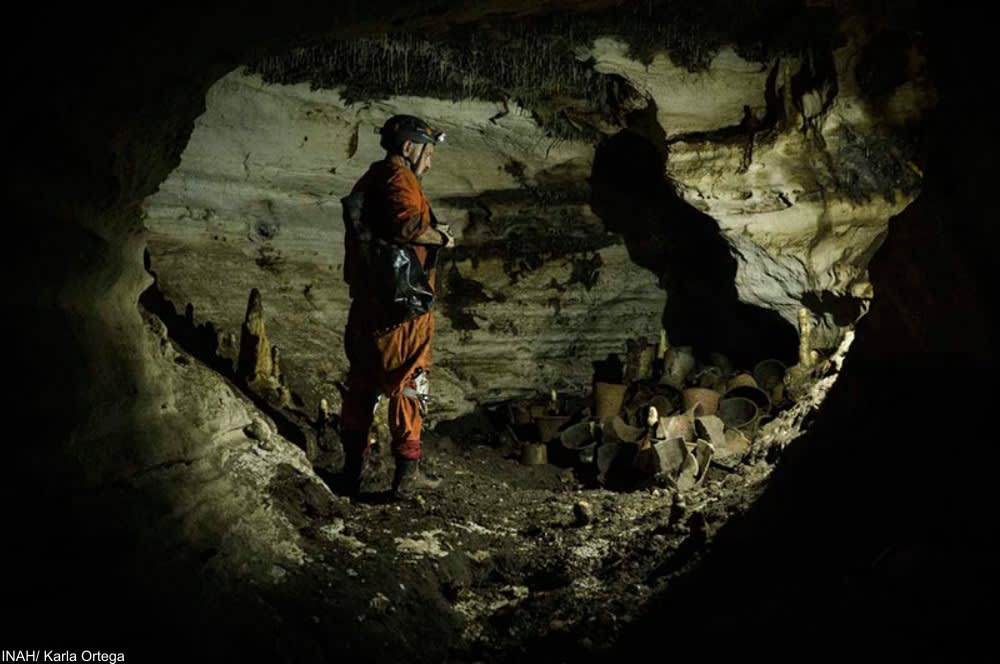 The crew from the Great Mayan Aquifer Project discovered in 2018 via mapping and research that the system under Chichén Itzá is the largest underwater cave system in the whole world.

Working with the National Institute of Anthropology and History (Mexico’s department responsible for archaeology and museums), the two groups have found a wealth of precious objects inside the small chamber. Because the area is so difficult to access, it is believed that these objects were placed there solely for ceremonial purposes. 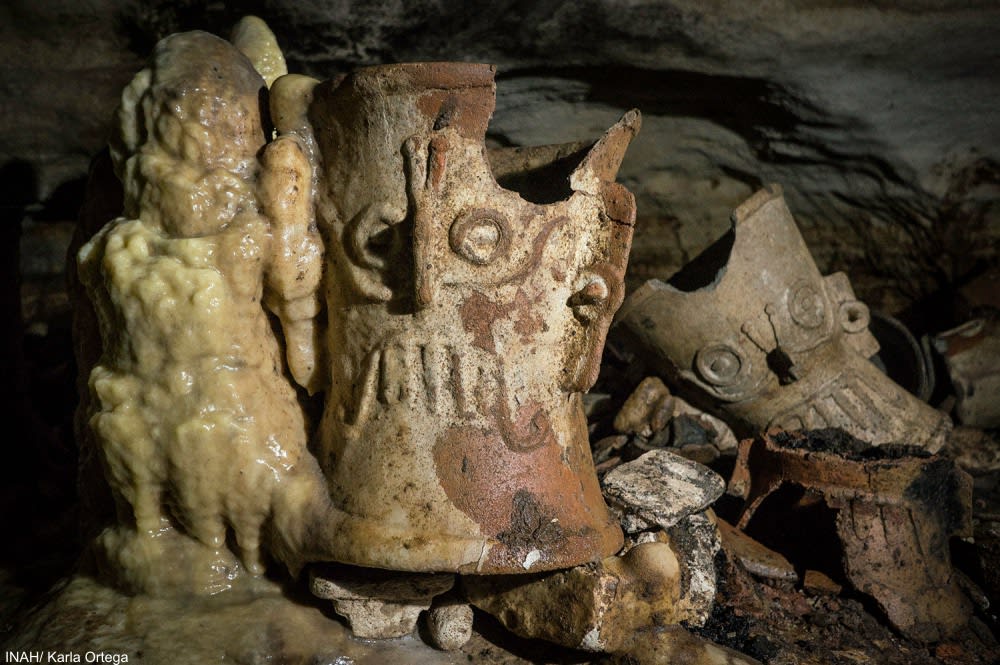 Among the items are carved vessels, statues, and other offerings to the gods, and some 200 of these are representations of Tlaloc – a main rain god of the region. During this period, archaeological data shows a great drought, which the residents were most likely hoping to put an end to with their trove of offerings for the supernatural world. These objects literally show how an entire region prayed for rain. 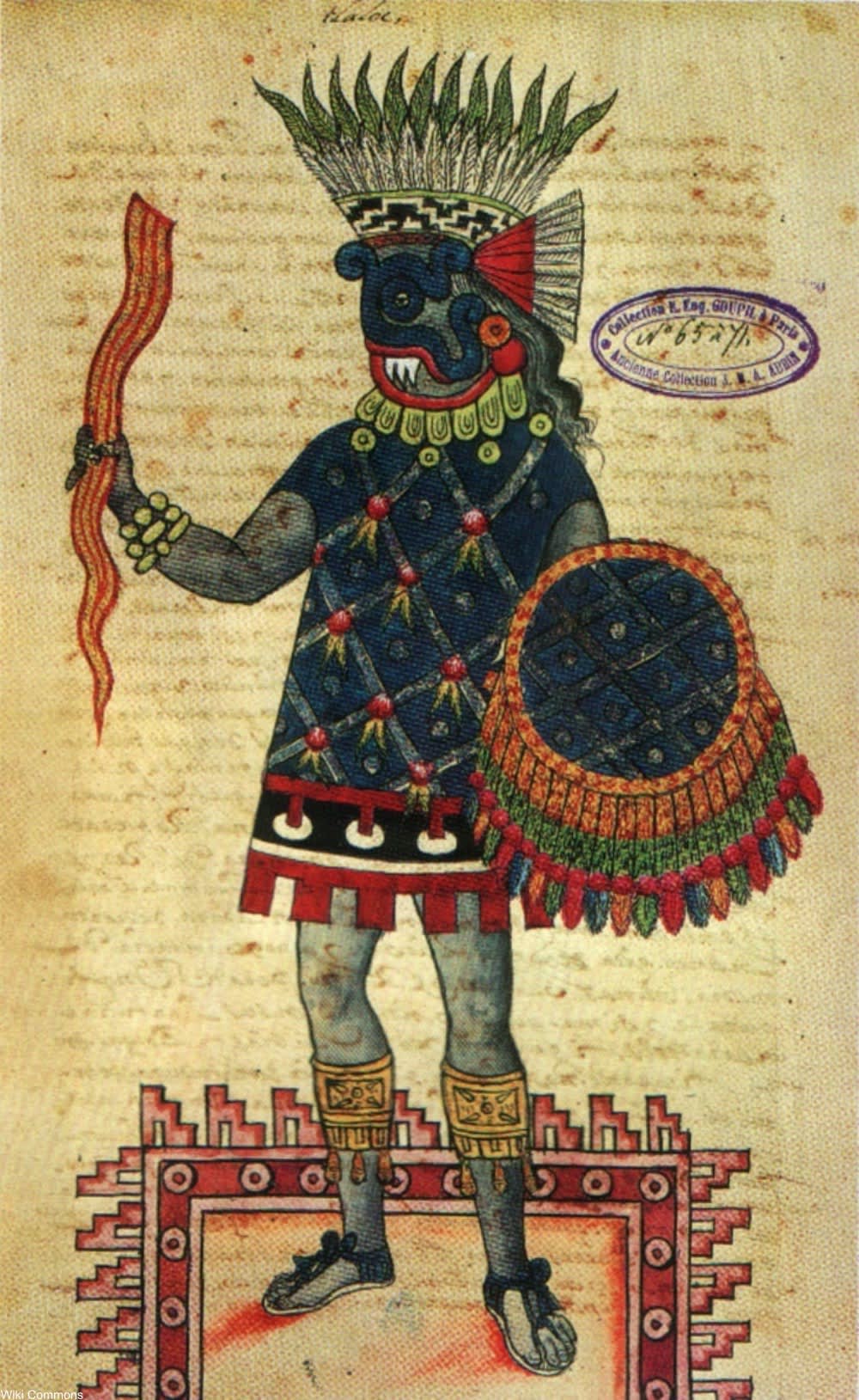 A 16th century depiction on paper of Tlaloc showing the rain god holding a lightning bolt. Via/ Wiki Commons

Many of the objects inside were censers (holders for burning incense), as well as jade, seeds, and other offerings. Some of the sacred items have been fused to the stalagmites that have built up over time. The cave has been completely untouched for centuries and represents an enormous find in the field of archaeology, with Guillermo de Anda of the Great Mayan Aquifer Project calling the discovery “incredible.” 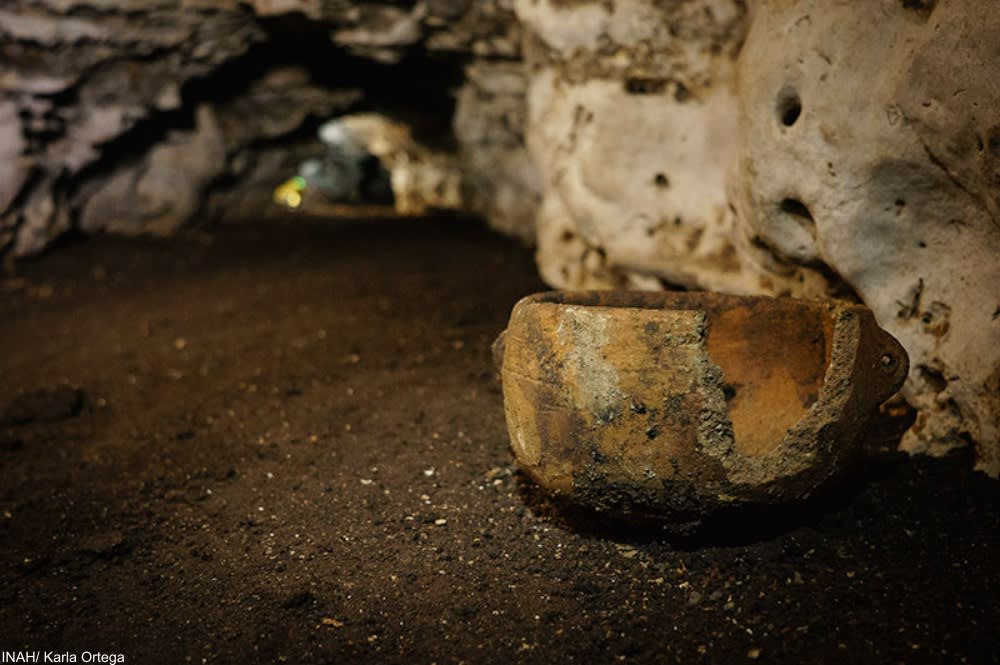 While Balamkú has now been explored, excavation has not yet begun as of March 2019. The National Institute of Anthropology and History says that the first step in this process will be to create a 3D map of the interior of the cave with all its twists and turns.

Mass grave from WWII found in Belarus: Click “Next Page” below!