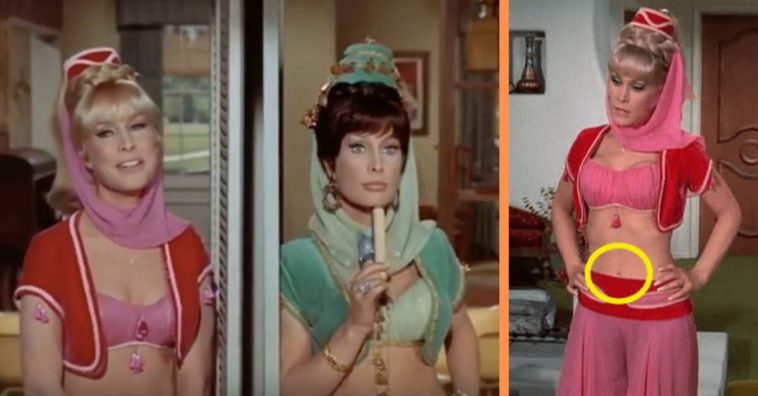 I Dream of Jeannie, starring Barbara Eden and Larry Hagman, was one of the best ’60s shows out of there of its time. It was an American fantasy sitcom that ran from September 18th, 1965, to May 26th, 1970 with new episodes, and through September 1970 with season repeats. The show would ultimately air for 5 seasons and 139 episodes.

Re-runs are still shown on the air today on certain channels! Were you a huge I Dream of Jeannie fan? Here are 10 details from the show that you might have completely missed back then. 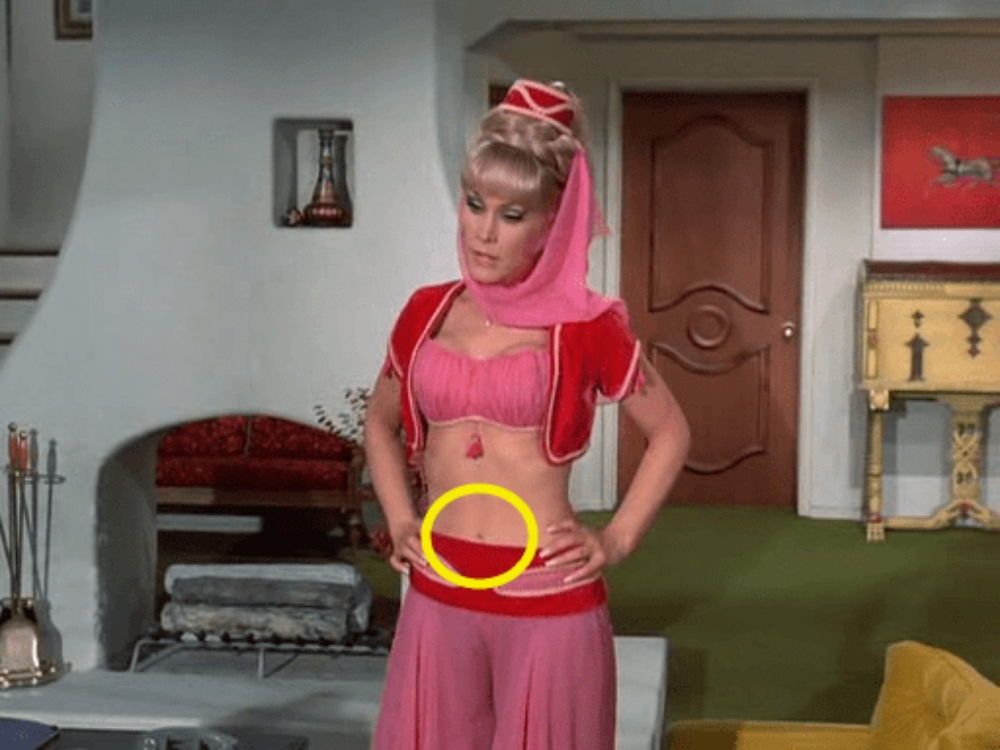 Eden was actually pregnant when the series began. And since she was the starring role of Jeannie, all eyes were on her! But she did a great job and covering it up for the first 10 episodes of the series. She would even dress herself in more conservative-wear to hide a big baby bump! 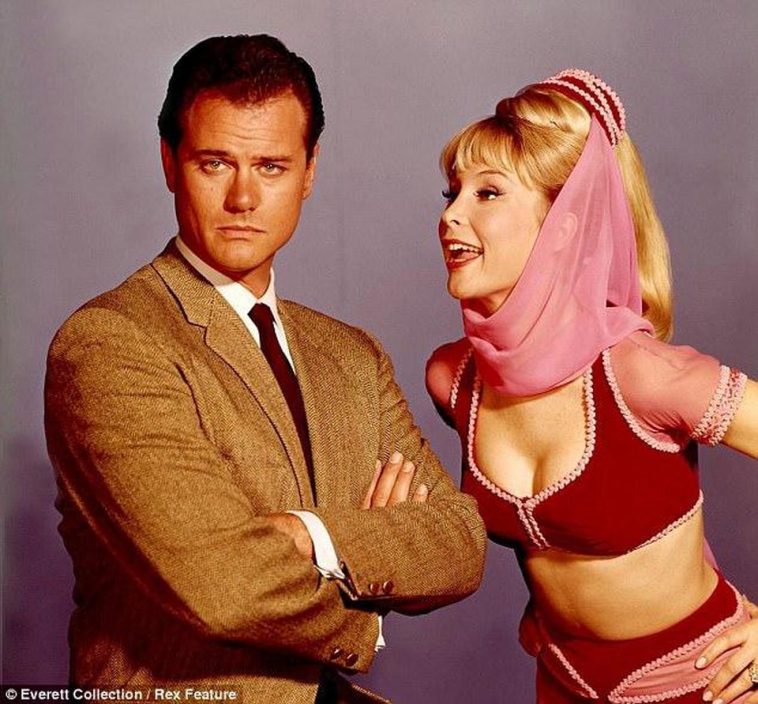 Producer Sidney Sheldon had a very specific image for his Jeannie, and he didn’t want her to be blonde. However, many unsuccessful auditions later, he got in touch with Barbara Eden’s agent and suddenly, Jeannie became a blonde! Sheldon never looked back from that decision, and it obviously paid off big-time!

Hagman suffered from pretty severe anxiety and this would often interfere with his performances. At one point, he had to get prescription medication from doctors to alleviate some of his nerves. He allegedly also thought that he was coming in second to Eden, so it’s hard to tell whether his nerves came from true anxiety or just jealousy. However, Hagman would later resort to drinking and eventually needed a liver transplant after a diagnosis of liver cancer. 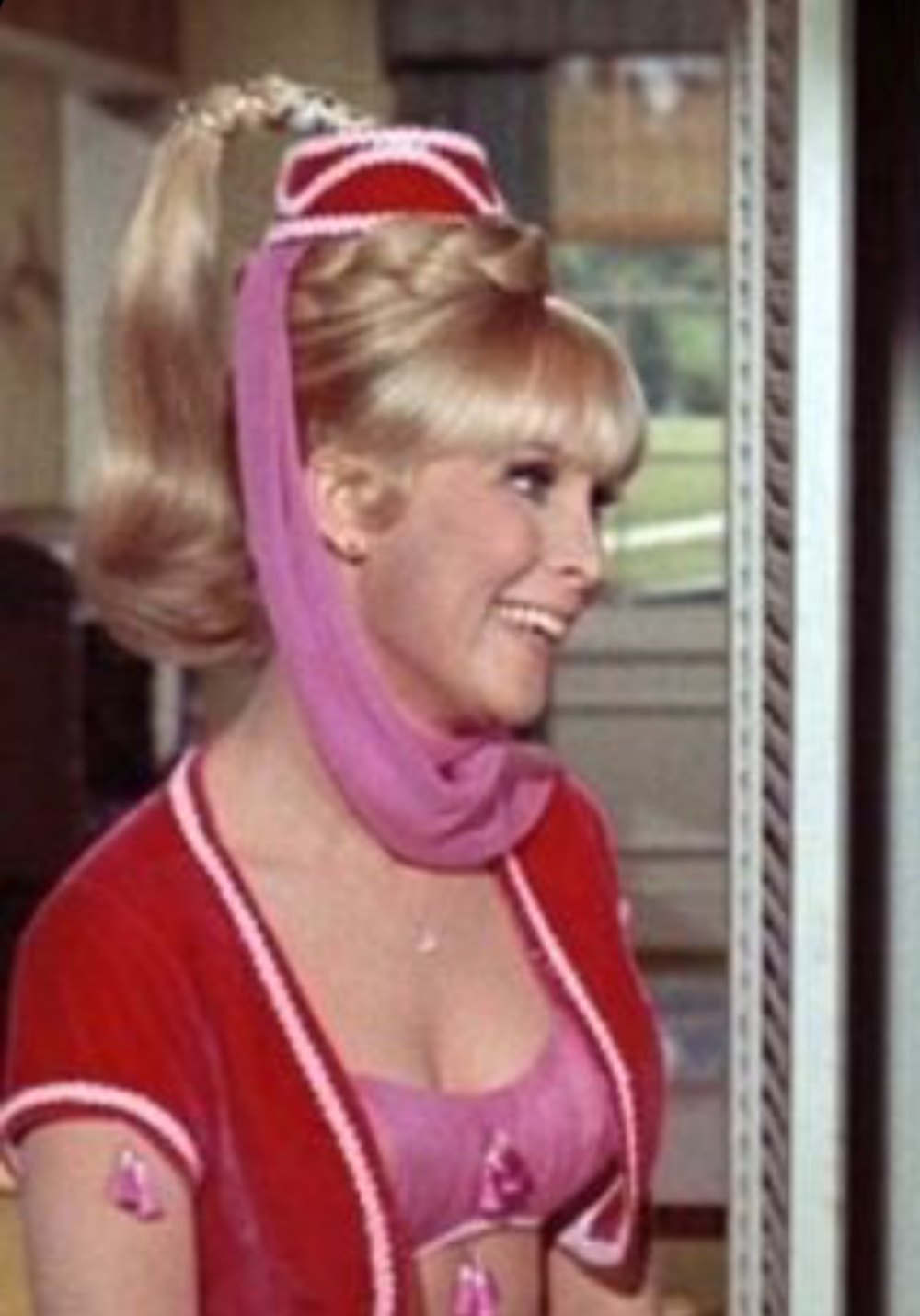 Many female fans would spend hours trying to get their hair exactly like Jeannie’s! However, most of the hair wasn’t even that real. Eden’s hair was plaited back and her fringe combed to the front before artificial hair was placed on her head, according to ScreenRant. It allegedly took up to 3 hours to get Barbara’s hair just right! 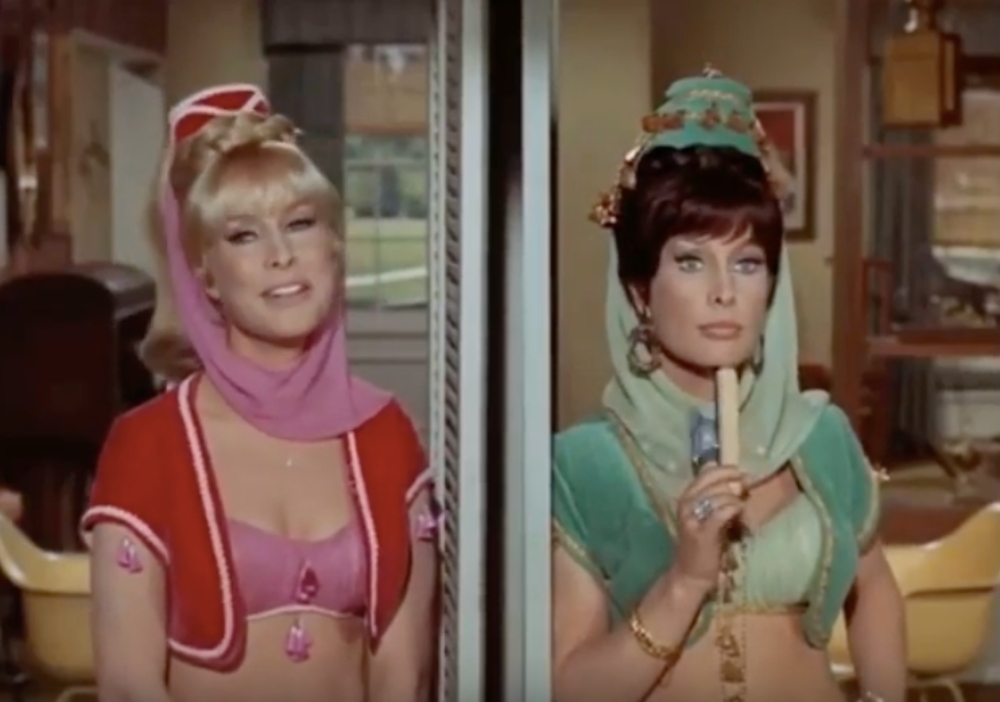 You may recall the episode in I Dream of Jeannie where we’re introduced to Jeannie’s evil brunette sister, who went by the same name! Fans may have not noticed that it was actually Eden playing both roles at the same time. She was so convincing at playing two roles that were complete polar opposites! 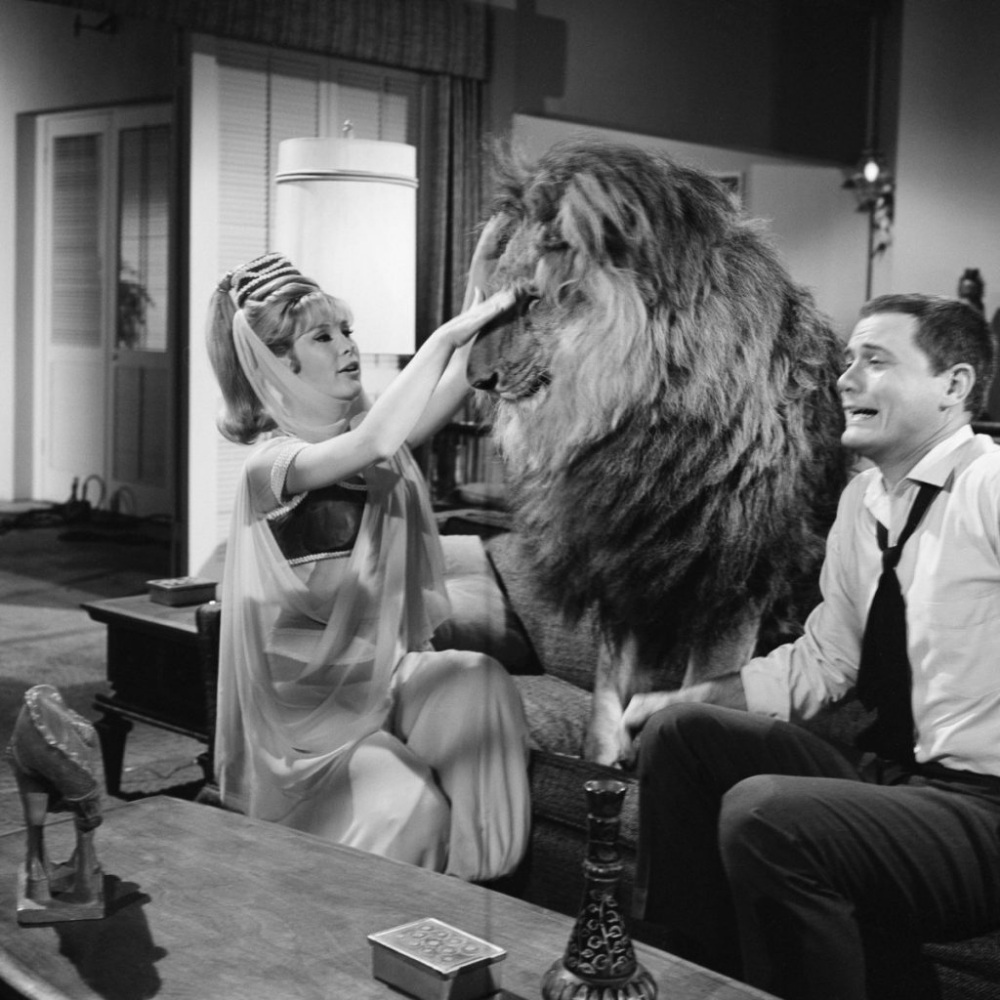 Eden was also a lion whisperer, too! In one of the episodes, there was an actual lion used in one of the scenes (even though it didn’t have any teeth)! Eden says she’s had experience with animals on set. She even taught her co-stars to sit still and just let the lion smell them. This established trust and soon everyone was able to pet the lion to ensure everything was just fine and they were not a threat!

7. Hagman was allegedly really rude and difficult to work with 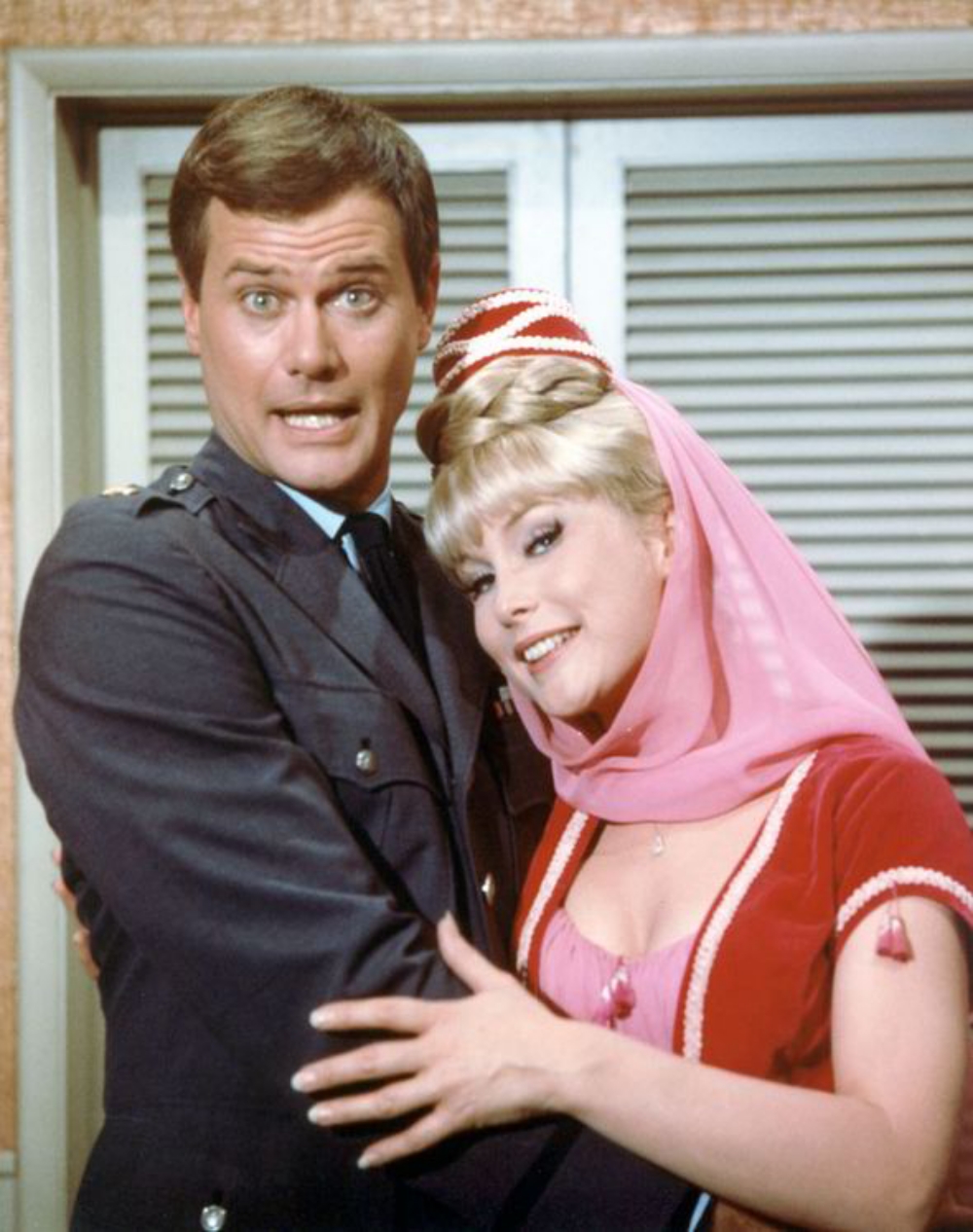 There were a lot of rumors that Hagman was allegedly very rude onset to other actors. He was said to have irritated guest star Sammy Davis Jr. so much that he swore and complained to Eden. According to ScreenRant Hagman became so irritated with Eden’s success that he showed up in a gorilla suit one day to scare off a group of nuns visiting the set. What makes this even scarier? He was holding an ax. This irrational behavior is likely from all the drinking he was doing during the process of filming. Yikes! 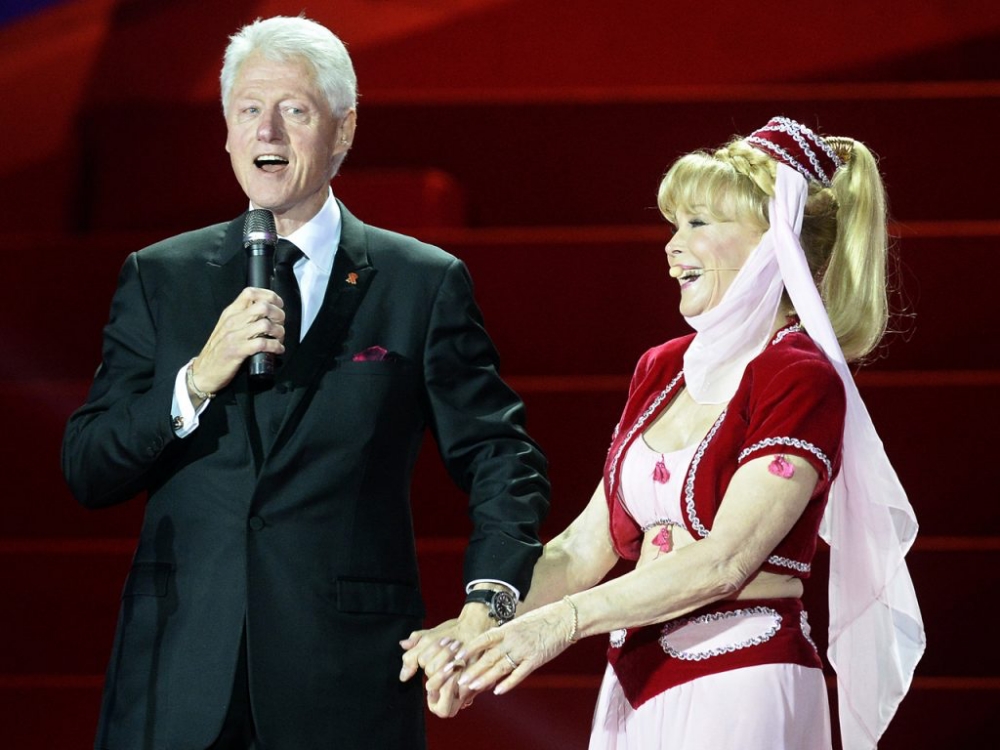 Eden revived the Jeannie costume at 78 years old when she met former President Bill Clinton. It was for a charity gala event in Vienna, Austria. If you take a quick look, she looks exactly the same as when I Dream of Jeannie was actually on the air with new episodes! She looks amazing there, even at 78-years=old.

The End of I Dream of Jeannie / NBC

When the series closed, the bottle that Jeannie uses is thrown and broken. This would mean that this is the untimely end for the series. However, diehard fans would be happy to know that there were many different versions of the bottle used in the series! Eden took home the main bottle used for filming the final episode of the series. The other original bottles were kept by Bill Daily and Larry Hagman.