This story originally appeared at Spotlight by Cedric Jackson. 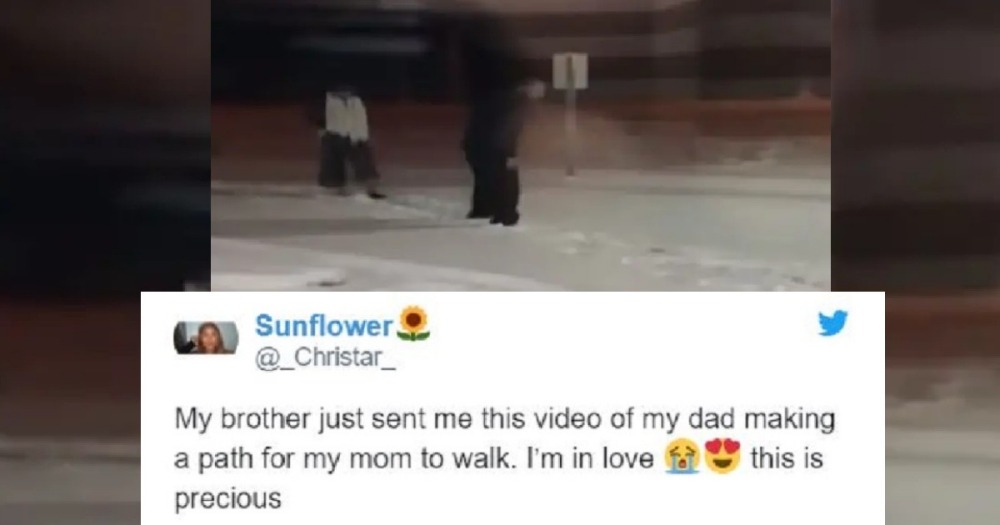 For a lot of people who feel bored, they log onto the internet to watch videos. Especially those that have gone viral, they’re a great form of entertainment. Some of the best ones show people trying to maneuver their way around snow and ice. They slide, slip, and fall…then we laugh.

But, once in a blue moon, this type of video goes viral for a different reason. Instead of being something that’s funny, it’s sweet and even a bit romantic. One particular video involves a woman from New York. For whatever reason, she decided to walk in the snow while wearing high heels. We all know that’s a recipe for disaster.

What happens next is the reason this video is so sweet.

Coming into the camera frame, you see the woman’s husband doing something that a lot of men would never do. He clears a path so his wife won’t fall. Nope, he doesn’t have a snowplow on his truck or a shovel. Instead, he uses nothing but his feet. 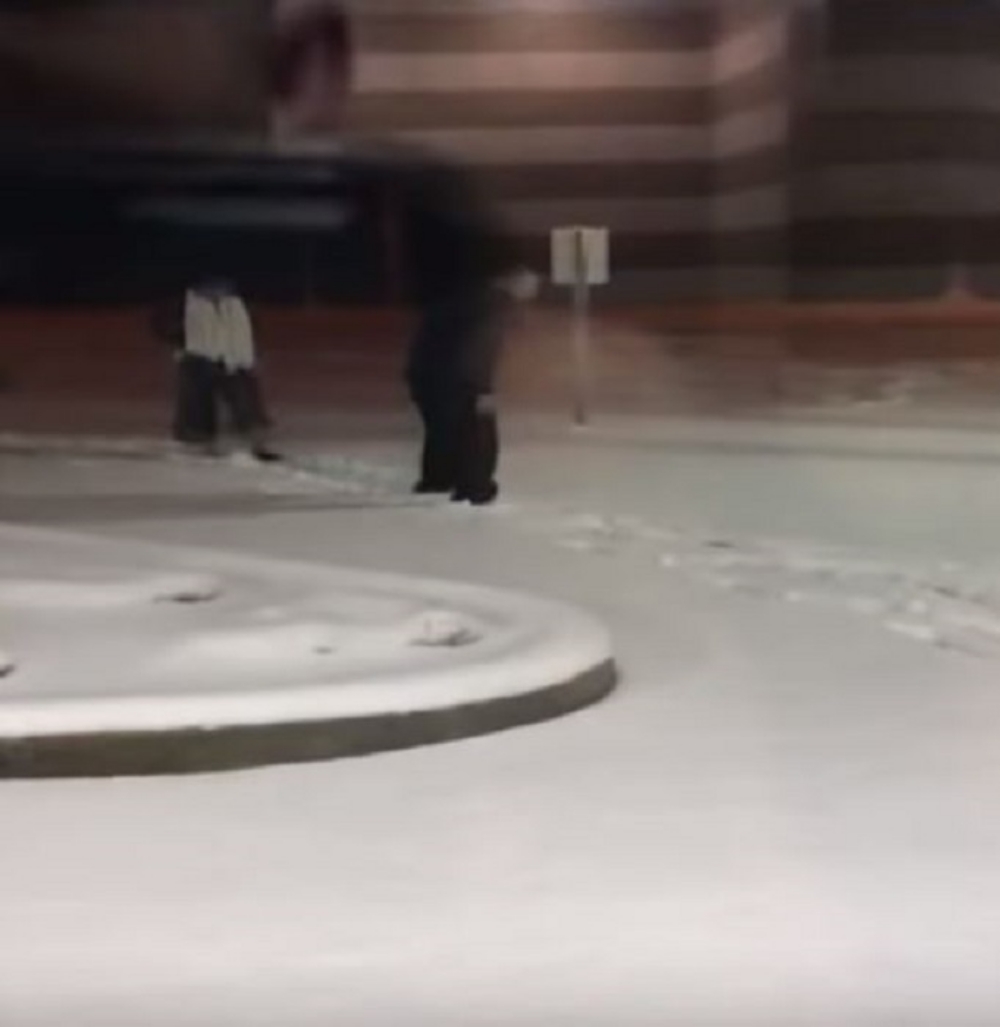 As he clears a path his wife slowly follows.

If you’ve ever visited or lived in New York, you know the winters are hard. Along with cold temperatures, this state receives a significant amount of snow. So, trying to use just your feet to clear a path is no easy task. Yet that’s what this husband did for the woman he loves.

How did we get so lucky for this video to come out? 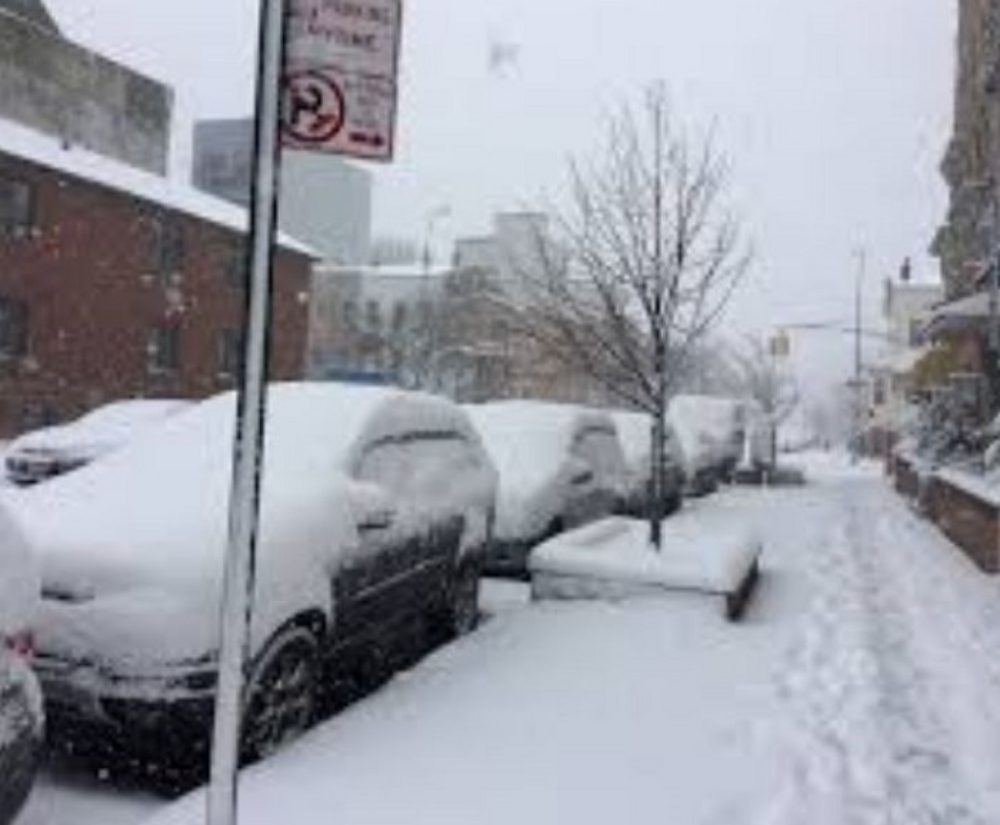 The couple has a son and daughter. It was the son who sent a copy of the video to his sister. She then posted it on her Twitter account, saying, “My brother just sent me this video of my dad making a path for my mom to walk. I’m in love this is precious.” And they say chivalry is dead. Not according to this man’s actions.

Inch by inch, this man works to make a path so his wife won’t fall and get hurt. Now I’m not saying that husbands are inconsiderate but this one went above and beyond for his true love. There’s no question he also made his kids proud. What a fantastic example to set. Hopefully, others will feel inspired to do something like this for the women they cherish. 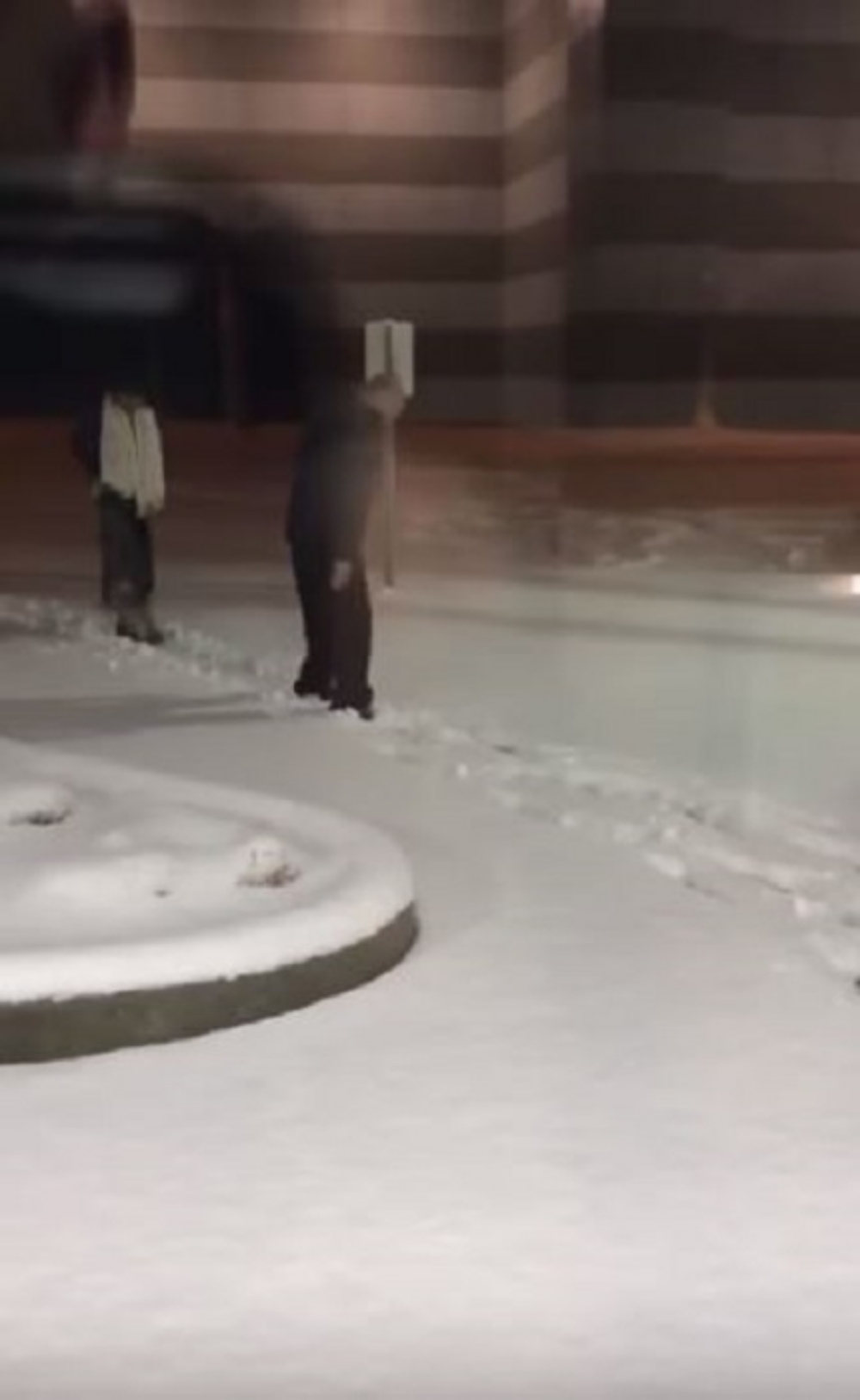 Once the video was posted and shared on social media, it didn’t take long before people went crazy over it. Remember, this is more than slushing through deep snow. It’s also about working in freezing cold temperatures. Not once did this husband hesitate to do what was right. 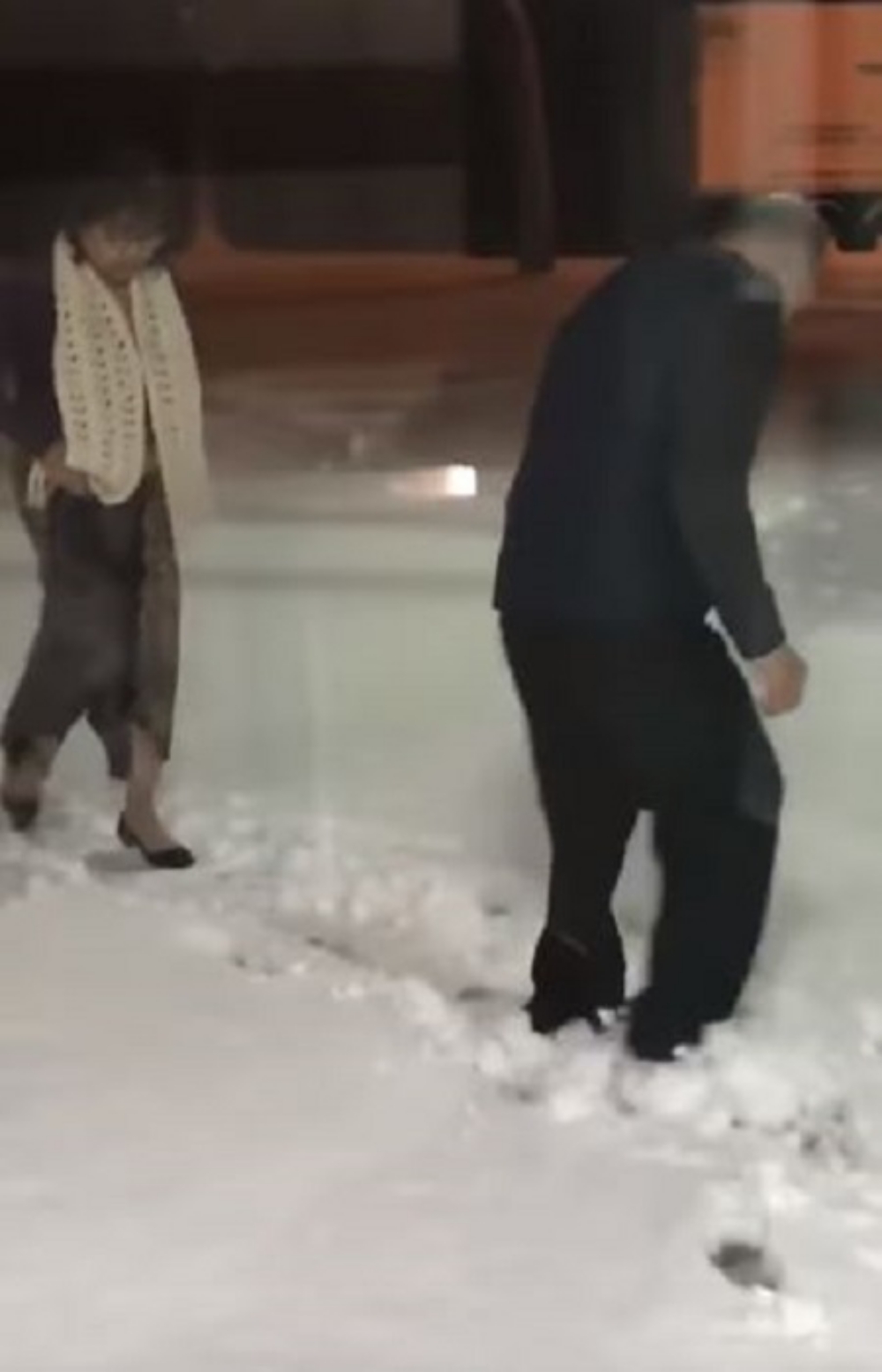 Okay guys…if your wife sees this…you might need to step up your game. Otherwise, you may never hear the end of it. Besides, it’ll make you feel great about doing something special for your significant other. 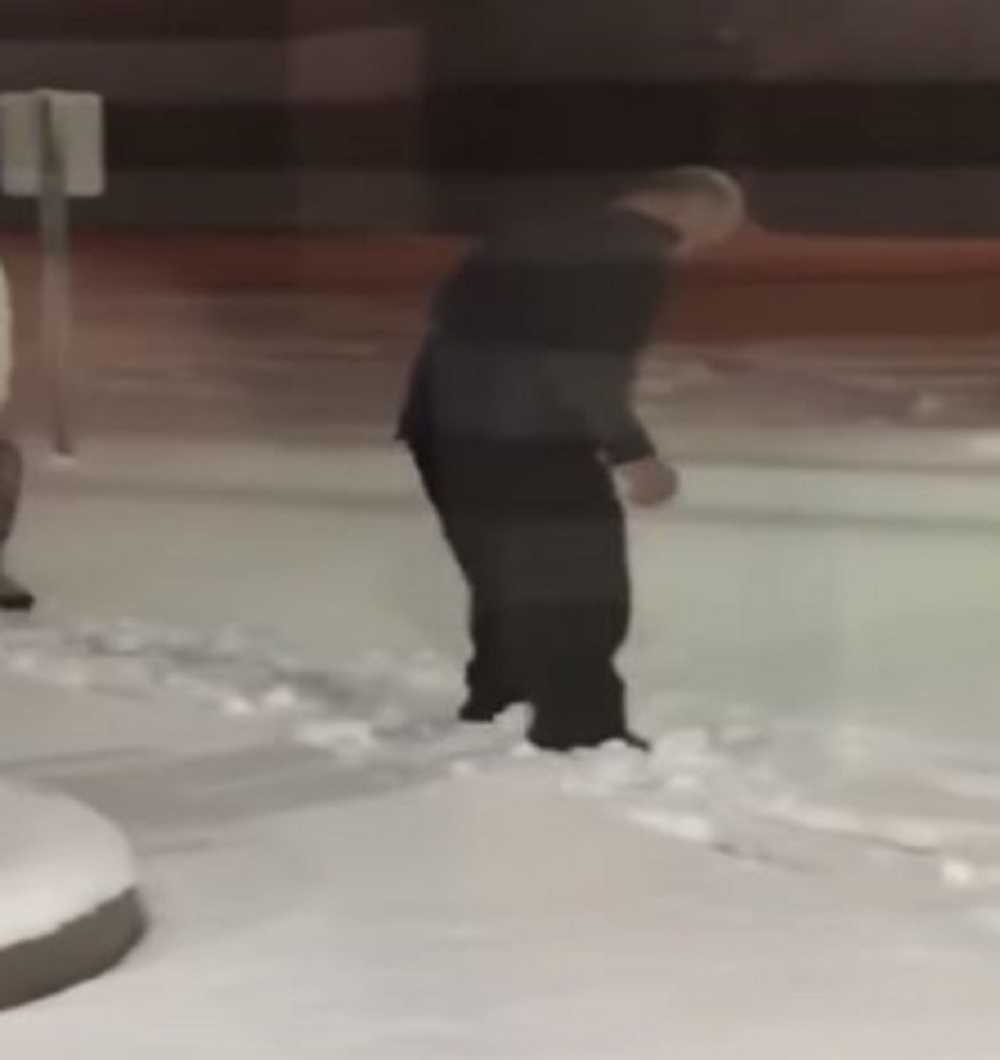 Even if she doesn’t see the video, you can make a lasting impression or perhaps put a fight to rest with one simple act. Just remember to clear the path using your feet. If not, it doesn’t count. You’ll get bonus points for that.