Why The Honeymooners Apartment Was So Bare

There are many theories as to what makes The Honeymooners such a classic show. One thing that many of us love about Ralph and Alice Kramden is that they have no airs to put on. They don’t have much money and don’t aspire to have anyone else think that they do. But, looking back on their small apartment, it’s hard to imagine living there. The walls have not one scrap of art, there is minimal furniture, and despite Alice’s constant cleaning, the apartment seems to have an ever-present grime covering the walls. But, in the episodes where we get to see Ed and Trixie Norton’s apartment it becomes plain that there is a huge difference in how the two couples live. So, why was the Kramden’s apartment so much crummier than the Norton’s? 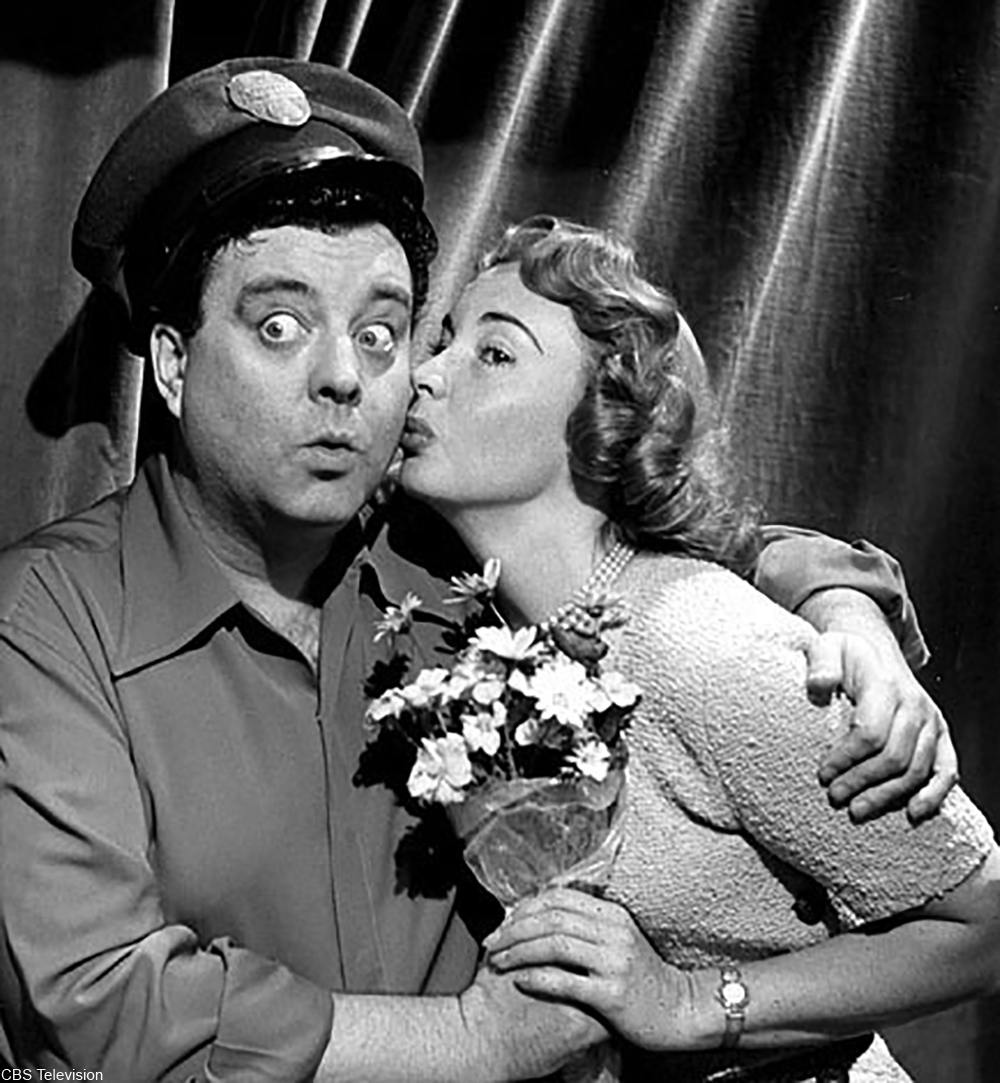 Over the years many people have tried to figure out why the two apartments were so different. While some have speculated that the whole building was a run-down tenement with a shared bathroom on each floor, we know from various episodes that they do in fact have their own bathroom, as do their neighbors. So, it isn’t the worst building in NYC in the 1950s at least. But, still we are well aware that this isn’t some luxury building. Even so you’d expect a housewife with as much grit and style as Alice to keep a slightly more welcoming home.

In the course of the show we learn that, despite their different professions, Ralph and Ed each make the same amount of money: $62 a week. This is around $600 in today’s cash, which means that each man was making just under $31,000 gross per year. This isn’t a ton of money today and it’s doubtful that many families could live well in New York City on that yearly amount. However low that amount is, it doesn’t explain the difference in the two couples’ apartments. 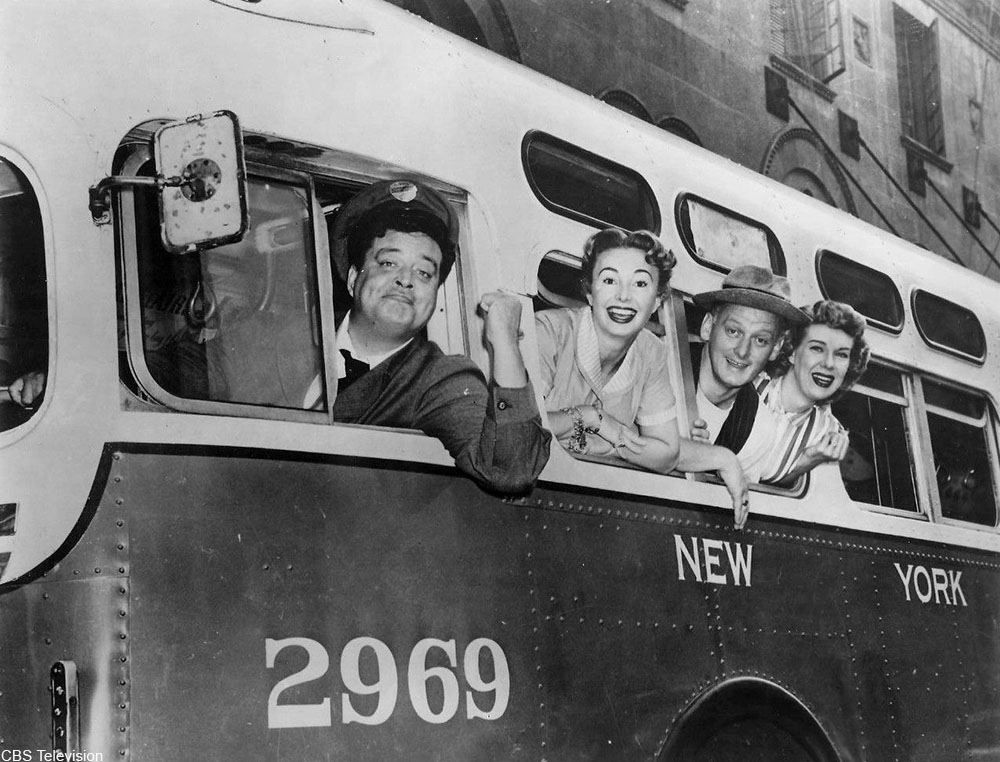 The Kramden’s apartment features a checkered tablecloth in the all-purpose kitchen/dining/living room and a solitary metal footed candy dish on the dresser that serves as a sideboard. That’s all the adornment the whole apartment has. Contrast that with the Norton’s and the differences are quite stark.

The Norton’s have fresh wallpaper, vibrant curtains, and a more modern kitchen. The Norton’s apartment looks much more like the Ricardo’s place on I Love Lucy, with a framed Chinese dragon on the wall of their bedroom. They even had a telephone long before the Kramden’s ever got one.

The Kramden’s kitchen looks like something from the 1920s, with a tiny and inefficient icebox instead of a fridge and an old-fashioned stove on four legs that could have been in a museum even back then. Is this difference because of the how the two couples spent their money? We know that Ralph doesn’t drink and while Alice is dressed nicely, her clothing is not at all expensive, so this seems an incomplete explanation. 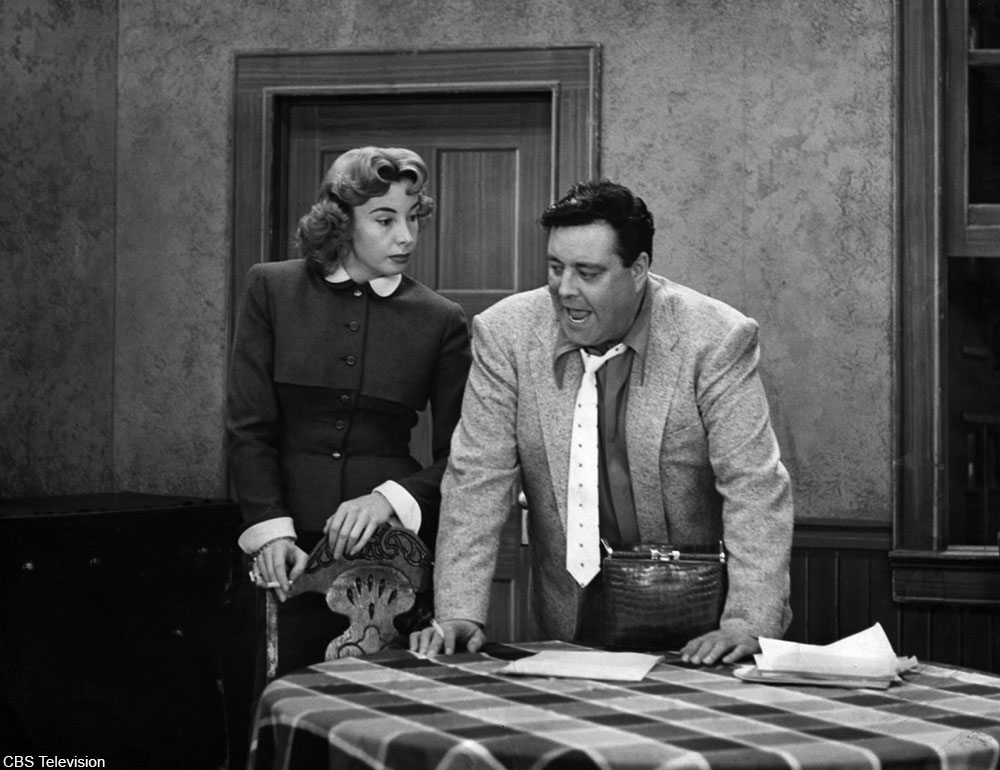 What becomes clear over time is that Alice is much better than Ralph at saving up money, despite the fact that he balks at having to spend money on even basic appliances and utilities. In multiple episodes Alice is the one who saves the day with her savings (pun intended). Ed Norton also is depicted as being able to save money up, although he also is said to have 19 different charge accounts. The latter fact may be one reason why his apartment looks so much nicer.

However, there is another theory circulating as to why the Kramdens live like they do. Jackie Gleason, who famously played Ralph Kramden, was the creator of the show, as well as a writer, production manager, and served as a producer for more recent TV specials of The Honeymooners. 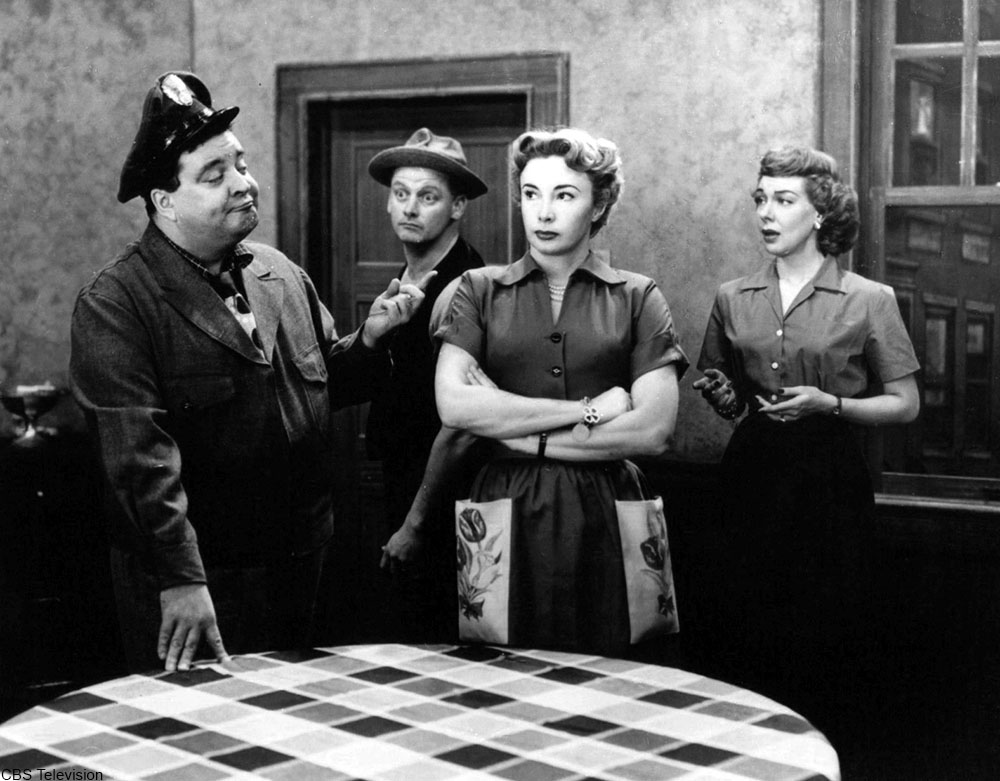 Gleason grew up impoverished in New York City in the 1920s, his mother struggling to make ends meet after his father walked out on the family. She worked as a subway attendant, the transit theme running through to Kramden’s job as a bus driver. However, she would have made considerably less money as a woman in a lower paying job and 30 years before Kramden.

According to blogger, Vitamin Fred, the reason for the crummy apartment may have been that Gleason was projecting parts of what his own painful childhood must have been like growing up in that tough situation onto the show. 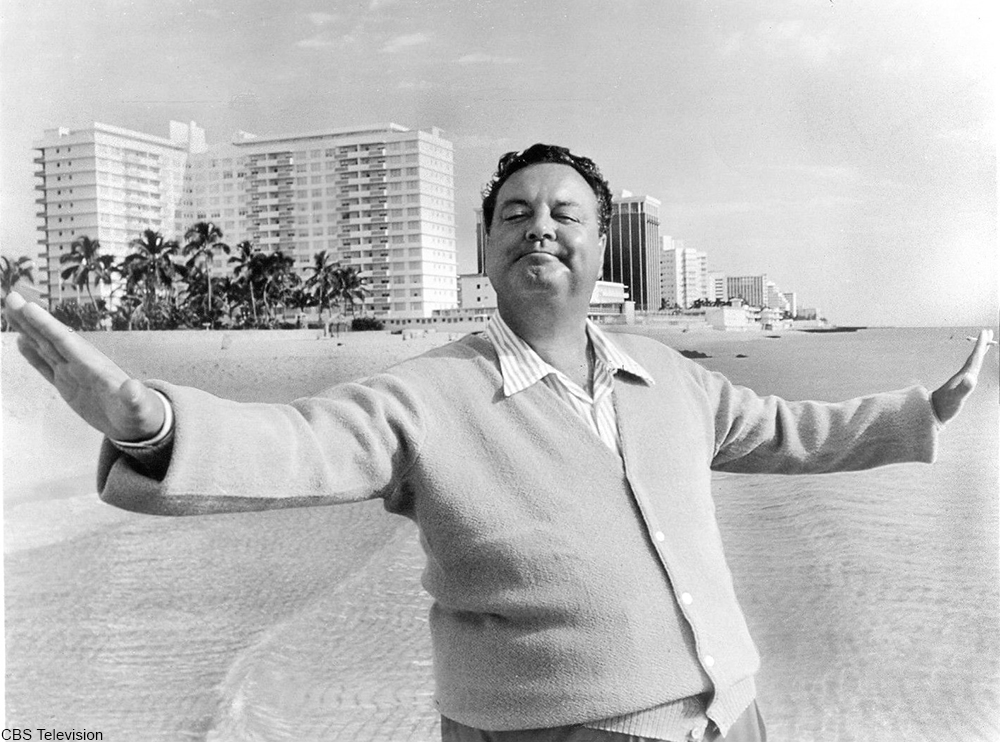 This would explain why everything is so bare and outdated in the Kramden’s apartment. If this theory were true it would meant that, even as much as he clearly loved the show, that he put more into The Honeymooners than we will ever know.

You can see the contrast in the two apartments in the clip below.