How Home DIY Has Changed Over the Years

Walk into any hardware store today and you’ll be bombarded with every kind of DIY project imaginable from faux stucco to custom closet hooks to a whole aisle of drawer pulls. But, back in the old days our parents did not have this kind of choice in home decor or DIY and the personal touches they added came from a different set of skills altogether. See just how much home DIY has changed over the years. 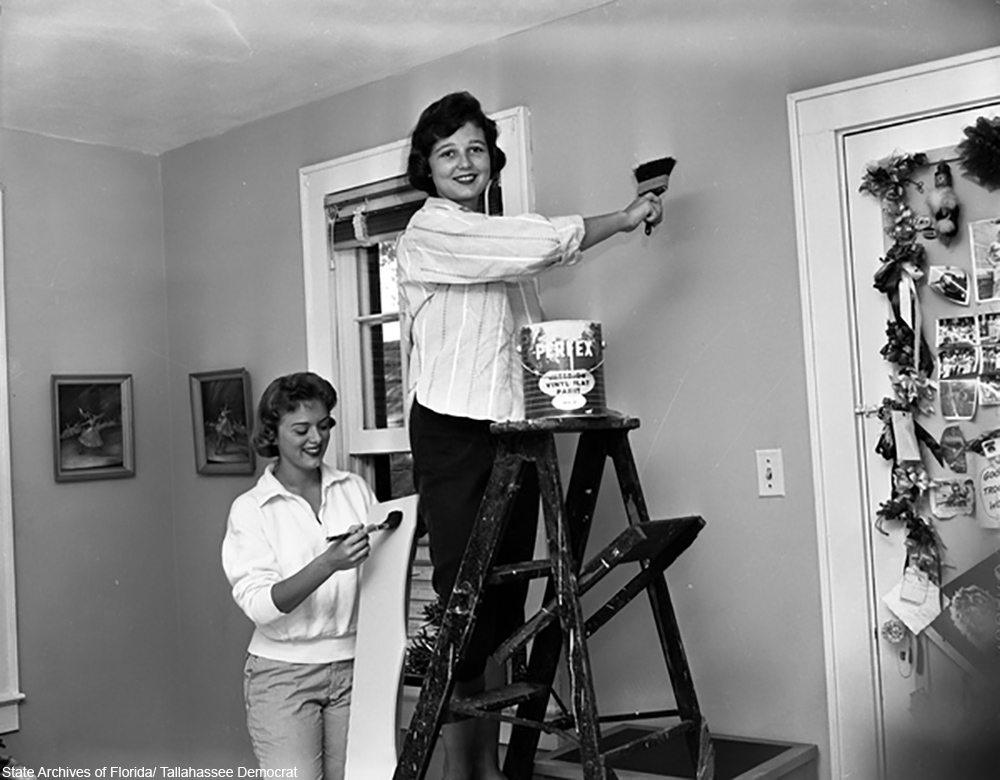 The basics were often less ambitious than today’s projects – mostly painting and changing the decor. Paint colors were limited and nothing like the vast array of color collections available at even the smallest hardware store today. 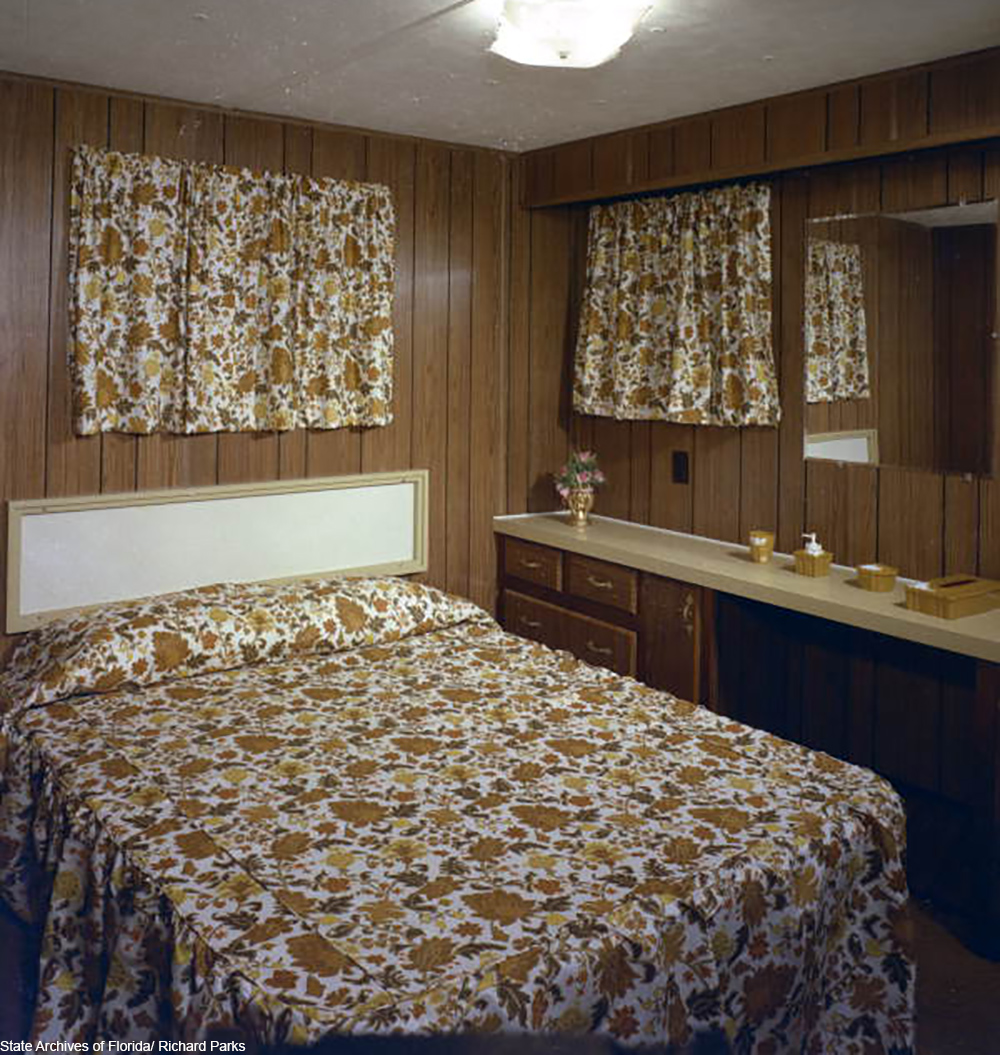 Women were more likely to embark on complicated sewing projects- think matching curtains, valances, and slipcovers for the living room. Custom lampshades, decoupaged bottles, and other affordable DIYs added character to a space. This type of handiwork gave rooms a completely custom look, one that the neighbors were guaranteed not to have. Today most design is about mixing mass-produced items together, but only the wealthiest families could have afforded to do that decades ago.

Homemade quilts, knitted afghans, and crocheted counterpanes provided a homey look and feel to rooms and served double duty as family heirlooms that could be passed on to the next generation. In the 1960-70s hooked rug kits were all the rage and the finished project was very colorful and eye-catching. Hooked rugs were originated in the early 1800s and have had have many revivals over the years. 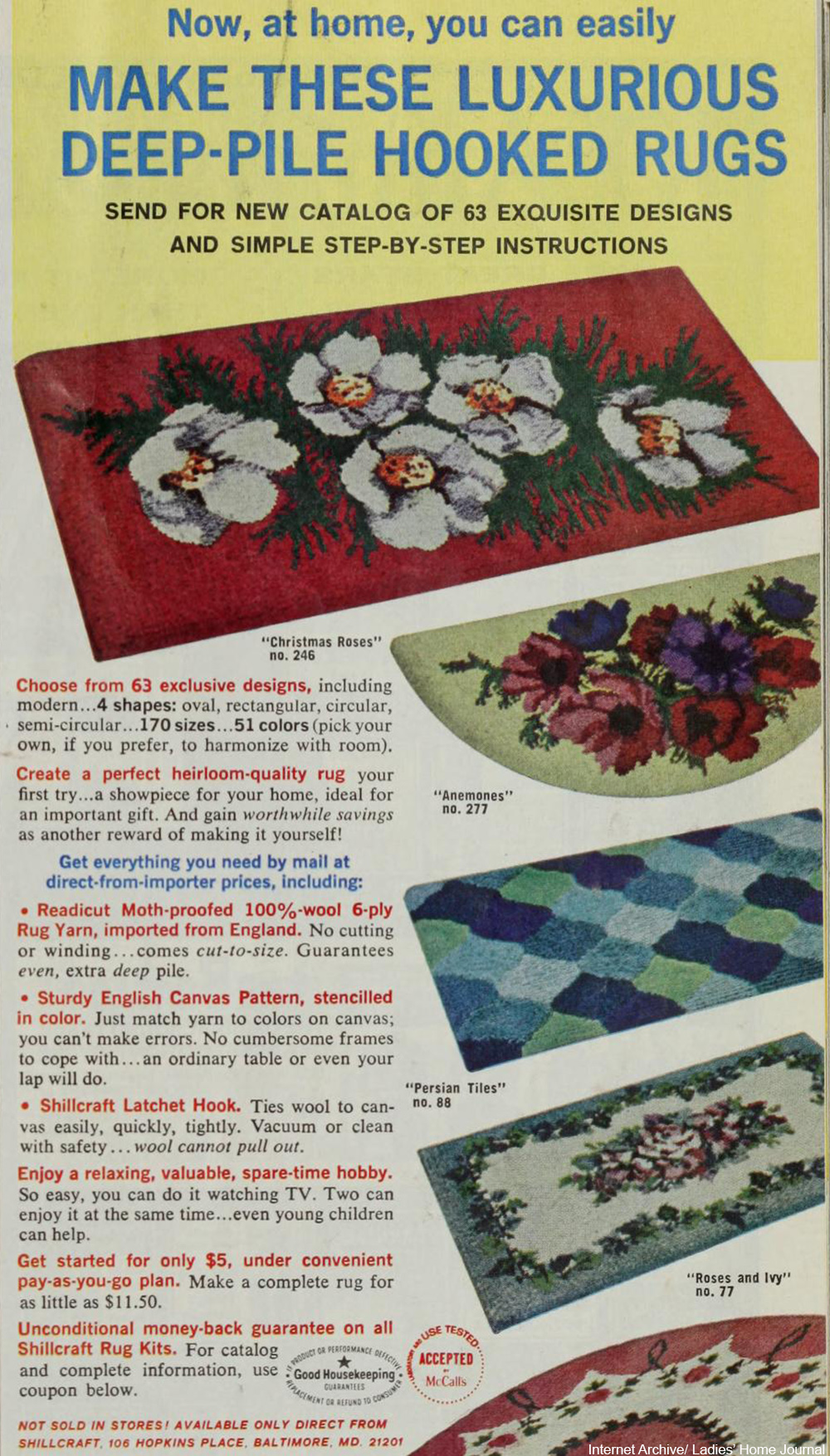 If you had the budget, wallpaper would have been a must from the 1800s onward. It wasn’t until the 1990s that wallpaper really fell out of fashion. Designer paint colors effectively replaced wallpapers, touting ease of application and durability (not to mention it was easy to change if tired of it).

Tearing down the old wallpaper and putting up new was a big job, one that often required two people. As such it was a job that many couples embarked on together, though we suspect that most patterns were ultimately chosen by the wives. 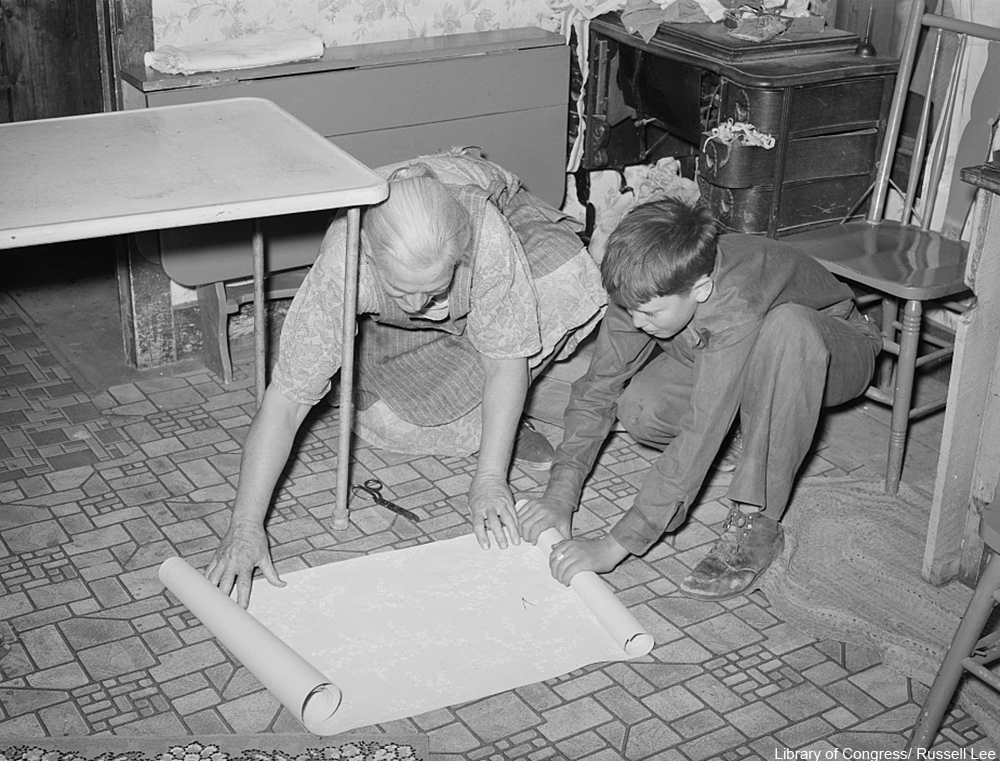 The Dads of America were often responsible for the woodwork in the household. Building custom shelves or side tables was not that uncommon in decades past. Of course, there was a limit to what some could do, but others kept woodworking as a hobby, one that they often became quite proficient at.

During the Great Depression, small furniture items made from scrap wood were popular to make and it provided new decor that many families would have otherwise not been able to afford. They were more rustic than the store-bought versions, but they did the job. 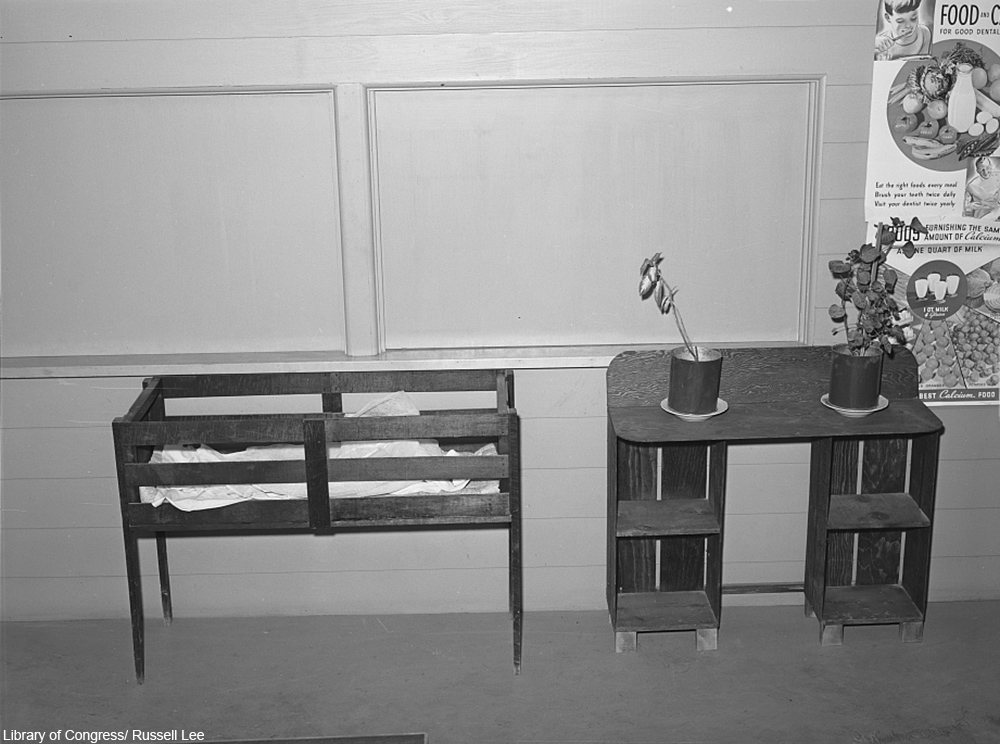 By the 1950s articles in magazines like Popular Mechanics were instructing the casual DIYer on how to build shelves, chairs, tables, doors, and many other wooden items besides. Schematics outlined how big to make everything, where to cut, and what all you’d need to have on hand. Still it did require a lot more skill and planning than any kit would have.

All in all we have a lot more specialized products today and a lot more color choices in every area of home DIY. Unlike the old days, however, the work of actually making the bedspread or building the furniture is largely left to the professionals these days.