Did You Know About The Hollywood Canteen – Where the Stars Peeled Potatoes for WWII Troops!

From October 3, 1942 to November 22, 1945 the Hollywood Canteen offered entertainment, dancing, and food to service men and women. A spot exclusively for the enlisted, the club was not open to the public, but stars in Hollywood could buy a ticket for $50! Started by Bette Davis and John Garfield, this all-star nightclub was serviced by a 3,000-member team of Hollywood professionals. As an enlisted man on your way overseas to fight, this might have been one of the last chances for fun for quite some time. The people in Hollywood who felt strongly that military service should be honored wanted to make this a special time for soldiers before they went off to fight in World War II. 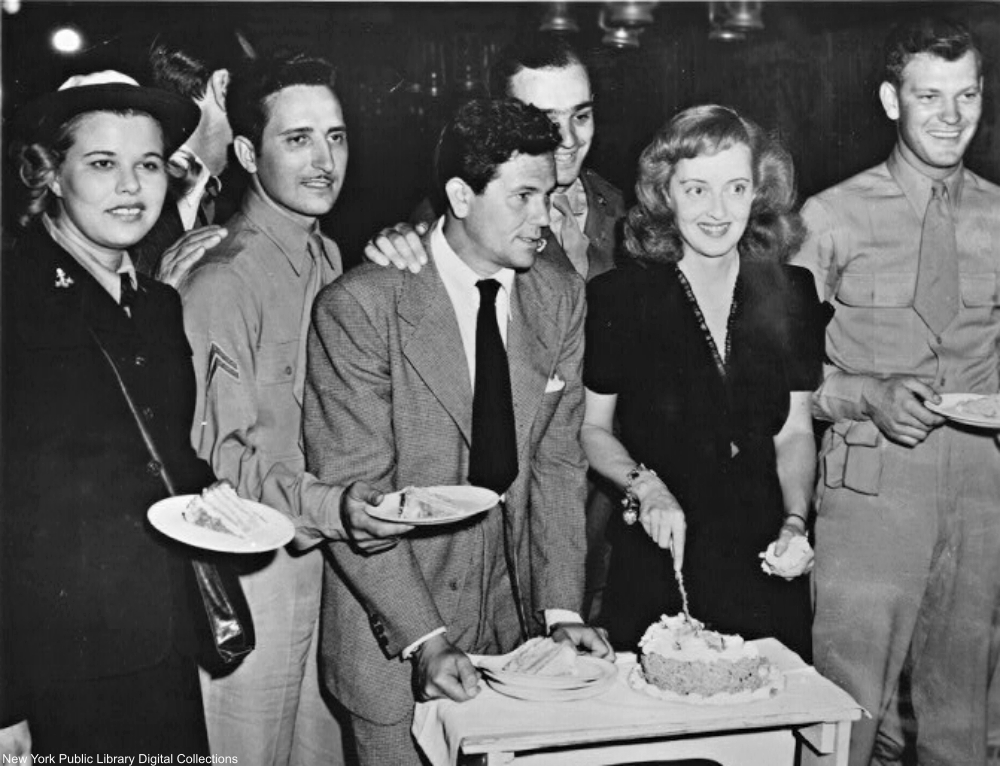 Bette Davis serves cake at the Hollywood Canteen. Via/ NYPL

The list of volunteers was long and included some of the all-time greats of the entertainment industry, like Betty Grable, Judy Garland, Cary Grant, and Shirley Temple. The female stars could often be seen dancing with the troops and sailors or escorting them in. The stars also worked behind the scenes, too, serving and preparing food. What a thrill it must have been to meet your favorite actor or singer as they served your meal! But, the canteen also offered dancing and entertainment by some of the hottest bands of the day like Duke Ellington, Tommy Dorsey, and The Andrews Sisters among many others. 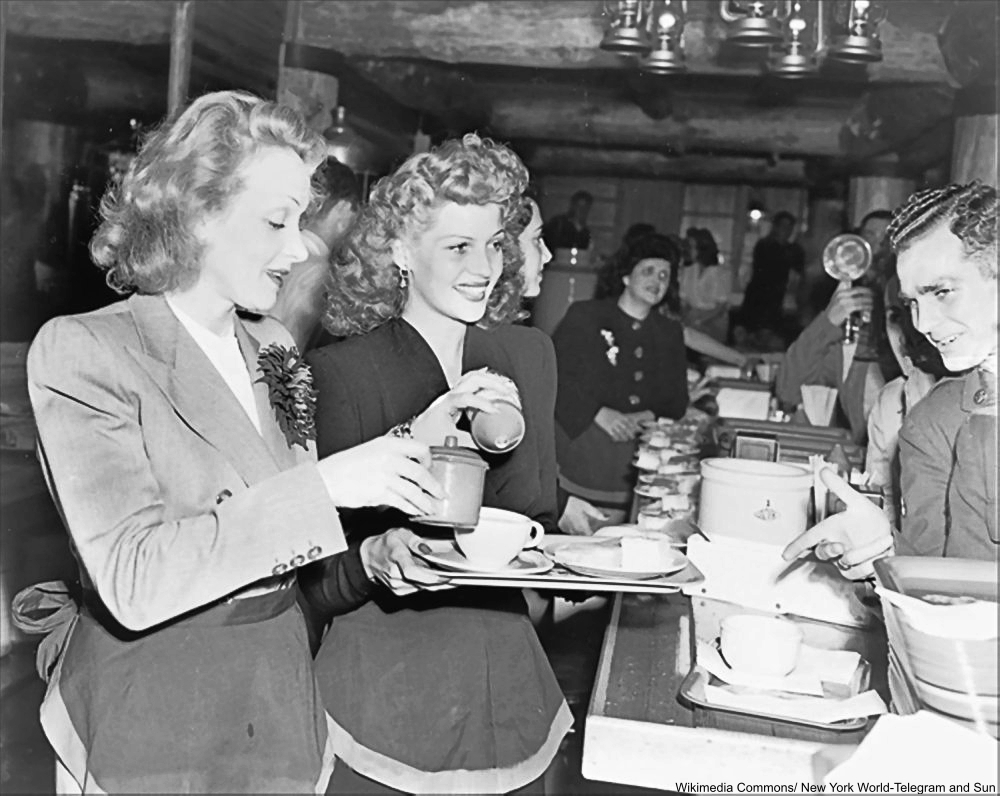 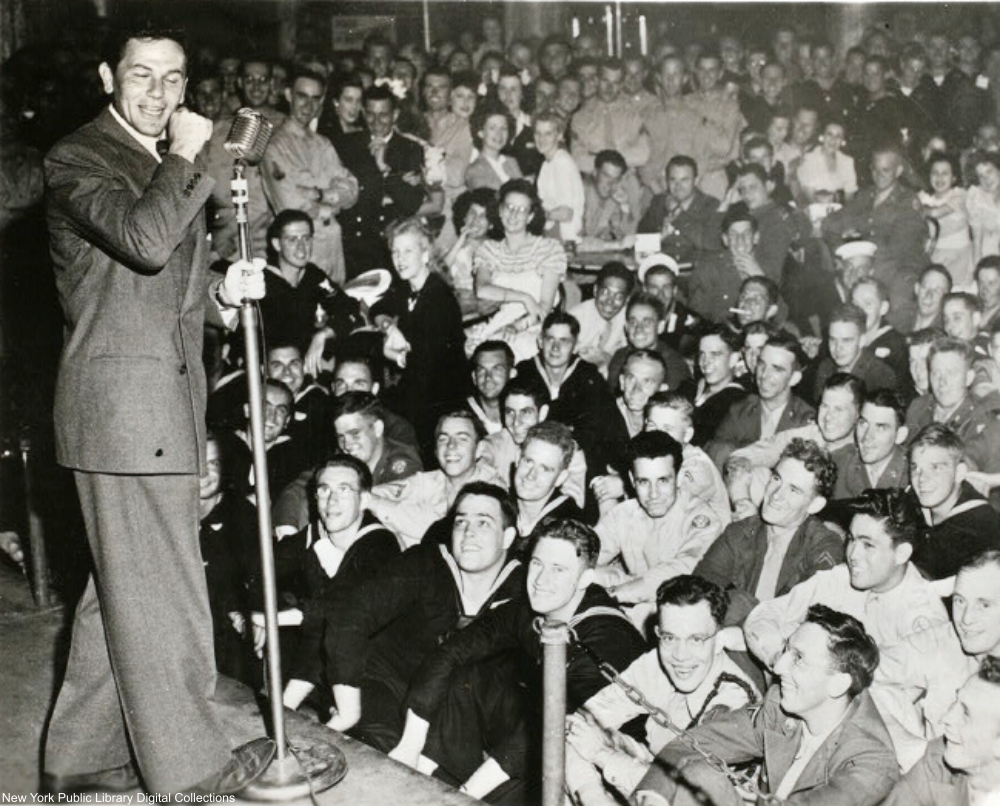 If you’ve ever seen the movie Hollywood Canteen (1944), the real canteen was the inspiration for the film. The film starred many actors and actresses as themselves, a good deal of whom volunteered in the actual canteen! 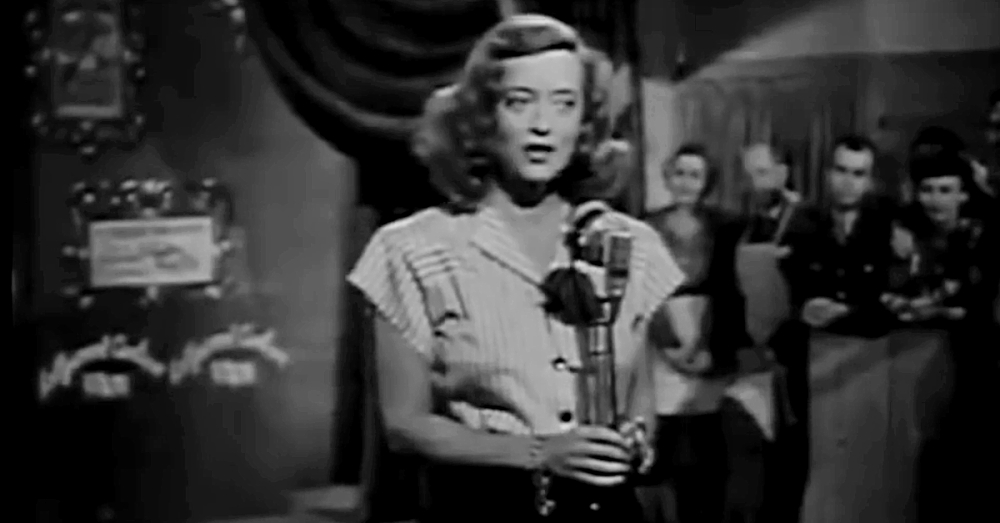 Bette Davis in the Hollywood Canteen film. Via/ YouTube

At a time when the whole country needed a morale boost, both the Hollywood Canteen and the film served to lift the spirits and remind us that we’re all part of the same country. You can watch a trailer for the movie below.

As a sort of U.S.O. act here in the states, the Hollywood Canteen was a rare place where the stars made servicemen their focus here at home. The idea for the establishment came from a Hollywood housewife who wanted to make a difference in the lives of the many servicemen who were overrunning the streets of Los Angeles, sleeping on benches while waiting to ship out. The wife of Abraham Lehr (who was the vice president of united Artists), Anne Lehr became known as “Mom” to these men when she gave them a place to sleep and a meal at her West Hollywood home. Unofficially, her home was known as the Hollywood Guild and Canteen and was the inspiration for the star-studded version of the canteen and similarly received help from the stars of the era.

The canteen closed down in 1945 and the space on Cahuenga Boulevard today is a parking garage for the nearby CNN building. But, for 3 million servicemen during WWII, the Hollywood Canteen gave them memories of happy times and glamorous starlets.

To see more starlets in the war effort click here.