The Fascinating History of Gummy Bears

This fruity treat has the incomparable distinction of being almost universally beloved around the world by young and old alike, despite containing no chocolate. As old fashioned candies over the past few decades have steadily lost ground to chocolate-based confections, the gummy bear is one fruit flavor candy that continues to delight. But, the history of this chewy delicacy goes back farther than you might have thought. 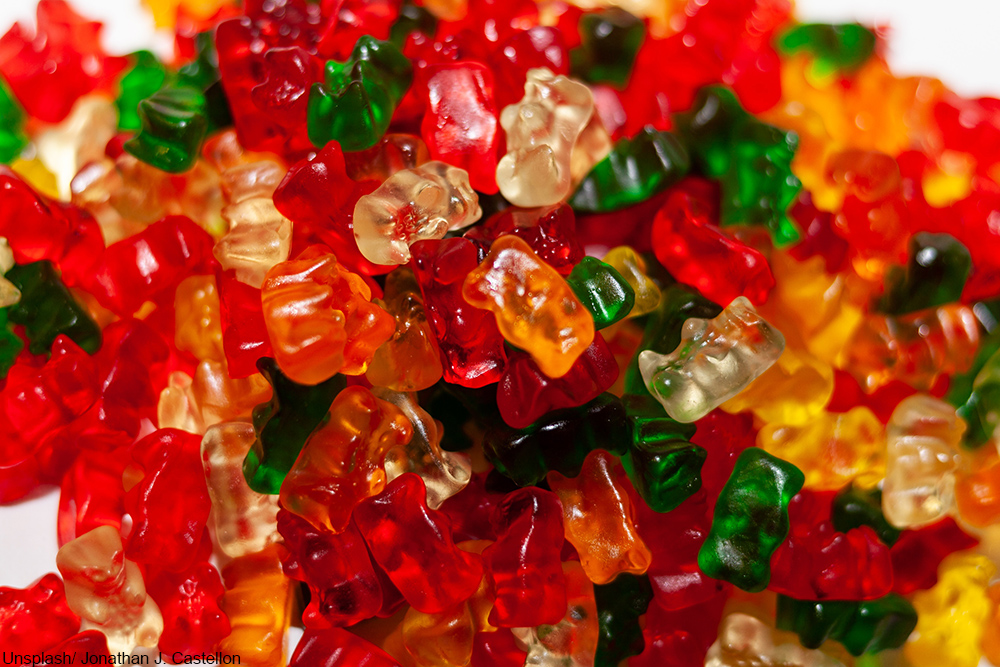 In the town of Bonn, Germany, in 1920 a dissatisfied factory worker named Hans Riegel had grown tired of the drudgery of working in a sweets factory. However, working there had given him a lot of knowledge about the confection industry and soon he had begun making his own line of hard candies, sold at street fairs or delivered by his wife via bicycle.

Riegel named his candy company from the first two letters of his first name, last name, and the city he called home- Hans= HA, Riegel= RI, and Bonn= BO: Haribo. While the small operation was a going concern, Riegel thought it could do better. 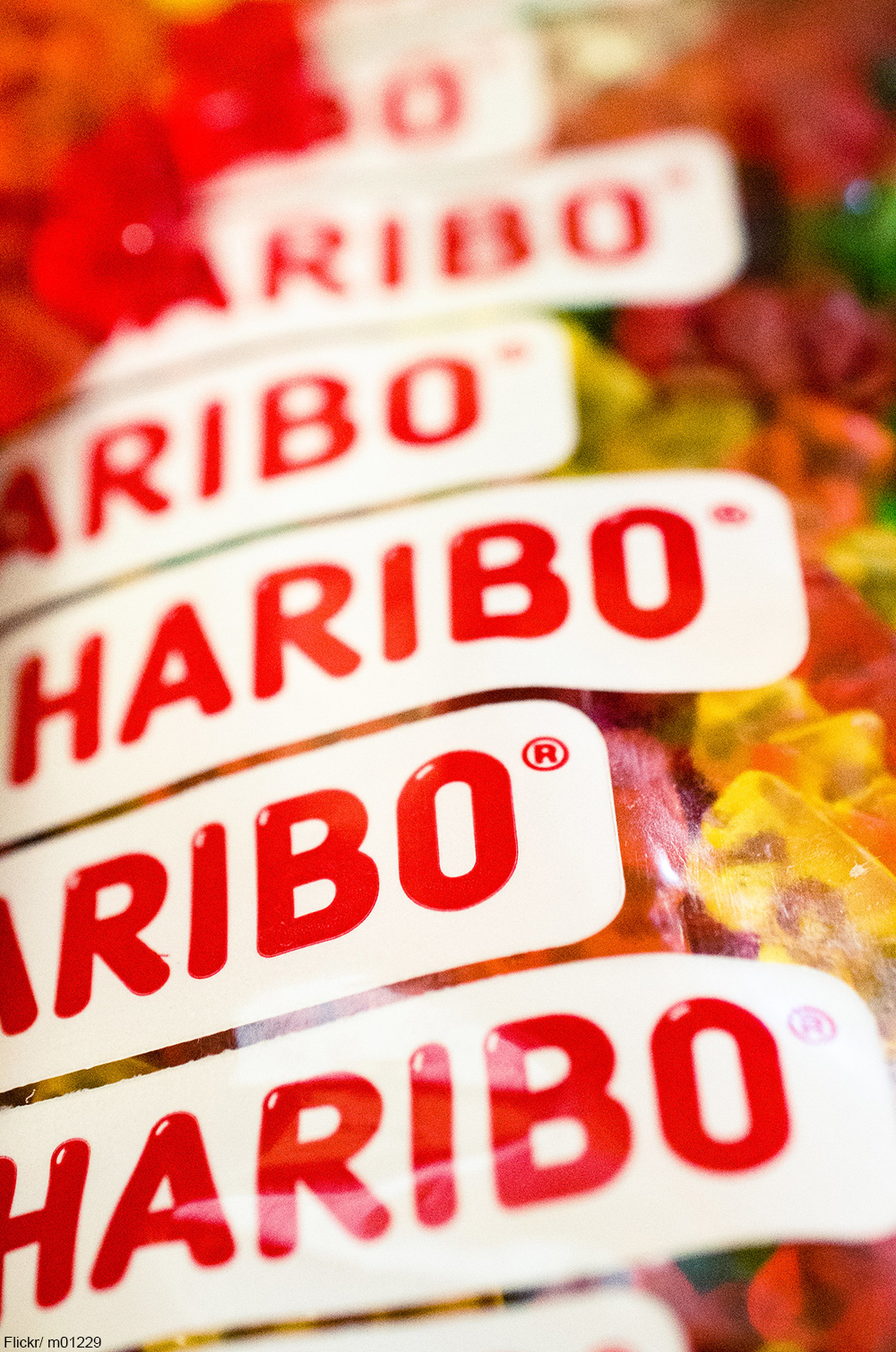 In Europe following World War I dancing bears were quite the attraction. In practices that many people would find abhorrent today, the bears would often be chained, made to wear silly clothing, and usually their teeth would have been completely removed so that they were considered “safe” for public touring. Nevertheless, the bears were a very popular diversion at fairs and carnivals in most European cities.

In 1922 Riegel decided to make a new candy in the shape of those bears, only this time they would be softer than his first candies. He made his new bear candies using gum Arabic, a derivative of acacia tree sap. This is where the “gum” in gummy comes from.

Later the formula was made with gelatin, the latest new food fad of the era. Before it was commercially available, gelatin had been a treat only the wealthy would have been served, made in-house by their cooks and chefs. By the 1920s it had become an affordable luxury, yet still quite a novelty.

Most candies of the era were either hard candies or taffy-like. A soft, chewy, translucent candy was quite the innovation in the confectionary world. 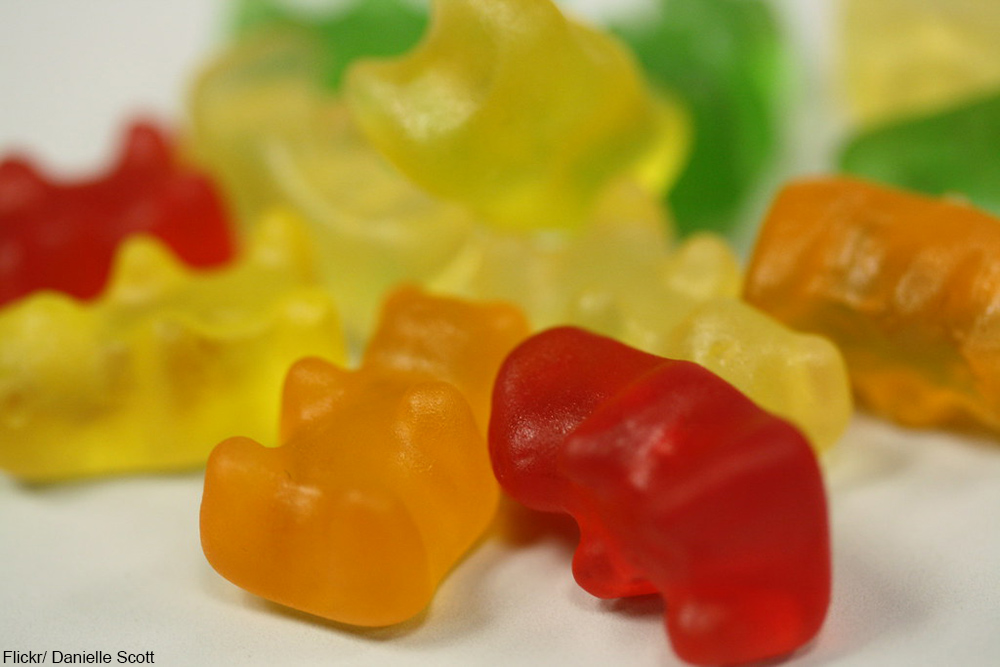 There were other gummy confections on the market at the time, like Jujubes, Wine Gums, Turkish delight, and Chuckles. However, none of these treats had quite the texture the Riegel’s candy did because they didn’t use gelatin. These other chewy treats were made using pectin or corn starch and did not have the same chewy melt-in-your-mouth texture.

Within the first year these new candies, named Dancing Bears, or Tanzbären in German, proved to be wildly popular in Germany. Soon the gummy bears (spelled gummi in Germany) were being imported to cities across Europe and were particularly popular in England. After World War II, the company made the move to create more factories all over Europe and they also made the bears smaller and cuter, more like a teddy bear and less like a Eurasian brown bear.

The candies were later imported to the U.S. for a fairly small market of children who had learned about these sweets through their German classes. For the record the flavors of Haribo gummy bears are apple, raspberry, orange, lemon, pineapple, and strawberry. 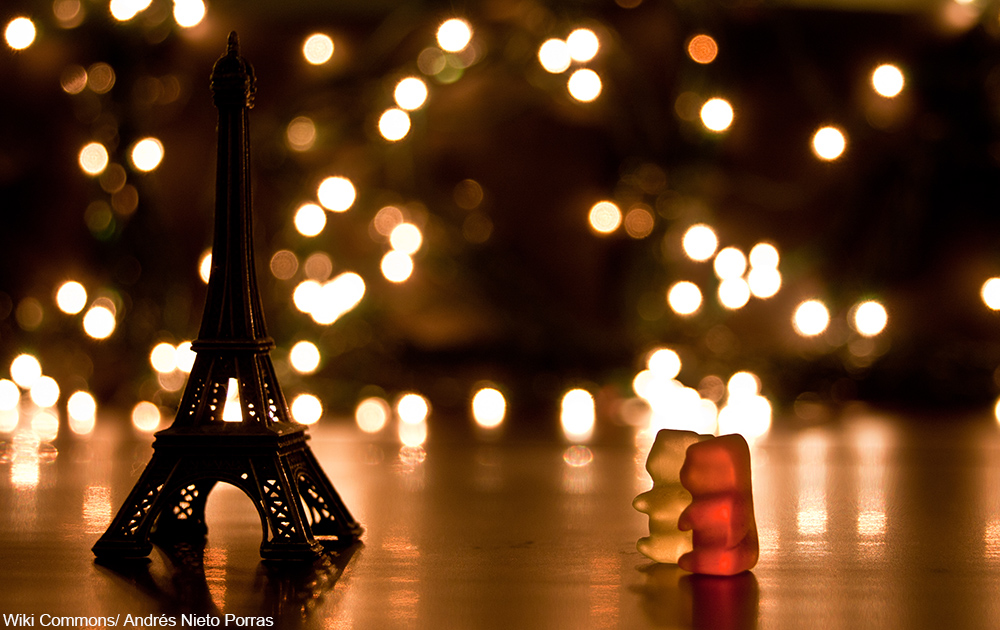 It wasn’t until the 1982 that Haribo had an operation in the U.S. and the candy became readily available to all Americans under the name Gold-Bears. The move towards international markets was a success and now gummy bears are enjoyed all over the world. The popularity of the candy has spawned numerous imitations and competitors, most notably the Black Forest brand of gummy bears started by the Ferarra Candy Company, who now also owns Trolli – makers of the first gummy worm in 1981.

Everyone has their favorite brand, but the original Haribo remains the best for most people due to their unique flavor and texture. At this point they are an iconic confection that has influenced not only the candy industry, but also the field of design.

Gummy bear string lights, night lights, and lamps have been quite popular lately. Perhaps this is a testament to how much the flavor and the shape are admired by loyal fans.