The Heartbreaking History of the Candy Land Board Game

Since the 1950s Candy Land has been a staple in the game closets of schools and homes alike. The popular game focuses on a world made of chocolate and gumdrops, much like the film Willy Wonka and the Chocolate Factory would decades later. Entranced by a mythical dimension of sweets, kids often gravitate towards the brightly-colored box and game pieces. All of the enticement of sugar, combined with the simplicity of the game conceal today why and how the game was created in the first place: to entertain children on polio wards. 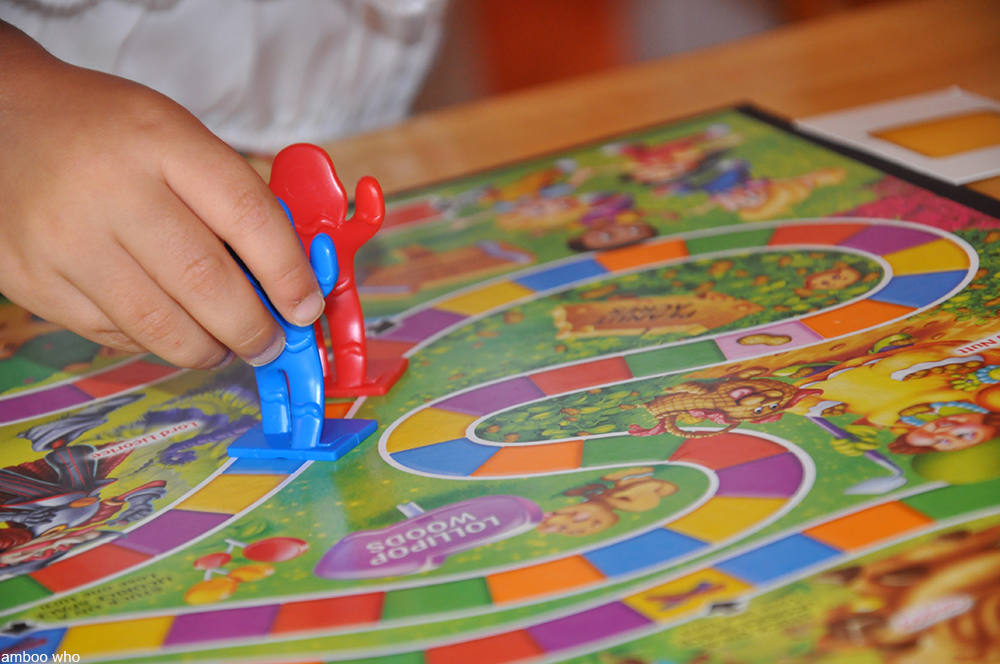 If you grew up playing Candy Land then you already know that game can go on for a quite a while. At the same time, the rules of the game are simple enough for even young children to understand. These two facets together make this game much hated by adults, who have to suffer through a game devoid of strategy that could go on for more than an hour.

But, these aspects of the game were intentional design choices made by the creator of Candy Land, Eleanor Abbott. After having been sequestered in a San Diego polio ward herself, Abbott was searching for a way to keep the children of the polio ward happy and entertained across the many weeks and months they’d be required to stay there.

The polio epidemic of the first half of the 20th century created panic in the public and the hardships of caring for someone with the disease were only made worse by the fact that many cases were presenting in children. The poliomyelitis virus (polio for short) does not only affect children, but many adults who have already been exposed (with no paralysis) as children may not have ever known they had it. The hidden immunity of the days before blood tests and modern medical care made it seem like the virus somehow targeted children. 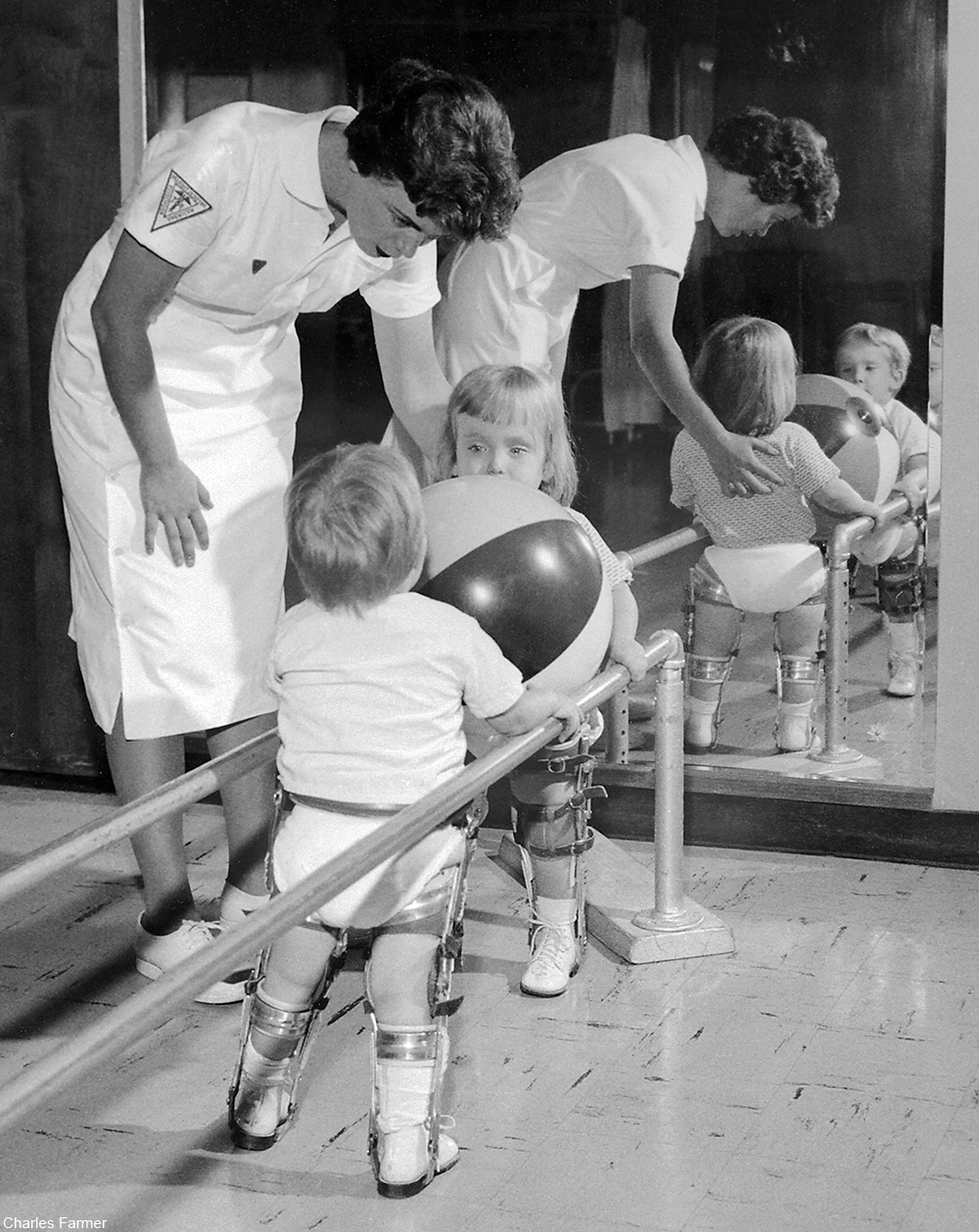 When infected with polio, victims can have abortive polio wherein the the virus ceases to act beyond a certain point. Or, more tragically, patients with paralytic polio would lose muscle function in one or both legs on either a temporary or permanent basis. While many victims did recover the use of their legs, some did not.

In other patients, the muscles of the lungs were affected, requiring the use of an iron lung to breathe – sometimes for years on end.

In all of the the above cases, victims needed prolonged and specialized medical care. Then as now, viruses cannot be cured and the medications they could give were limited. But, through physical therapy patients could learn to live with paralysis or learn to walk again after a period of inactivity. Because the care needed was lengthy and intensive polio wards were set up in many cities. However the nearest polio ward might have been located far away from a family’s hometown. The result was that inmates of the wards did not always have visitors on a daily basis.

Children stuck in the hospital, with limited visits from family, would have been awfully bored. Abbott came up with the idea of a game centered around something children love (candy), with rules so simple that even youngsters could understand, with no strategy involved. The truly heartbreaking part is the open-endedness of the game: it was made to be potentially played for hours on end. The children in the polio wards had nothing but time. Sugar was again used in the first polio vaccines in 1955 and beyond, which were given to children on a sugar cube. This way no child would refuse to accept it.

The history of polio can be seen a bit in the first edition of the game which showed a boy and a girl running to the game path. The boy is in front of the girl, clearly depicted wearing a leg brace like polio victims often wore. However, it is unknown whether Abbott or someone else was the original artist for the first game. In any case the polio brace imagery didn’t last long once the game was being mass produced. 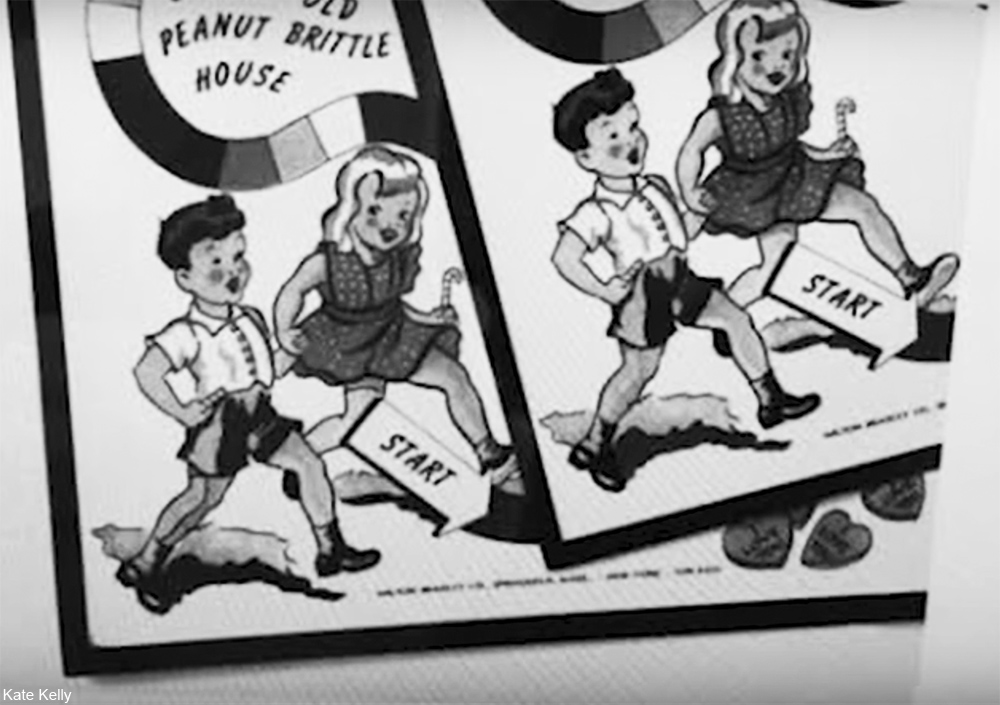 Later editions of the game took out this element and nearly always showed the girl closest to the players’ perspective, swapped for what it had been when it was created in 1948. 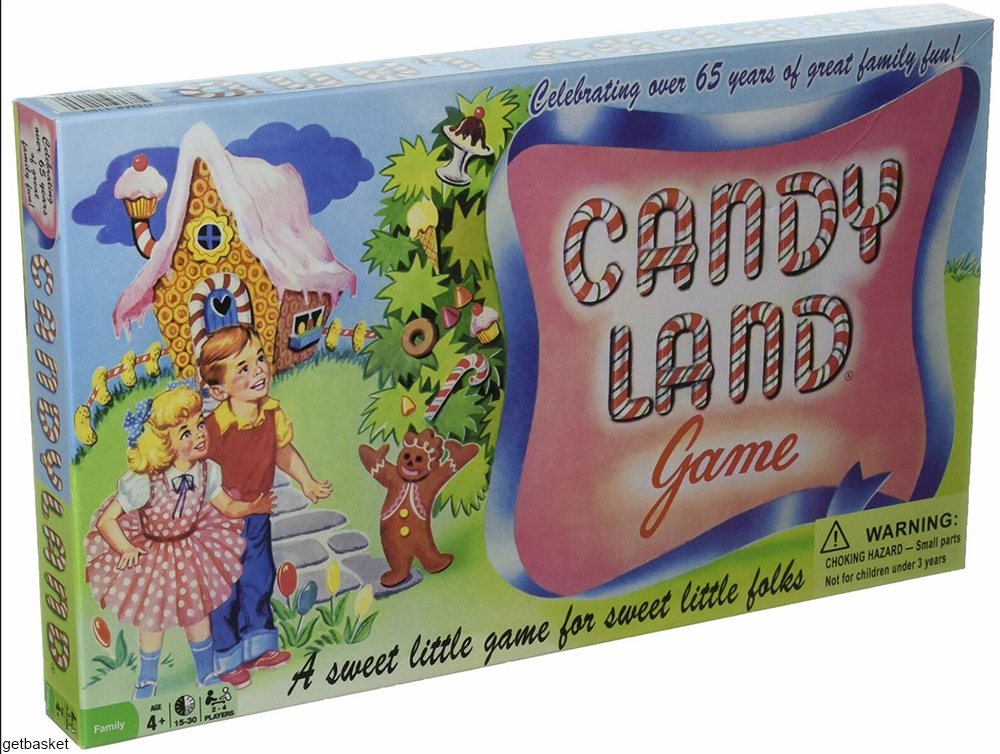 Reprint of the 1962 edition of the game. Via/ eBay

The game concept and design was purchased by Milton Bradley, to whom Abbott had pitched the game after overwhelming encouragement from the children on the wards who played Candy Land. The game proved not only useful on polio wards, but was also seen by some parents as good reason to stay indoors and hopefully avoid catching the virus in the first place.

Now owned by Hasbro, Candy Land has become one of the best-selling board games of all time – one that has seen a huge number of incarnations from Christmas editions to Dora the Explorer to a video game version. There was even a VCR version released in 1986! Around 1 million units of the game are sold per year these days.

Find out more about the fascinating history of Candy Land in the video below.