Historical Treatments for Hysteria That Were Absolutely Bonkers

Hysteria was an illness that was first described around 4,000 years ago. Doctors the Roman Empire believed in a wide variety of untrue theories, such as those of the 4 humors. At the time it was thought that certain exterior factors or internal problems could throw the balance of these humors out of whack. Likewise, by the Victorian period the ideas on human health had evolved somewhat and it was a commonly held theory that problems of the internal organs could lead to hysteria.

The symptoms of hysteria were extremely varied and were most likely signs of other (real) illnesses that doctors could not yet diagnose. Hysteria symptoms could range from an irritated throat to stomach pains to a “bad” temper to suicidal thoughts. 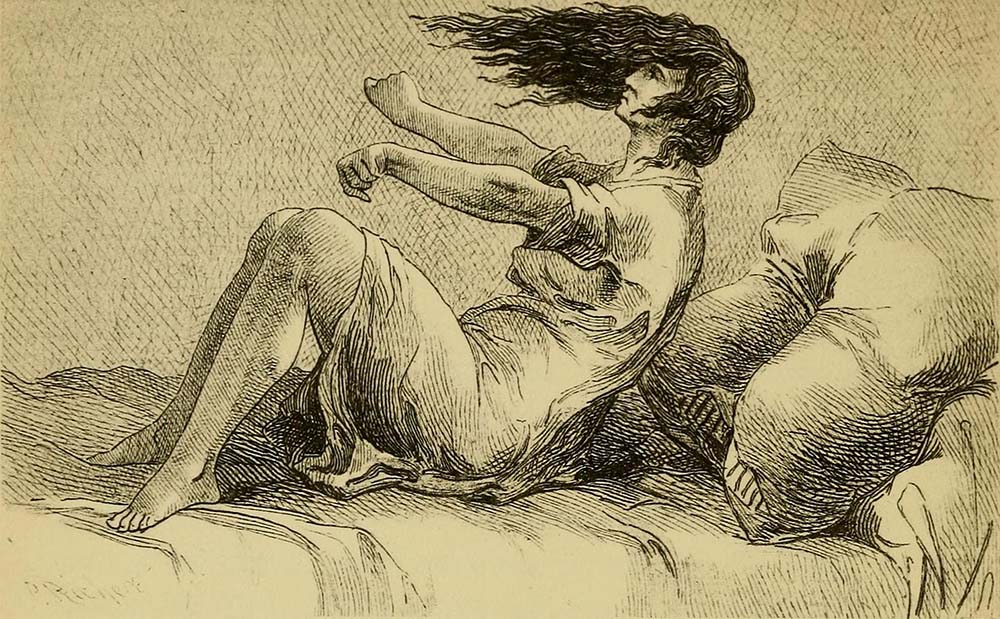 Hysteria at the time was a widely-used term which could have been applied to mental or physical illnesses as the doctor saw fit. At the time the field of psychology did not yet exist and such things as blood tests had not been invented.

During the late Victorian era some strides were made in the field of healthcare, such as germ theory which correctly identified that microorganisms were the culprit of contagious diseases. However, use of the blanket term of “hysteria” to describe illness continued well into the 20th century. 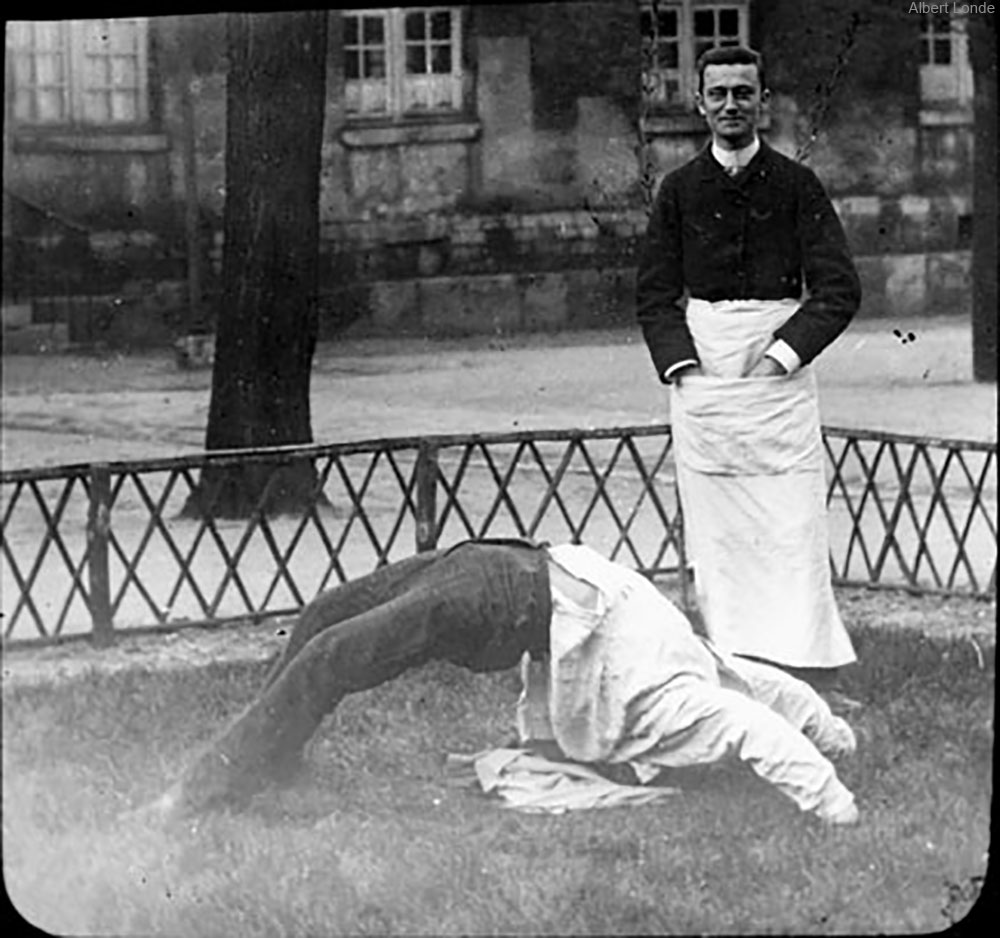 Various cures were proffered over the years, though they were based on speculation and not on actual science. For instance, for the treatment of many ailments, including arthritis and gout, a warm bath was recommended 2 or 3 times weekly as part of the “German nature cure”. However, for patients with perceived mental illness and hysteria a cold bath was given instead.

In some cases a shockingly cold hose was used to spray patients down. It sounds like a punishment more than a treatment, but it was known at the time as hydrotherapy. 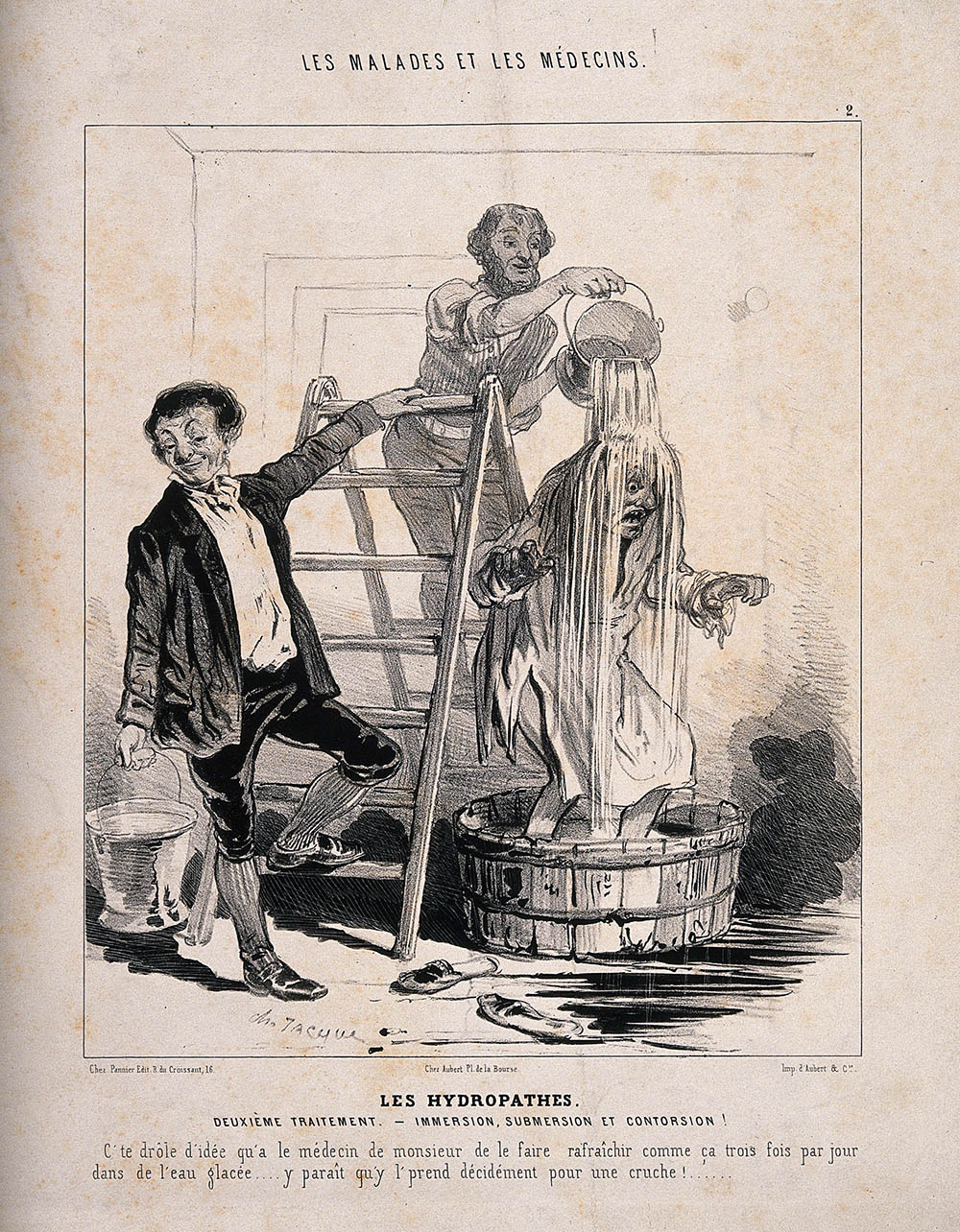 Another form of treatment was the electropathic girdle. In the Roman era it was believed that a wondering womb was responsible for female hysteria. It’s just what it sounds like: physicians believed that the womb could move throughout the body, throwing the whole system out of balance. However, men could also suffer from hysteria and a variety of “cures” were invented to help both.

The electropathic girdle was not something one plugged into the wall outlet, but instead was a garment with many different magnetized inserts which were supposed to help heal the internal organs by being worn in proximity to the stomach. 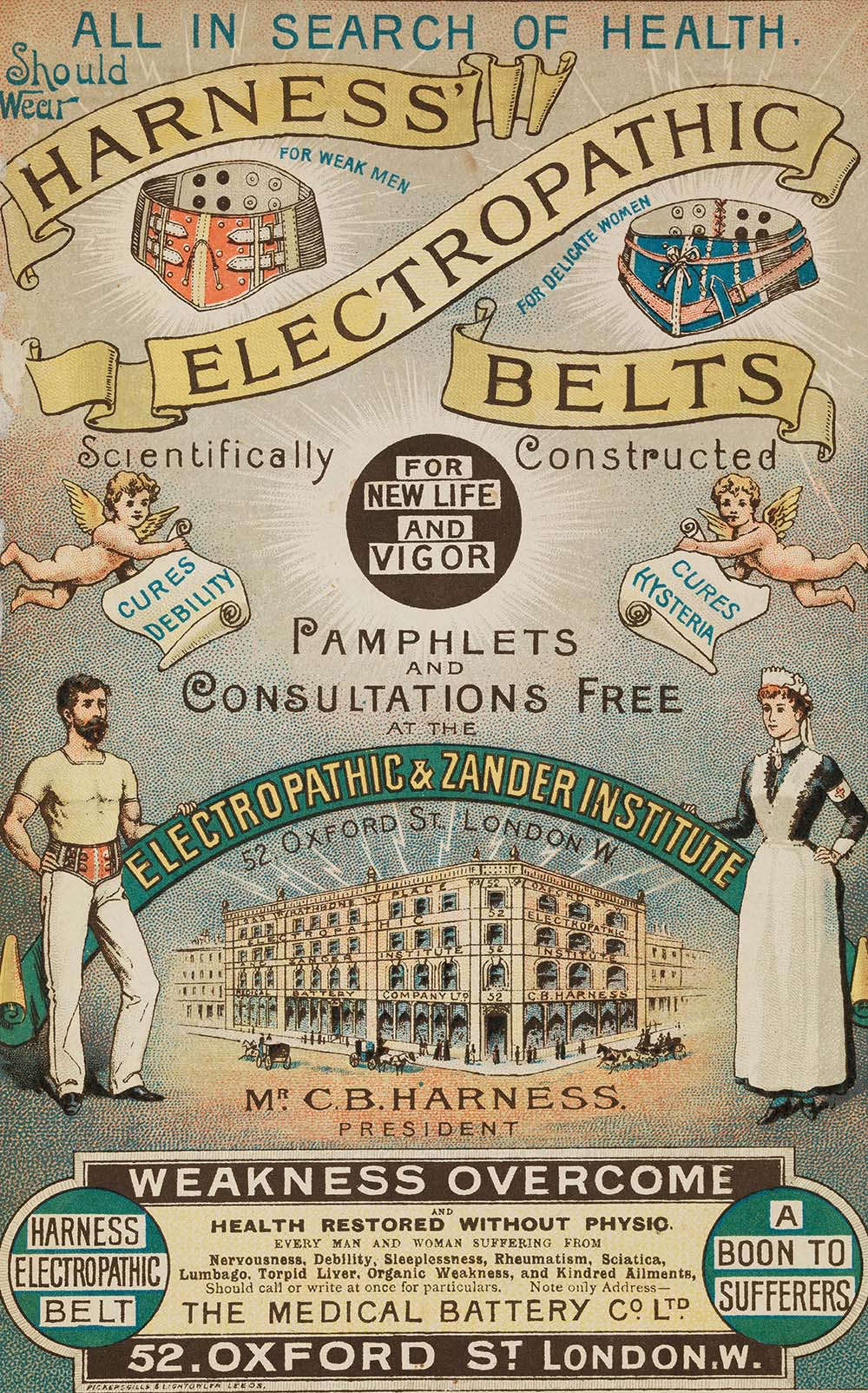 This ad from 1890 touts one electropathic belt as a treatment for “weak” men and “delicate” women, as well as for hysteria. Via/ Wellcome Collection

Another cure for female hysteria was the shifting of a woman’s internal organs. Because of the whole “wandering womb” thing, some doctors believed that moving the uterus would help ease the symptoms of hysteria. To that end a horrifying device called the uterine elevator was developed to make “adjustments” on women. 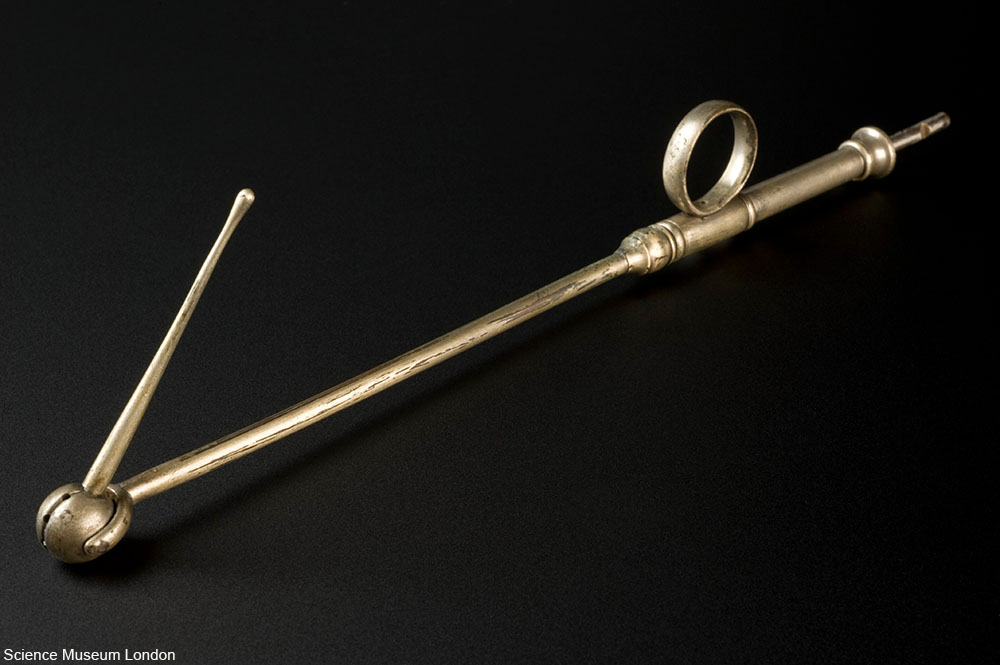 In the modern era one hotly-debated hysteria cure was the use by doctors of vibrators. Contained within a small case, these powerful contraptions were considered medical devices. One theory which gained traction in the early 2000s was that doctors had been using these devices on women in a sexual manner, as their husbands did not or could not please them. However, new evidence suggests that doctors would have been using these vibrators to stimulate the internal organs believed to be responsible for the imbalance, like the kidneys, intestines, and lungs. This would have been achieved by massaging the back or the stomach and was known as vibrotherapy. 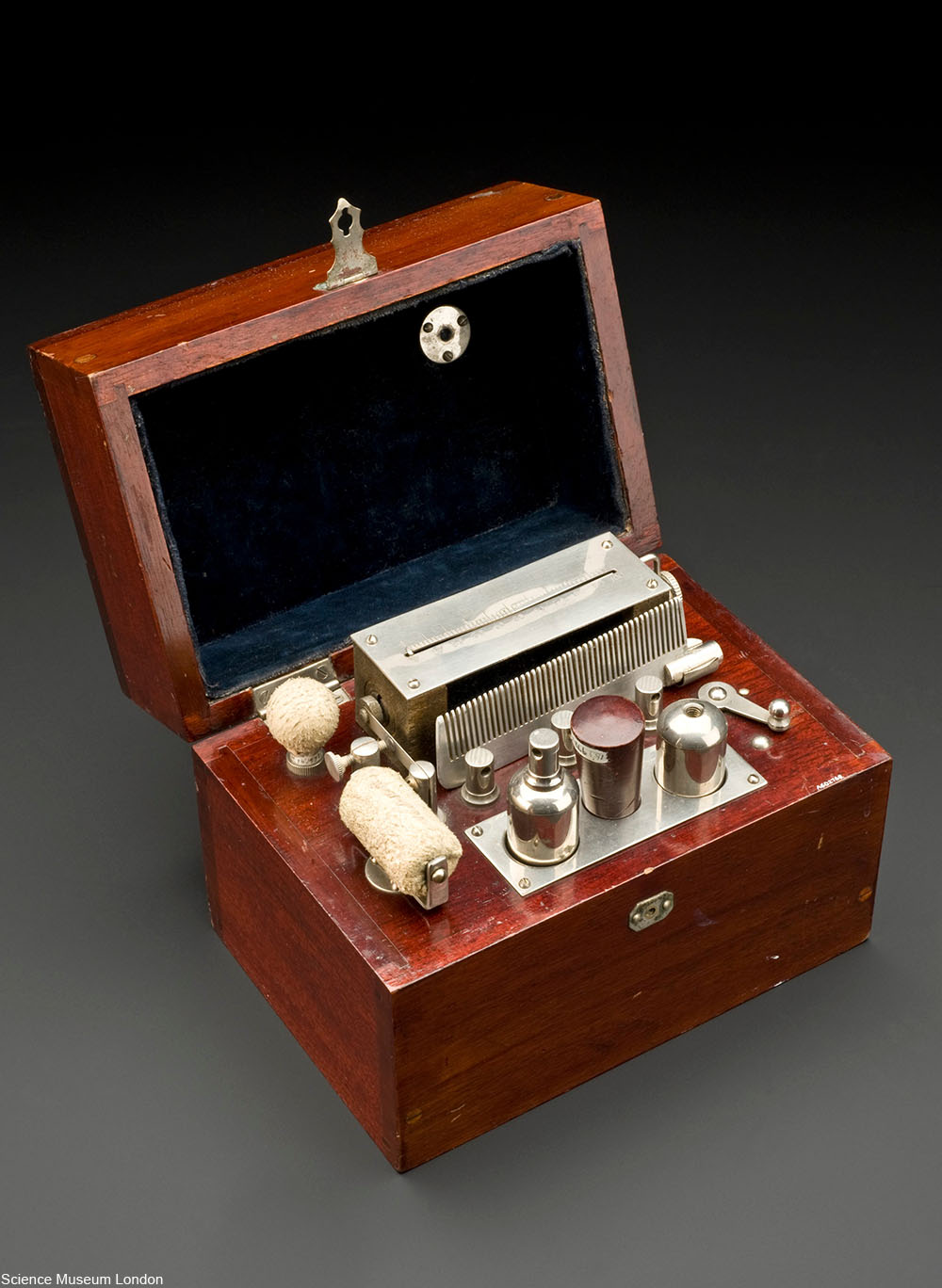 Other cures were less harsh, like the so-called anti-hysteria water. The example below was made in a monastery in Italy in the 1800s, as such establishments were long known to be the source of ales, wines, and medicinal tinctures made from herbs. 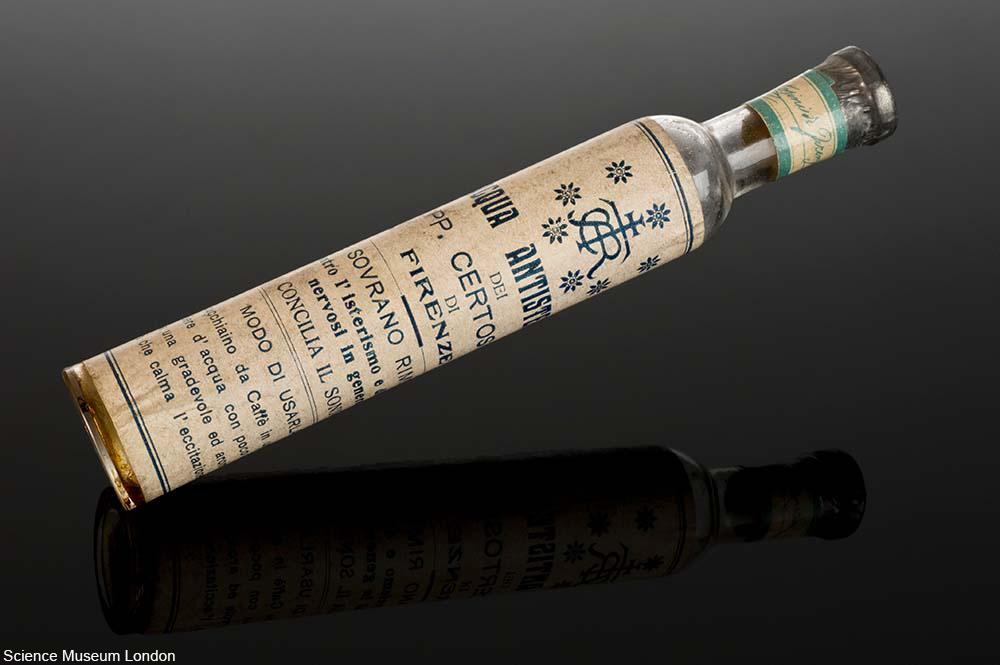 It is likely that any improvement from these cures was either fudged by doctors for their own benefit, was a psychosomatic result of the placebo effect, or was the result of the true illness running its course. If all this sounds like antiquated nonsense, keep in mind that despite the vague symptoms and medical bias, the disease of “hysterical neurosis” was not removed from the DSM until 1980!