High School Sweethearts Reunite After 64 Years, Fall In Love All Over Again. 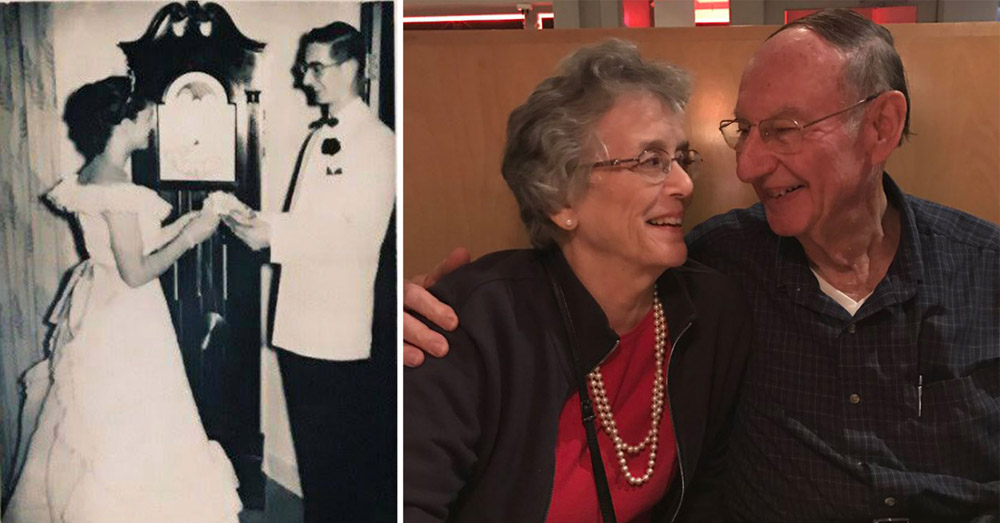 64 years ago, high school sweethearts Joyce Kevorkian and James Bowman went to prom together as one another’s dates. The two danced, laughed, and enjoyed being young and in love. After high school, the two attended different colleges and parted ways. Both of them fell in love with other people, got married, had children… little did they know, fate would someday bring them together again.

Fast forward to just last year. Both Joyce and James’ spouses had passed away, leaving the two devastated and lonely. Until, one day– out of the blue– Joyce received a letter in the mail from James. 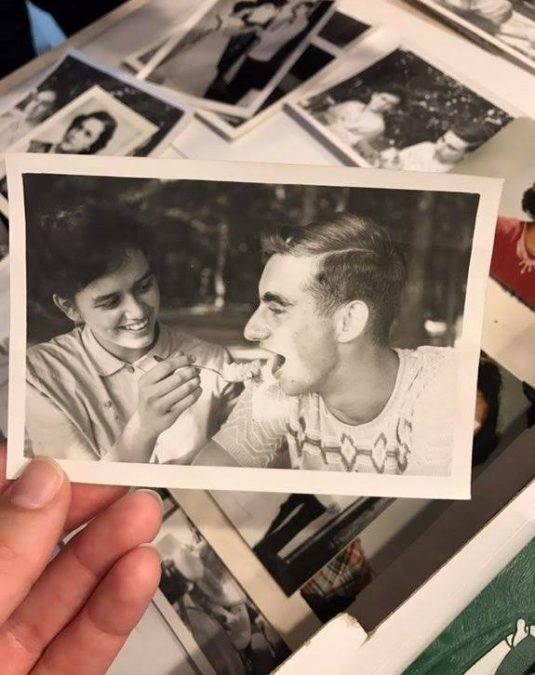 Joyce responded to James’ letter suggesting they catch up. Her simple suggestion ignited a romance over 6 decades in the making. 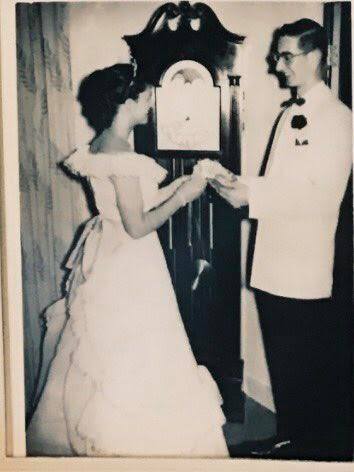 Joyce’s granddaughter, Anna, said her grandma and James would talk on the phone every night. Joyce was “all giggly again,” she recalled. “It was just like being 17 again,” said Joyce. 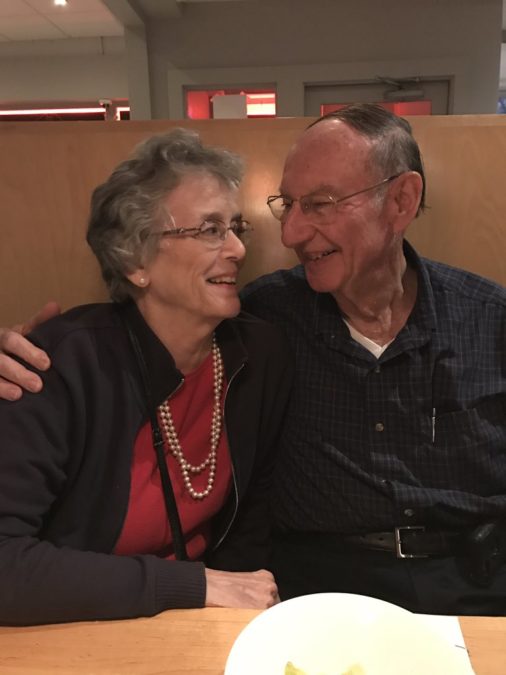 During one of these calls, James asked Joyce a question she never thought she’d hear again.

“She hung up the phone and said, ‘Well that was a weird phone call. He asked me to marry him!’” laughed Anna.

The two were married on April 1st in a small ceremony with friends and family, 64 years after attending their high school prom together. 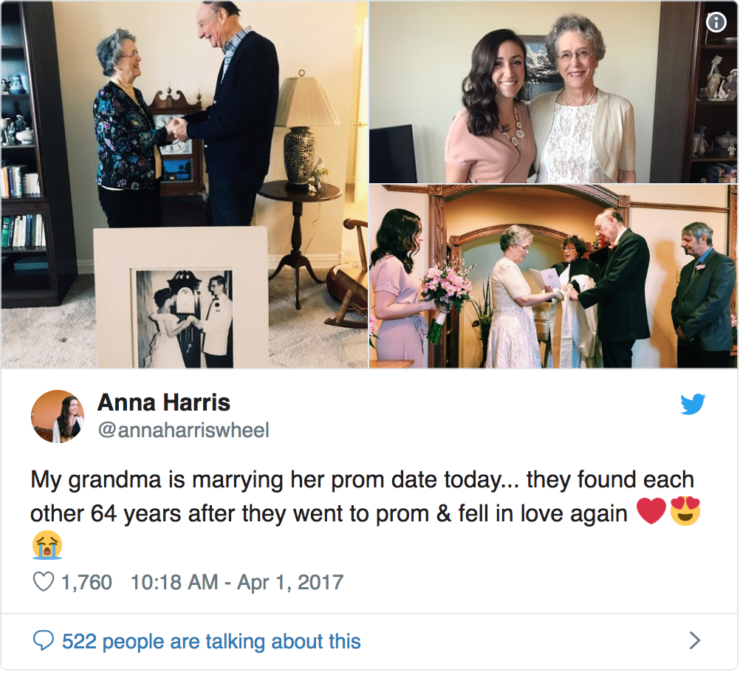 Anna, who was the maid of honor in her grandmother’s wedding, shared their love story in the heartwarming post below.

ago to plan a high school reunion. They are both 81 and widowed. Then they had another phone call. And another. Which turned into a visit. And then, they fell in love all over again. My Grandma started smiling again. Our talks started to be about her future instead of her past. She became herself again. I guess the same thing happened to Jim. His daughter called my grandma and thanked her for ‘helping her dad smile again.’

Not many people marry their prom date…but tomorrow my Grandma gets to marry hers, even if it is 64 years after prom! 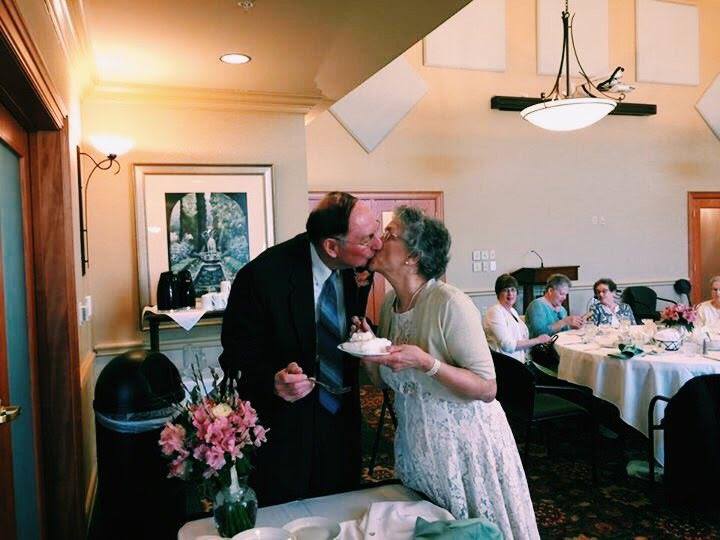