After the Japanese attacked Pearl Harbor in 1941 the United States Treasury acted quickly to ensure that, should Hawaii be captured, the Japanese would not get our money. Marked bills could easily be identified (and rejected as currency) in the event that Hawaii was no longer under U.S. control. 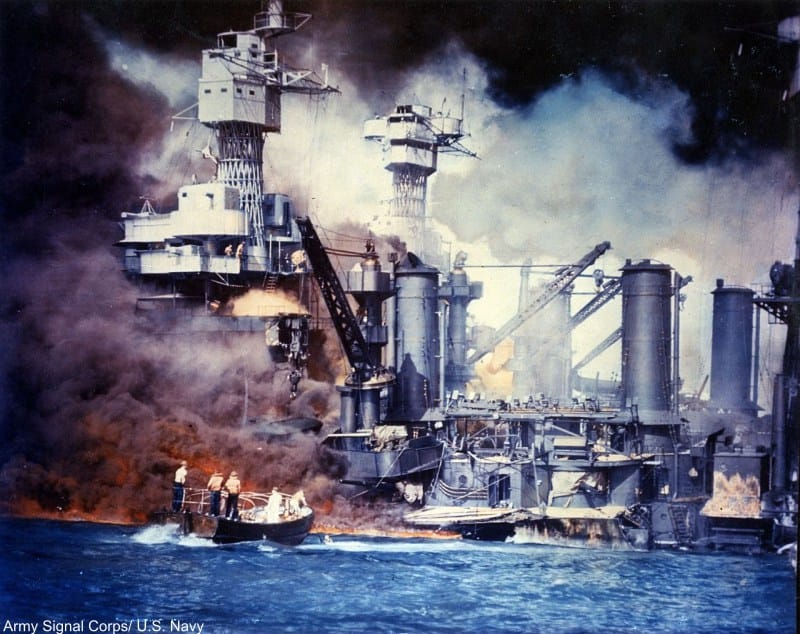 Via/ Naval History and Heritage Command

Within hours of the attack on Pearl Harbor, martial law was declared in Hawaii and continued until 1944, so it’s no surprise that currency underwent some changes as part of a plan in case the Japanese forces were successful in invading Hawaii.

In 1942 the U.S. Government recalled all the paper money in Hawaii (around $200M worth which was incinerated) and replaced it with specially-marked bills. There are rumors that much of this money never made it to the flames, instead absconded with by criminals and individuals who were loath to give up their hard-earned cash.

The fact that the U.S. government thought that full Japanese occupation of Hawaii was a real possibility makes us reflect on how differently things could have gone during World War II.

After the recall only small amounts of cash were legal to retain ($200 for individuals and $500 for businesses). The new notes were distributed, printed with the very large word “HAWAII” on the back of each bill and in small letters on the face of each bill. 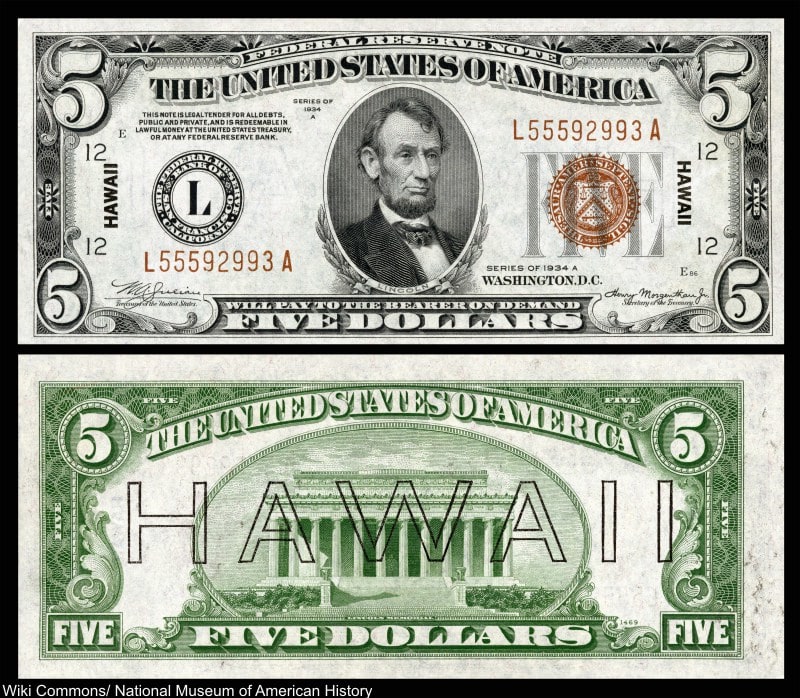 These bills are known as Hawaii Overprint Notes. Hundreds of thousands of these bills were printed, though the $1 bill was the most common.

Today these bills are highly collectible, with the plain $1 usually selling for the least amount of money. Many of the overprint bills sell for between $15 and $400 depending on the type (the $5 brown seal and the $1 star are 2 highly valued notes). 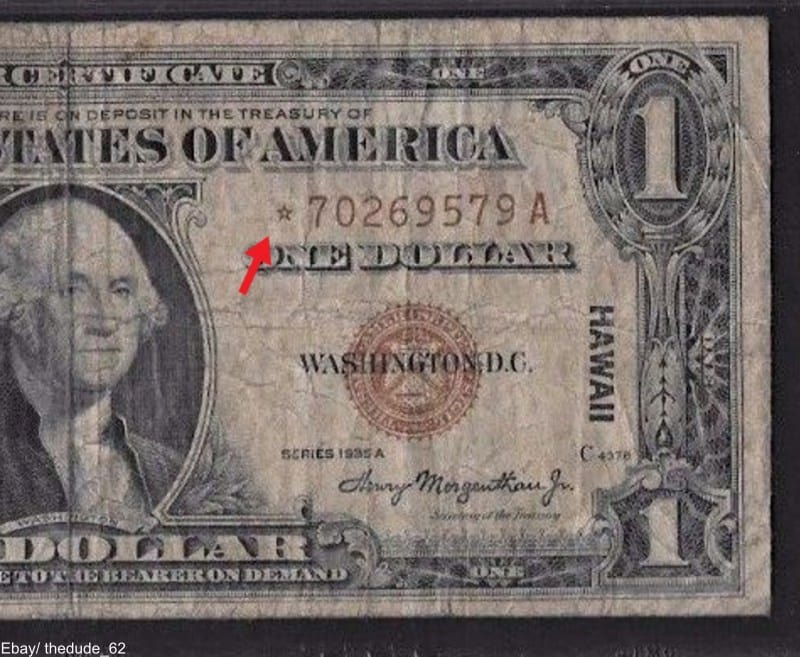 Star notes (bills with a small star before or after the serial number) are considered much more valuable as they are replacement bills for bills that were defective. The serial numbers were reused in the reprinting process, but with a star added to show that they were not original.

The Hawaii Overprint bills were only in use between 1942 and 1944, at which point they were recalled and regular U.S. money was put into circulation in Hawaii again. Despite the fact that these notes were recalled, there are still a few of them circulating in use today!