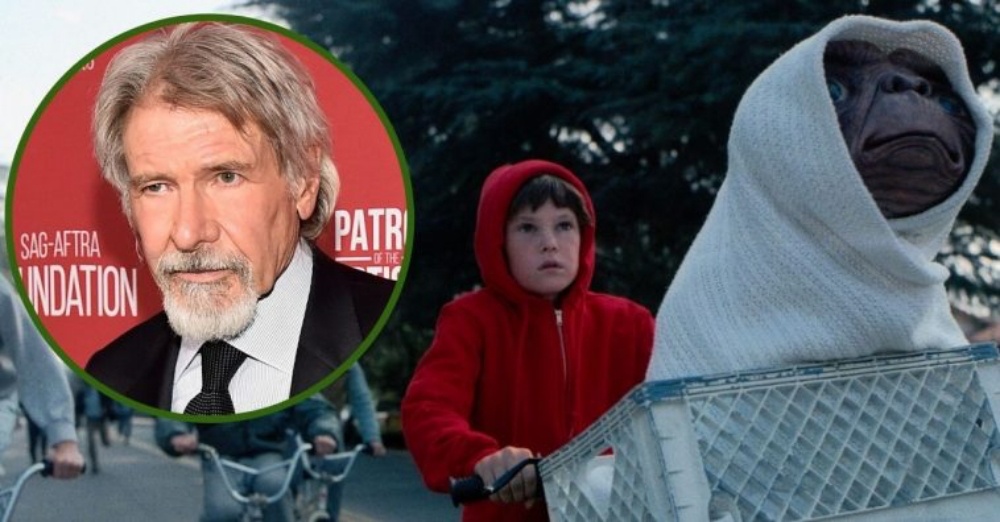 E.T. the Extra-Terrestrial is a 1982 film that everyone has watched at some point in their life. It’s that great of a movie! A gentle, harmless alien becomes stranded on Earth and with the help of his new friend, Elliott, they are able to send him back home. It doesn’t come without a few tears and emotional moments as the pair gets tight-knit and forms a close friendship.

The film, under the direction of Steven Spielberg, was considered the highest-grossing film of all time for almost a decade. It’s also known as one of the greatest sci-fi movies in history. This speaks volumes as to why the movie hasn’t lost its touch even today. But, did you know that actor, Harrison Ford, had a cameo in the film and that it was cut? 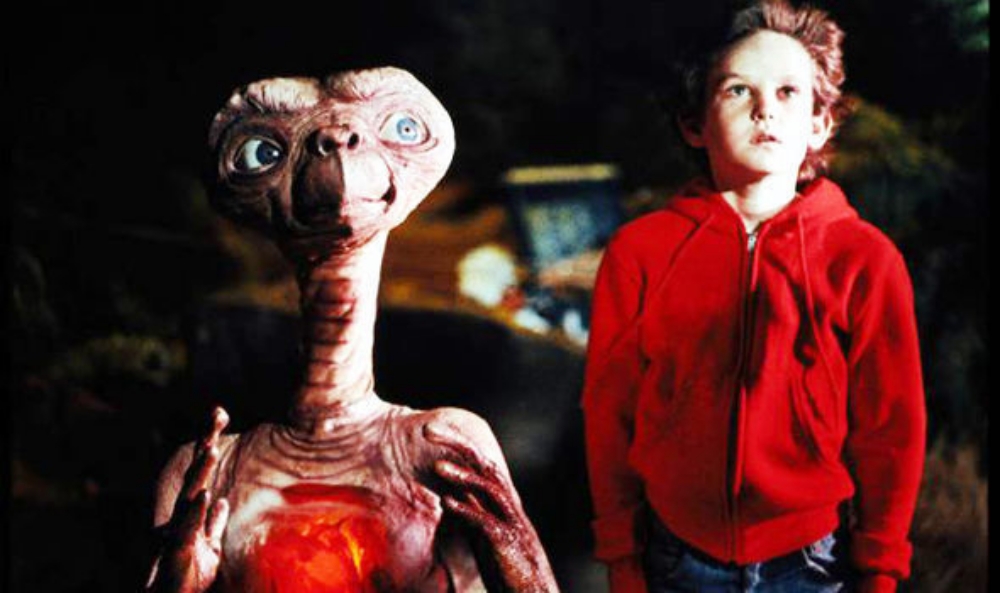 In the cut scene, Elliott begins to show signs of intoxication in addition to his new alien friend roaming the house alone also with a beer. Elliott’s misbehaviors continue, setting all the frogs loose in the biology lab. He then gives a girl in his class quite the kiss. Elliott is then sent to the principal’s office, which would have been the office of Harrison Ford in real life.

Ford’s character then punishes Elliott specifically for letting the frogs loose and explains to him the dangers and circumstances of underage drinking. The chair that Elliott is sitting in begins to levitate due to E.T.’s powers, but Ford’s character is turned around, facing the window. Elliott’s chair hits the floor because Ford’s character begins to turn around to see the levitation. In the end it appears to Ford’s character as though nothing out of the ordinary ever happened.

Why the scene was cut

In this unseen cameo, Ford’s face is apparently never shown, but his voice is so distinct that anyone would instantly recognize it. Ford starred in Spielberg’s previous film, Raiders of the Lost Ark, the year before so it was a no-brainer that Ford would do a cameo for E.T. However, in the grand scheme of things, Spielberg eventually had a change of heart. He thought that Ford’s scene might take away from the primary focus of the film, so it was cut. There was this idea that Ford’s role in the film might be a distraction in the film.

Despite being a tremendous actor in successful films, like Star Wars (1977) and The Empire Strikes Back (1980), Spielberg felt Ford’s appearance just wasn’t necessary for E.T. in the end. The clip below shows some blurry footage of the cut scene with Harrison Ford’s cameo.