Remember that Time Gracie Allen Ran for President? Yeah, Me Neither!

Gracie Allen was queen of the radio in the 1930s, but by 1940 she was looking for a new gag, something to really get people talking. With her husband, George Burns, they came up with a new idea- Gracie would give campaign speeches in her space cadet style on their radio show, The Hinds Honey & Almond Cream Program Starring George Burns & Gracie Allen, on CBS. 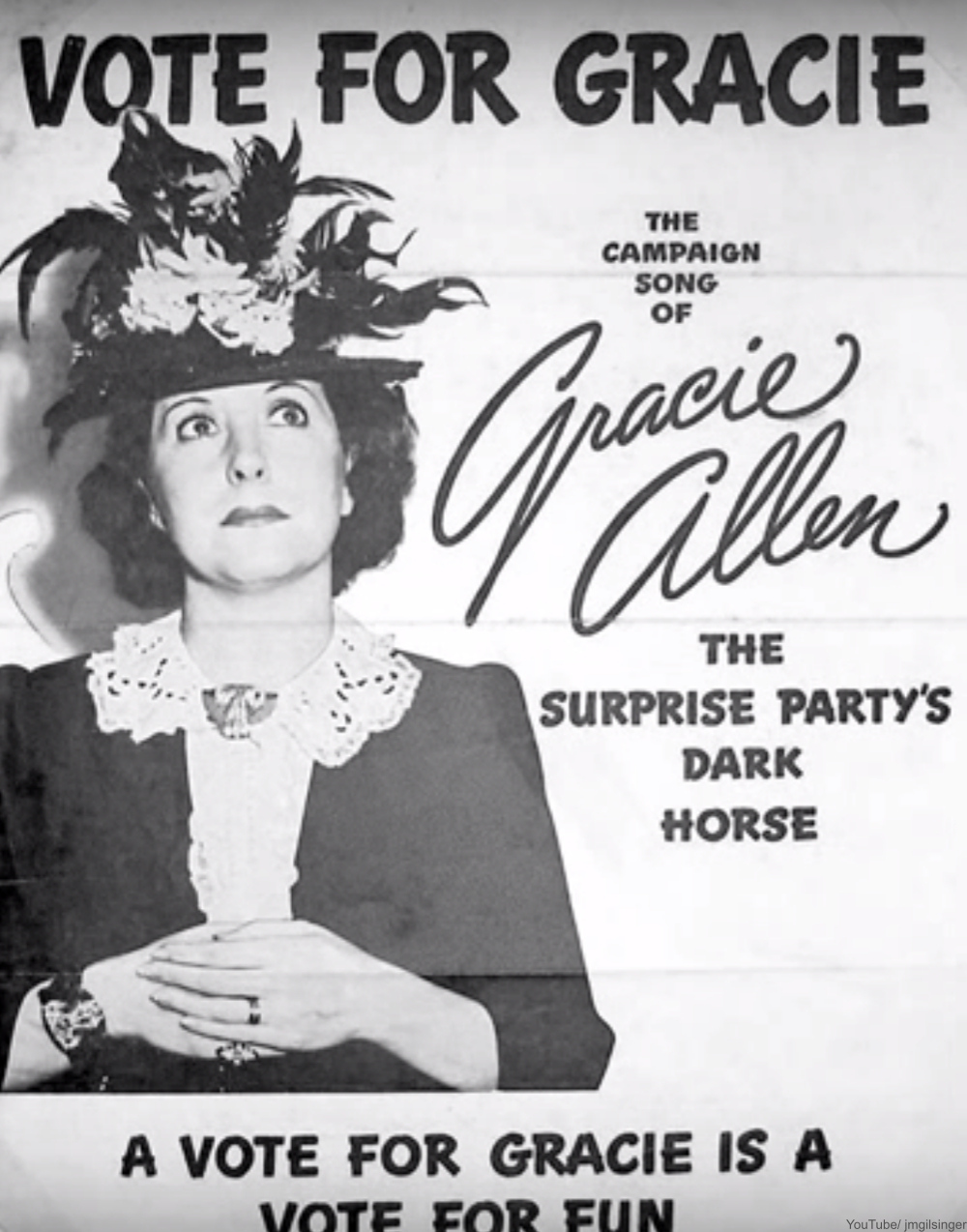 “Even big politicians don’t know what to do.
Gracie doesn’t know either, but neither do you.” Via/ YouTube

Allen ran on the Surprise Party ticket, a name that got a laugh in itself. Gracie ran as publicity stunt to garner listeners for the show, making numerous speeches, campaign stops, radio appearances and even helping to produce a book, How to Become President. Throughout 1940 Allen kept the stunt going, even going so far as to write newspaper articles about the current political climate. In her classic fashion, her seemingly nonsensical observations actually make more sense than most writers and talking heads. She writes that, while others may have their eye on the president’s chair, they should look at what he already has on it.

Gracie was booked on a whistle stop train tour during which she performed for fans her campaign songs and speeches. Allen was even invited to the White House by first lady, Eleanor Roosevelt, which she accepted. 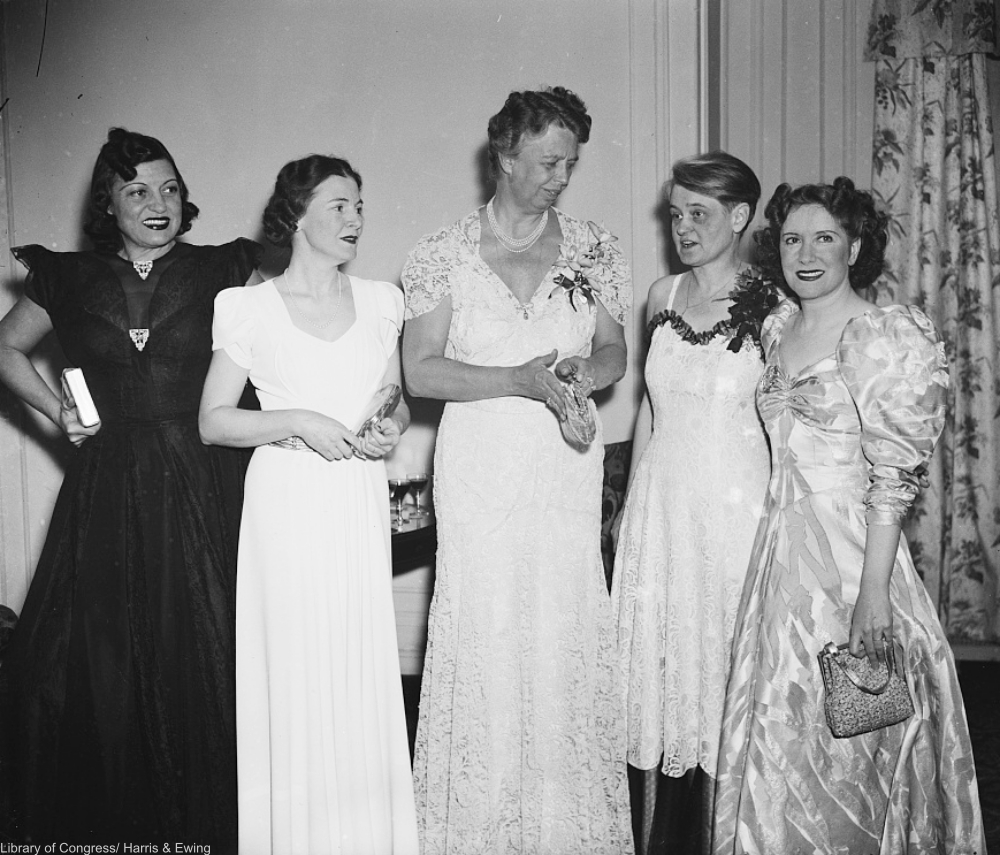 Allen did supposedly receive write-in votes, but the tally is not known. You can listen to one of her hilarious campaign songs below. And you can read about the very first woman to run for president right here.