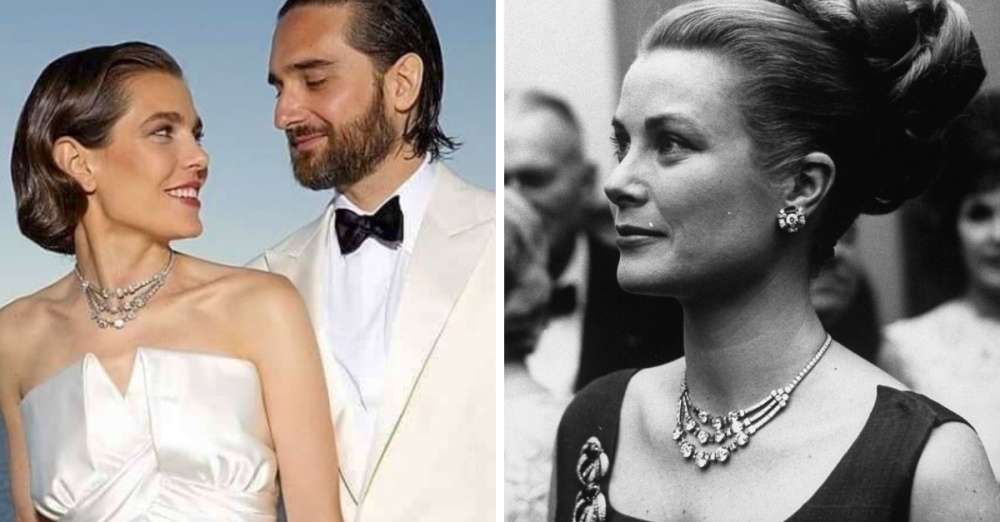 Grace Kelly’s granddaughter, Charlotte Casiraghi got married recently and looked just like her famous grandmother. She even borrowed a special piece of jewelry from Grace’s collection. Charlotte got married to film producer Dimitri Rassam, several months after they had their first child together.

They got married on June 1, 2019, at the Palais Princier in Monaco and everything looked beautiful! Charlotte wore a three-stranded Cartier diamond necklace that once belonged to her grandmother. The necklace was originally a wedding gift for Grace, so it was very appropriate! Her wardrobe on her wedding appeared to be a nod to her famous grandma.

See photos of the amazing necklace on both women

A post shared by Charlotte Casiraghi-Rassam (@charlottecasiraghi_) on Jun 2, 2019 at 5:34am PDT

Along with the Cartier necklace, she wore a white, strapless, wide-legged pantsuit. She had her hair slicked back. It certainly appeared that she was channeling the 1950s glamour that her grandmother had. The couple looks gorgeous together and so in love in these photos! 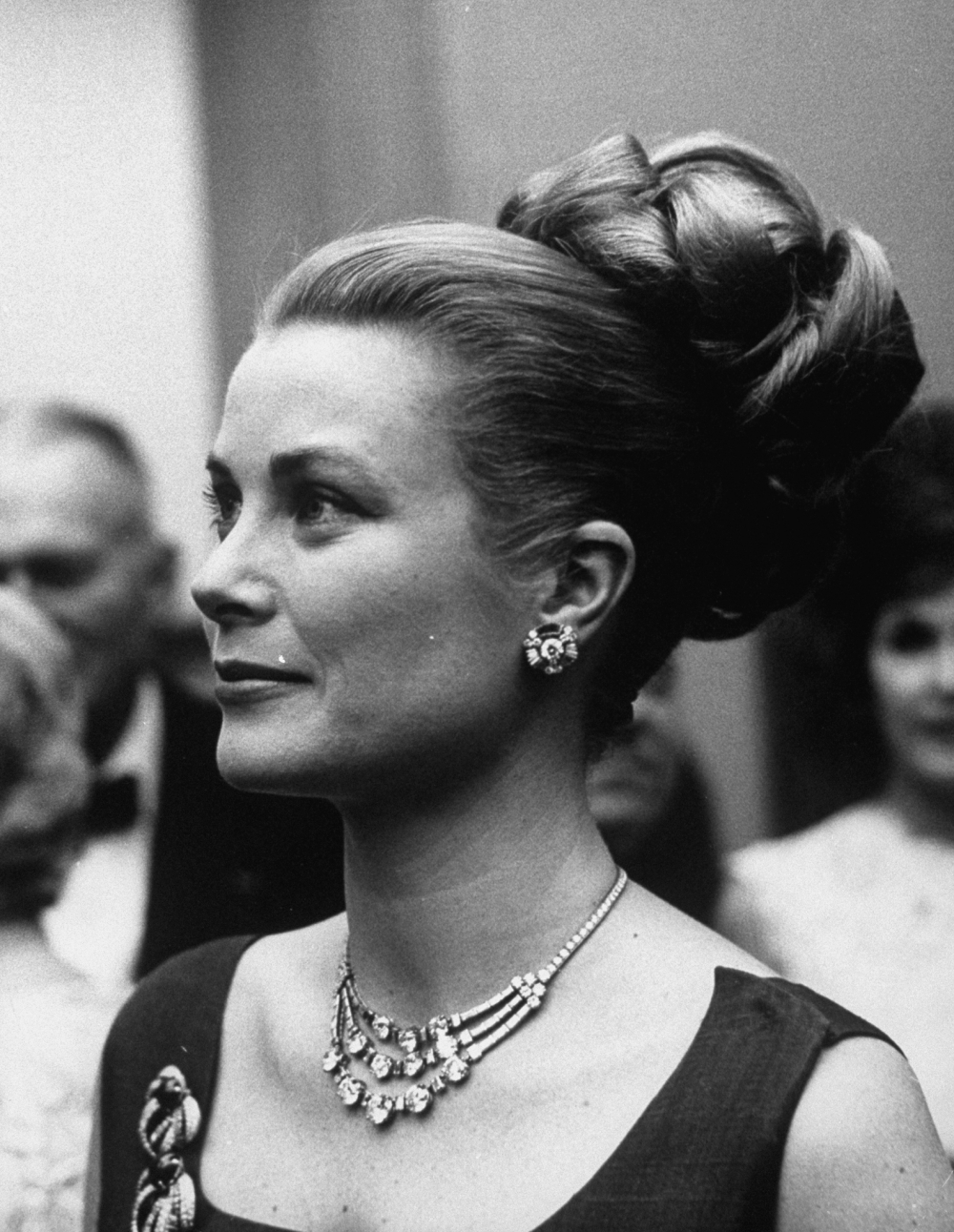 For other wedding festivities, she also wore a custom Yves Saint Laurent dress that looked similar to the one that Grace wore in the past. Princess Grace wore that particular dress to her civil ceremony. See the similarities in the dresses below. Do you think her outfit choice was a nod to her grandmother Grace?

A post shared by Charlotte Casiraghi-Rassam (@charlottecasiraghi_) on Jun 3, 2019 at 1:47am PDT

Grace became Princess Grace of Monaco when she married Prince Rainier III in 1956. Sadly, she died in a car accident in 1982. Grace had three children and now many grandchildren and great-grandchildren. Charlotte does not have a royal title, but she is 11th in line to the throne of Monaco. Prince Albert is the current prince of Monaco.

Grace was previously an actress and many knew her for her roles in High Noon (1952), The Country Girl (1954), and Rear Window (1954). Which movie of hers was your favorite? Grace definitely embodied that classic Hollywood glamour of the time. We are still sad she died so young. She was only 52. 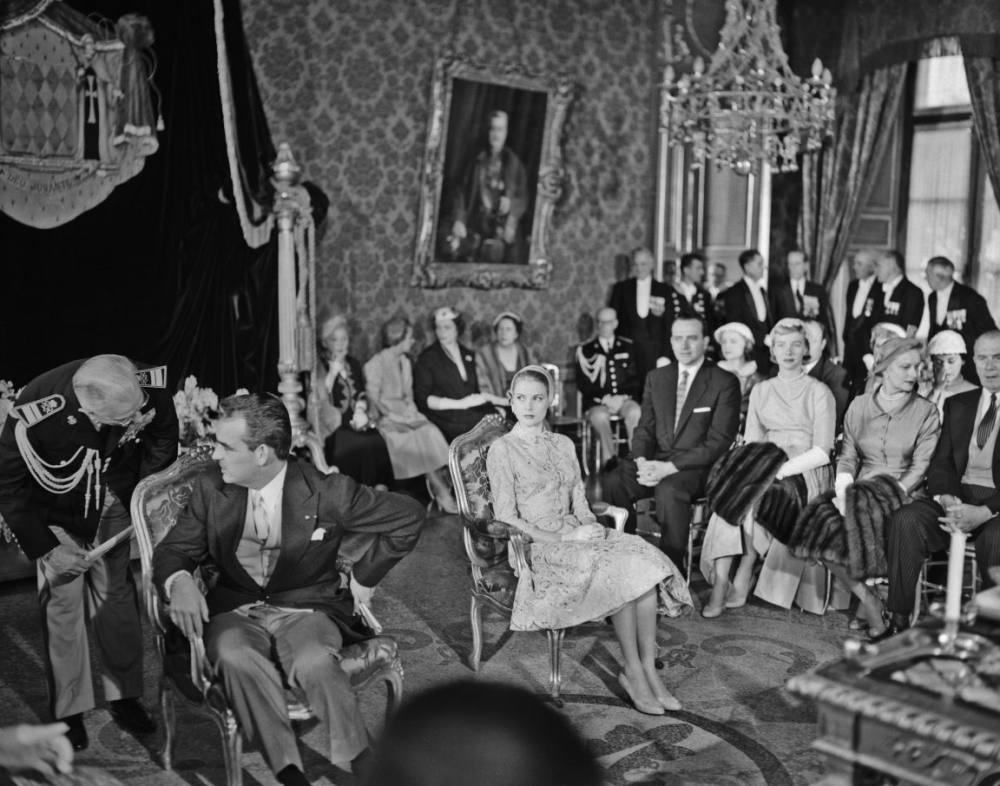 What do you think about Charlotte wearing her grandmothers jewelry at her wedding? Do you think she was trying to channel her gorgeous actress turned princess grandmother? She certainly looked beautiful! We wish Charlotte and Dimitri a lifetime of happiness.

Charlotte and Dimitri also recently welcomed a baby girl, their first child together, last year! Learn more about their relationship.