The Lost Tradition of Church Cookbooks

In the old days, many women cooked using recipe cards that were lovingly filled out and sent upon request from their friends and family members- or they were copied hurriedly after a particularly good meal at someone else’s house. These were the days of “secret recipes” and it was a sign of how much someone liked you if they were willing to let you copy their recipes, even more so if they took the time make a recipe card for you! Cookbooks were not in such great supply as they are today and many housewives didn’t even begin using them regularly until the early 1900s. And, it was during this time that church cookbooks began to gain sway. 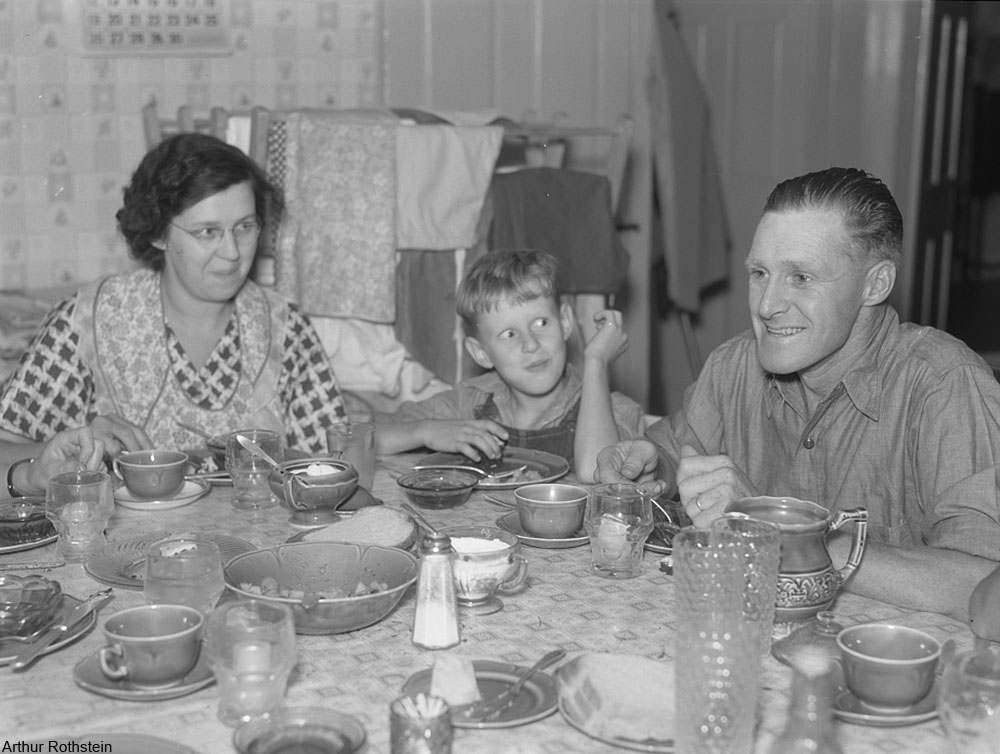 These community cookbooks were often published by groups as way to raise money and/or publicity for their cause- be it a church, hospital, school, suffragette group, or other organization. Women members of these fundraising teams would make a call for recipes and then organize them into a cookbook, often with a full range of recipes encompassing full meals, candies, and even beverages.

Often times cookbooks would be subsidized by the addition of advertisements from local businesses which helped to cover the printing costs. Then the sales of each book would go towards the organization in question. This was done in addition to other fundraisers like bake sales and picnics, but was an equally public way of showing off one’s prowess in the kitchen. 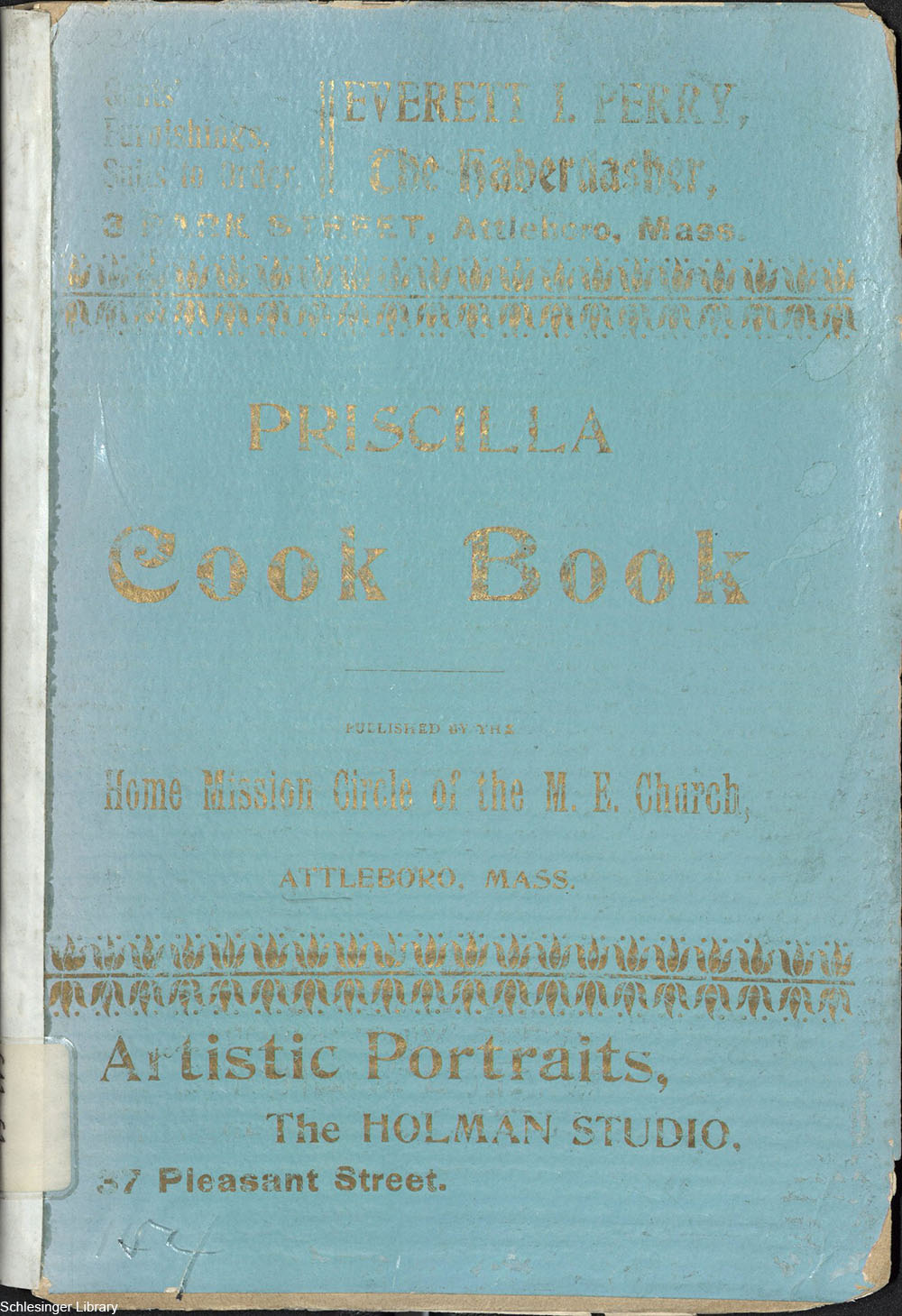 Many of the recipes in the books would have the contributor’s name in the title and would sometimes feature her address or a short biography. This was were a woman had to be very confident in her skills- so much so that one of her favorite recipes would now essentially be in the public domain for all to copy.

The first of these community cookbooks was A Poetical Cookbook from 1864, a tome to benefit Union soldiers injured in the Civil War in an era when both sides were struggling to provide food and medical care to the troops. More than 3,000 such community cookbooks were published between 1864 and 1922, making them a hugely popular way to raise money. Today they also serve as a legacy to the old ways of cooking and the role of women in (and outside of) of the home. 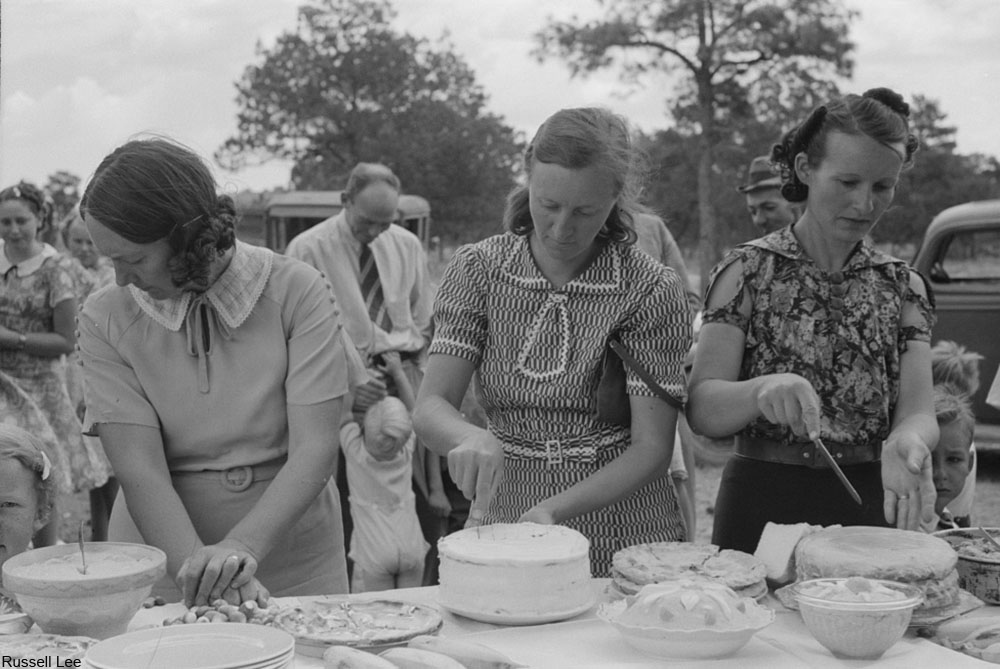 These books were largely published by women for women, with some exceptions here and there. They are unofficial records of the past, containing information not recorded elsewhere like which dishes were popular in various regions or alternative cooking methods for common dishes.

At the time details like these were not considered important enough to write about otherwise. Even ladies’ magazines of the era often published more widely-appealing recipes that stripped the local flavor and idiosyncratic details from regional recipes, catering to the broadest possible audience.

Recipes from community cookbooks, although not created by professional chefs, were considered to have been tried and tested in the home environment. Some books even used that idea in selling their books, as in the example below: “A Collection of Tested Recipes.” 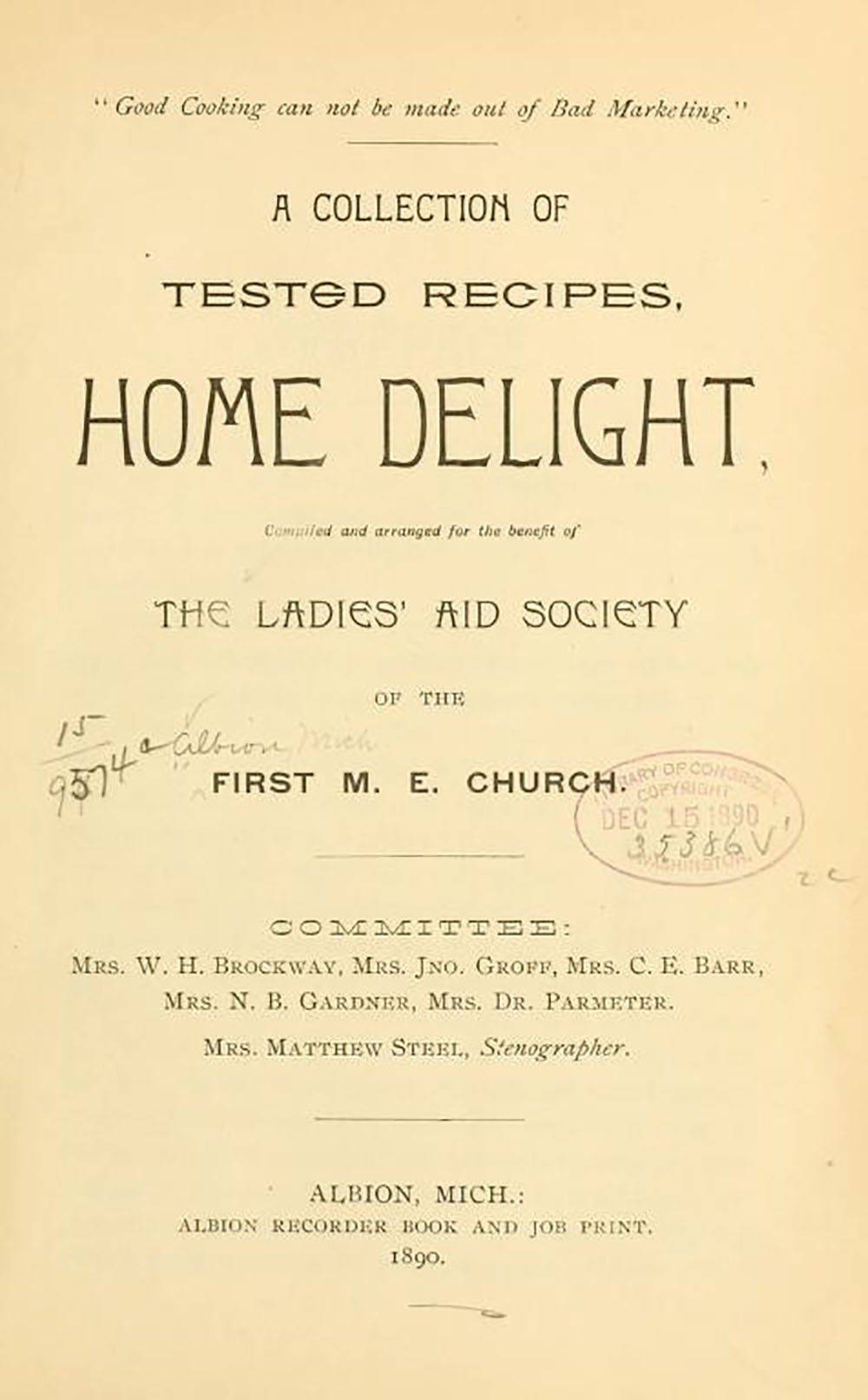 This type of cookbook today is a dying breed. Not only have online recipes changed the way we cook, but fundraisers today often focus on events like marathons or else tend to sell a finished product to supporters, something which really got started in the 1970s with fundraising catalogues selling everything from homewares to wrapping paper to candies. 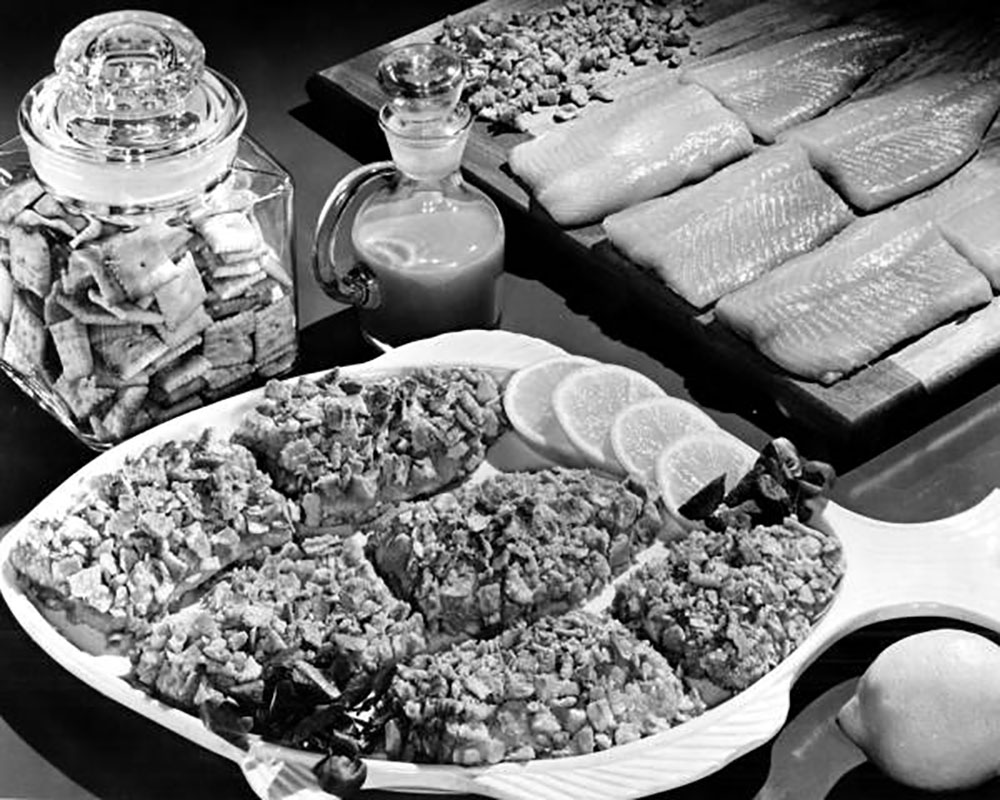 There still are still a few community cookbooks being printed today- sometimes offered more as a memento than as a great source of new recipes. Of course that all depends on your perspective. But, one thing is for certain- the golden era of community cookbooks is long gone.