It can be rather hard to believe, but there have been many times when historical sites have been paved over and then totally forgotten about. Hordes of gold, artifacts, and history can be left rotting in the ground until there is some cause for work to be done. Once the discovery is made it can mean years of research in order to find all the pieces of these historical gems. Have a look at 4 incredible archaeological sites which were hiding underneath parking lots all along.

The Fortress of Acra was intended to be a safeguard for the City of David, and years later when the city was unearthed, the Acra was buried under the parking lot for visitors to the historic site. 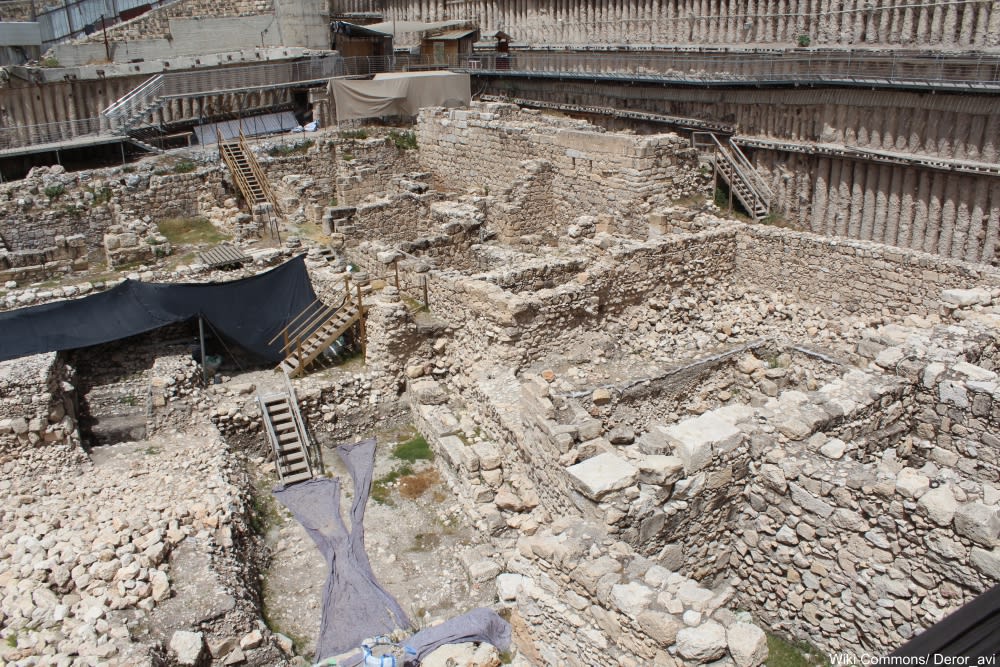 In 2015 the discovery was made on the backs of several discoveries during the 1960s-70s which included bunkers. The Acra was the site of a decades-long conflict between the Maccabean rebels and the forces of Antiochus IV Epiphanes, who massacred Jews by the thousands and erected altars to Roman gods inside their temples to deconsecrate them – all this after making it illegal in Jerusalem to practice the Jewish religion.

Today the site is partially reconstructed with materials found on site in a winding series of rooms and pathways which a sense of how bustling it must haver been on a daily basis before it was captured by the Maccabees in 141 BC, at which point the leading Maccabee, Simon, spent three years tearing down the Acra. Among the many finds was a hoard of 256 Byzantine gold coins. 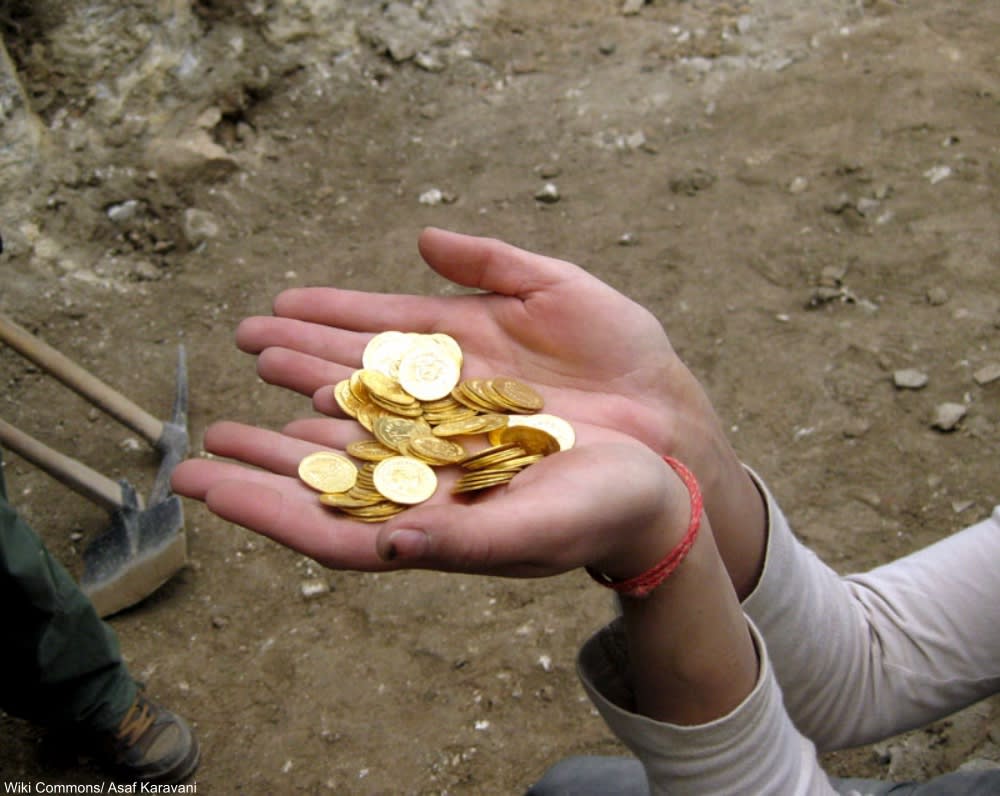 In 2012 the remains of what was suspected to be King Richard III were found in Leicester during an archaeological dig searching for his burial site. The remains were tested against a known relative of the king, one Michael Ibsen and it was confirmed that the 15th century king had indeed been found. The remains were carefully studied for a few years and then re-buried in the Leicester Cathedral in 2015. Another distant cousin, actor Benedict Cumberbatch, read a poem at the packed memorial for the lost king. 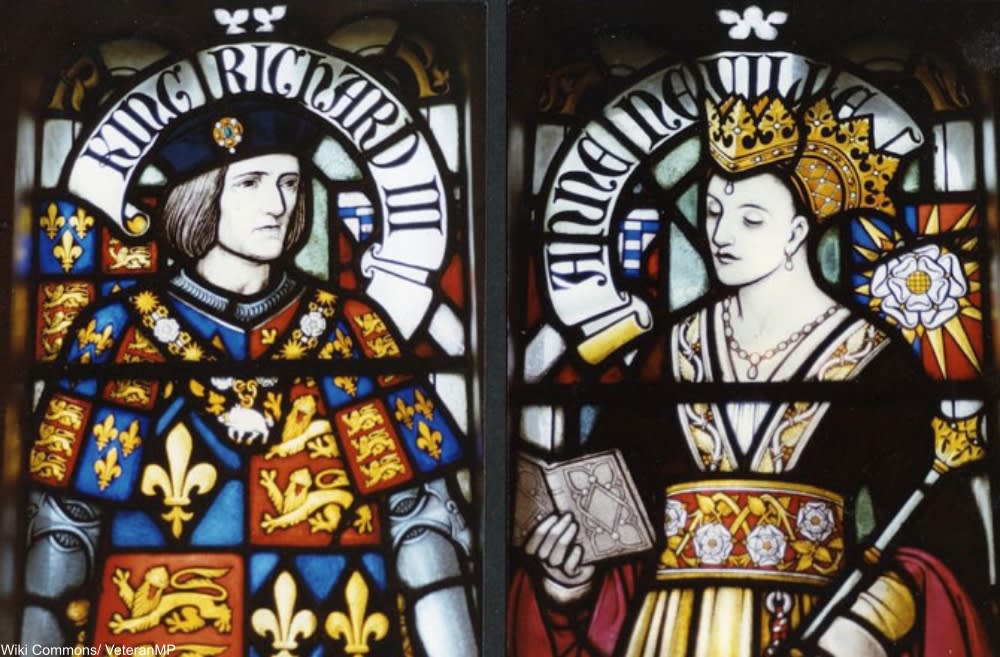 King Richard III was not given a royal burial despite being the last English king to die in battle. Instead he was carried back from the battlefield, displayed naked for the townspeople, and then hastily buried at the Franciscan Greyfriar’s church in Leister. The area had been demolished and paved over many years prior and there was no marker as to the hated King Richard III’s grave. 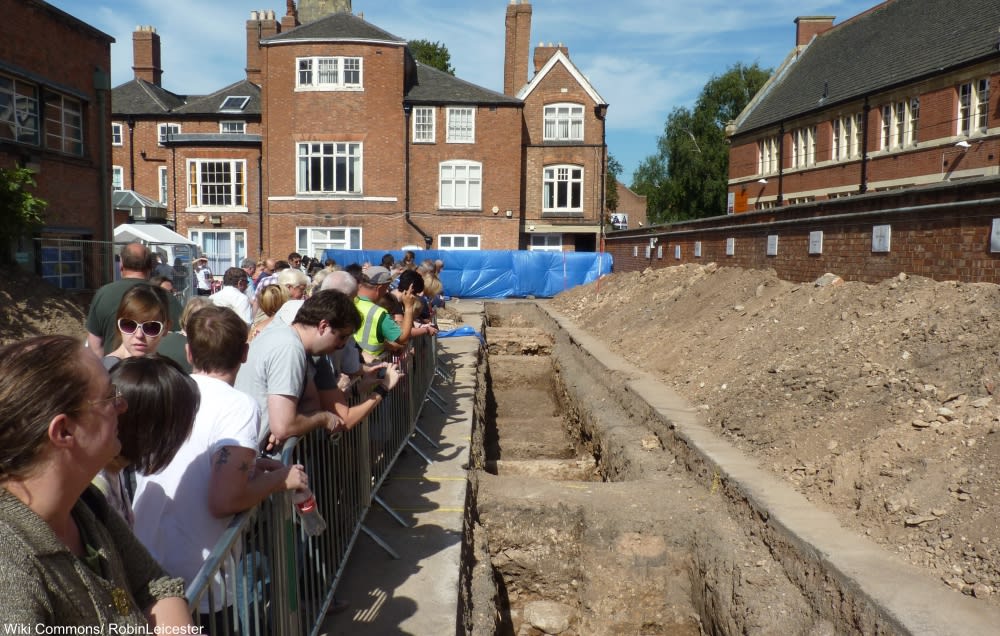 In 1834 a grand building was constructed in Montreal, Canada, which epitomized modern technology. St. Ann’s Market was one of the first buildings in North America to house a sewer underneath. in 1844 it became the Parliament of the Province of Canada, but was burned down in a riot in 1849 by British loyalists who were deeply angered by moves towards Canadian independence. 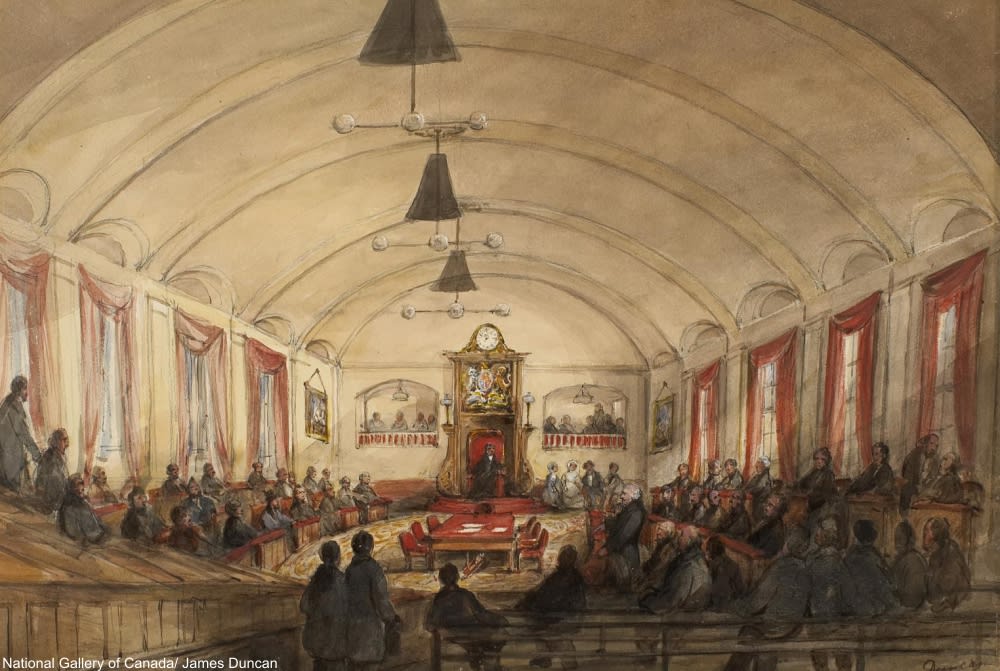 The site was built upon again in 1851 as another market and was destroyed in 1901. All the while the sewer still functioned beneath and continued to do so until 1989. However, by that point the market had been torn down, documentation lost, and the site paved over to become a parking lot. 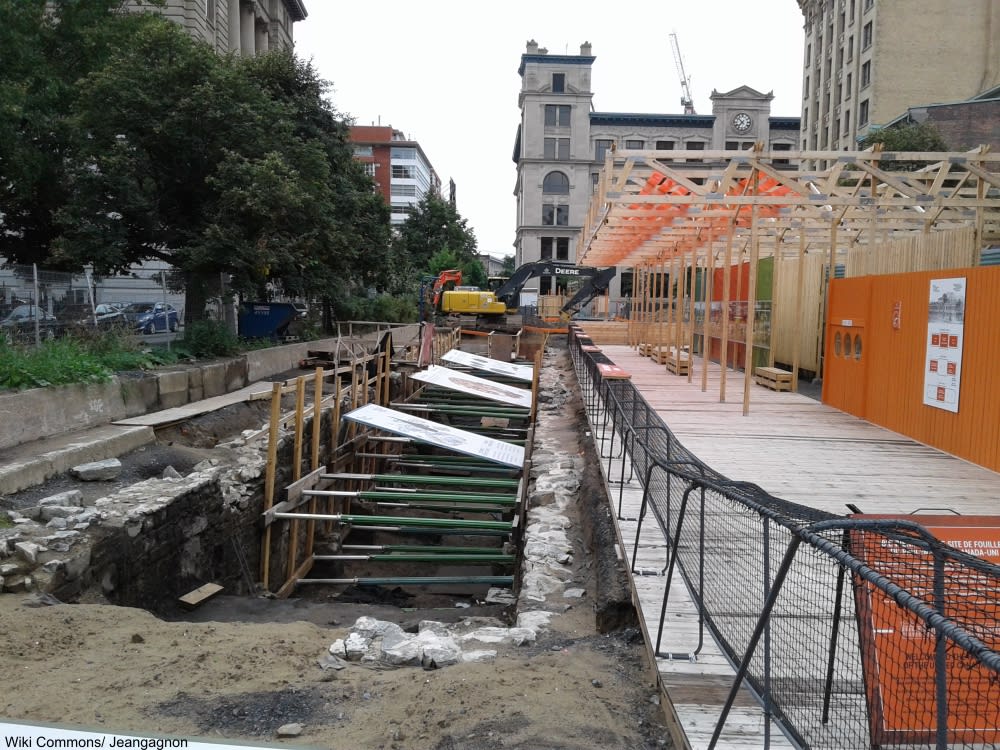 The site was excavated in 2010 and many fragments from the chaotic riot were discovered. Among the finds were pipes, eyeglasses, liquor bottles, and many well-preserved books all left behind in haste. The odd thing is that the fire combined with the quick sealing off of the former Parliament building meant that many of the artifacts inside were preserved via a process called carbonization – similar to what happened at Pompeii.

1) The Lost Chapel of Henry VII

The Tudor reign was marked by distinctive architecture, religious reform, and much political strife. The king’s place in Greenwich, South London, was known after his death as the Royal Palace of Placentia. Later the Tudor building was turned into a hospital and subsequently torn down in the 1600s, only to be built up again as the Royal Hospital it is today. 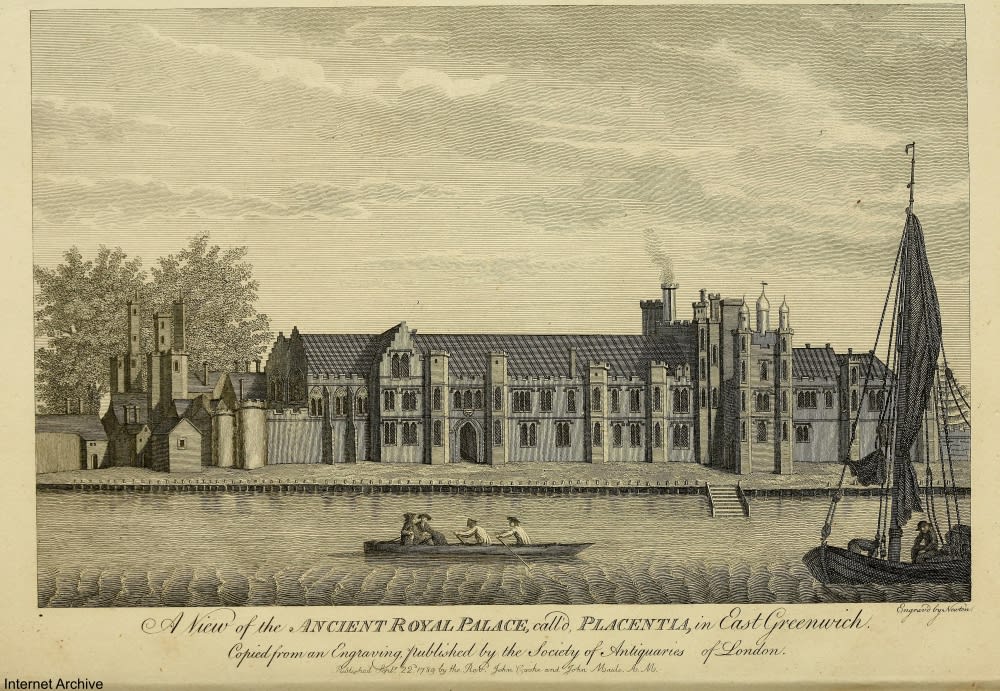 Under the hospital’s parking lot was the royal chapel that was built alongside the 1440’s palace. This is where King Henry VIII (his son) would get married to Catherine of Aragon and Anne of Cleeves, strangely the only two marriages he was able to get annulled. The chapel was known at the time as the church of the Observant Friars which was attached to the Greenwich palace. 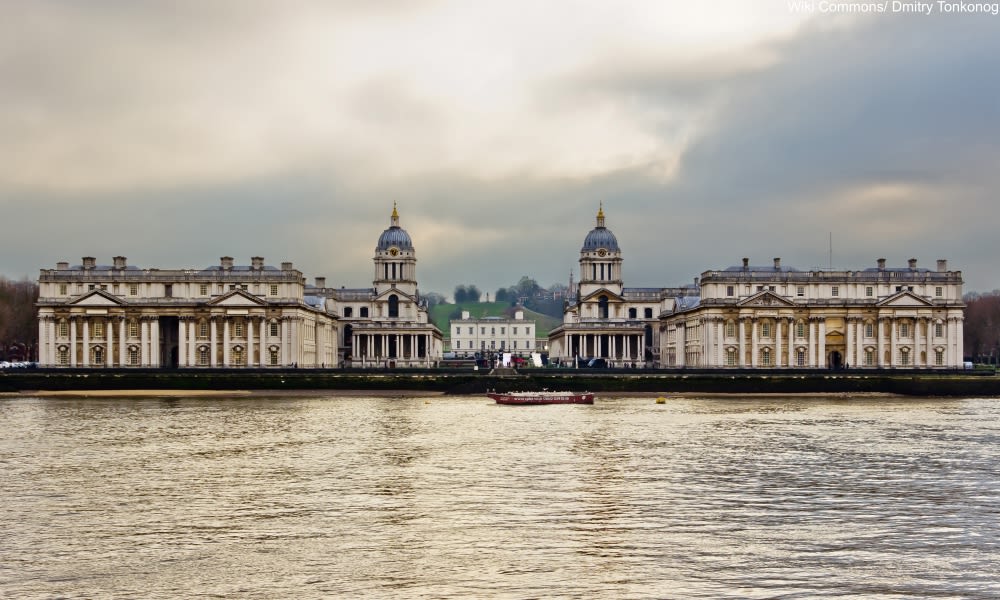 The remnants of the chapel were discovered in 2006 and the floor of the chapel was made from black and white glazed tiles. In 2017 the foundations of some service rooms of the palace were also discovered – places where beer was brewed, bees kept, and bread baked.

Ancient city in Turkey found when one man began remodeling his home: Click “Next Page” below!