Dromedaries At The Civil War?! The Forgotten Story of the U.S. Camel Corps

It may be hard to believe, but there were camels present on the frontier and they played a part in the Civil War. It’s not very well known, but the program that utilized these desert-dwelling animals continued for a decade, with training and endurance tests designed to explore the usefulness of camels in the wilds of the unsettled West. Between 1856 and 1866 camels were being used in training and hauling, with the primary action taking place at Camp Verde in Texas. 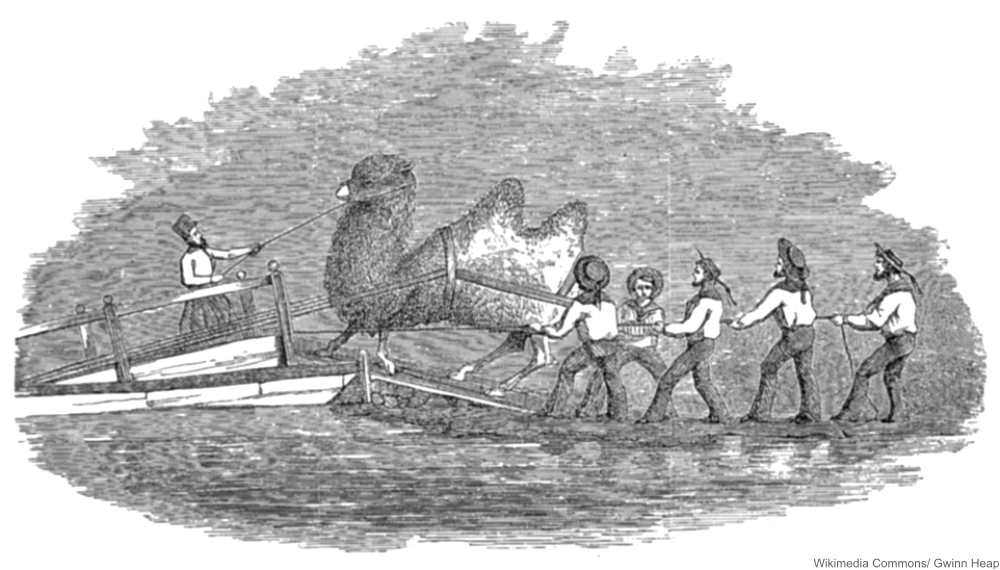 Illustration by Gwinn Heap drawn for Jefferson Davis showing the arrival of camels. Via/ Wikipedia

When Lt. George Crossman and E.H. Miller had the idea to use camels for traversing the rough terrain of the new frontiers of America in 1836, they wrote a proposal to the War Department and were swiftly rejected. It was only when word of this idea spread to Senator Jefferson Davis that he was able to, after a time, convince Congress and the President that camels just might be the answer. In 1855 that his requests were finally approved, including $30,000 for the importation of said camels.

In 1857 there were a total of 70 camels of various breeds at Camp Verde. They were obtained over the course of two acquisition trips abroad. In side-by-side comparisons of the camels’ hauling capacity and endurance as compared to oxen or mules, the camels proved they could haul heavy loads quicker. In a report to Congress in 1858 the camels received glowing praise by Edward Beale, a contractor for the U.S. government who had been ordered to use the camels as part of his duties. Beale argued that not only were they better at surviving the conditions of the Southwest, they were a cheaper method of transporting supplies. He even went so far as to use the words “noble” and “docile” to describe them! 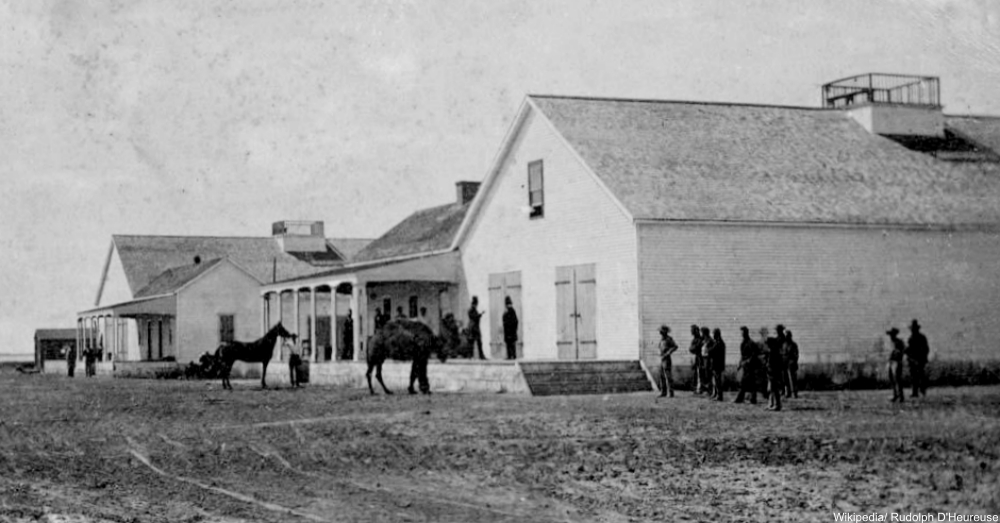 This is the only known surviving photograph of the Camel Corps in action. Via/Wikipedia

It wasn’t until 1860 that the first “official” Army tests of the camels began, mostly favorable, with only one test in which the camels did not excel. But, these tests were cut short by the outbreak of the Civil War. Camp Verde was occupied by rebel forces in 1861 and several of the camels there were used to transport Confederate supplies.

The original proponent of the camel idea, Jefferson Davis, now sided with and directed the Confederate forces. Davis’ lack of loyalty to the Union put the project in jeopardy after the Civil War was over, as anything with his name on it was now suspect. Davis was accused, but not tried, only serving two years imprisonment. The camels, however, were sold off in 1864 and 1866, to circuses, ranchers, and, transport companies. Many of them ended up being turned loose by these private owners, leading to sightings of wild camels in California and across the Southwest well into the 1930s or 1940s!

This forgotten history has intrigued some in Texas who are now trying to bring back the Camel Corps in all its glory. While the idea of a Camel Corps may prove just as unpopular today as it did in the 19th century, it’s great that these hard-working animals are finally getting some recognition in the U.S.

Have you heard about the Angel Glow of Civil War troops? Click here to read about it!