In the book Farmer Boy Laura Ingalls Wilder describes the vast quantities of food needed to sustain Almanzo’s large farming family and storage in the root cellar was crucial to that effort. Keeping foods in the root cellar was the most efficient way to store foodstuffs and once upon a time root cellars were fundamental to settlers and farmers across America. 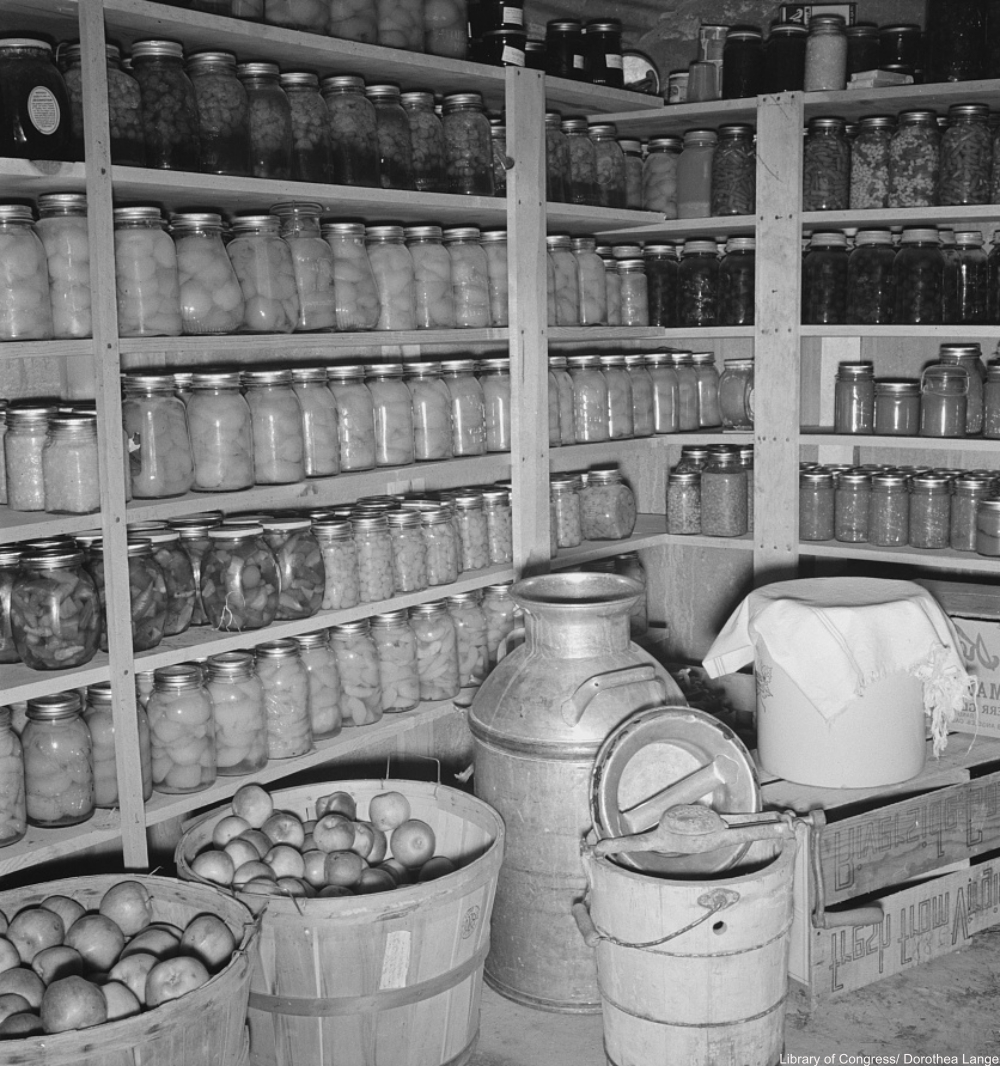 Root cellars can be under the house or a separate building, but either way they were of great importance to many families from colonial times all the way up until World War II. 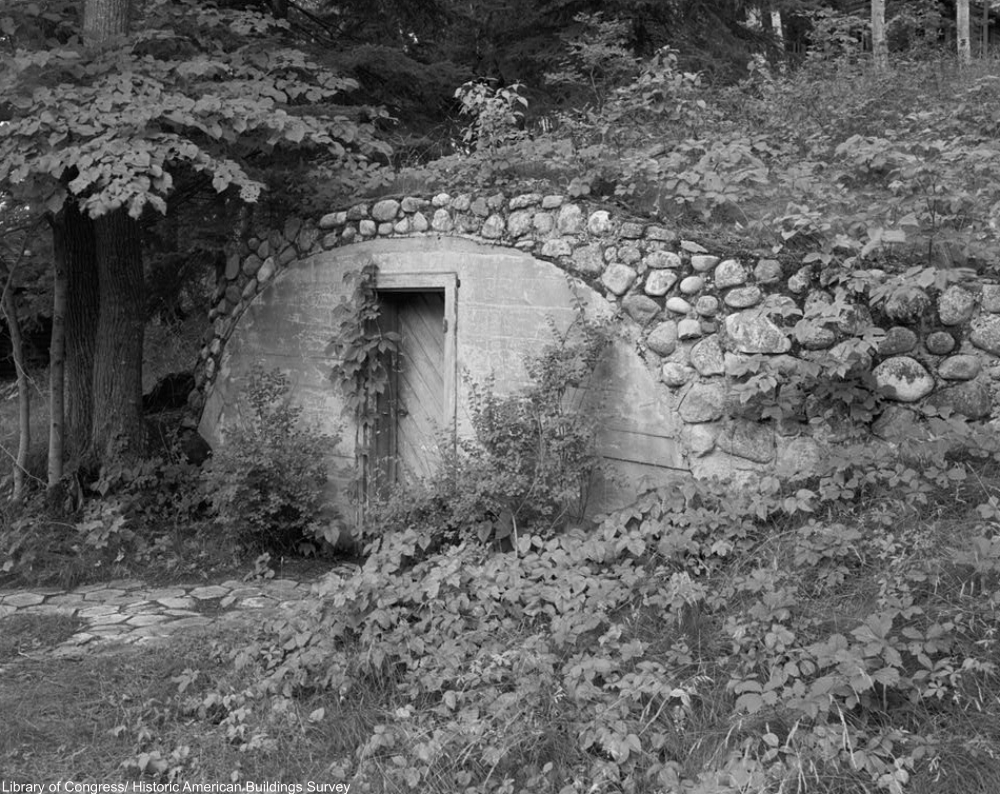 Root cellars were not a hugely common feature of many houses in England, so the when the settlers came to the Americas they discovered they needed to be much more proactive about their food storage in the more-humid climes they now called home. Colonial New England homes were often outfitted with storage space below ground, and the tradition became common across the country by the time of Westward expansion in the 1800s.

Some root cellars were also storage for other goods or even wash rooms. Other root cellars also served as storage for animal feed as well, though the sheer volume of feed needed to see the livestock through the winter would necessitate a huge space. 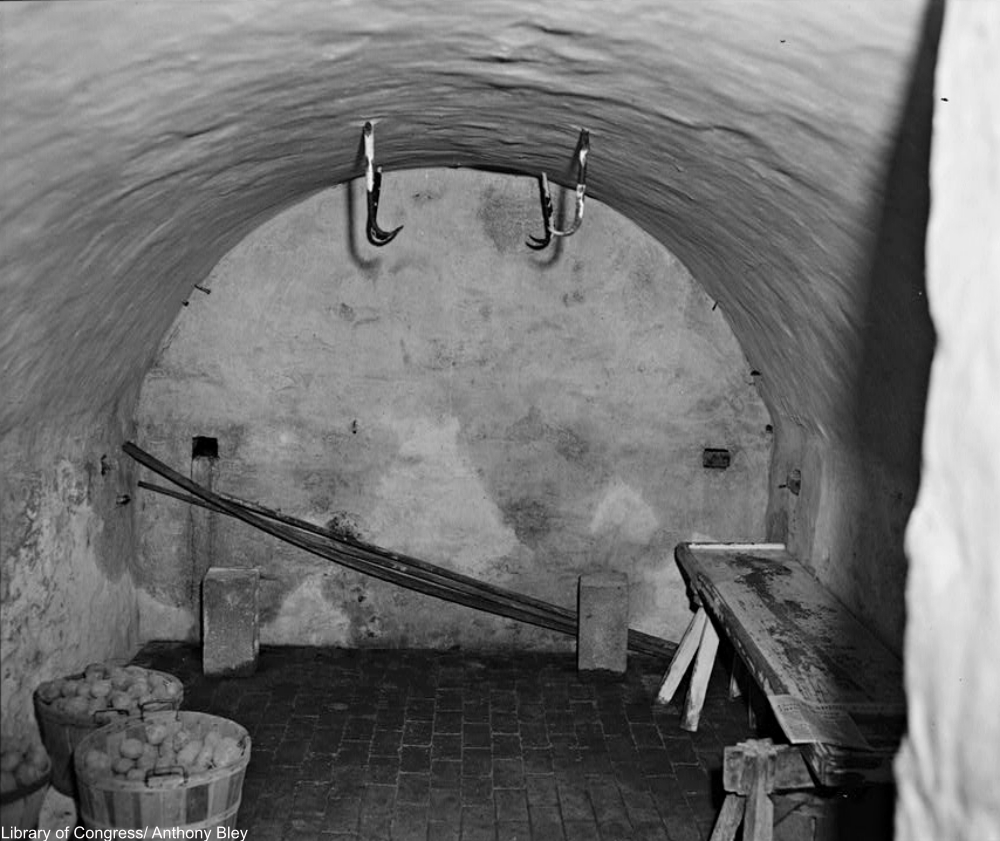 Generally speaking, building a root cellar implied you planned to stay where you were for a while, so many settlers did not have them. But, for those who lived in sod dugout houses built into banks or hills, the home was partially underground anyways and might have been of suitable temperature.

During the Great Depression and WWII, the Office of War Information and the Farm Security Administration encouraged people to “put up” foodstuffs and use their existing root cellars or even make new ones. They were encouraged to waste nothing and that meant keeping food as fresh as possible for as long as possible. 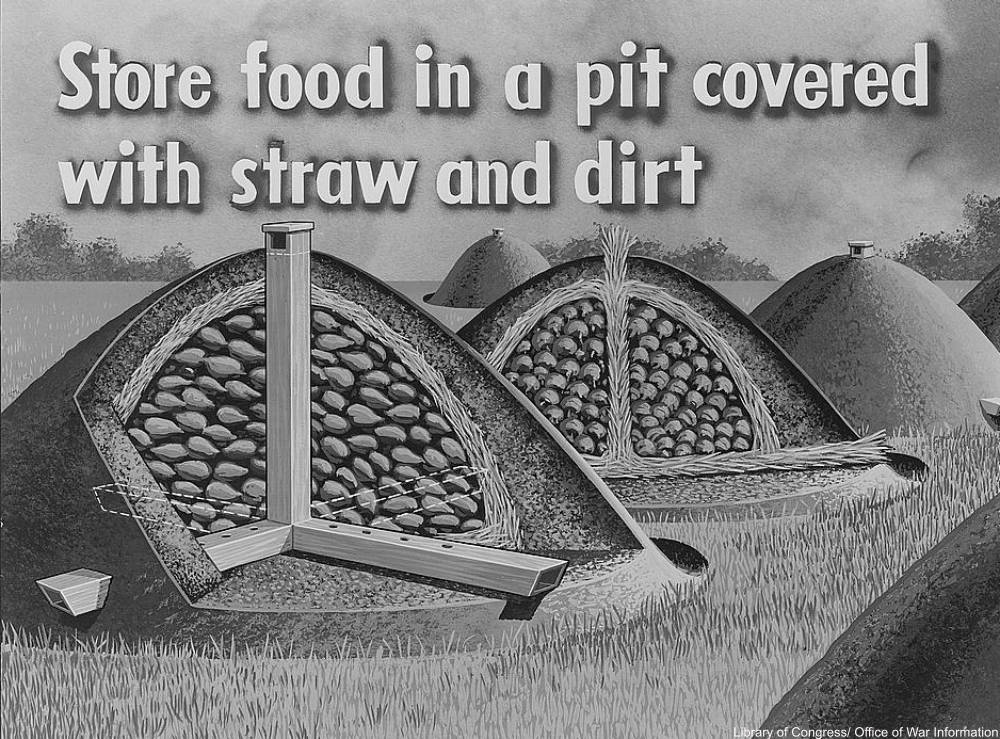 Office of War Information visual aid for educating the public on food storage, 1942. Via/ Library of Congress

While the ideal for many farmers would have been that meat, dairy, vegetables, and fruits should be kept in separate spaces, most folks did not have that luxury and had to store their foods together. Apples are said to spoil other foods more quickly, but in a cold enough environment, kept in baskets, the apples can be safely stored with root vegetables and other foodstuffs. The ideal root cellar is at least 4 feet below ground level and is continuously cooler than 45 degrees F. 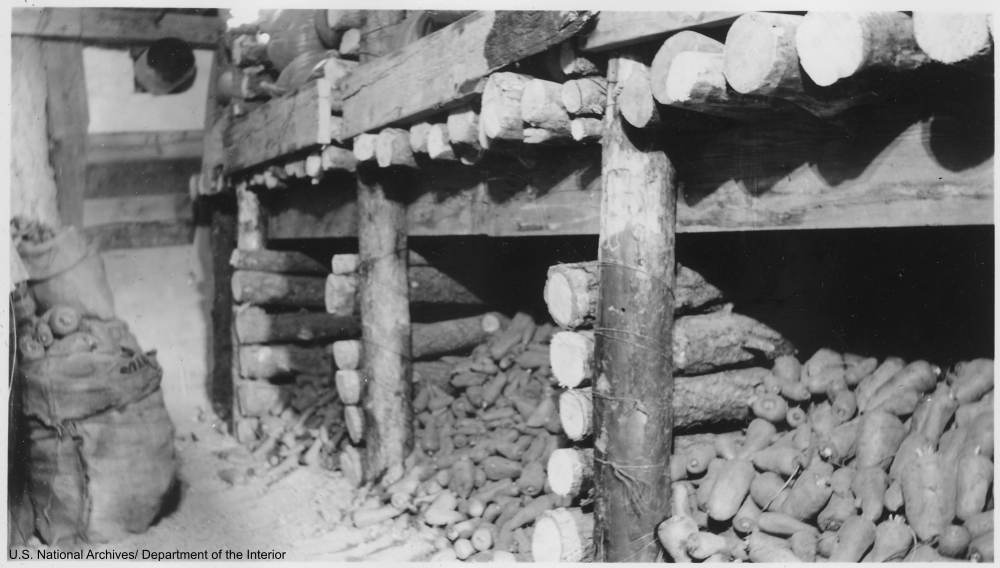 Prevailing wisdom on how to store things usually went something like this: garlic and papers hanging, beans dried and strung (hanging) or canned, potatoes in piles together (sometimes buried in sand), apples in bushels, and cured meat hung from hooks (often in a cloth bag if possible), other fruits to be canned as quickly as possible, with corn often hung to dry to be made into cornmeal.

Even those who didn’t farm often had storage in the root cellar, as most families couldn’t afford to pass up a barter of potatoes or apples or ham and most people didn’t have a refrigerator until after WWII. 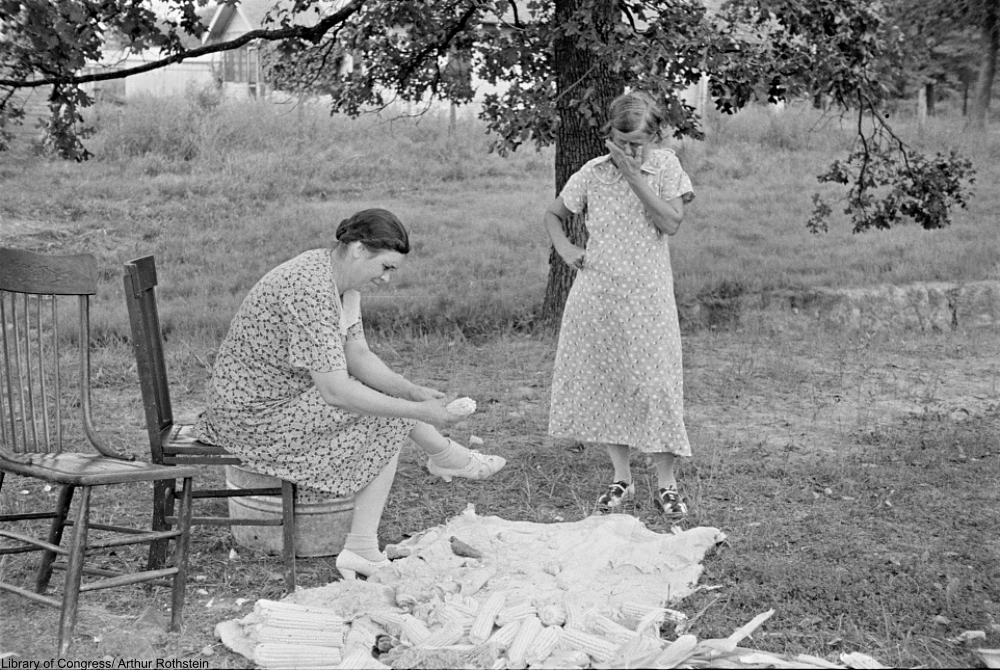 While it wasn’t easy to process all that food it was very much needed to see them through long and harsh winters (and extremely useful for keeping dairy items fresh in the summer as well). As long as we have refrigerators the root cellar probably won’t be making a comeback anytime soon, but this method of food storage was critical to making ends meet for scores of Americans for centuries.

If you enjoyed this then check out these 8 intriguing recipes from the Little House books!