The life of a railroad worker in the Victorian era was often in peril. Accidents from dangerous situations and hazardous working conditions threatened (and took) what would be an unthinkable number of lives in our modern era.

The jobs on the railroad and at depots were so dangerous that special surgeons, qualified in trauma and emergency amputation, were on hand to deal with railroad-specific injuries. Akin to Civil War surgeons and trained in triage and amputation, these railway surgeons have largely been left from history, despite having a huge impact on modern medicine. 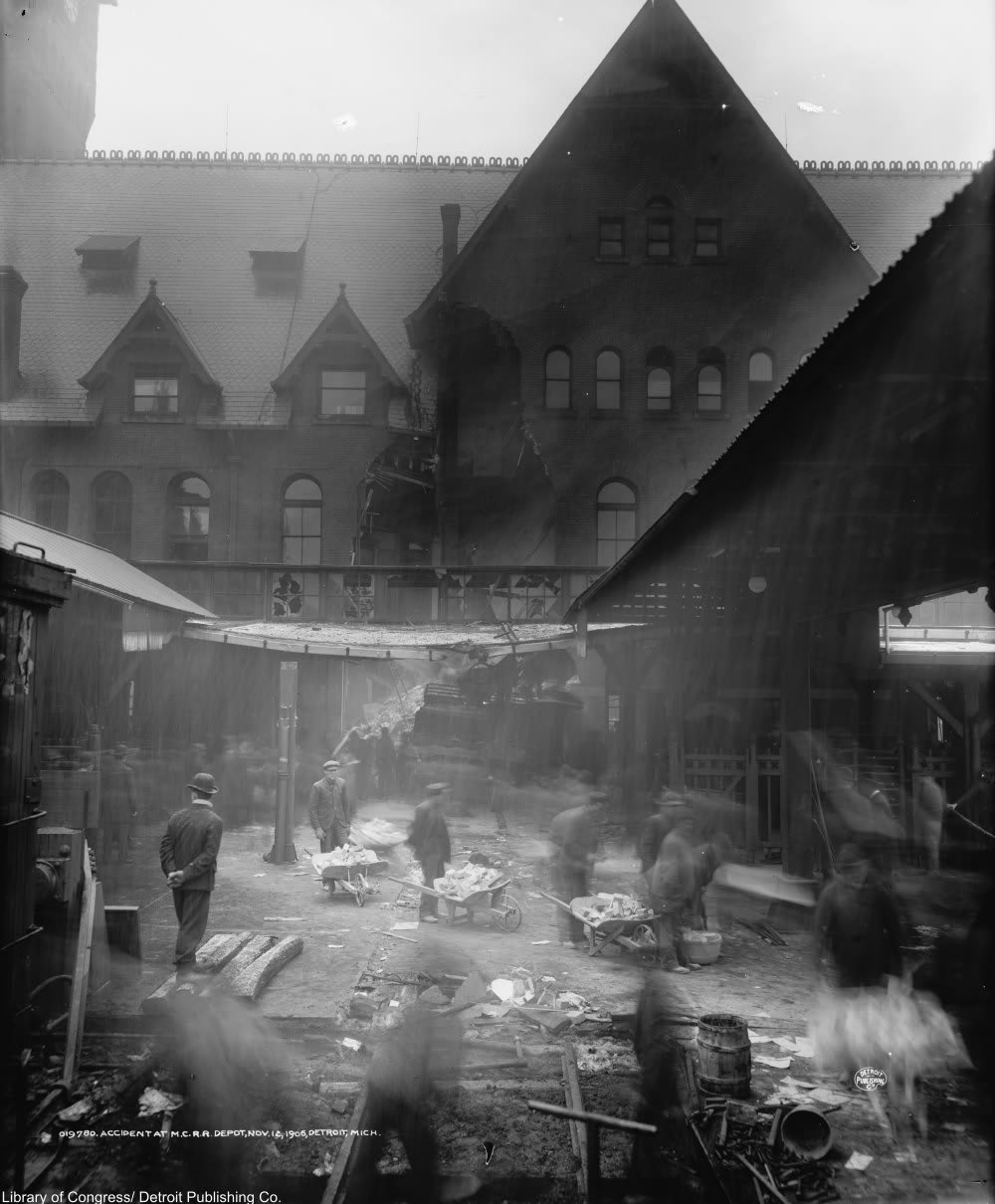 Accident in a Detroit rail yard which severely damaged the station. Via/ Library of Congress

These specialists were needed to help deal with the blood loss, head injuries, amputations, and even deaths that occurred from working on the railroad. These types of industrial accidents were widespread, and many train yards and railroad companies thought them unavoidable. In addition to the gruesome injuries from railroad specific accidents, there were many run-of-the-mill injuries from simply loading and unloading goods from train cars. 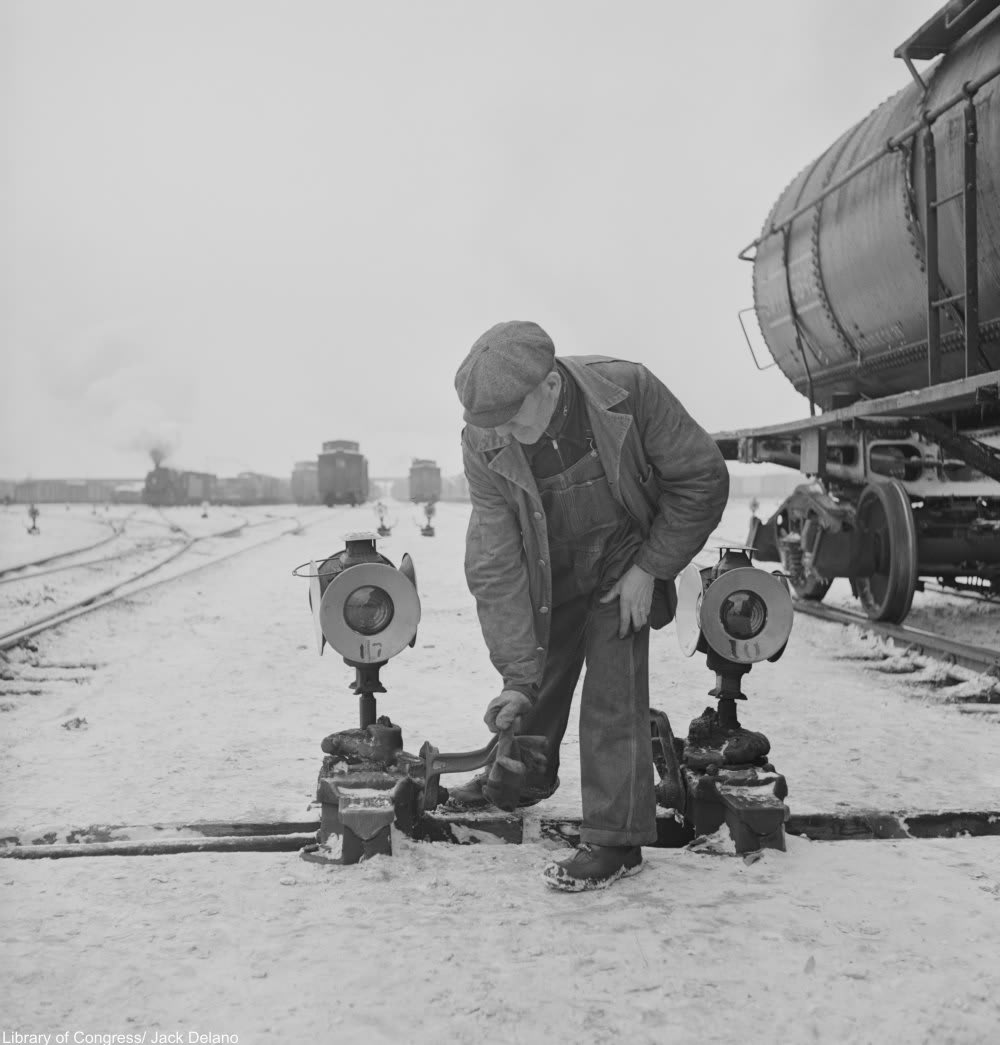 Horrific injuries were not unheard of in the industry. So dangerous were these railway jobs that in 1889 a whopping 1 in 3 men had sustained injuries on the job, while about 8% died on the job from their injuries! By 1900 those numbers had dropped to around 1 in 400 railroad workers dead on the job.

It wouldn’t be until the mid 20th century that industrial safety would be seen as not only a more humane way to do business, but as a money-saving measure. In the 19th and early 20th centuries, safety was not paramount in many companies, least of all the railroads, which were the backbone of commerce and industry at the time. Safety acts passed by congress as well as union leverage eventually created safer work environments for railroad workers.

Train wrecks made front page news at the time, but the dangers of working on the railroad everyday were seldom publicized and many regular folks were ignorant as to the dangers of the job. The public was also largely unaware of the railway surgeons or how often they were needed and thus even some train enthusiasts today remain in the dark about these railway doctors. 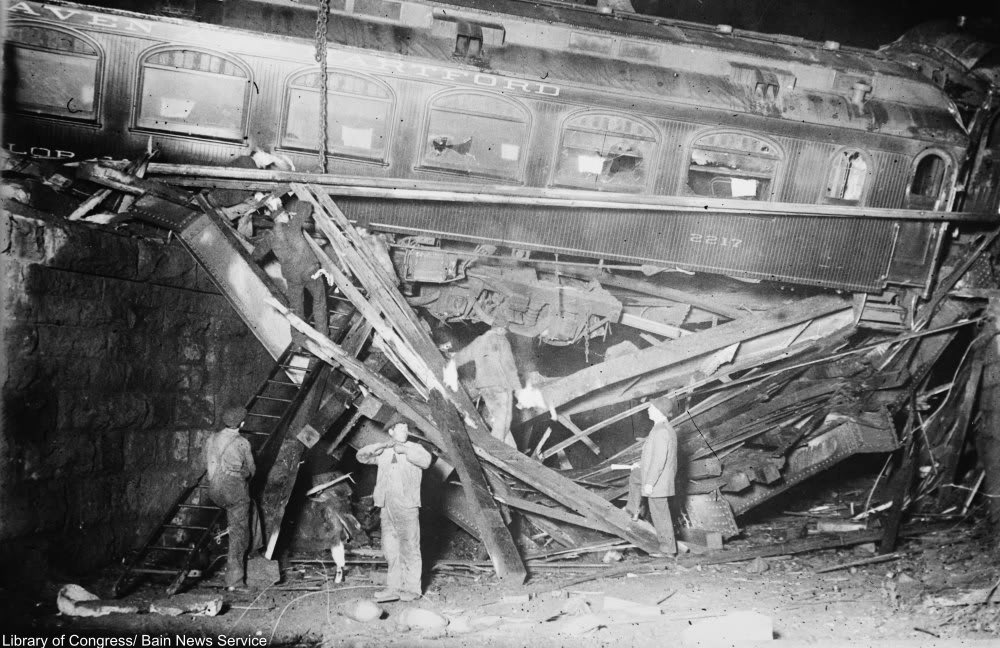 There were associations both regional and national for the railway surgeons and magazines devoted to the findings of these esoteric trauma doctors. These magazines contained ads for prosthetic limbs, internal analgesics, and heroin tablets as well as articles on the new concept of first aid and new treatments for crushed bodies and limbs. 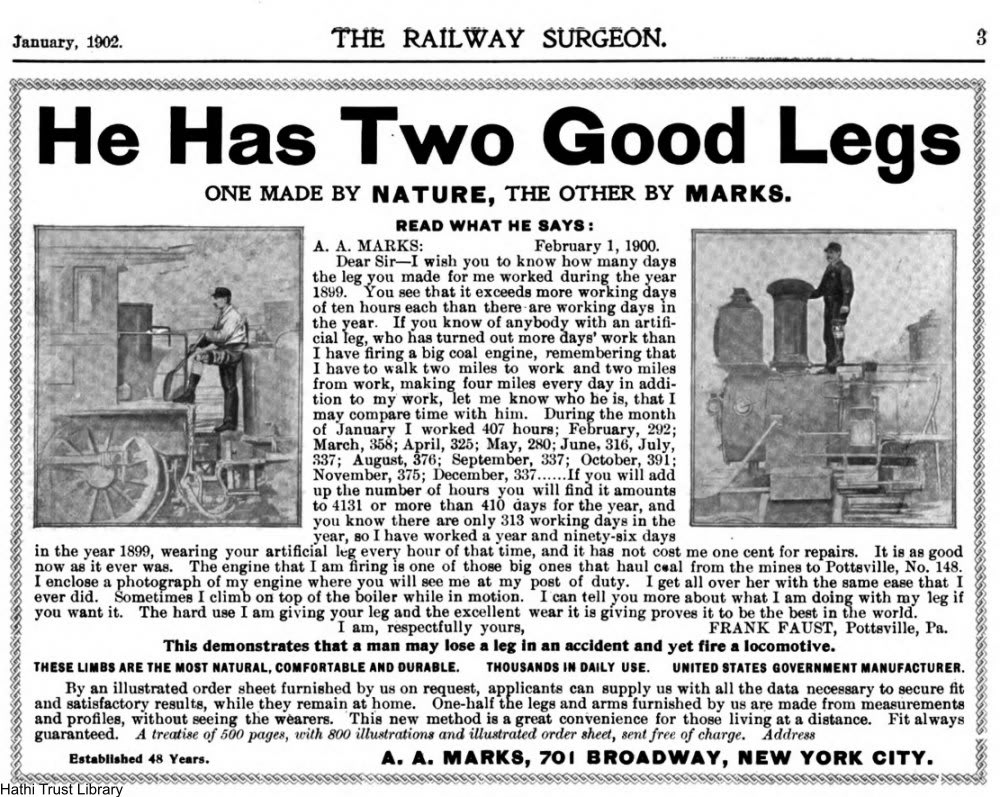 Not only did railway surgeons attend to the railroad workers, they ended up transforming the way we see on-the-job injury and care. The first of the First Aid kits were sold in the early 20th century specifically for use in rail depots and train stations. The field of trauma care was greatly influenced by rail surgeons who pioneered first responder techniques for saving lives (and limbs). Many of these techniques were not considered common knowledge for general practitioners at the time.

Railroad workers were not always fond of these doctors though, because often there was little to be done for the severely injured patients and because a portion of their small wages would go towards the funding of said doctor. In 1904 one source claims that the workers had 50 cents a month docked from their paychecks for this purpose. For reference in 1904 a trackman on the lower end of the pay scale might have made only slightly more than a dollar in one day. 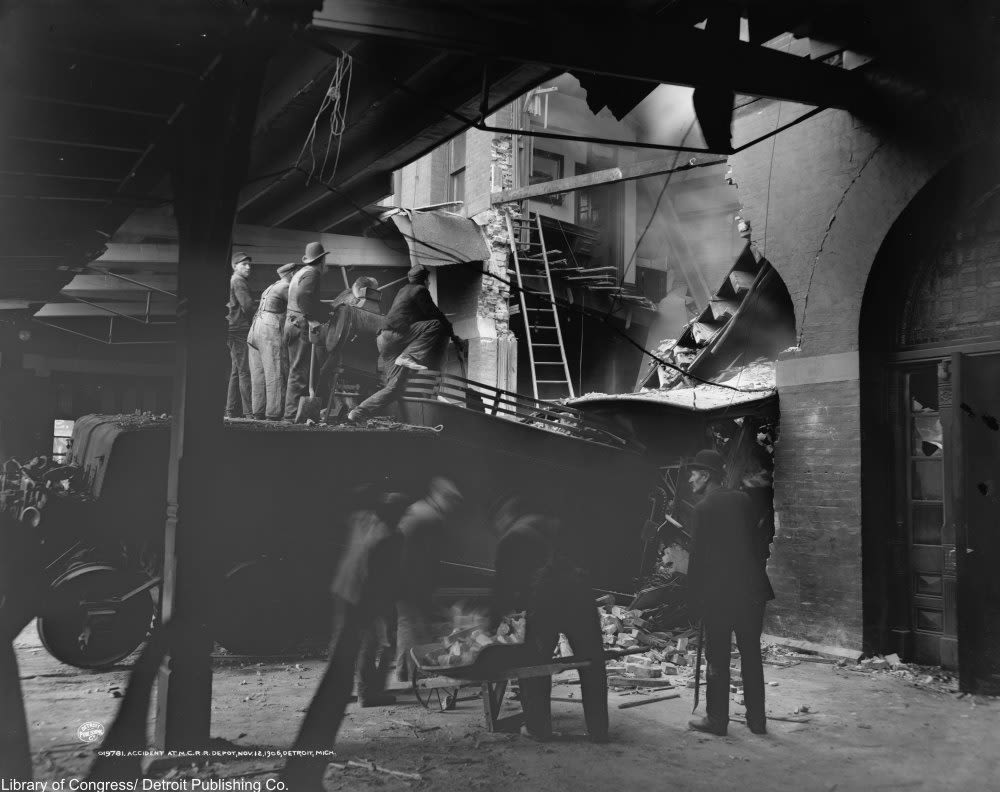 Railway surgeons were also employed to give eye and hearing tests to potential employees, to make sure they could hear and see signals down the line. The history of railway surgeons is not often talked about today (and it certainly is gruesome) but these pioneering surgeons treated injuries which otherwise would have almost certainly ended in death.