Ever Owned a Hobo Nickel? They’re Works of Art!

Going from town to town was sometimes a hard life, but many hobos chose that over being tied down to one place or getting tired of the same thing day in and day out. While many hobos were laborers looking for day work, other hobos were true artists who honed their craft with almost nothing in the way of art supplies. And one unusual way they did this was the hobo nickel. 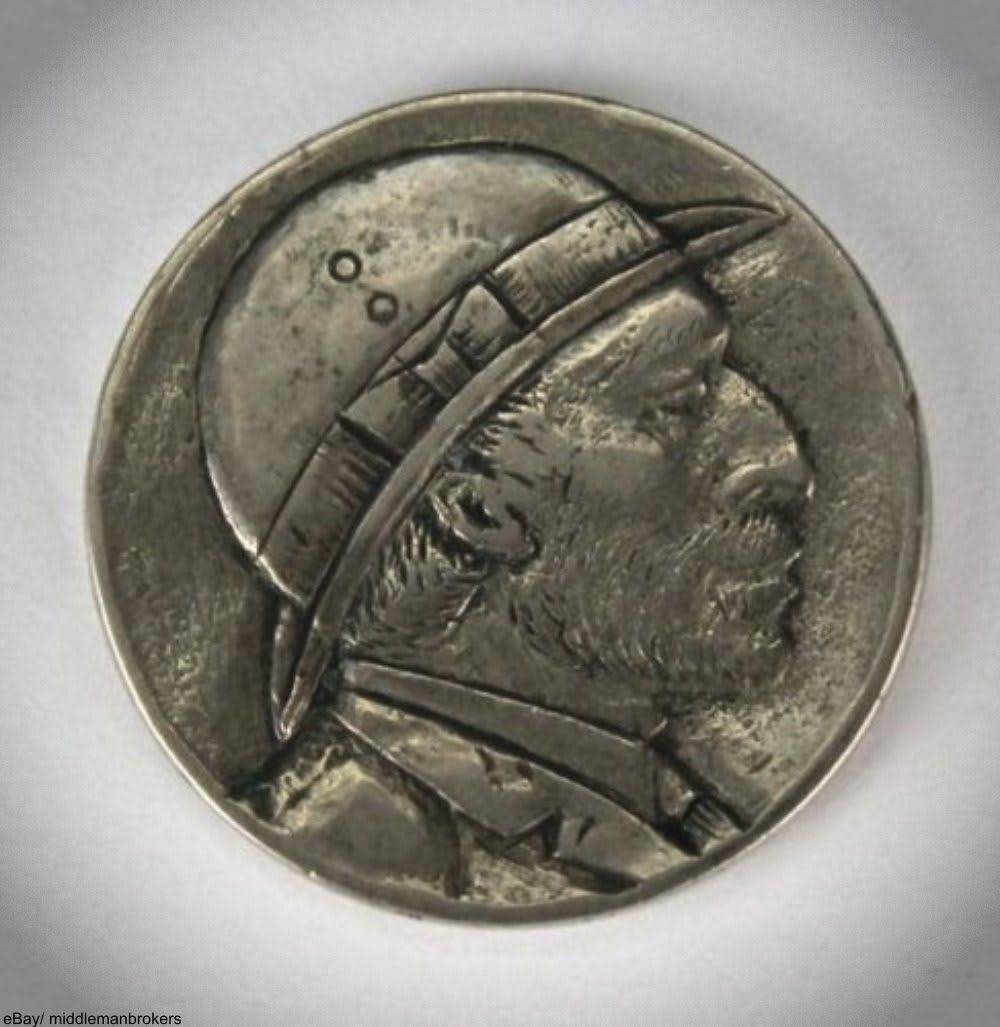 Back in the days of riding the rails with nothing but a bindle to your name, hobos had a reputation for hard work, a sense of pride, and a need for travel that was unparalleled. Many hobos thought of themselves as wandering spirits with just as much integrity as the man with a house. 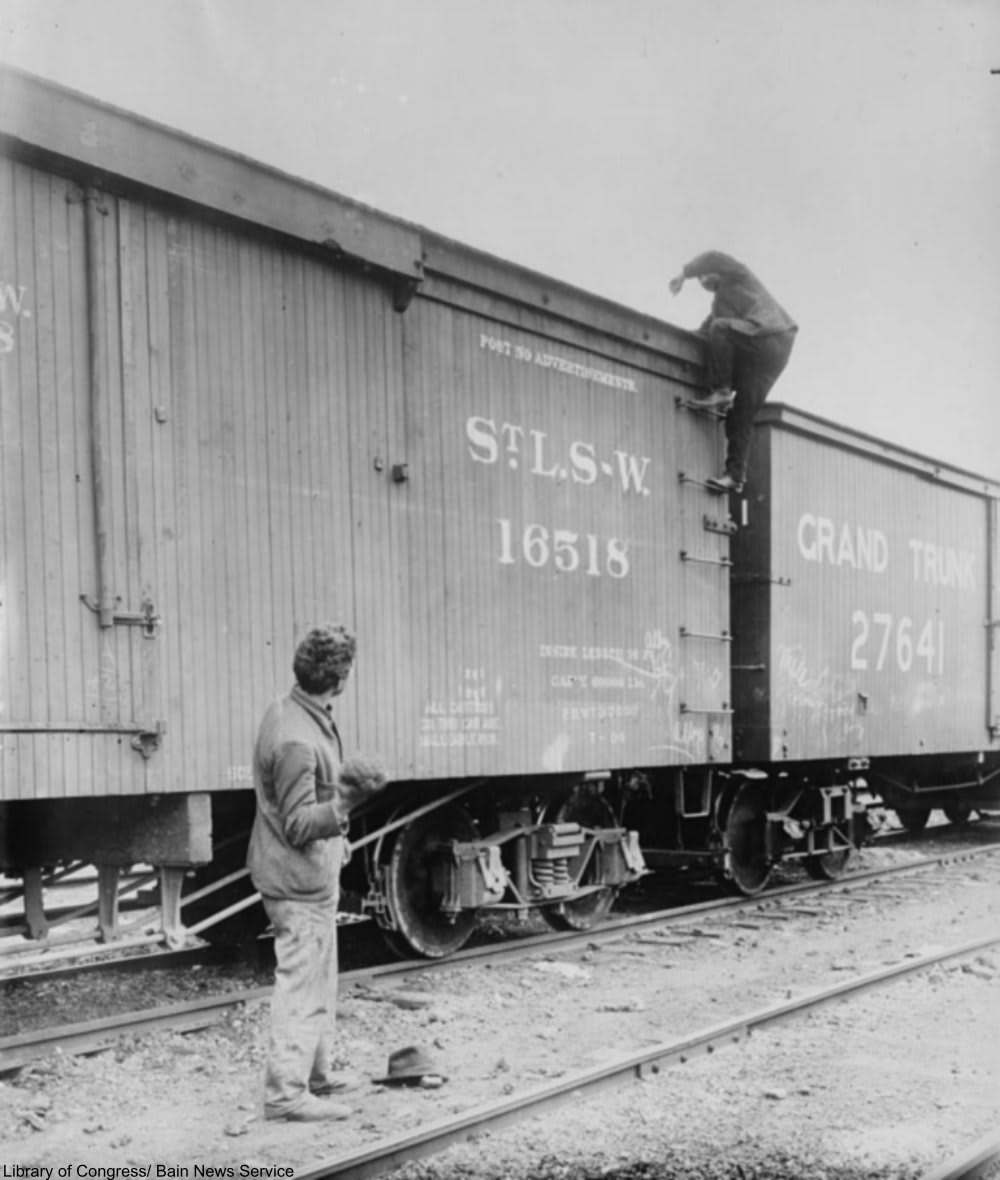 Among the many crafts that hobos were once famous for were reusing old, discarded, or invaluable things to make art. Often this art was sold as they moved around, usually to a housewife who wanted to help him out or who just though the piece looked nice. Tramp art became its own genre of folk art, always a self-taught art form and always from the barest of materials.

One of the easiest types of art to do was carving since it required minimal tools in order to achieve. All anyone needed for carving was some kind of carving tool, good light, and skill. As it turns out, the metal on most coins is plenty soft enough to carve into, making them ideal for small works of art. And, the low value of a nickel or penny -while certainly worth more back then- was still not so precious that it couldn’t be used for the purposes of art. Often these coins were spent after being carved, sometimes circulating for decades. 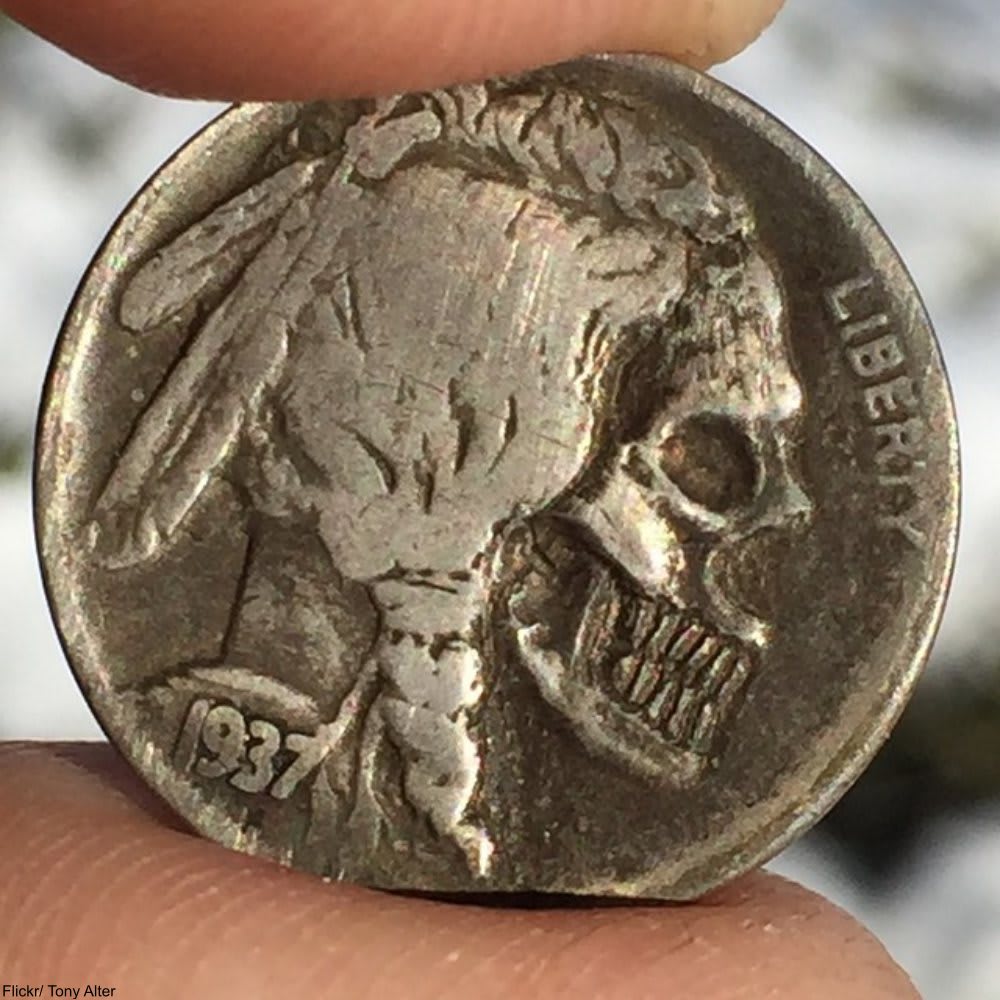 If you search eBay for hobo nickels, the most common are from the 1930s to 1970s and many of them have turned the Indian head of the Buffalo nickel (minted 1913-1938). More recent versions turn Thomas Jefferson’s face into a skull or other image. However, the hobo nickel can take many forms- it doesn’t even have to be a nickel! The term has now come to mean any type of carved coin which changes the overall look of it. The carving tools could be anything from knives to nails to screwdrivers. 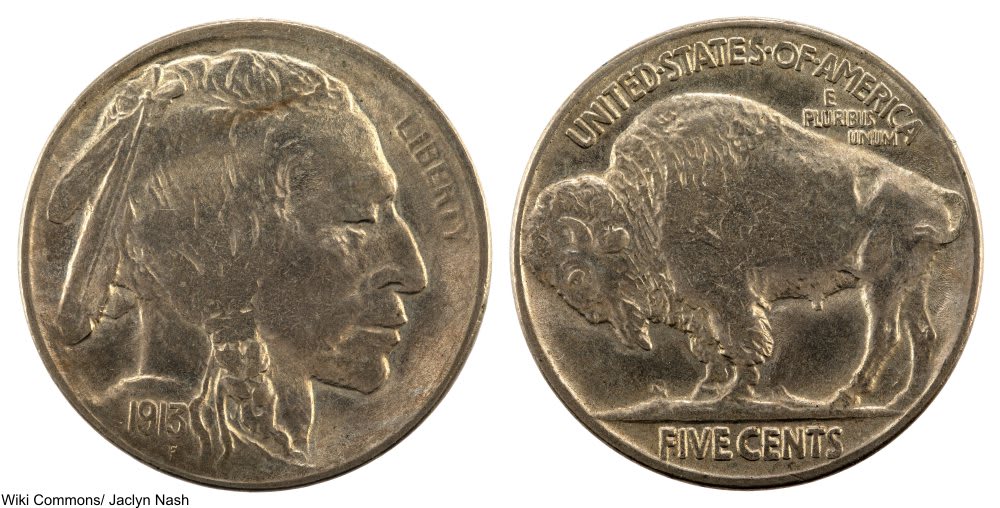 While the modern hobo had golden era so to speak in the 1910s-1930s, the hobo nickel got its start way back in the 1800s. But, the art form gained popularity during the Great Depression, when food was even harder to come by and times were tougher all around. Not by choice, many regular folk became itinerant, homeless, or migrant agricultural workers. In the shantytowns and rail yards of the 1930s the most common carvings were skulls, animals, and hobos – perhaps unsurprising given the times that these artists were living in.

The wheat penny, the silver dollar, and all manner of coins have also been used in the 20th century for this obscure art form. There is still a market for hobo nickels these days, and while original carved coins from 50-150 years in the past still command good prices, the best sellers these days are vintage coins carved in the modern era to spectacular levels of detail. They may have inlays of gold, semi-precious stones, or even mechanical parts like springs.

One such coin, a 1921 American silver dollar carved by modern Russian artist Roman Booteen, recently gained viral video status for the stunning attention detail and moving parts created on this coin! Have a look in the video below.

Hobo nickels run the gambit from fine to crude and everything in between. As such, the prices can vary wildly. An original hobo coin from the early 20th century crudely carved or worn from use may only cost $5-$20, while a witty or skillful hobo coin can bring thousands of dollars at auction. If you find one, keep it and do some research – it could be worth more than you think. And, even if it’s not a goldmine coin, you can’t beat this format for originality and pure grit.

The antique carved coins that served as love tokens: Click “Next Page” below!