An American Classic: The Fascinating History of Kool-Aid

For the cost of just one soda, you could make an entire pitcher full of a tasty sweet drink. Add ice and it was quite the refreshing summer drink. We’re talking about Kool-Aid, one of the first drinks that was successfully marketed to kids. Not unlike the grilled cheese sandwich, Kool-Aid went on to appeal not only to children but also adults. Find out more about the fascinating history of Kool-Aid below. 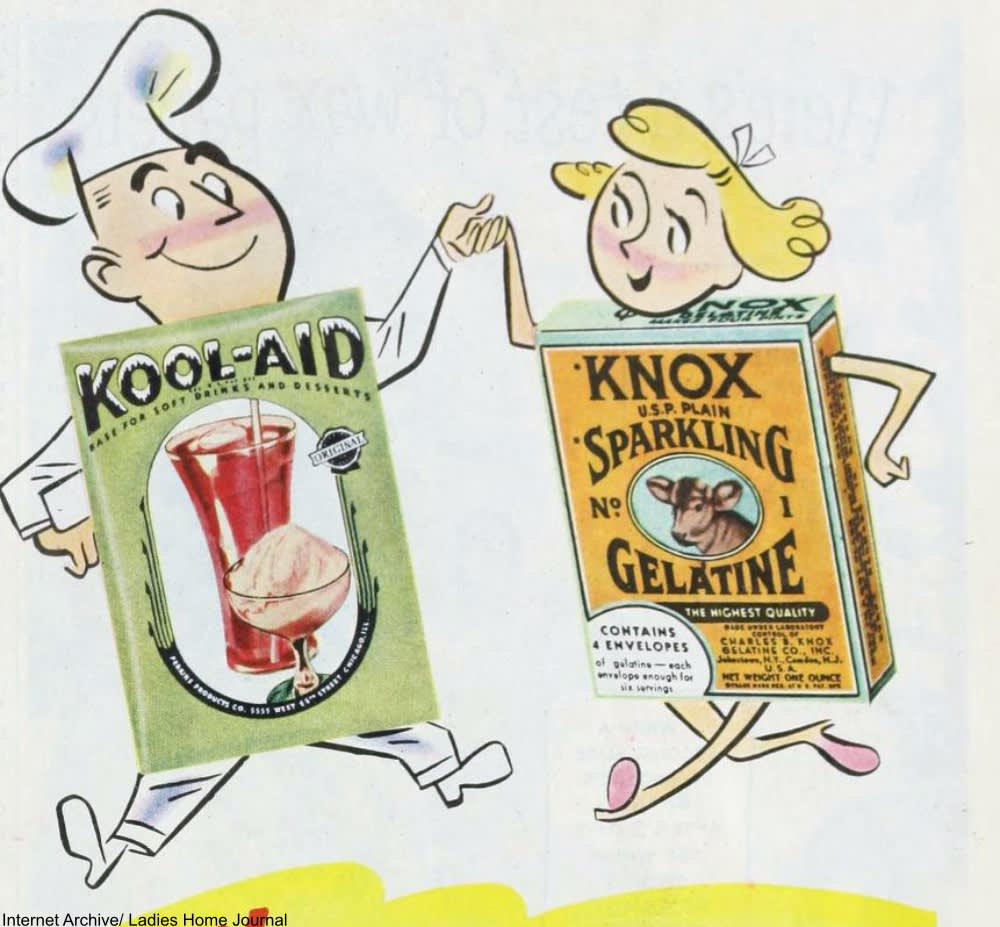 Before the Kool-Aid Man there was this guy. Via/ Internet Archive

The story begins in the 1910s when grocer’s son, Edwin Perkins, became intrigued by the efficiency and many flavors of Jell-o sold in the family shop. Perkins began to wonder if a similar method could be used to make a variety of drinks. At the time, soft drinks were not as commonly found as they are today, though their popularity was gaining every year.

Perkins began to make a series of flavored drinks for his family and in 1922 he tinkered around until he created the special recipe for Fruit Smack, which was a liquid concentrate. This forerunner to Kool-Aid was sold via mail and the orders were filled at his family’s store. Perkins sold a few other products via mail order as well, but ceased when the Fruit Smack portion of his business dominated his time. The original came in 6 flavors (lemon-lime, cherry, strawberry, orange, grape, and raspberry).

Perkins would go on to discover that an evaporated form of Fruit Smack would make an easy-to-mix powder drink that was cheaper to ship and never resulted in broken glass from bottles. Now cheaper and easier, Perkins renamed it Kool Ade (the name was later changed to Kool-Aid). The original cost per packet was 10 cents, but Perkins slashed the price in half during the Great Depression in order to retain customers. His plan worked and soon Kool-Aid became a household name, a brand found in many homes with children. 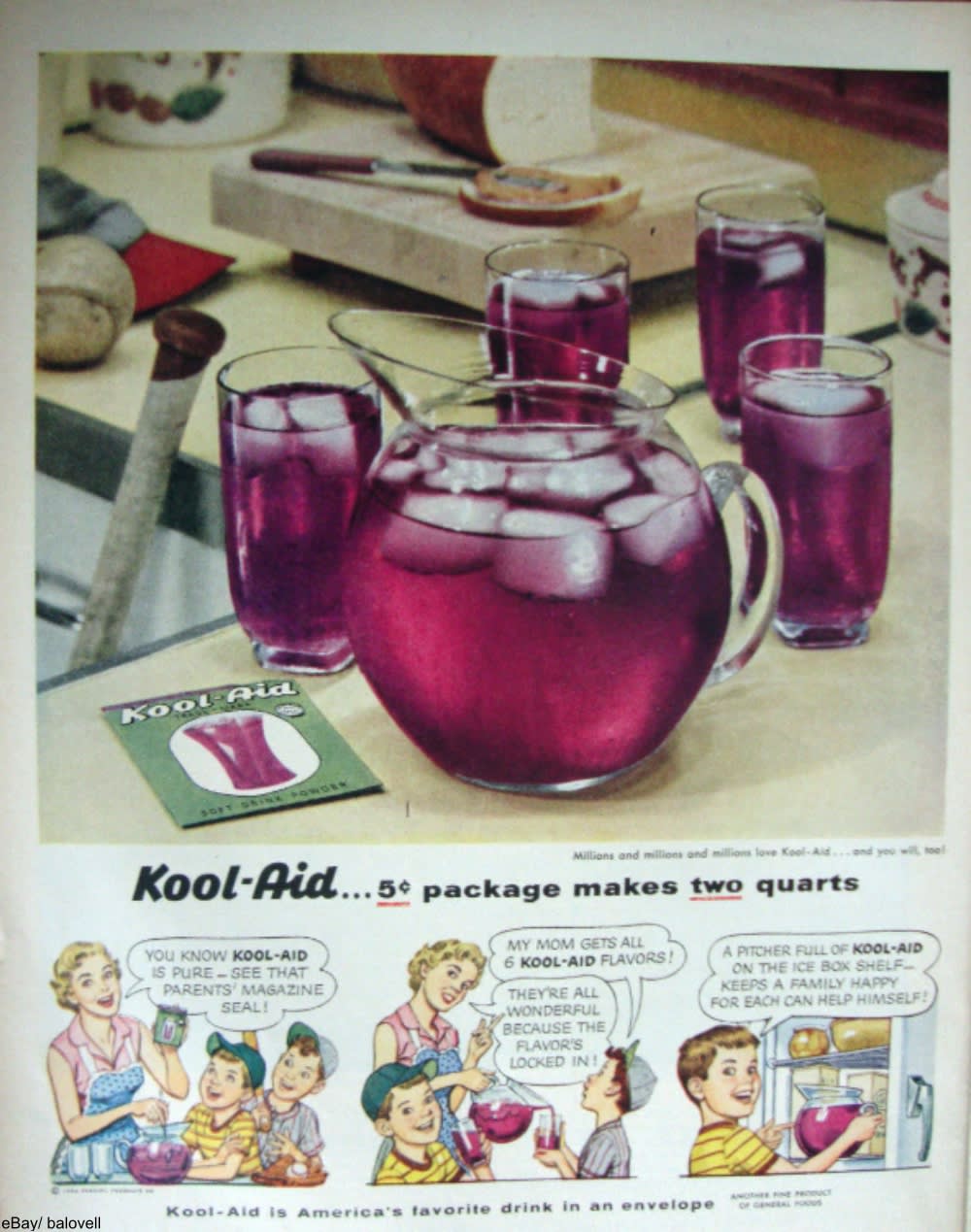 The fruity flavors became associated with summer time fun. Recipes for how to make popsicles and other frozen treats using Kool-Aid only added to this reputation. The rights to the Kool-Aid name, logo, and recipe were sold to Kraft Foods in 1953, at which point the brand was represented first by cartoon characters like Bugs Bunny and later by the in-house Kool-Aid Man who smashed through walls in order to get children their favorite drink. 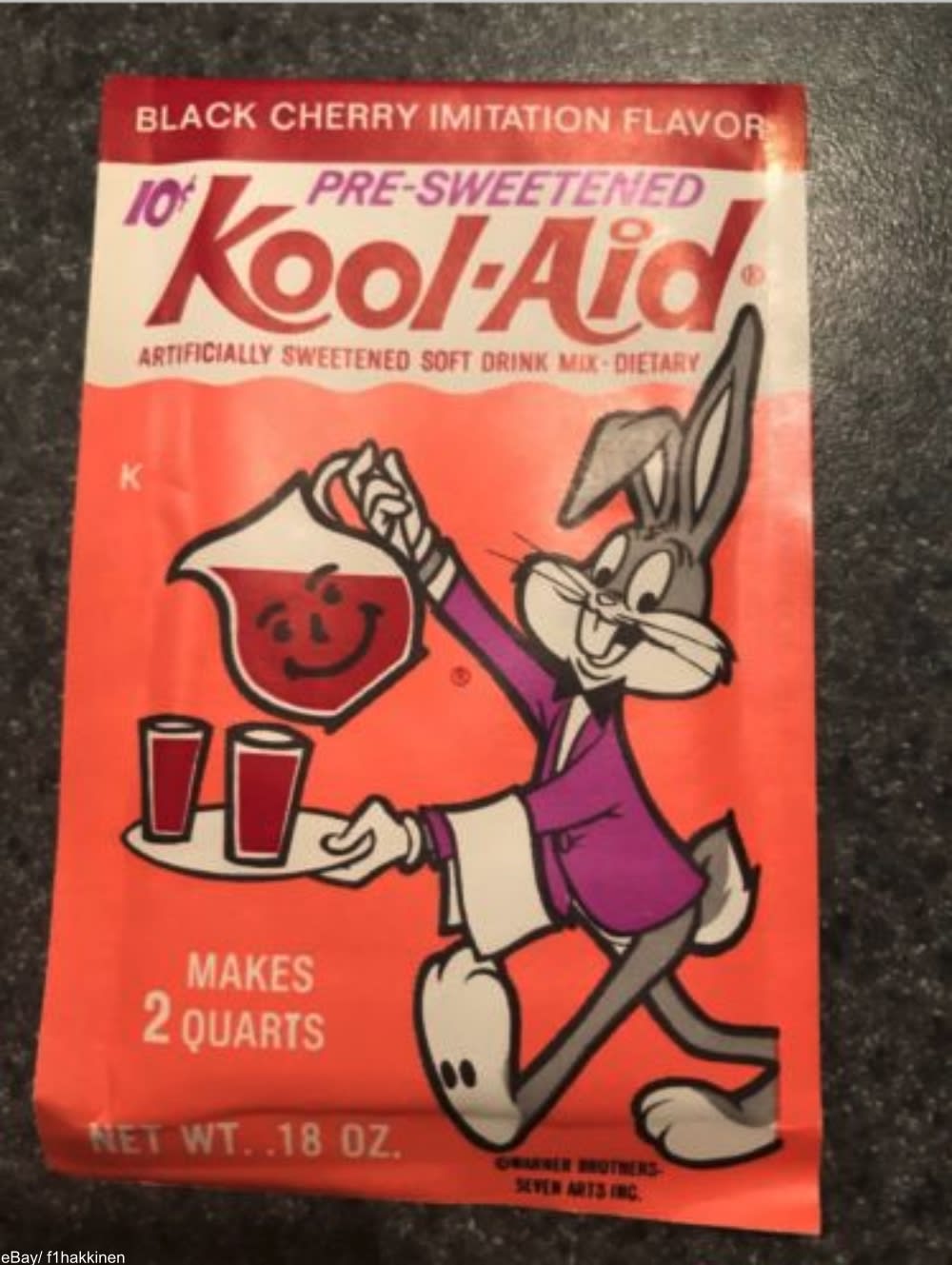 One of the more modern flavors: black cherry. Via/ eBay

The flavor range was expanded and the drink became even more popular. Kool-Aid became synonymous with summer for many folks. The brand has launched several kinds of merchandise, most notably the now-classic Kool-aid pitcher and glasses, which are still collectible today. Ready-to-drink Kool-Aid flavors also became available, in squeeze box and bottle form. 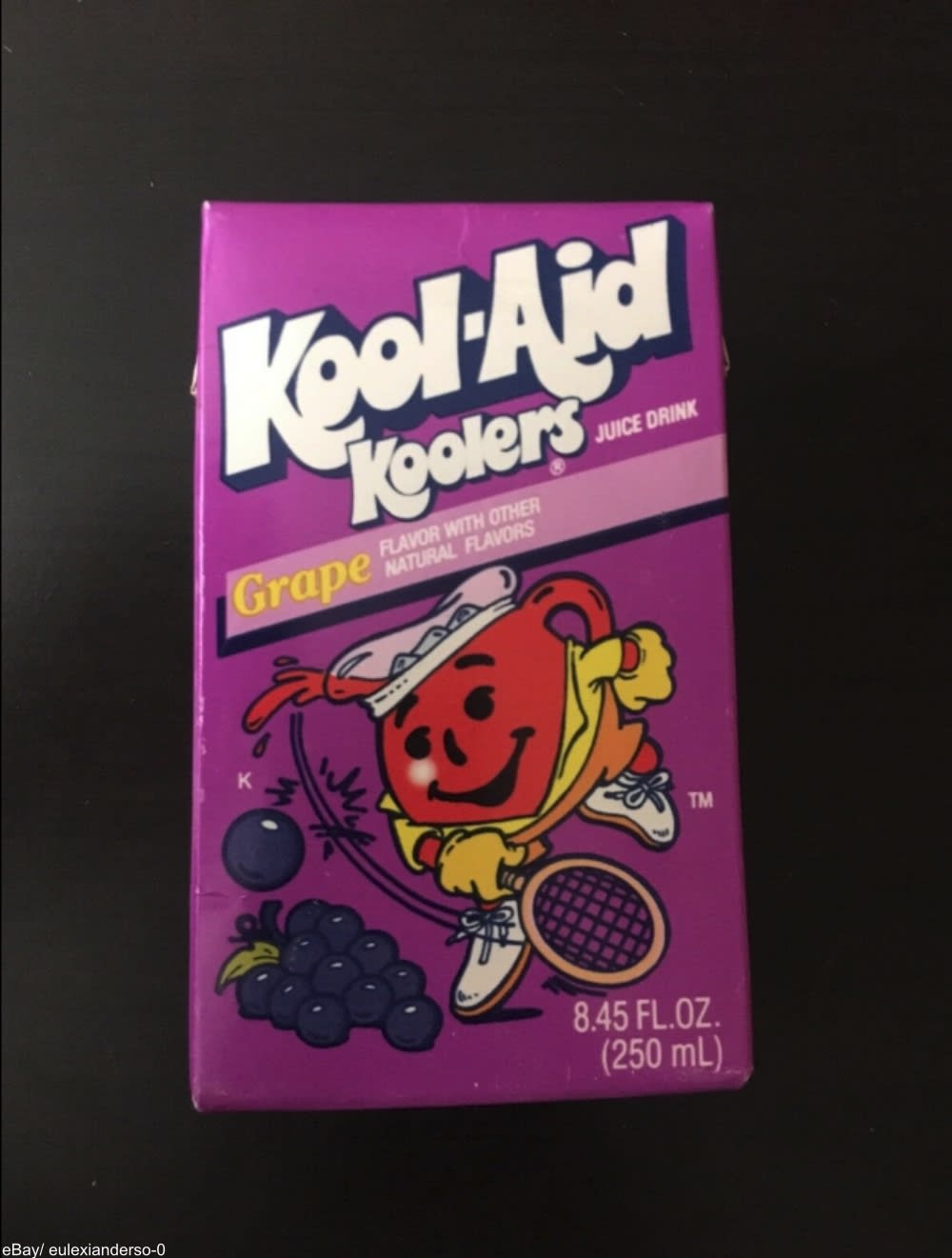 As America became more fascinated by sodas and juices, Kool-Aid became a less popular drink, despite still being quite economical. But, there’s no doubt that without this pioneering brand there wouldn’t be the wide range of powdered beverages found in the supermarket today. And, if kids aren’t drinking the stuff then there are plenty of people who are eating fried Kool-Aid at fairs and on boardwalks!

Space foods we couldn't get enough of as kids: Click “Next Page” below!